1More might not be the first name you think of when it comes to gaming headsets, but having launched their first pair of gaming headphones late last year in the form of the Spearhead VR, they're now following it up with an even higher-end sibling, the Spearhead VRX - because everything sounds better with an X on the end.

In this case, though, the X may well be warranted. While it shares much of the same DNA as the regular Spearhead VR, including its 50mm graphene drivers, subtle RGB lighting and suspended headband design, the VRX throws professional audio wizards Waves' fancy 3D audio Nx tech into the mix, supposedly giving it a more authentic surround sound experience than the usual virtual 7.1 systems you see on other headsets. Is it worth £190 / $200 though, and is it enough to earn it a spot on our best gaming headset list? Let's find out.

You'll have to use its USB connector and download 1More's VRX driver software to take advantage of the headset's 3D audio (using the bundled 3.5mm connector with a combined headphone and microphone jack will only let you listen to regular music and use the mic - the rest of its features are disabled), but you'll need to do this anyway if you want to alter the RGB lighting on the mic, ear cups and headband base or fiddle around with its plentiful supply of EQ settings.

I actually had a small issue getting the software to work initially (unplugging the headset's micro USB cable and reconnecting it again managed to solve it, thankfully), but 1More assured me this is being looked at and should hopefully be fixed very soon.

Once I eventually got it working, though, it was all pretty intuitive. There are three large dials for volume, microphone volume and the rather strange sounding 'vibration' mode (more on that in a bit), as well as a button for turning on the mic's environmental noise cancellation and further menu options for the light controls, EQ settings and enabling the Waves' 3D audio head-tracking magic. 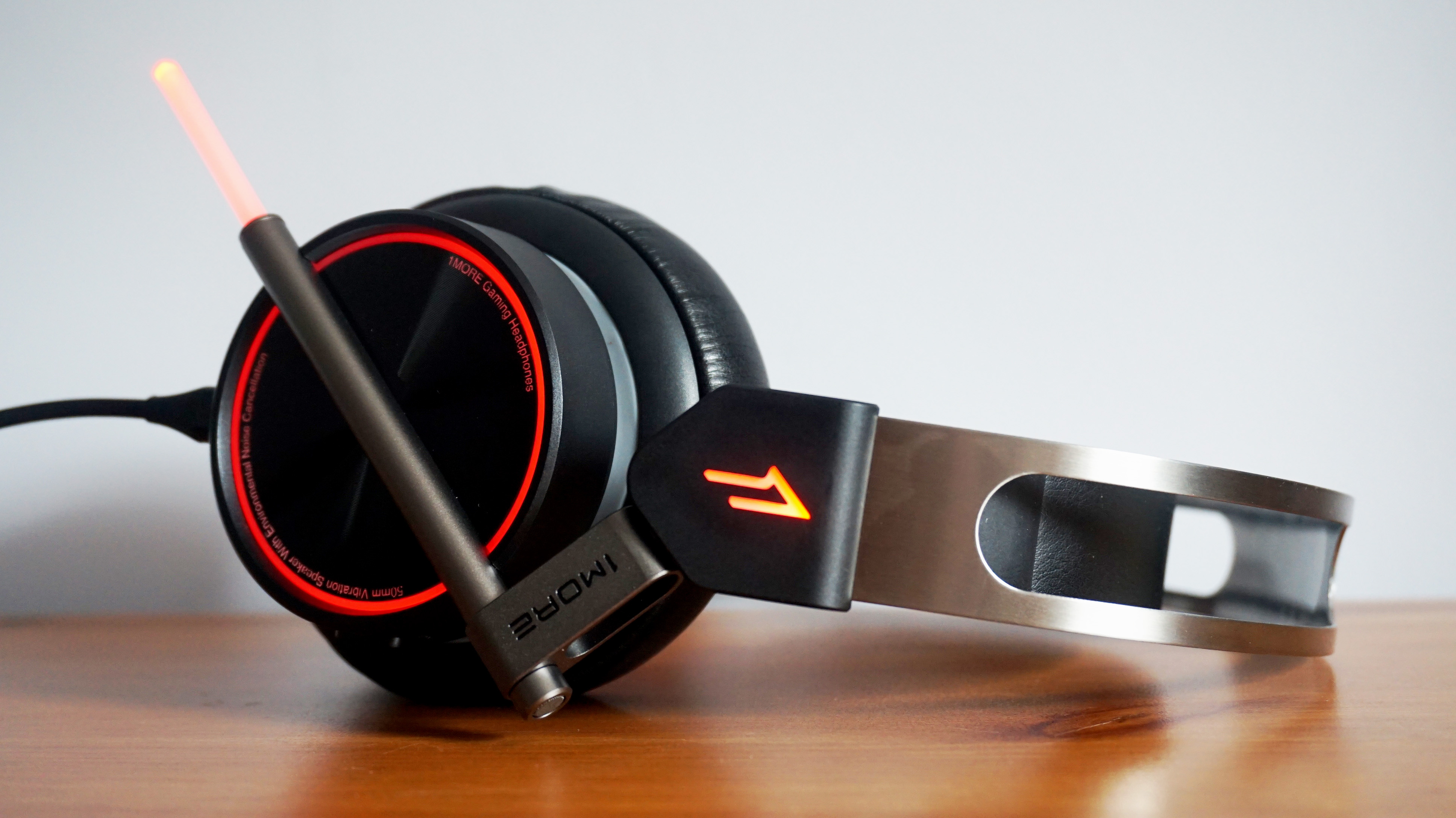 With everything set up after a couple of clicks, I went straight in with a bit of Doom. Now I know the head-tracking probably won't be much use outside of VR - after all, most of us play games looking straight at a screen, not swishing our head from side to side - but in the name of science (and absence of a proper VR headset), I thought I'd do a bit of head-bopping to see if it worked properly. And work it did, as demon death rattles shifted seamlessly from ear to ear as I turned my head from side to side, while incoming plasma bullets felt like they were racing past my head as I strafed across the outer wilds of Doom's UAC base.

The best thing about the VRX's 3D audio, though, is how it manages to open up the soundscape to create a balanced sense of space. In Doom, everything from its pounding bass to its raspy demon cries had plenty of room to flex their respective aural muscles, and not once did one manage to overpower the other. It was far more effective than other virtual 7.1 surround sound systems I've tried on other headsets recently, and I felt completely immersed right from the get-go.

The only time the Spearhead VRX appeared to struggle was when I tried cranking up that so-called vibration mode. Don't worry - the headset itself doesn't actually vibrate like an audio equivalent of the N64's Rumble Pak. Instead, it's essentially an on-the-fly bass control, which you can also adjust on the headset itself using the secondary function on the clickable volume slider.

I'm actually pretty enamoured with the idea of having a separate bass control like this, as it not only gives the Spearhead VRX a lot more flexibility than other high-end headsets, but it also means you don't have to put up with how it's been tuned by the manufacturer. If you like lots of bass, you can have it. If you don't, no worries. I wouldn't recommend pushing it too high, however, as this just mashed all sense of detail into oblivion in Doom and turned its already bass-laden soundtrack into a bit of a headache-inducing cludge.

Regardless of how you end up customising the bass, though, the Spearhead VRX's 3D audio experience isn't necessarily the be-all and end-all of virtual surround sound systems. When I switched over to listen to Hellblade's opening boat sequence, for example, the main narrator sounded a bit off, almost as if she were speaking to me from inside the recording booth itself. In fact, several of the voices inside Senua's head had the same tinge of artificiality about them, as if all the warmth and soul had been stripped out of them. Instead, they were very clinical and airy, and adjusting the bass did little to help rectify things.

It's hardly game-breaking, but it was disappointing nonetheless, as I've tested plenty of other regular 7.1 surround-touting headsets that have fallen into the same trap. It's a shame, really, as the rest of the game sounded superb with 3D audio. There was a palpable sense of menace as Senua paddled through the mist, and the rushing wind and teeming forest sounded truly alive as I ran through the game's opening area.

Unfortunately, the same thing happened when I booted up Final Fantasy XV as well. While there's less talking in this particular game, Noctis and the rest of his boyband's battle instructions had a similarly artificial echoey-ness to them, almost like they weren't grounded in the same reality as the rest of the game's soundtrack. 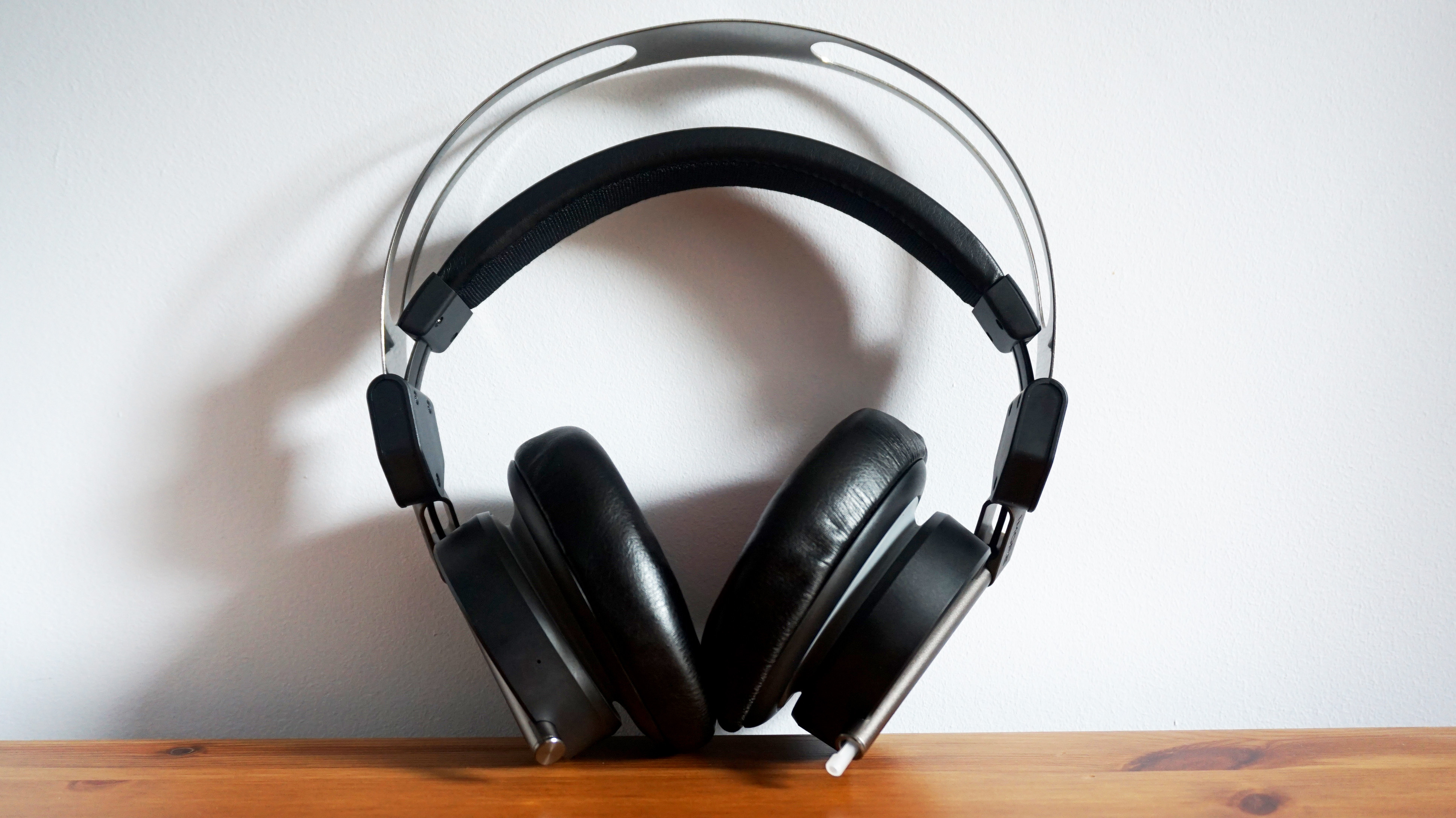 Admittedly, both games sounded a lot better when I switched 3D audio off, but that rather defeats the entire point of spending so much on this particular headset. Yes, voices immediately sounded a lot warmer and realistic with 3D audio turned off, but neither game felt quite as spacious and atmospheric as they did with it on.

Away from games, the Spearhead VRX has plenty to recommend it as a general listening headset - as long as, once again, you keep the 3D audio switched off. On, Final Fantasy XV's Hunt or be Hunted track became a tinny mess of underpowered strings and overwhelming bass, but disabling it returned everything back to its usual measured self.

The Spearhead VRX managed to keep its cool in busier tracks as well, whether it was guitar-laden rock music or delicate piano ensembles. You can always mess around with the EQ settings if you prefer a slightly different sound, too, as it not only has a very sensible and noticeably different set of preset modes, but you can also create your own if none of them suit your particular tastes.

The only problem is that there are plenty of other headsets out there that sound just as good as the Spearhead VRX sans 3D audio for a lot less money. 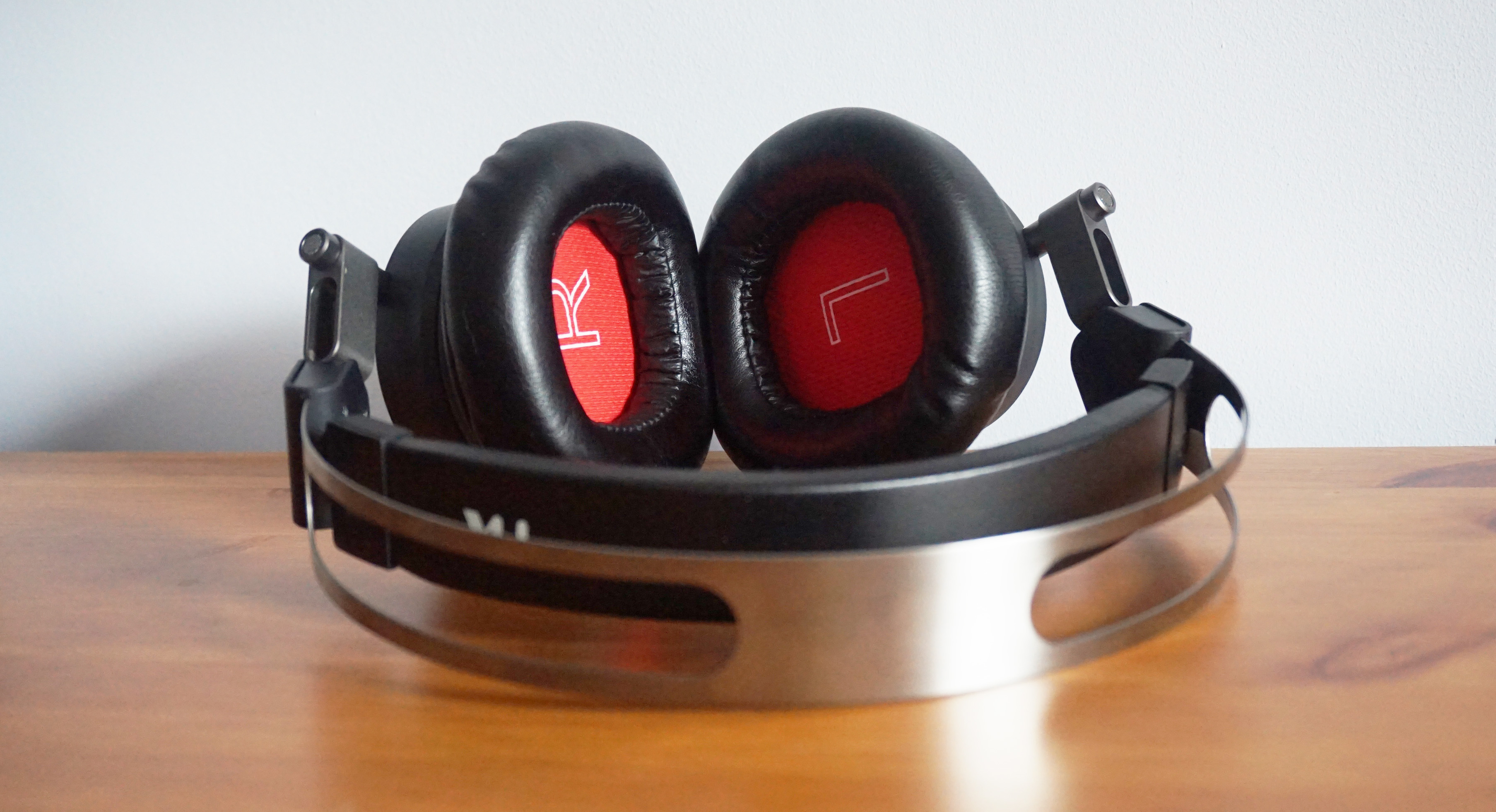 There are also plenty of other, cheaper headsets with better microphones. Bizarrely, the manual makes no mention of where the mic actually is on the Spearhead VRX - only that it has a 'retractable LED lighting tube' whose translucent body definitely doesn't look like it has any electronics in it.

Wherever it is, it picked up my voice with startling clarity regardless of whether the tube was in or out when I recorded myself talking in Audacity, but the resulting chat had nevertheless a rather hollow, slightly echoey timbre to it, as if I was wittering away on the bog instead of at my desk. Turning on the environmental noise cancelling improved things slightly, but it still sounded a bit echoey and unnatural. There are certainly worse microphones out there, but at this price I'd expect better. At least said tube has a full-length LED that turns on when the mic's muted, though, so you know when to safely take a swig of tea without slurping in everyone's ear.

I really want to like the Spearhead VRX, as Doom just sounded so brilliant with everything turned on. But when the illusion of its immersive 3D audio falls apart as soon as someone opens their mouth, that's a big turn-off, especially when it costs as much as it does. I also found that, despite its comfy suspended headband design, its faux leather ear cups not only tended to pinch my jawbone after about an hour or so of use, but the top of my ears started to get a bit sore as well, which only makes me yearn for something like the Steelseries Arctis 7 even more. I'll try and update this review if I can lay my hands on a VR headset to see how it copes in proper head-tracking 3D audio situations, but for general game playing, the Arctis 7 is still my headset of choice.