Let’s help out our old pals Fritz and Matthew, who have come up with a daring plan to clear their debts. You’ll find them at the Inn in the Glade tavern that lies to the northeast of Ledetchko and northwest of Neuhof – speak to both Matthew and Fritz for the lowdown on the plan. They put you onto the landlord, Andrew, who leads you down to the cellar before telling you that he wants you to recover a few pieces of Cuman armour. How you get them is up to you, but he marks a few places on your map where Cuman camps, and therefore their armour, can be found.

Get the Cuman armour

You’ll need three Cuman helmets with face shields, and three pieces of heavy torso armour. Andrew’s markers lead to Cuman camps to the east and west of Uzhitz, and to one not far from the tavern, although depending on when you start this quest, you may already have some armour parts on your person. Matthew and Fritz aren’t any help, so if you want to face the Cumans head-on, you’re going to be going solo.

Let’s start with the nearest camp (quest marker D) , which can be found in the forest northwest of the tavern. Five Cumans have settled here and will attack on first sight – quite a battle unless your combat skills are notably high. If you’re intimidating enough, however, you can scare some of them away, making the battle much easier. When you’ve won – presuming you did win – take as much armour as you can find/carry, then proceed to another camp if you’ve not gathered enough. 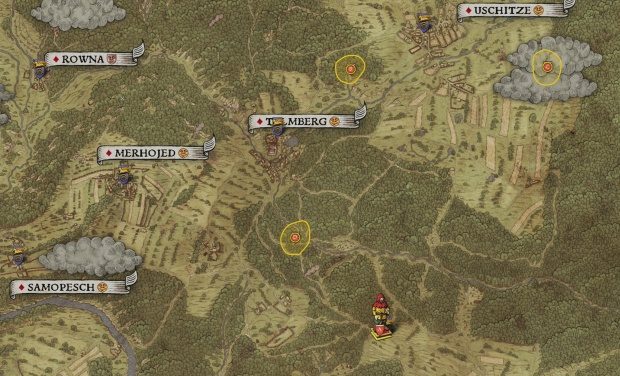 The Cuman camp marked with a B is the easiest place to head to next, as only three Cumans are present there. If that still sounds like a challenge, you can try to pull the archer away, or approach the camp at night and poison their wine. 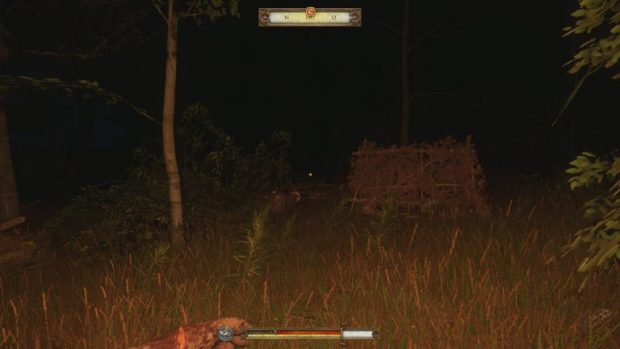 If you’re taking the sneaky route, don’t bother attempting to open the chests, as they’re empty and may alert the sleeping men. You probably know by now that you can assassinate them in their sleep – although it doesn’t always work, so save before.

Once you’ve gathered the armour pieces, hand them over to Andrew, who decides that the armour is no good. This armour doesn’t make you look like a Cuman – or, more specifically, what people think Cumans look like, which is what you’re really going for. Milomir knows what a ‘real Cuman’ looks like, apparently, and you’ll find the man in front of the tavern.

Ply him with alcohol and Groschen and he’ll tell you some tall tales, before directing you to three others who will hopefully be more helpful.

Three new markers will appear on your map. A points to the Coal-Burner camp northwest of the tavern, which is only a short ride away. There you’ll find Brinus, who doesn’t have much to say except that Cumans use black feathers as decoration. Olena you’ll find on the eastern edge of Talmberg, who reckons that they adorn themselves with fangs. Vashek you may already know from the side quest At Your Service, My Lady – he’s the stable boy at the Uzhitz stables. He believes that Cumans use dog skin as part of their armour.

You don’t necessarily have to find raven feathers or wolf teeth – any black feathers and animal teeth will do. And despite Vashek suggesting killing a dog at night, you can just buy dog leather from a tenner for about 10 Groschen. The same applies to feathers and teeth, in fact – you can buy teeth from hunters, for example Berthold in Rattay, and feathers from most alchemists, for example the herbalist in the small forest west of Neuhof. 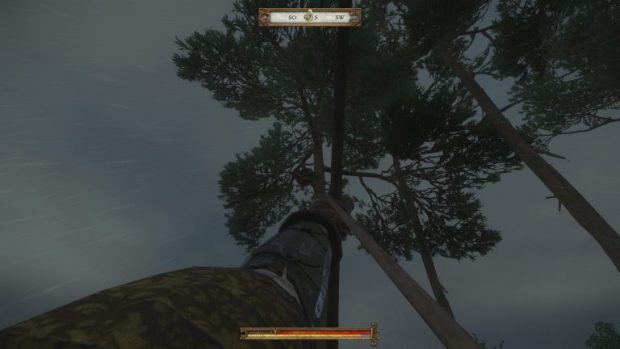 Otherwise, nobody will stop you from just killing a dog and skinning it, even though they obviously should. Feathers you can find from bird’s nests (you might need to shoot them down with your bow), and teeth, well, those you’ll find on the bodies of animals, obviously. Once you’ve found the items, return them to Andrew for your reward.