The starting point for this quest is the town of Rovna, east of Skalitz, which is little more than a ruin full of piles of dead bodies. Henry decides then that he should give his parents a proper burial, but first he’ll have to make his way through Rovna, past plenty of corpses to plunder, not to mention bandits who will attack you if you get too close. These grave-robbers aren’t heavily armored, so you shouldn’t have too many problems taking them on as you progress through the town and onto Skalitz.

Search for your parents

You arrive to find that your hometown has been completely destroyed, with corpses and debris everywhere. Naturally, you should loot what you can before heading to your parents’ remains, who remain out on the street, right where they were cut down during the introduction. Not wanting to leave them there, Henry reasonably decides to bury them at his former home, for which he’ll need to find a shovel. 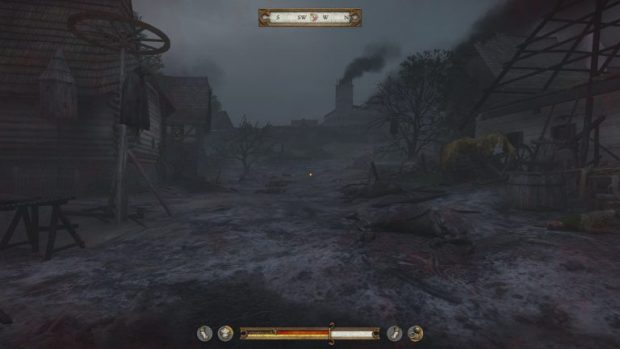 The game now gives you a yellow perimeter on the map that covers the entire village – hardly a precise marker. You can either search for the shovel yourself, or walk back the way you came, towards the north village entrance, keeping your eye on the main road to the left. After a few meters you should hear a dog barking – head towards it to trigger a cutscene in an alleyway. Henry meets a grave-robber named Zvyshek, who happens to have a shovel. What luck. 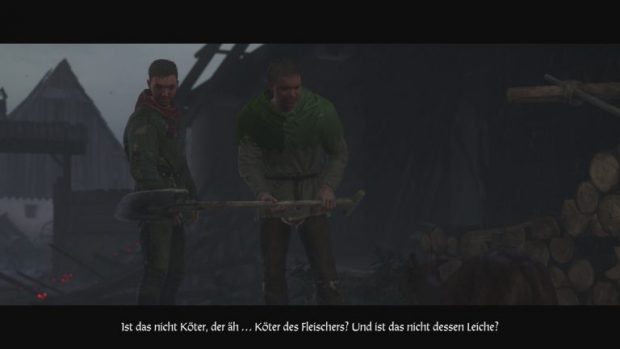 Naturally, Zvyshek won’t just hand over the tool, no matter how nicely you ask for it, so your options are to use your speech skill to threaten him, or to fight him for the tool, which won’t be easy. However, if you pull out Radzig’s sword during the ensuing fist-fight he’ll be so intimidated that he’ll leg it, leaving his precious shovel behind.

Dig a grave under the linden tree

Return to your former home. Nearby stands the linden tree under which your father wished to be buried. It’s time to fulfill his final request. Look at the ground next to tree and interact to begin digging; when you’re done, trouble finds poor Henry once again. Zvyshek returns with reinforcements, including a bruiser somewhat ironically named Runt. If it seems like a battle you can’t win, then you’re right, as you’ll lose no matter how skilfully you fight. Henry is whacked on the bonce and falls to the ground. 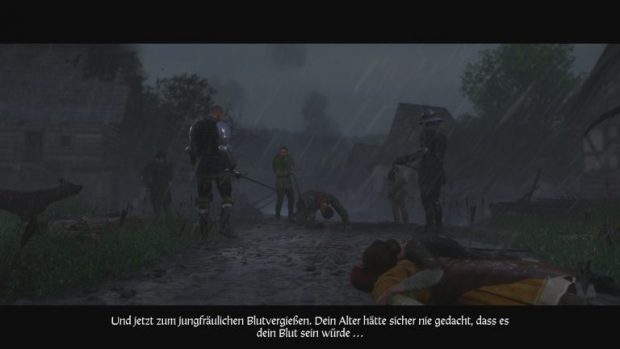 Before Runt can deliver the killing blow, however, backup arrives to save the day. Or, at least, your life. When you wake up next, Kingdom Come’s training wheels will finally come off, and the real adventure can begin.

Minecraft Dungeons is getting cross-platform multiplayer