PC games usually fall into two camps when it comes to recommended specifications. There’s the ‘Yes, you’ll probably be fine’ category, and the ‘SWEET LORD CRYSIS 3 IS ABOUT TO MAKE MY PC MELT’ bracket. Final Fantasy XV, the anime boyband stag do roadtrip JRPG, almost certainly falls into the latter, so I got together a bunch of graphics cards to see how they fared against the almighty Square Enix behemoth.

Now this is by no means a complete list of all today’s available or indeed best graphics cards (yet, anyway), but it should hopefully paint a reasonable picture of what you can expect to get out of it if you’re not quite sure whether your PC’s up to the task. And who could blame you, when the recommended graphics card is a chuffing 6GB Nvidia GeForce GTX 1060 or AMD Radeon RX 480?

So here’s how this is going to work. Right now, I’ve tested four graphics cards, which you can jump to below, but I’ll be adding more to this list as and when I get hold of them. I’ve also tested each one at 1920×1080, 2560×1440 and 3840×2160 (4K) on a variety of different graphics settings, both with and without Nvidia’s fancy Turf Effects, Hair Works, ShadowLibs and power-hungry VXAO effects (more on what all these mean below), all with the aim of getting a smooth 60fps with the fewest number of compromises.

In case you’re unfamiliar with Nvidia’s GameWorks gubbins, here’s a quick rundown of what each one actually does. 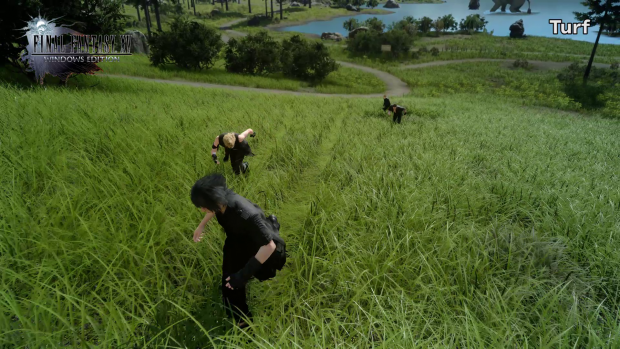 Turf Effects: One of the best effects you want to try and include, Turf Effects makes Final Fantasy XV’s luscious grass fields a lot more realistic. Rigid tufts suddenly transform into swaying fields of green that bend and yield as you trudge through them, and delivers one of the most immediate and obvious improvements over its console brethren.

HairWorks: Nvidia’s floaty hair tech has been employed in many games over the years, but normally you only see it applied to the lavish locks of the protagonist. In Final Fantasy XV, monsters have been given the HairWorks treatment as well, turning rough, shorn-looking creatures into majestic fluff beasts. Another effect you definitely want to try and include if you can. 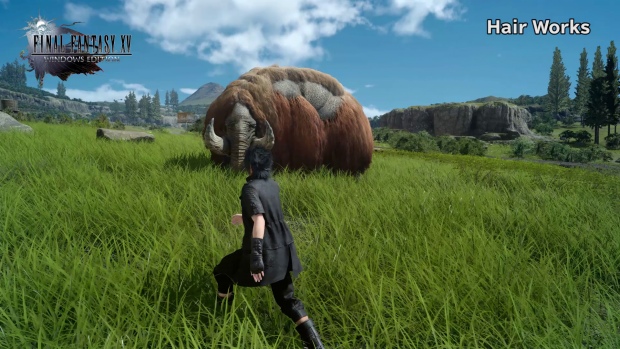 Shadow Libs: As its name implies, this is all to do with the game’s lighting. It’s not as fancy as the game’s ambient occlusion (below) effects, but this lets characters cast much more accurate, detailed shadows on the ground. Again, a nice effect if you can manage it, and one that doesn’t eat up too many frames over and above Turf Effects and HairWorks.

Voxel Ambient Occlusion (VXAO): The most demanding setting of the lot, VXAO makes shadows appear much more natural and realistic, adding a greater sense of depth perception to any given scene. I found this didn’t make a particularly noticeable impact when playing about with its various settings, and given it eats the highest number of frames out of the four, you can definitely get away with leaving this switched off.

Without further ado, then, click below to skip to the results for each graphics card: