Your requests for turn reports incorporating moving images have been noted. While Overlordy will remain an exclusively words and jpegs affair, reportage for next year’s communal CM marathon will, touch wood, incorporate some video highlights. If I’d had a cine camera during the complicated, chaotic turn recounted below, I suspect it would have spent most of its time ogling the action swirling around Larcher, our doughty, seemingly indestructible pioneer leader. 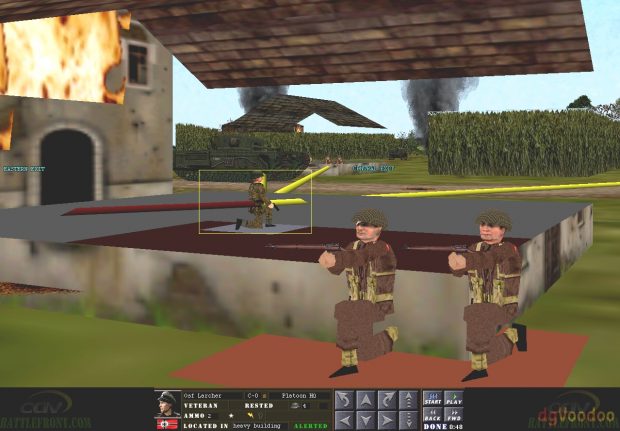 There was a spell early in the turn when it seemed unlikely that the pioneer HQ would see T+60. Left alone in the house at j12 when the nearby FJ squad withdrew, Larcher and his assistants soon found themselves cut-off, a squad of British infantry having bypassed their position. 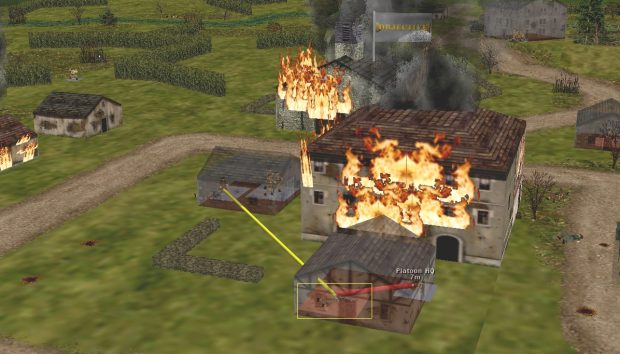 In a commendable but ultimately fatal unsanctioned counter-attack, Schenck, the FJ platoon leader, attempted to dislodge the interlopers, but in the end it was the battered remnants of Stein’s pioneer squad, firing from a cottage behind the hotel, that helped Larcher reduce the British flankers to a single scared rifleman. 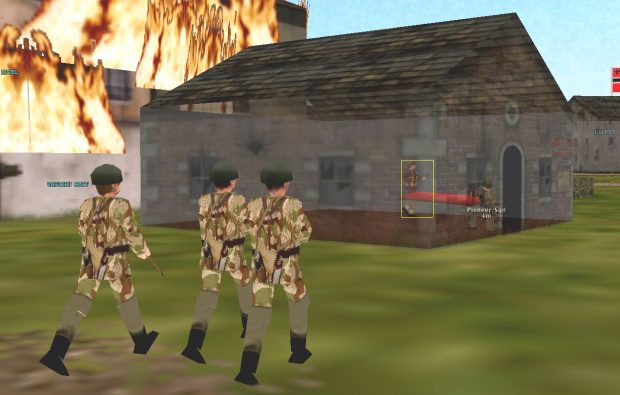 Moments before making this vital contribution, Stein’s squad, all two of them, had survived a nailbiting CQB with a party of attackers who’d moved north on the eastern side of the hotel, clashing with the churchyard FJ squad* as they did so.

*For unknown reasons – the death of Schenck? – these German paratroopers had left their assigned position and were heading back into the centre of the village at the time. 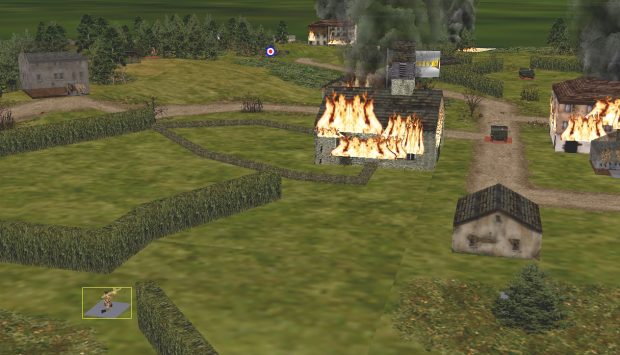 While the Wasp chose to watch Turn 15’s twists and turns passively from afar (k16), its sibling, the Bren Gun Carrier, got stuck in, joining the British push east of the hotel. The squat scurrier ends the turn tantalisingly close to our rocketmen, who’ve finally reached the village centre after a long, tiring hike from the northern map edge. 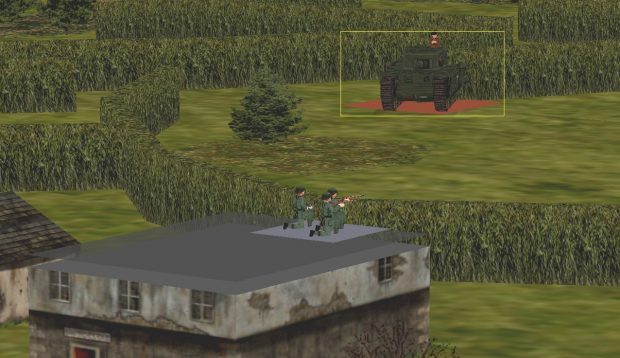 German defenders at West Wood and the bakery remain confident and casualty-free. For a horrible moment in the middle of the turn it appeared the AVRE was about to fling a 290mm “flying dustbin” at the riflemen upstairs at d21, but happily the attack never came.

Undisturbed, Nerbul’s lads, and the flamethrower team at b22, were able to break up a second British drive through the pines – this one involving a PIAT team as well as a rifle squad – with a mixture of lead and liquid fire. 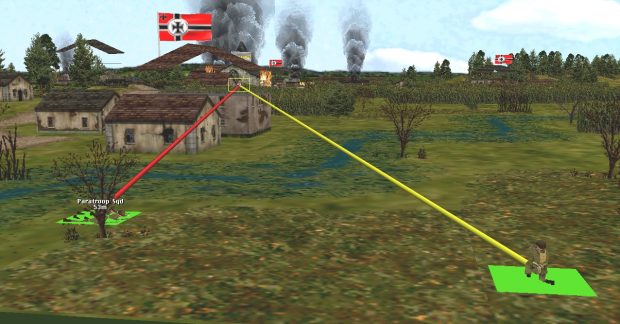 On the other flank, a position shift by our LMG man has revealed two US airborne units lurking on the eastern map edge. Meyer has perturbed both with his MG 42, but short on ammo and outnumbered perhaps 14 to 1 is dreading a determined assault.

The Hetzer? The AVRE’s inactivity meant Brenner and co. spent Turn 15 on tenterhooks. From their new position they have extremely narrow keyhole LoS to the KOed Cromwell at i19 and the stone dwelling at n19.

The battlefield at the start of Turn 16: 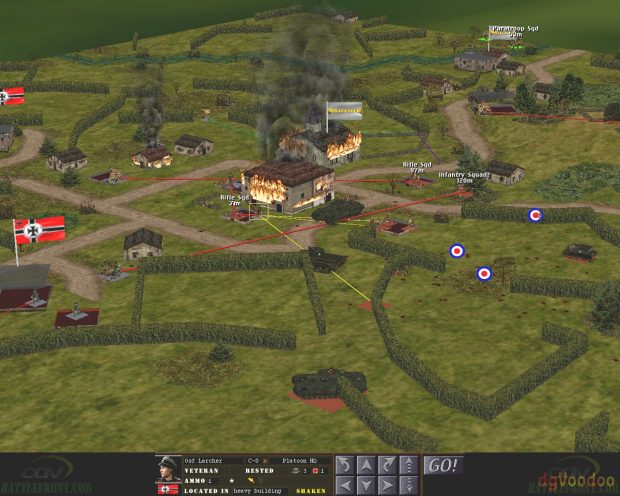 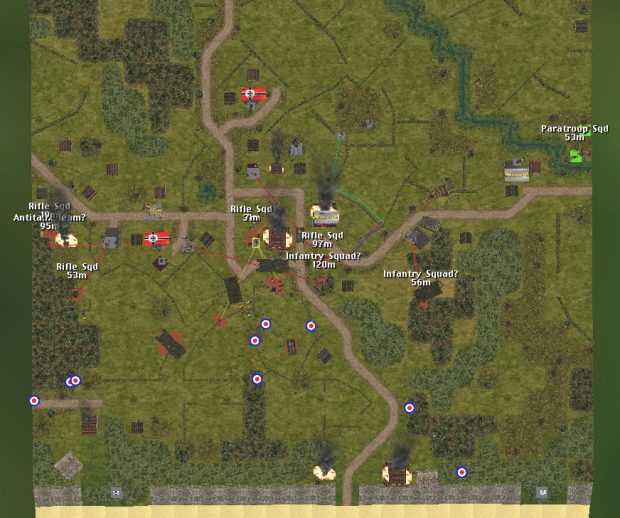