Fish! Turtles! Dolphins! Tridents! All these and more washed ashore in Minecraft‘s Update Aquatic last week, but only for the Windows 10 version. Those salty friends have now appeared on the Java client, along with underwater ruins, shipwrecks and a special block that makes everything near it behave as if it was on dry land.

I went for an underwater wander this morning. The developers have told everyone not to try annoying the dolphins, so naturally that’s the first thing I set out to do.

Here’s the update page, in case you want to read more about what it includes rather than my dolphin quest.

The first thing I actually did was spend two days struggling to find the sodding sea.

I took a few minutes to scrounge up a basic stone toolkit, then started walking. It was immediately surreal, being back in Minecraft after so many years had passed since I last played. I’d mostly forgotten, but I went through a stage as a young-ish teenager where I poured night after night into the game. You know that thing where revisiting a place can put you in the same frame of mind as when you were last there? I’ve experienced it before with games, though I’ve never felt a reaction that’s transferred so keenly across such a wide gulf of time.

Minecraft was soothing then, and it’s soothing now.

A lot has changed, of course. Crafting is easier and the scenery’s more varied, which made my adventure one of joyous discovery tinged with intense familiarity. I like that the terrain still does weird stuff, but prettier. 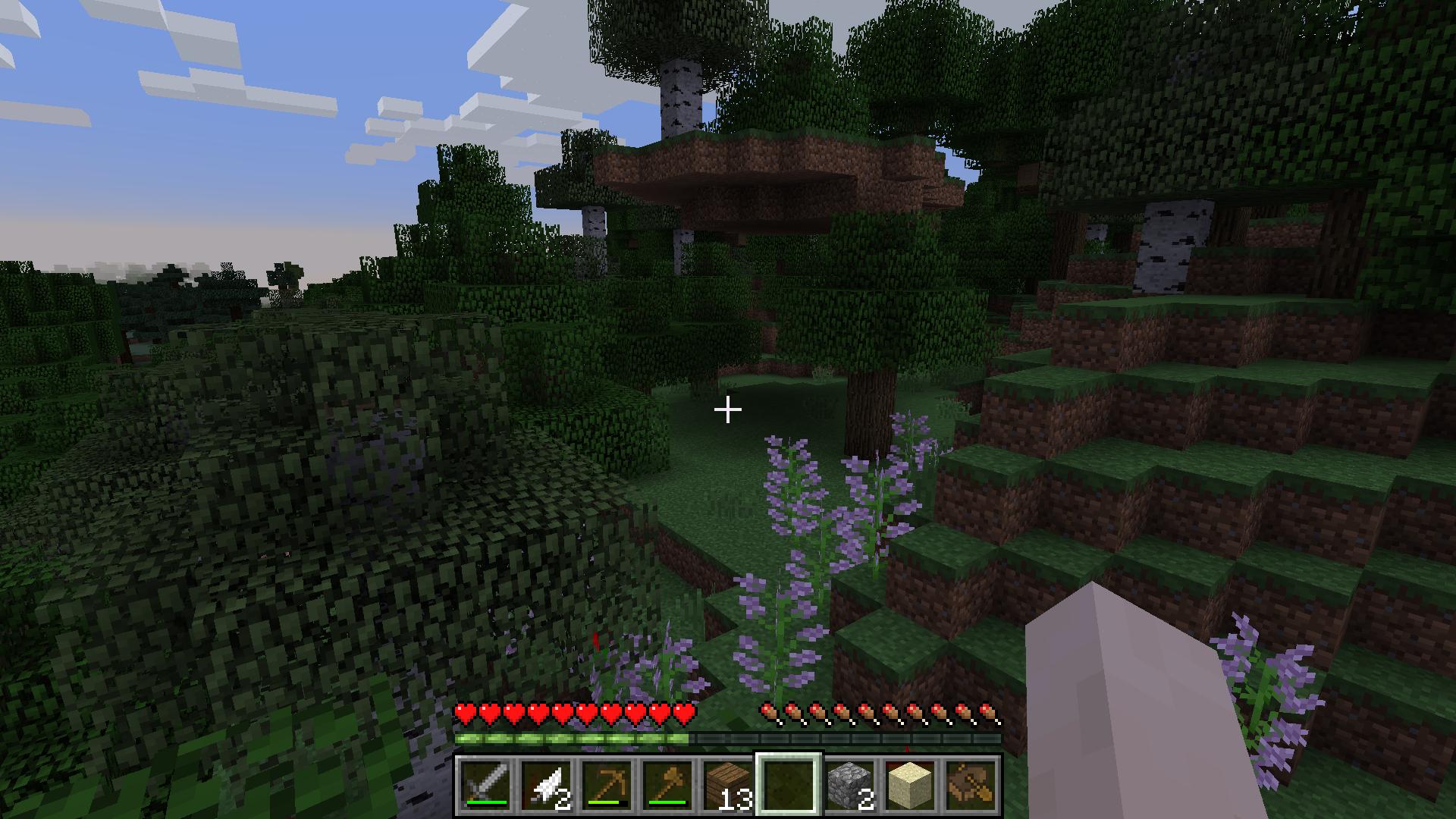 Familiar, too, was tucking myself into a burrow when the sun set. The magic of that first night can never be recaptured, where the hostile night-time world was an intimidating unknown. There was still something there in the ritual though, in burying myself away with just one small window to keep an eye on the time.

The next day, I ploughed forward until eventually stumbling across a sea. The wrong kind of sea. 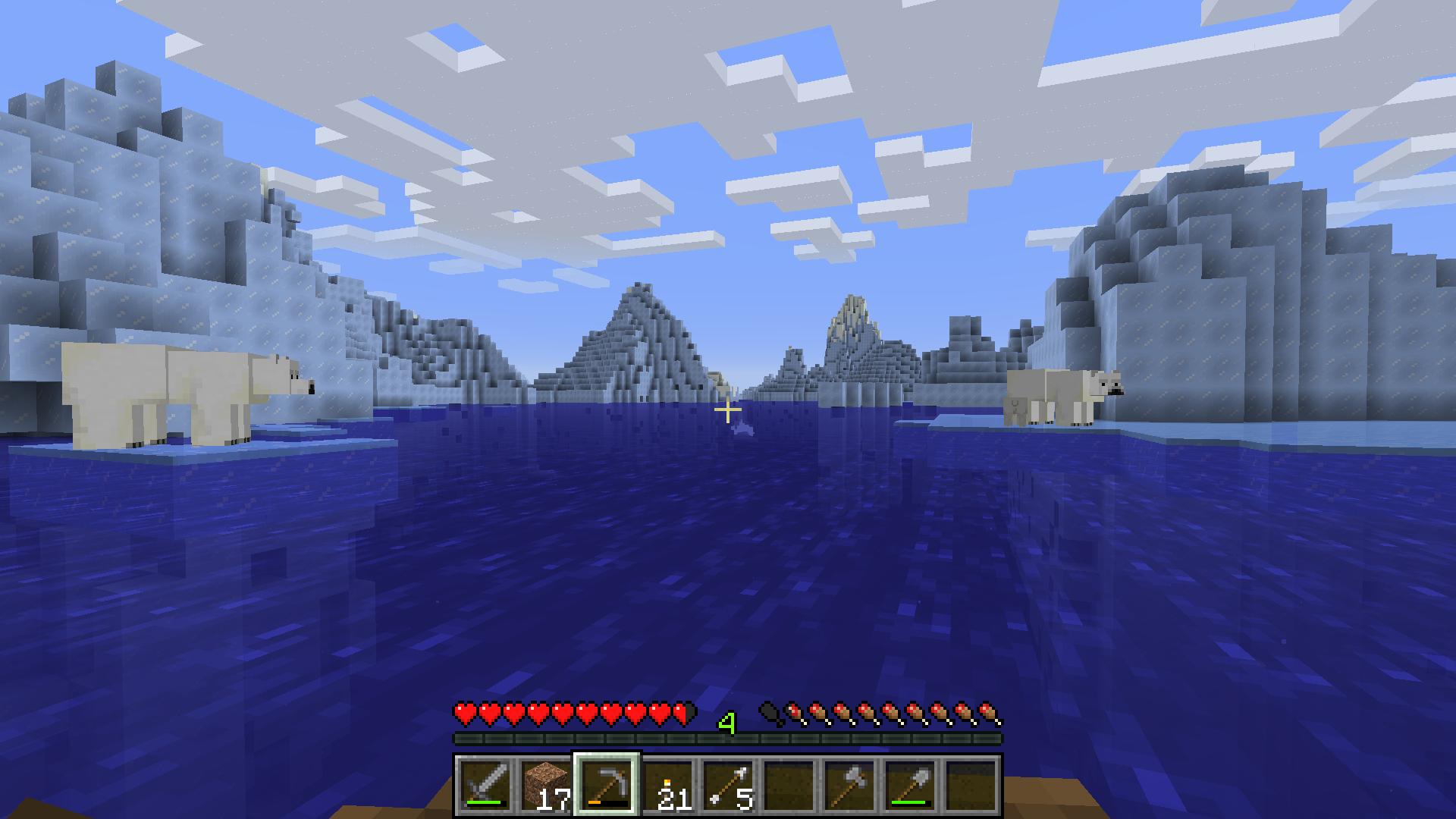 There’s some blue ice in that screenshot, though that’s the only addition from the Update Aquatic that’s on show. As delightful as it was to bump into polar bears and icebergs, I was on the hunt for coral reefs and dolphins. Another night descended, and so I ascended an iceberg and built myself a little hut to wait it out.

Then I reasoned that the ocean would probably be safe to skim along, so I abandoned my hut and went back to sea level. It was then that I discovered I’d neglected to pick my boat up after I’d last disembarked, and the shoreline was a gruelling swim away.

Instead, I swam over to a nearby little island. This will sound stupid, because it is, but the whole boat dilemma had apparently wiped over the bit of my brain that was supposed to be worried about the night-time bads. 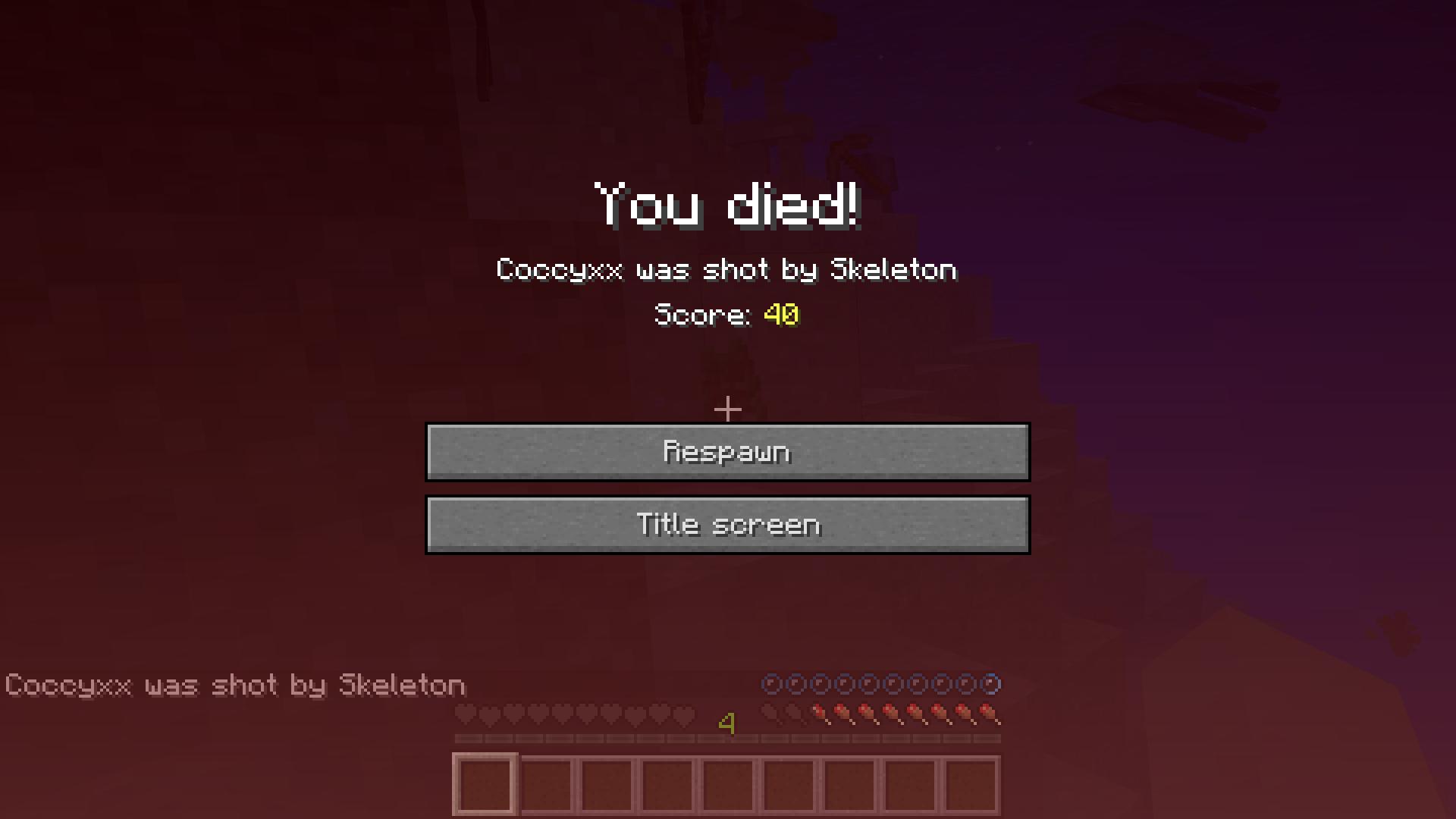 The island was full of them, and a few arrows were all they needed to kill me.

I started again in a new world, but this time I had a quick google beforehand. A seed which spawned me in the right biome turned out to be embarrassingly easy to find.

So was a dolphin. 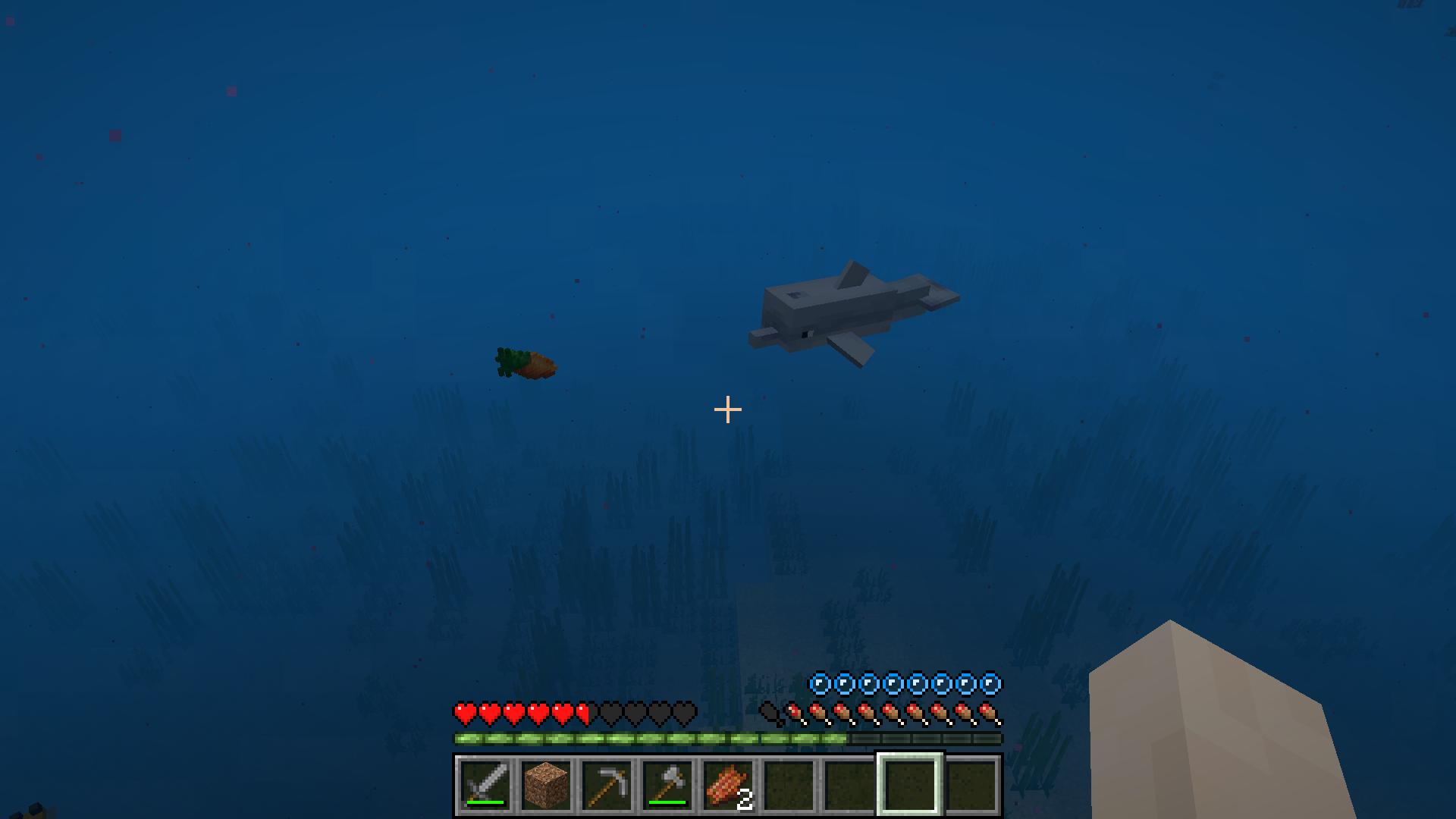 It dashed right up to me the moment I came near, then shot up to the surface to jump over my head. I’d found some carrots in a shipwreck a few minutes before, so I dropped one for it. My dolphin buddy swam up to it, squeaking excitedly while it prodded the vegetable with its nose. Then it headbutted the carrot back towards me, and looked at me expectantly.

I’d come here with a mission. I whacked it with my sword.

It squeaked in outrage and whipped me with its tail, then let out a death wail as my followup strike connected.