The cost of DDR4 RAM has been doing a bit of a yo-yo recently, which makes buying new DDR4 RAM for your PC a bit tricky, as you never quite know what the best price is. However, regardless of whether you’re thinking of upgrading or just want to brush up on all things memory-related, I’ve put together this no-nonsense buying guide to help you make the right choice when you do eventually decide to take the plunge. Topics covered include how much RAM you actually need, the different types of RAM, plus speed and latency.

How much RAM do you need?

Having enough RAM is important, as otherwise your CPU will have to pull data directly from a hard drive or SSD, which is comparatively very slow. However, most apps take up relatively little RAM and those that do take up a lot, such as games or web browsers, tend to be few and far between and are often only run one at a time.

For instance, as I write this, Firefox is taking up 3.6GB of RAM, Spotify is 304MB and everything else, including Outlook, Word, Excel and all the other background bits that Windows requires only add up to a total of 7.8GB, with no one program taking up more than 100MB. Meanwhile, most AAA games use between 2GB and 5GB. As such, we can see from this example that 8GB is enough for any non-gaming machine, while 16GB is plenty even for high-end gaming machines.

Where things change is when you start using specialist software for things like complex computations, running databases, CAD drawing, video editing and the like. These can sometimes benefit from as much memory as you can throw at them, but if you run any such software then it should specify how much memory is required for optimal performance.

For most home PCs, a kit consisting of two sticks of RAM is what you’ll want – so 2x8GB for a 16GB total. Only look to buy a four-stick kit if you’re running a higher end system that requires this.

There are a multitude of different types of RAM, but if you’re talking about a modern-day desktop PC, then there’s only one sort you need to worry about: DDR4. It’s available in several different shapes and sizes, but the only ones you’ll generally find in shops are UDIMMs and SO-DIMMs. UDIMMs are for your PC, while SO-DIMMs are for laptops. 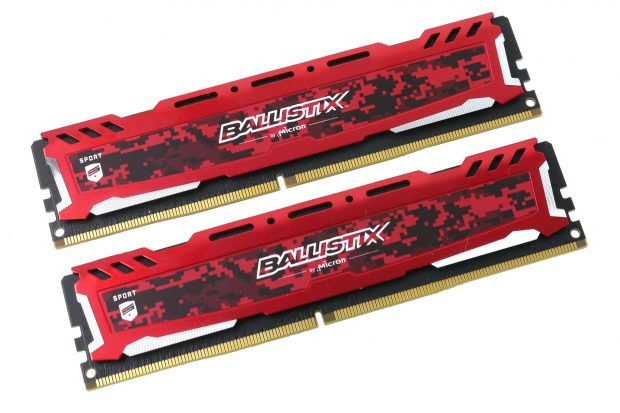 Officially, Intel’s latest 8th-gen Coffee Lake CPUs support DDR4 RAM up to 2666MHz, while AMD’s latest chips support up to 2993MHz. However, the reality is that both options support far faster RAM speeds of well over 3000MHz (3GHz).

However, unlike with a CPU, getting RAM that’s 50% faster won’t result in performance that’s 50% higher. That’s because most of the time the CPU or GPU will be the performance bottleneck, so RAM only has to be fast enough not to hold those things back. Get anything quicker than this and there’s no benefit.

For most systems, there’s little benefit to going over 3000MHz unless you’re doing heavy overclocking of your CPU. As a general rule, going for 2666MHz RAM is fine for most users – especially as it can be overclocked fairly easily anyway – while those looking to push the boat out may want to opt for 3000MHz kits. Suffice to say, if you’re not sure if you need fast RAM or not, it’s probably best not to grab that 4000MHz kit.

Adding further complication to the RAM-buying process is that raw speed isn’t the only number you have to pay attention to. You’ll often get four other numbers listed on a stick of memory and these refer to its latency.

Latency is the time it takes for RAM to respond to various commands from the CPU. I won’t get too deep into the details here but, essentially, the lower the number, the better. A low latency and fast clock speed combined make for the fastest RAM.

It used to be the case that there was a significant difference in how RAM affected performance on either AMD or Intel platforms, and sometimes you’d find some motherboards that only supported the older DDR3 standard.

However, these days both AMD and Intel’s latest CPUs only rely on DDR4, and the impact on performance is similar across both platforms. Based on our tests, Intel chips tend to benefit a bit more from faster RAM in purely CPU-intensive tasks, while both platforms see some gains in gaming.