It’s rare for the media-at-large to portray trans women as sexual beings. When we are, it’s either as predators by transphobes, or as fetishistic objects by “chasers” — people that see trans people not as the gender we really are, but instead as toys designed to cater to their particular sexual proclivities. When a piece of media does allow trans women to be sexual on their own terms, it’s almost always made by a trans person. 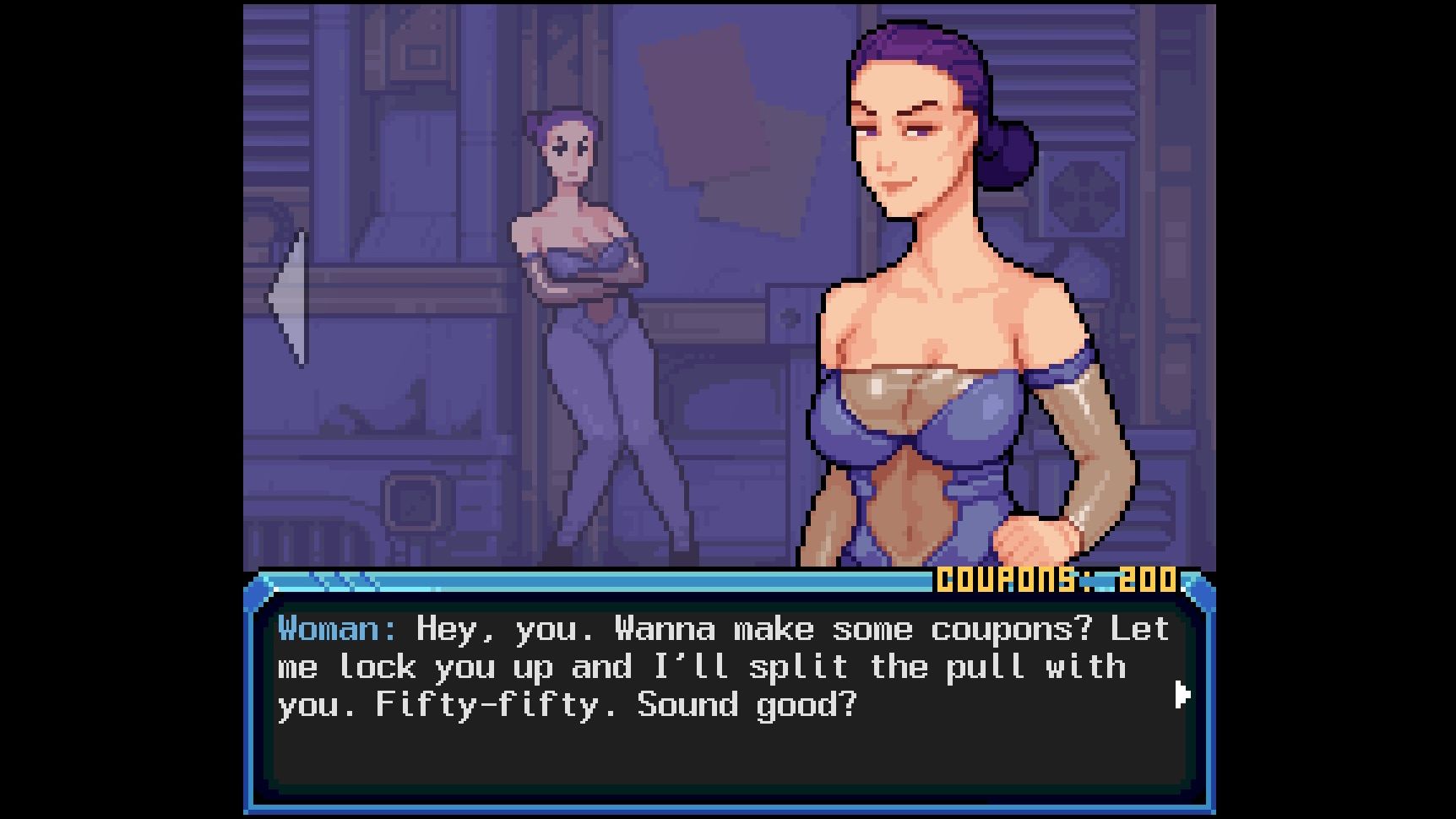 We kept the screenshots SFW but be aware that if you play the game it is extremely not that.

I’m a trans woman, if all the personal pronouns in the introduction didn’t give that away already. I’m also very unashamed of my sexuality and consider it an important part of my life. Not every trans person has this same relationship with their body. Some are sex-repulsed as a result of their gender dysphoria, the very painful and distressing feeling that their perception of themselves and their bodies don’t match up. But for me, and for many other trans women, the fact that we have dicks isn’t something that we dislike, and sometimes it can be something unique about our bodies that we appreciate. Outside of big-budget porn that often labels us with slurs and sees us dominating men to pander to a fetish, and independent smut made by us, this sexual comfort with what we have downstairs is very rarely seen. 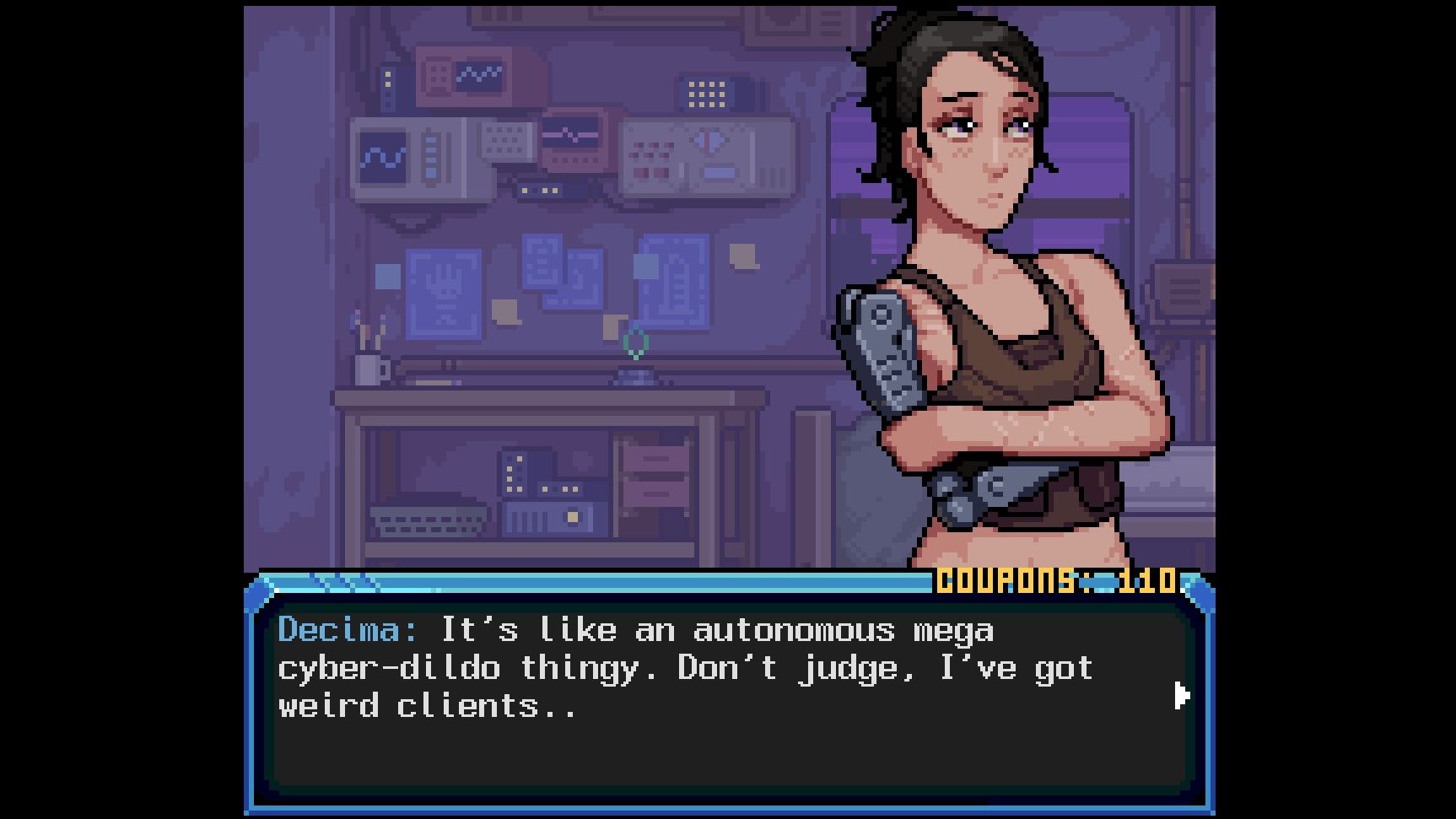 When you live in a world that sees you either as a stain or as a plaything – a world where you have to prepare for the possibility of violence and abuse on a daily basis, where the newspapers and magazines sensationalise harmful and damaging narratives about you, and your access to respectful care and support is limited – it can feel like there’s nothing for you. Media like Hardcoded breaks that cycle, and it’s given me validation and comfort. Finally, a genre porn game that caters to my transness and my cyber-kink! But it’s more than that; it’s a futuristic, albeit dystopian world without trans discrimination that I can immerse myself in. I can imagine what it could be like to face no judgement for living as my authentic self. Hardcoded does this tremendously well, but it also uses its setting as a means of telling a story about the trans experience in a very different way, too.

Cyberpunk as a genre loves allegories and metaphors. In Shadowrun, metahumans like elves and orcs are used as an often hamfisted means of talking about racism. Akira uses its world to comment on the culture of Japan after the devastation brought on by the atomic bombs dropped on Hiroshima and Nagasaki. Blade Runner and Ghost in the Shell explore what it means to be human and what it means to have a soul. Hardcoded, similarly to the latter two examples, explores this idea of self-identity through a trans lens. The player character, HC, is not only trans, but a thinking/learning droid that struggles with her sense of self as a programmed being, and the implications that this can have on who she feels she is. 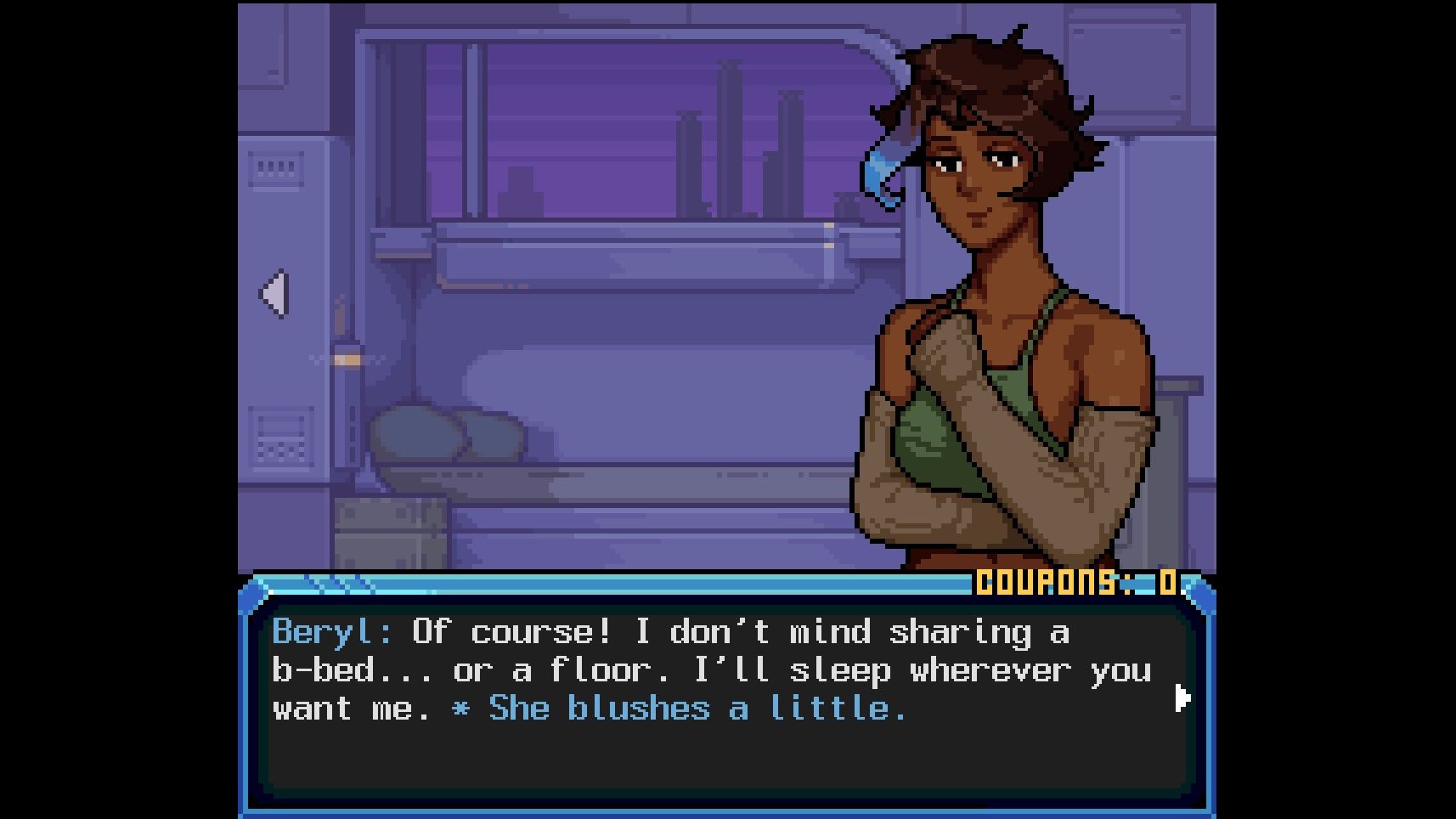 If you explore Root Street, you’ll come across a grimy diner called The Acorn. Frank, the man who runs the establishment, is accompanied by another droid — this one non-sentient, a point of discomfort for HC. Frank stares at you with indifference, before loudly demanding to know what you want, talking to you with the assumption that you’re just another mindless machine. HC combats this, demanding respect and expressing some justified anger. It’s certainly not a scenario identical to that of experiences of any minority, but it’s “dehumanising” all the same. Before HC stood up for herself, the whole interaction gave me the same anxiety I feel whenever I have a bad encounter with someone who misgenders me.

When you’re misgendered as a trans person, whether intentional or not, it robs you of your agency. It’s a mental assertion that you don’t appear to be who you are, and therefore you aren’t who you are. It can feel, regardless of the tone, like an attack. That’s how Hardcoded depicts this interaction, with aggression and disdain. HC’s rebuttal is one many trans people, myself included, often fantasise about: the ability to stand your ground, without fear, and say “No.” 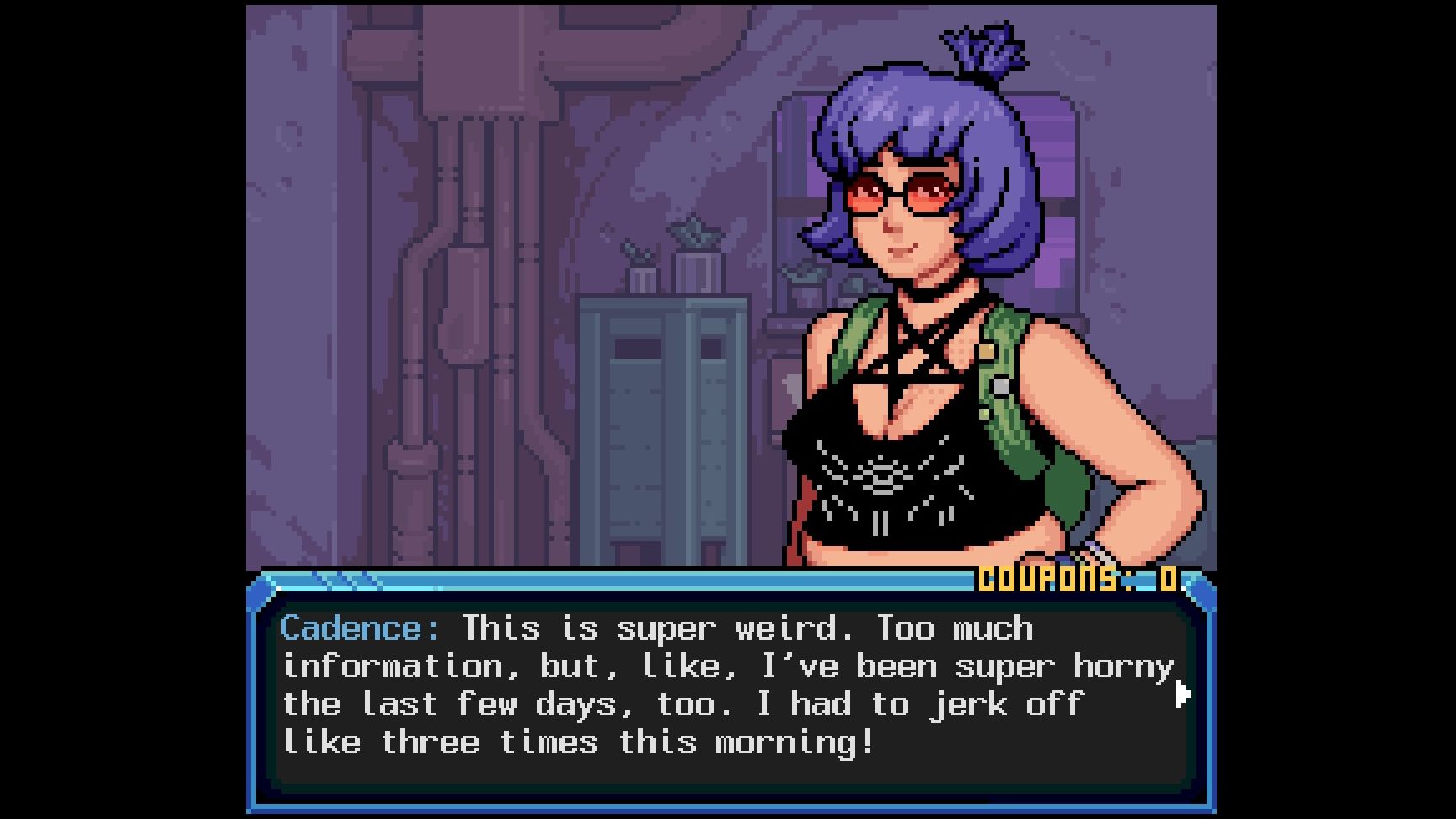 If deliberate (which I’m inclined to believe), it’s a pretty fantastic metaphor for being misgendered, and one I think could only be picked up by someone who had felt that same feeling before. It’s another signifier that Hardcoded was made by trans people, for trans people. Moreover, it’s excellent at showing you what can be done within a cyberpunk setting. Recent examples of the fiction have forgone making unique statements about our society in favour of focusing on worn-out analogies, or even pure aesthetic.