With the final update of Year 3 of Tom Clancy’s Rainbow Six Siege, Operation Wind Bastion brings along the Fortress map. Set in a beautiful desert palace on a mountaintop, the map features multiple tiers, each one with delicate treasures and places to lounge around in, or even an infirmary with plenty of monitors surrounding it. It’s very easy to get lost in Fortress, so this map guide will go over the map as a whole, defensive and attacking points, and where to find all the cameras.

Since the third year of DLC for Rainbow Six Siege is wrapping up, this is the perfect time to jump in or indeed return to Rainbow Six Siege if you took a hiatus. For those who need it, they may wish to consult our Rainbow Six Siege guide hub for some more tips that can be used on any map in the game, as well as some things to keep in mind when on either the attacking or defending team.

Fortress is a bit of a strange map all things considered. It’s full of intricately designed Kasbah architecture, but it’s a more horizontal map as the floors that you can roam around in differ between attackers and defenders. Attackers exclusively have free domain over the rooftop area, with only a single camera showing the defenders if they’re about to be attacked from above. Heading lower and lower, the advantage swings from the attackers to the defenders, who have a bit more of a chance to funnel enemies into traps they’ve deployed. There are plenty of destructible walls to blast through, as well as chances to attack from range. 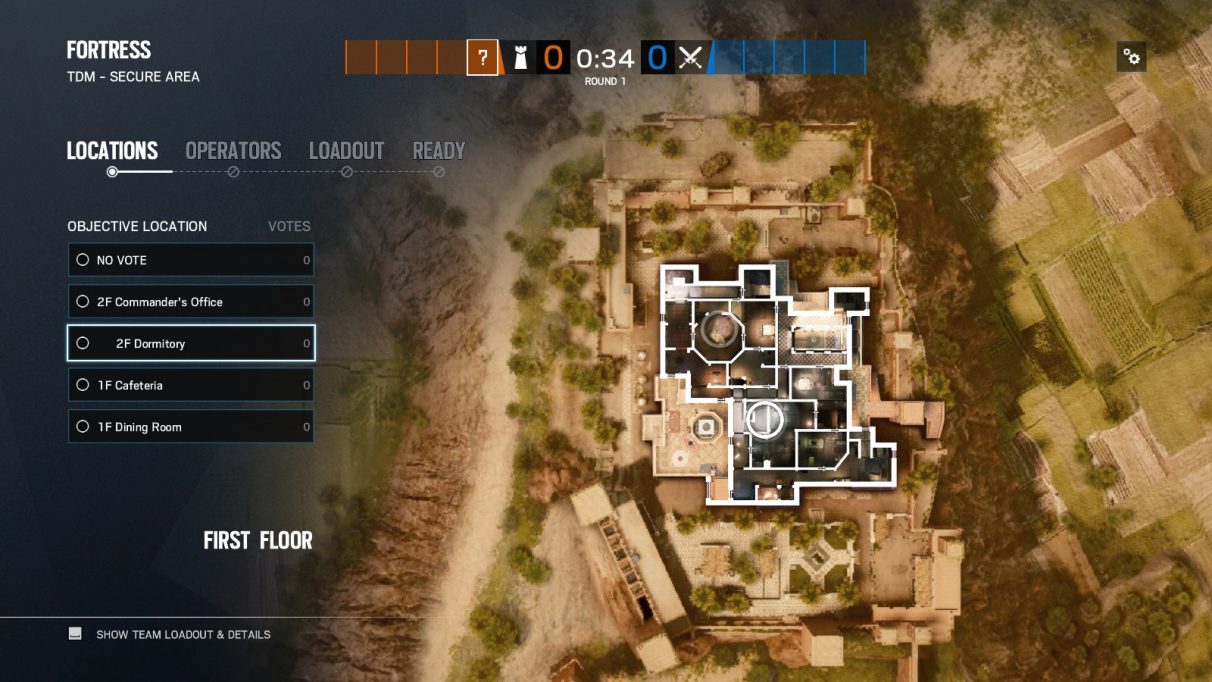 The first floor generally is easier to defend than the second, mostly because it is a lot more compact with fewer ways of breaching. There are definitely some key points to set up traps that you’ll want to exploit, and effective use of various defenders for trap setup or surveillance would be advantageous. The second floor can potentially be a little more tricky thanks to its more open layout and the fact that it can be breached from multiple angles. Given the windy nature of the entire fortress though, Alibi is a great choice for those wishing for deception, while Caveira can have a field day by sneaking around the map to take enemies by surprise. 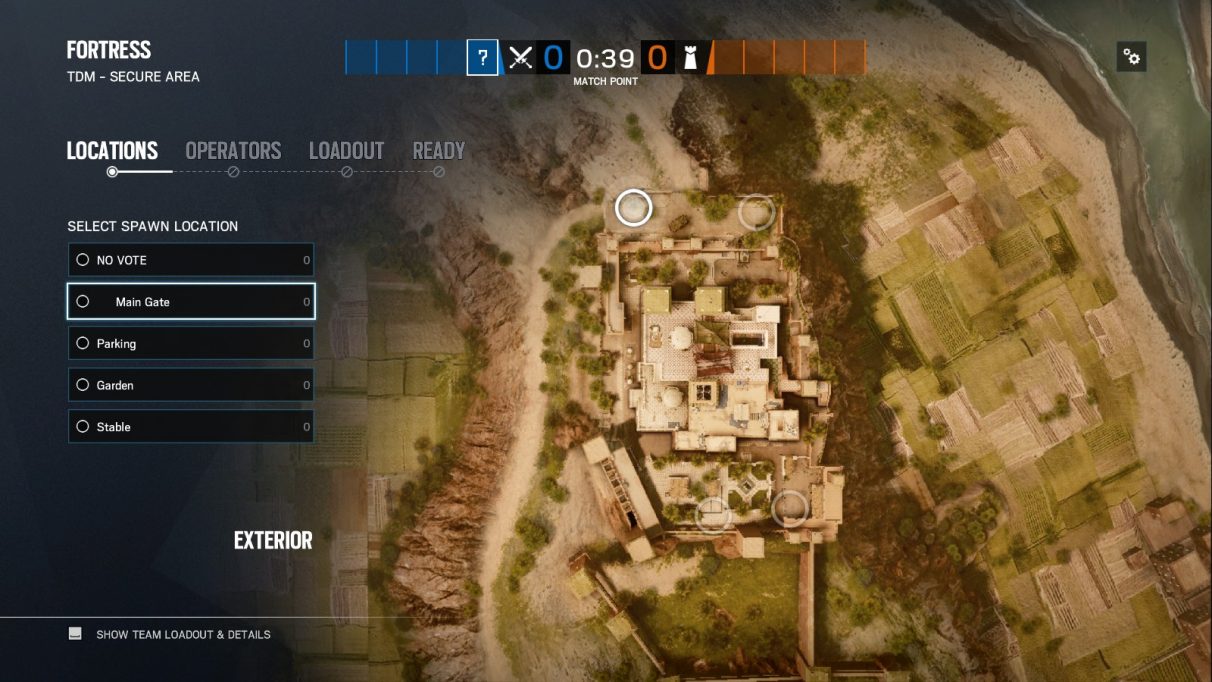 Attackers have four spawn points in the map, with both the main gate and parking areas being relatively close by to each other. The Stable is relatively close to the camera on the Courtyard Path, while the other camera on the ground floor by the main entrance that’s south of both the Main Gate or Parking spawn points. If you try to scale the building, there’s one more camera above, which is far easier to take out of you’re approaching by the stairs close to the front entrance, giving you free reign over the barricade leading to the Old Tower. It is possible to go in unseen from the other directions, but via the Front Entrance stairs gives you the best chance of not being seen.

Downstairs has a large cluster of objectives that you can navigate, which is probably why it only has two cameras. Upstairs is a bit more spread out, meaning that you need to do a thorough sweep of the top floor compared to the lower floors. When it comes to breaching, there are plenty of walls that can be blasted through, but it’s also worth pointing out that any defensive players can use the winding corners to hide traps, as well as set up Castle barricades to herd you around.

Attackers may have a bit of a harder time with this map than the defenders overall. With all the corridors and areas where enemies can hide, Nomad’s mines can flush them out. Those that can blow up Castle’s fortified barricades and fortified walls are also top picks as the enemy won’t see it coming until it’s too late. Shield users like Montagne can contribute by leading the charge through a set of traps the enemy has placed, while even Blackbeard has some use in quick fights on this map.

One type of operator for the defenders that can be useful if the objective is down in the first floor – namely those like Valkyrie or Maestro. You can also make things infinitely more difficult for the enemy with Castle’s barricades, as well as set up tons of traps with other trap-focused operators such as Alibi, Bandit, or even the newest defending operator Kaid. It’s not completely surprising that Kaid is good here – Fortress is his home. A cheeky Lesion poison dart can make the enemy take notice when they’re losing all that health, while Caveira’s capability to remain unheard can make roaming around with her a viable tactic.

If you’re defending the bedroom in , Mira can be an excellent choice because with some clever placement of reinforcements and other things like barbed wire, you can herd the enemy right into the line of sight. Place a reinforcement on the hatch in the 2F Bathroom, and the wall facing west. Then blow some holes into the wall just to the right of the mirror. Also open up the wooden wall a little bit so you can see inside right through to the barricaded window. The door behind you doesn’t have line of sight of the canister, but any Castle barricade, Lesion traps, and/or barbed should deter enemies from coming in that direction.

Like most maps in Rainbow Six Siege, there are cameras dotted around that newer players may not even know about. In the heat of the moment, it can be easy to ignore these cameras in favour of hunting down the objective or that last operative, however the cameras give the enemy free Intel on your position. One thing of note here is that the distribution of cameras seems a little lop-sided in Fortress. The second floor has three cameras, while the first only has the two. This can make surveillance on the first floor somewhat bothersome, so it may be worth taking Valkyrie with you to put up extra cameras.

If you’re an attacking player, you’ll certainly want to take these out as soon as you can, so below are screenshots showing where the seven main cameras are. All the cameras inside are within close proximity of the eastern side of the map’s staircase, but only the first floor and attic have immediate vision of the left hand side staircase. Below are screenshots of the individual cameras, which can be clicked to make the image bigger so you can see the location on the HUD. The hover over text will also detail where the camera is. 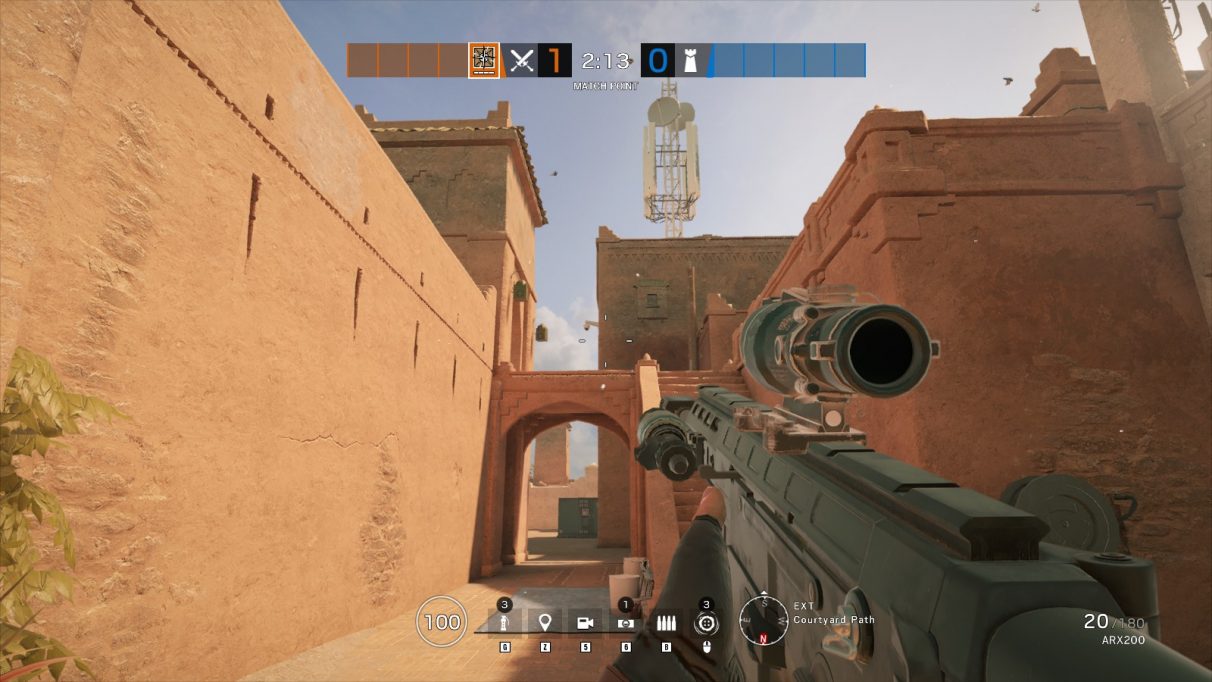 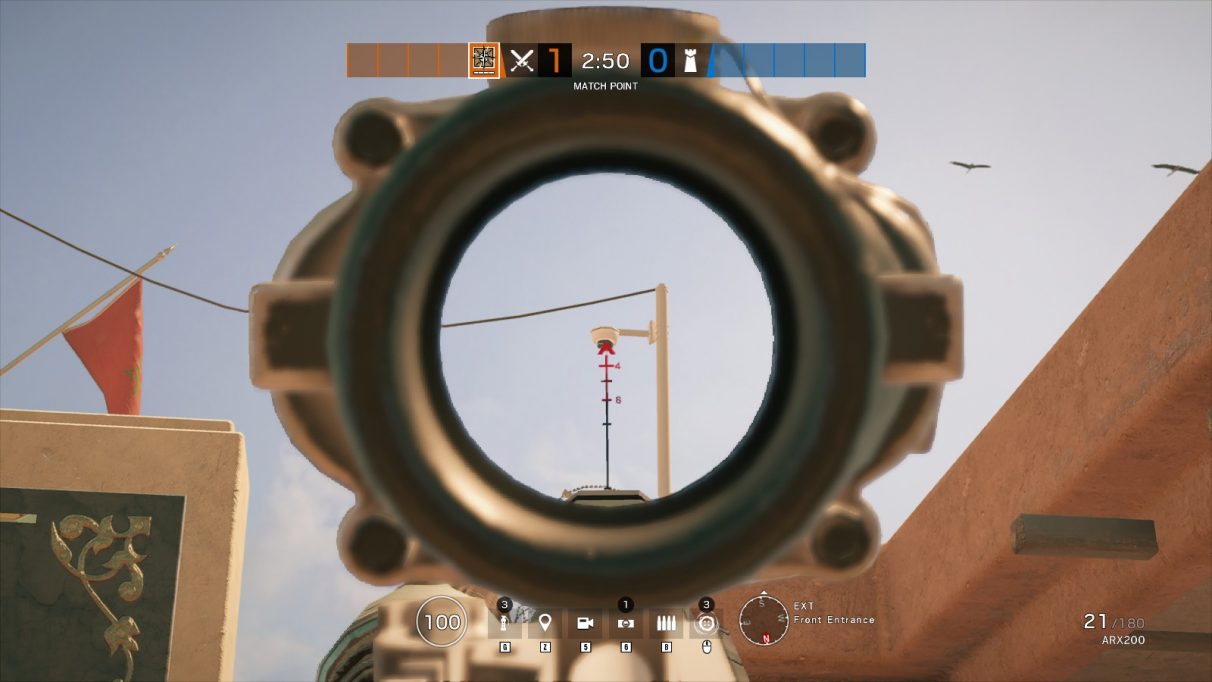 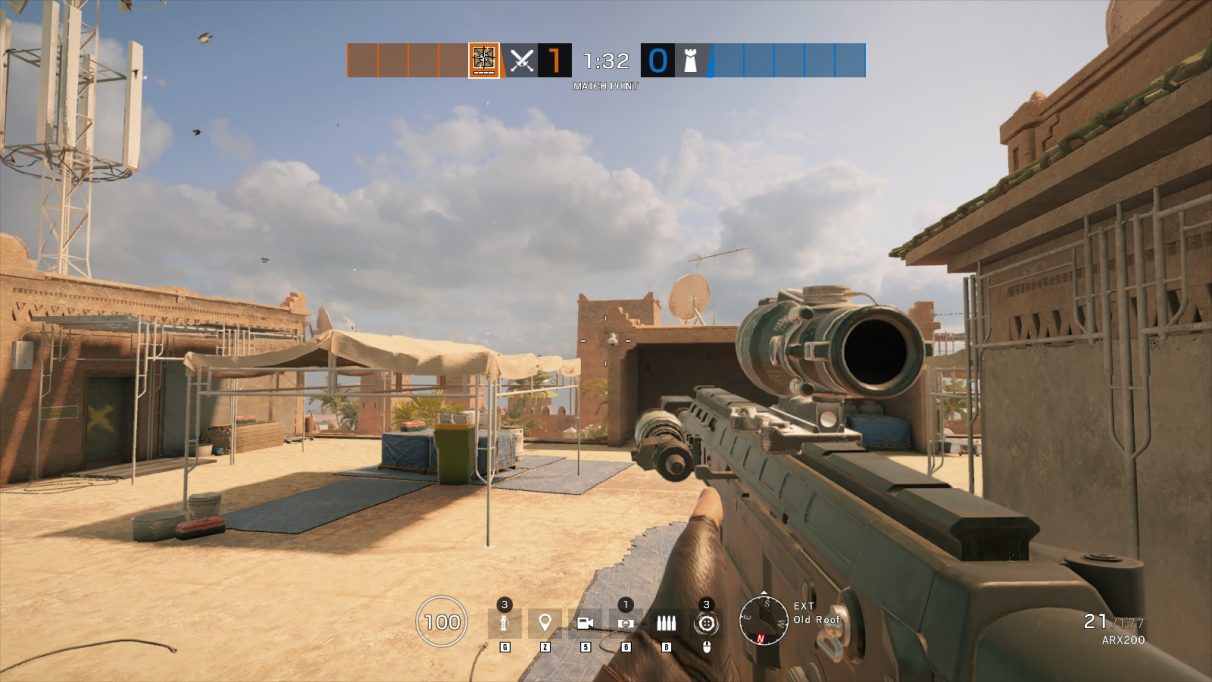 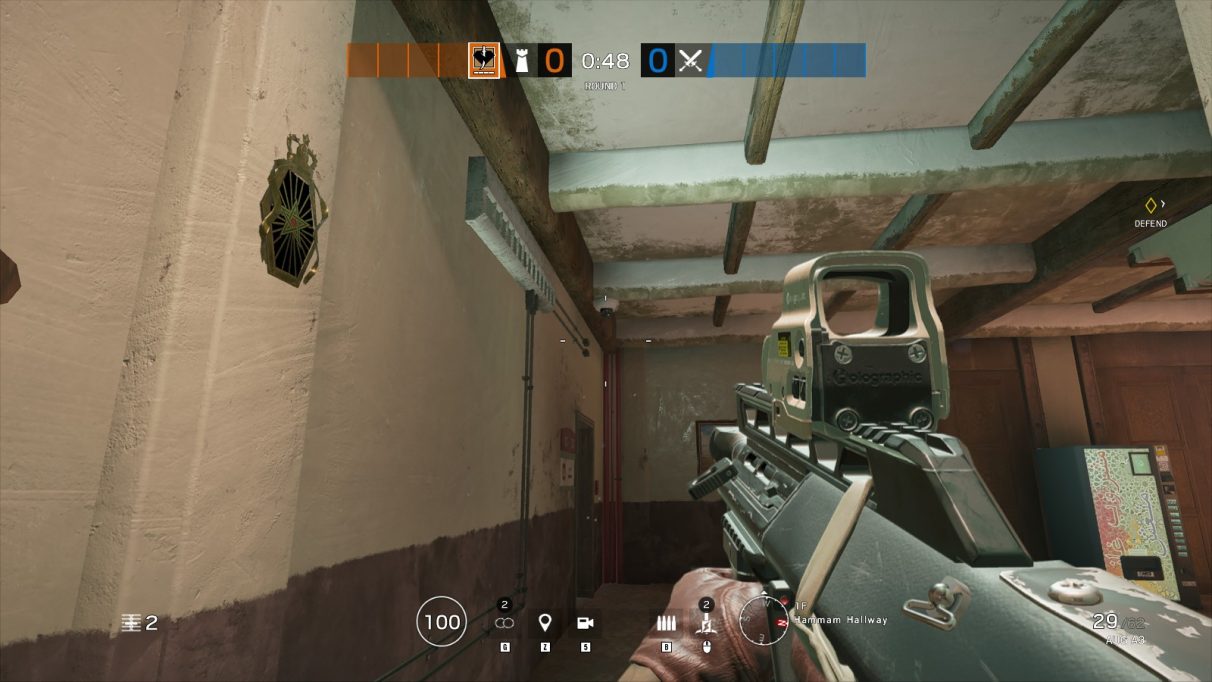 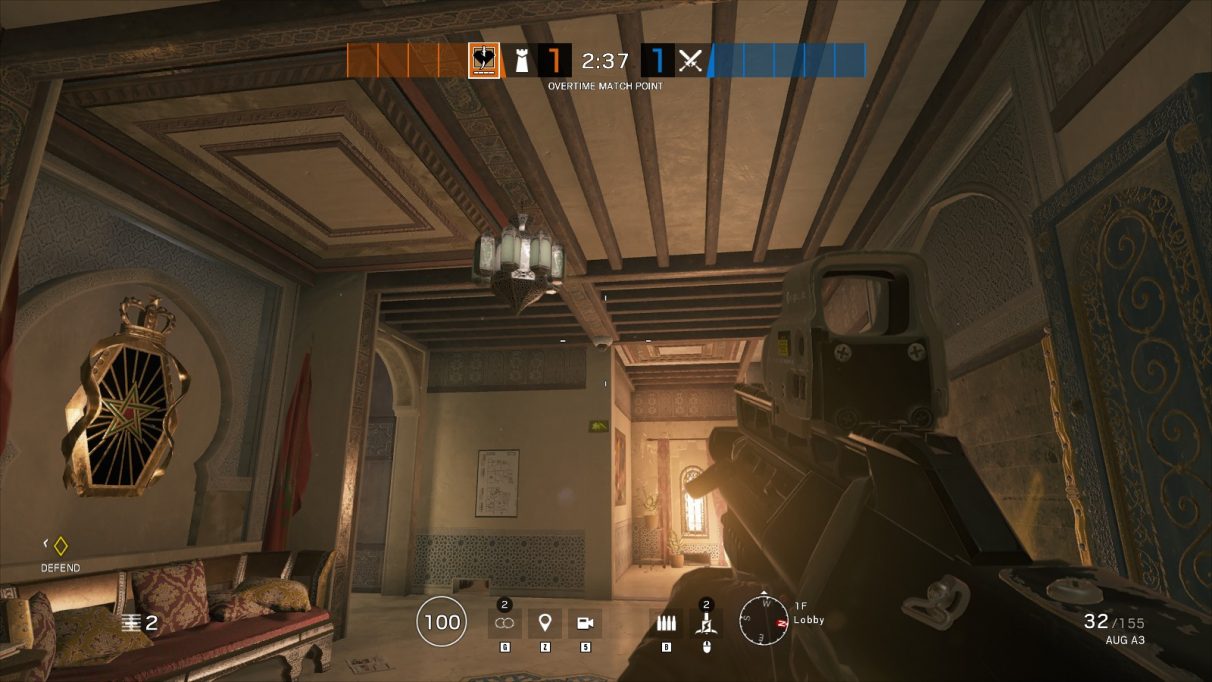 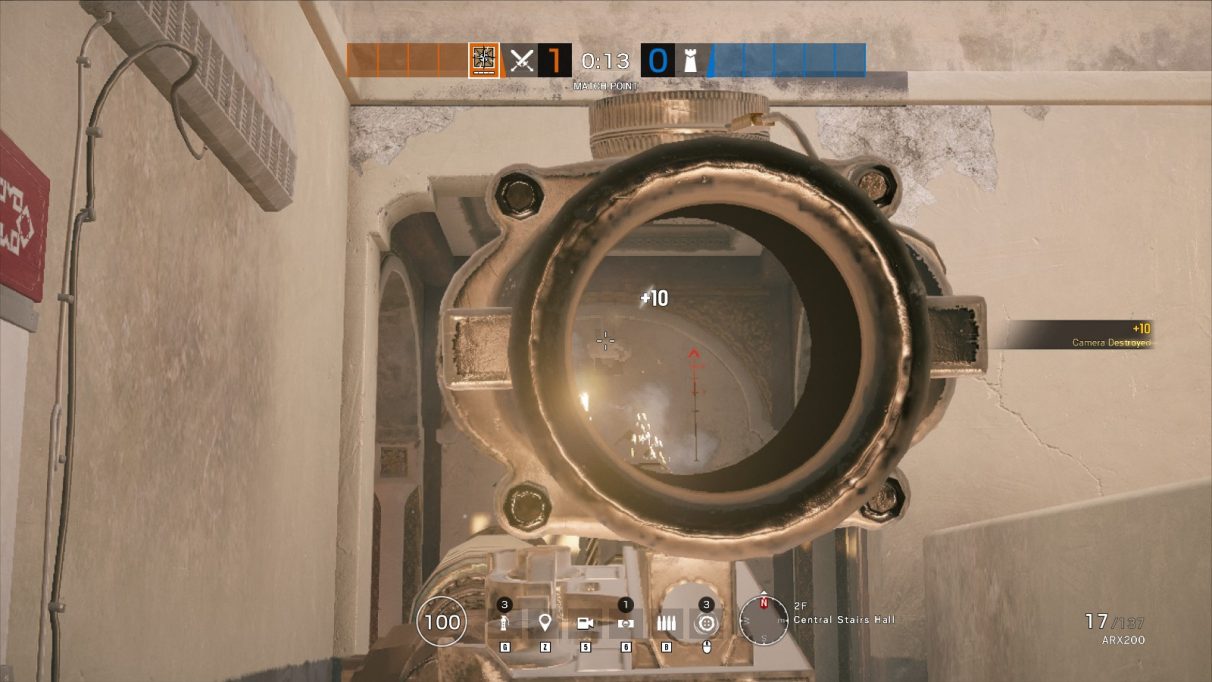 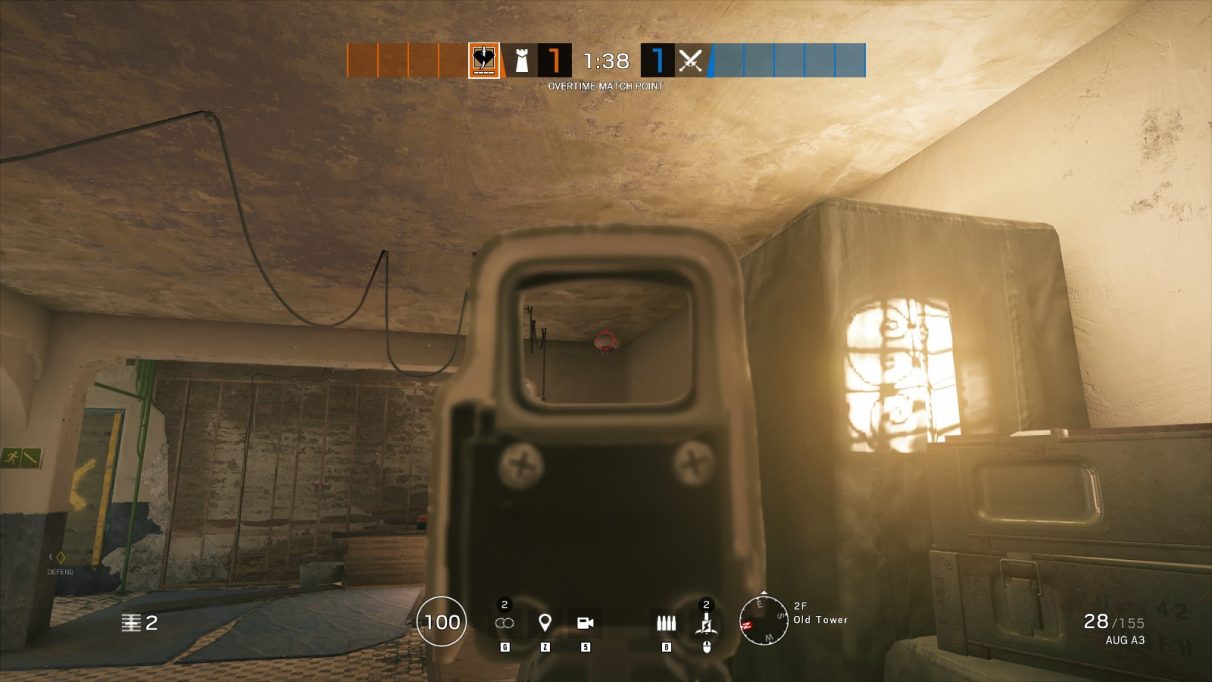 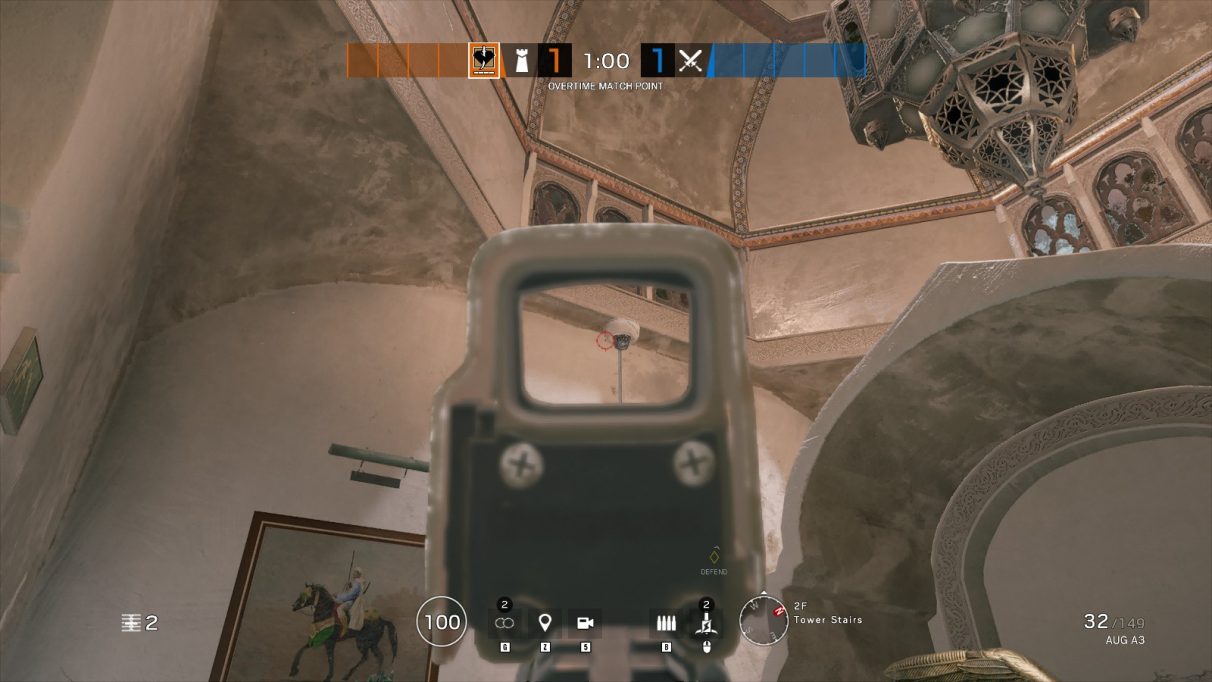 You can find out more about these character’s abilities in our Rainbow Six: Siege operators guide, which also has information about the more universally useful operators and which ones are best for those getting back into Rainbow Six Siege. Alternatively, for those that just want to have more information on the previous maps introduced in the season, check out our Rainbow Six: Siege Hereford Base and our Rainbow Six Siege Villa map guides respectively. As time goes on and people get used to the map, I will be revisiting this guide, but if you have any tips that you want to share, please mention them below.