It’s been five years since Corsair first unleashed a wave of rainbows across PC gaming peripherals with the introduction of their K70 RGB keyboard, but now those RGB nuts are taking their brightly coloured LEDs to the next level.

Announced today at their CES 2019 press conference, Corsair’s Capellix tech is a new form of LED mounting that allows for higher brightness levels, better power efficiency, and crucially (for some, at least) a significantly higher density of LEDs for an even greater Skittle-based gaming experience. And the first product to use Corsair’s new Capellix tech is their newly unveiled Dominator Platinum RGB RAM.

With 12 individually addressable RGB LEDs per module, the Dominator Platinum RGB is ideal for those who can’t resist a good light show. As you can see from the picture below, there are ten little squares across the top of each module as well as an RGB-ified Dominator logo running down the middle, which then bleeds out down the side via an even tinier grill.

Combined with its die-cast, micro-arc oxidized and anodized aluminium heat spreader, I have to admit the Dominator Platinum RGB did look rather smart when it was stacked alongside several other sticks in Corsair’s demo unit, and with four of them side by side they looked like one of those sound wave boards pulsing through the PC. 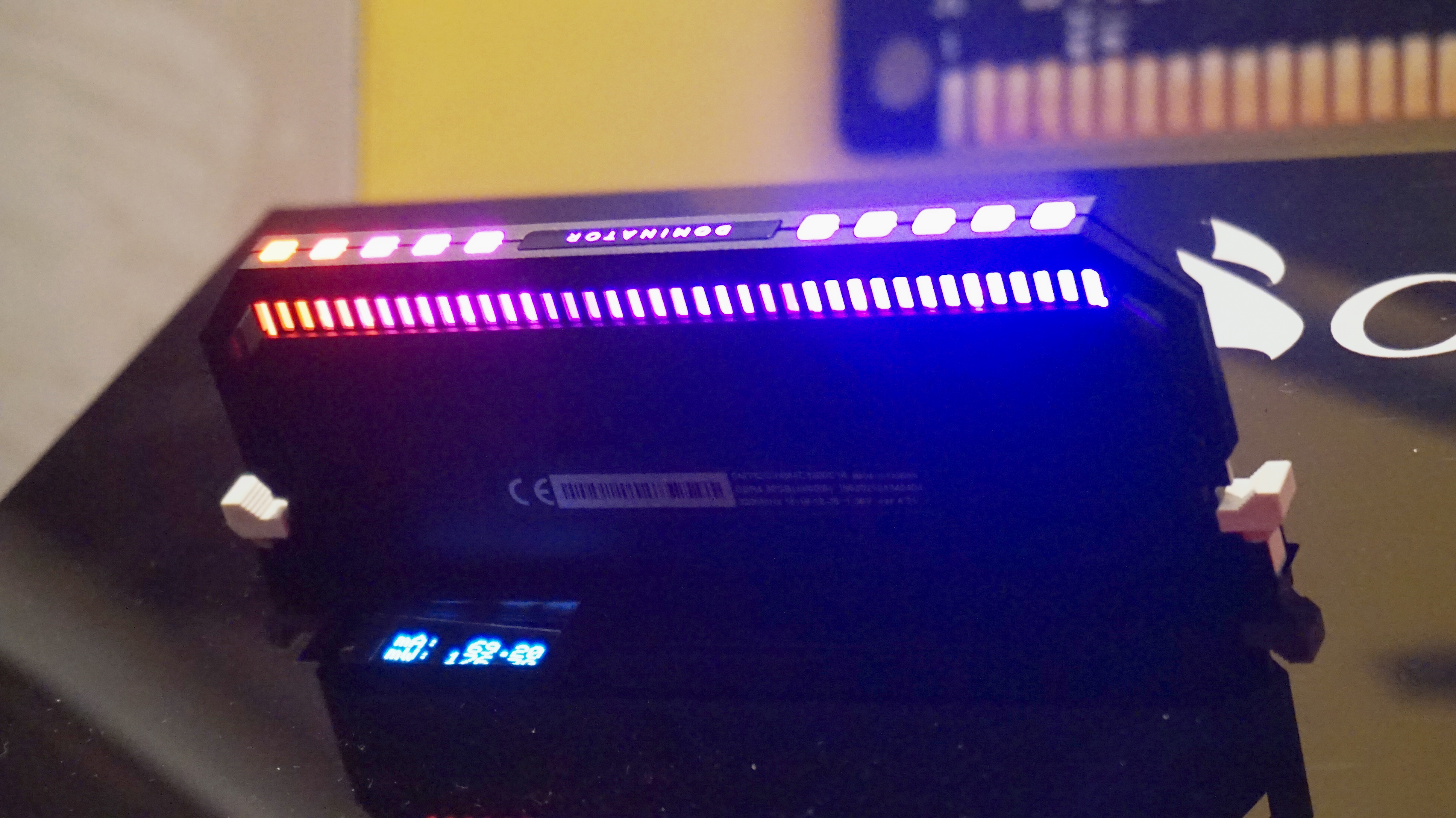 Launching in February 2019, there’s no word on exact UK or US pricing yet, but given Corsair’s current non-Capellix Dominator Platinum RAM costs around £150 / $160 for a 16GB kit of two 8GB sticks, it’s probably going to be quite pricey – especially when you take into account that the Dominator Platinum RGB will be able to run at speeds of up to a whopping 4800MHz.

Of course, I’m sure a lot of you are thinking, this just looks like any other RGB lighting on the planet – and outwardly, you’d be correct. Inside, however, is a different story entirely. Not only does Capellix allow each LED to be up to 60% brighter when showing particular colours (green is especially eye-searing), it’s also up to 60% more efficient while consuming up to 40% less power. Add in up to 35% longer life, and the whole system is just better all round. 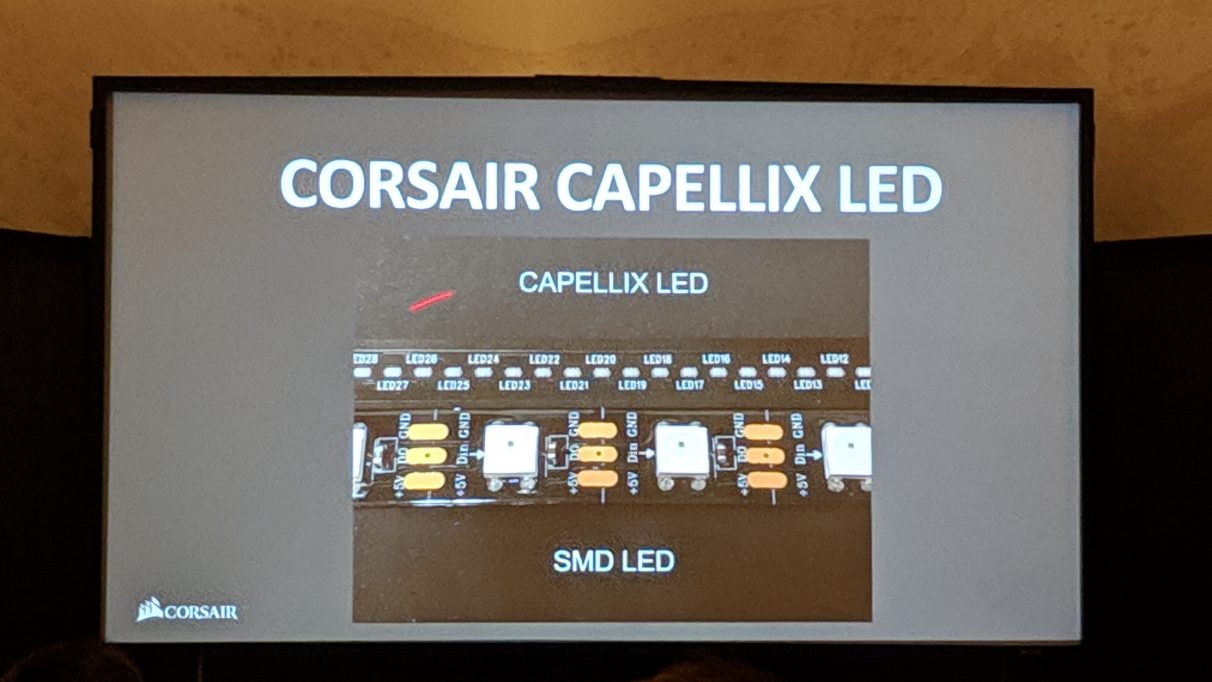 With Capellix (above), it’s possible to squeeze in a lot more LEDs in the same space 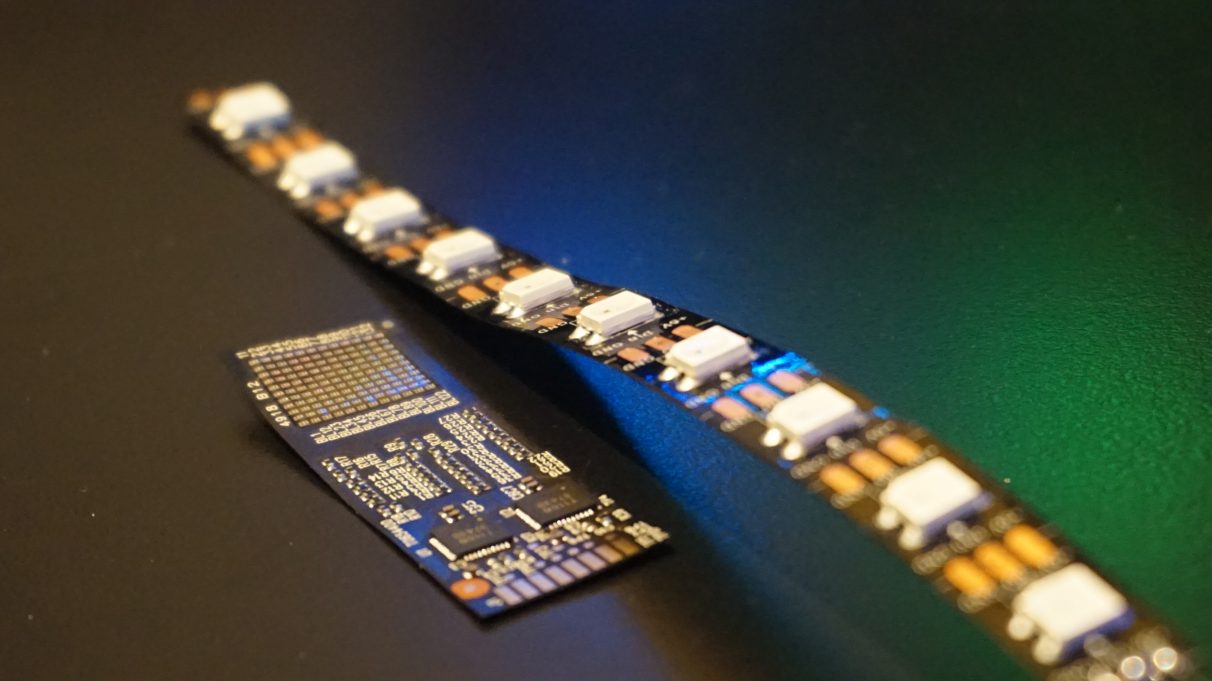 And here’s that slide in the flesh with Capellix on the left.

It’s particularly good news for wireless keyboards and mice, which will really benefit from all that extra efficiency and overall power saving, as well as internal system and fan lighting more generally. In the case of the latter, the key thing is the amount of space Capellix LEDs take up – just 0.2mm³ as opposed to the usual 2.8mm³. To put those numbers into perspective, take a look at the picture above, which shows how Capellix LED mounting compares with your traditional surface mounting

There’s no news yet on what other Capellix products will come out after the Dominator Platinum RGB RAM, but Corsair were keen to emphasise that there are many more the come over the course of 2019, so watch this space.