If you’ve ever wished you could wear your gaming headset out and about without looking like a walking, talking RGB Christmas tree, then you might want to turn your attention to the HyperX Cloud Mix. Indoors, it connects to your PC via its two-pronged 3.5mm adapter; outdoors, its Bluetooth 4.2 support means you can also listen to stuff and take calls on your phone or other such Bluetooth-enabled device. It’s also decidedly free of any blinking lights or garish colours save two large, but semi-tasteful silver HyperX logos on each ear cup, and its bendy microphone can be popped on or off at will, keeping things nice and streamlined for when you venture outside. But is it worth plonking down £180 / $170 on it? Here’s wot I think.

Design-wise, the Cloud Mix is actually very similar to HyperX’s Cloud Alpha. It doesn’t come with the Alpha’s lovely red trim sadly, but its large, 40mm audio drivers share the same dual chamber construction that’s meant to help separate out the bass from the highs and mids. I was a big fan of this on the Alpha, and I was hoping the Mix would produce the same rich, detailed soundscape as a result.

Alas, the Mix clearly isn’t destined for best gaming headset greatness, as it was considerably muddier than the Alpha when I put it through my gaming test suite. In Doom, for instance, Super Shotgun shots landed with a dull thud in most enemy skulls, and the delicious squishes and squelches of its juicy finisher moves merely plopped rather than dripped with tinkling detail. Its wider, heavy metal battle music sounded all right, but on the whole each encounter felt distinctly unsatisfying to play, which is not what you want in a game like Doom. 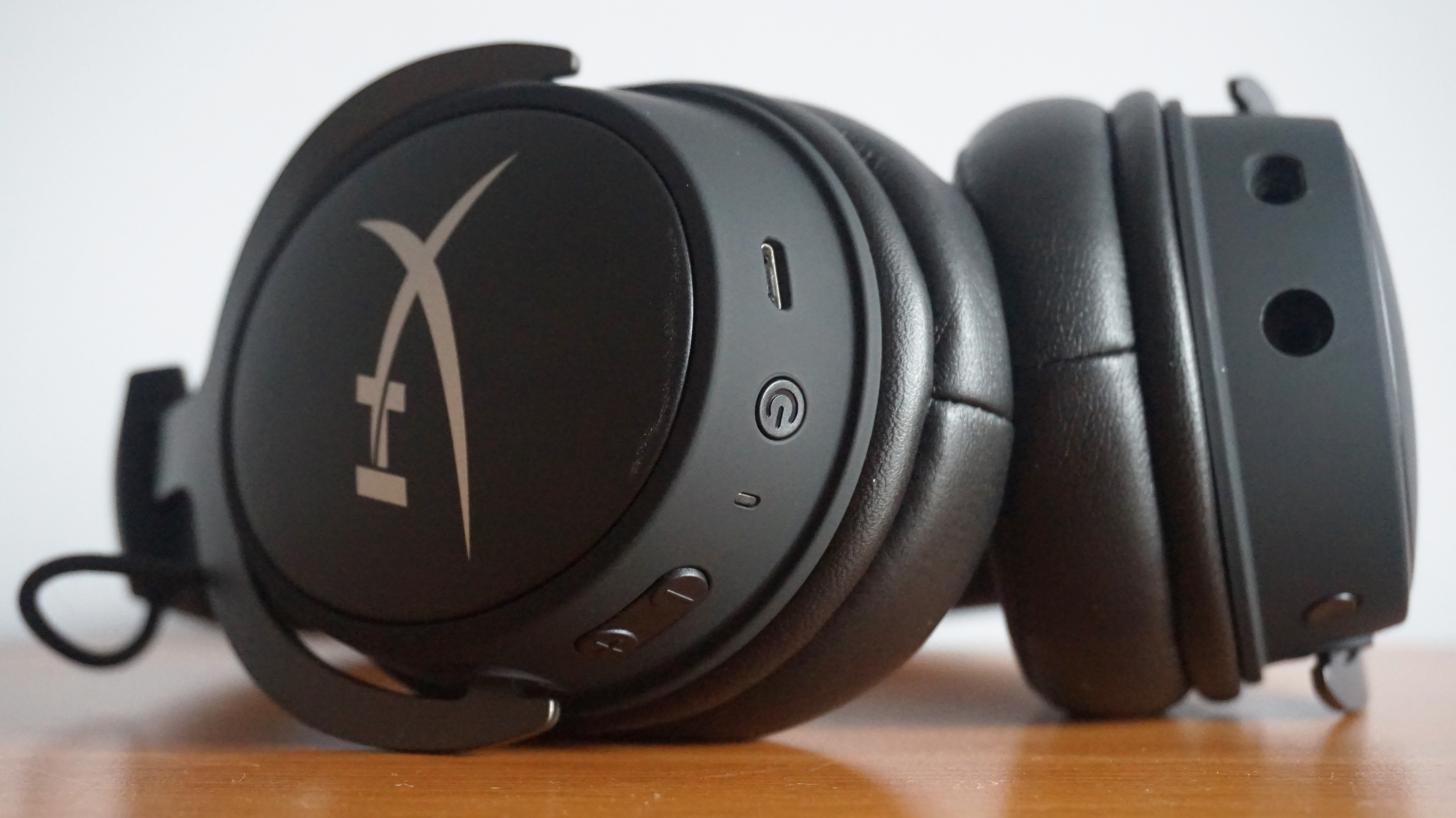 Annoyingly, the Cloud Mix’s volume control only works when you’re using the headset over Bluetooth.

The opening sequence of Hellblade: Senua’s Sacrifice fared a little better, but even here the voices inside Senua’s head sounded a bit bland. All of its 360-degree binaural audio worked absolutely fine, and there was a good balance between the rumbling thunder and the splash of Senua’s oars on the river. But while some headsets have made my spine tingle listening to the opening narration, the Mix left me cold. It produced a decent enough sound on the whole, but nothing particularly special.

The same went for Final Fantasy XV. For the most part, the game’s soundtrack was perfectly serviceable. The bass didn’t overwhelm the zips and zaps of Noctis’ teleport slashes and its orchestral backing music sounded lovely and balanced. On further listening, however, smaller sounds like chocobo warks and water splashes often got lost in the fray, coming across much quieter than everything else. Again, ‘fine’ is probably the word I’d use to describe the Cloud Mix overall, but I don’t think ‘fine’ is really good enough for a £180 / $170 headset. 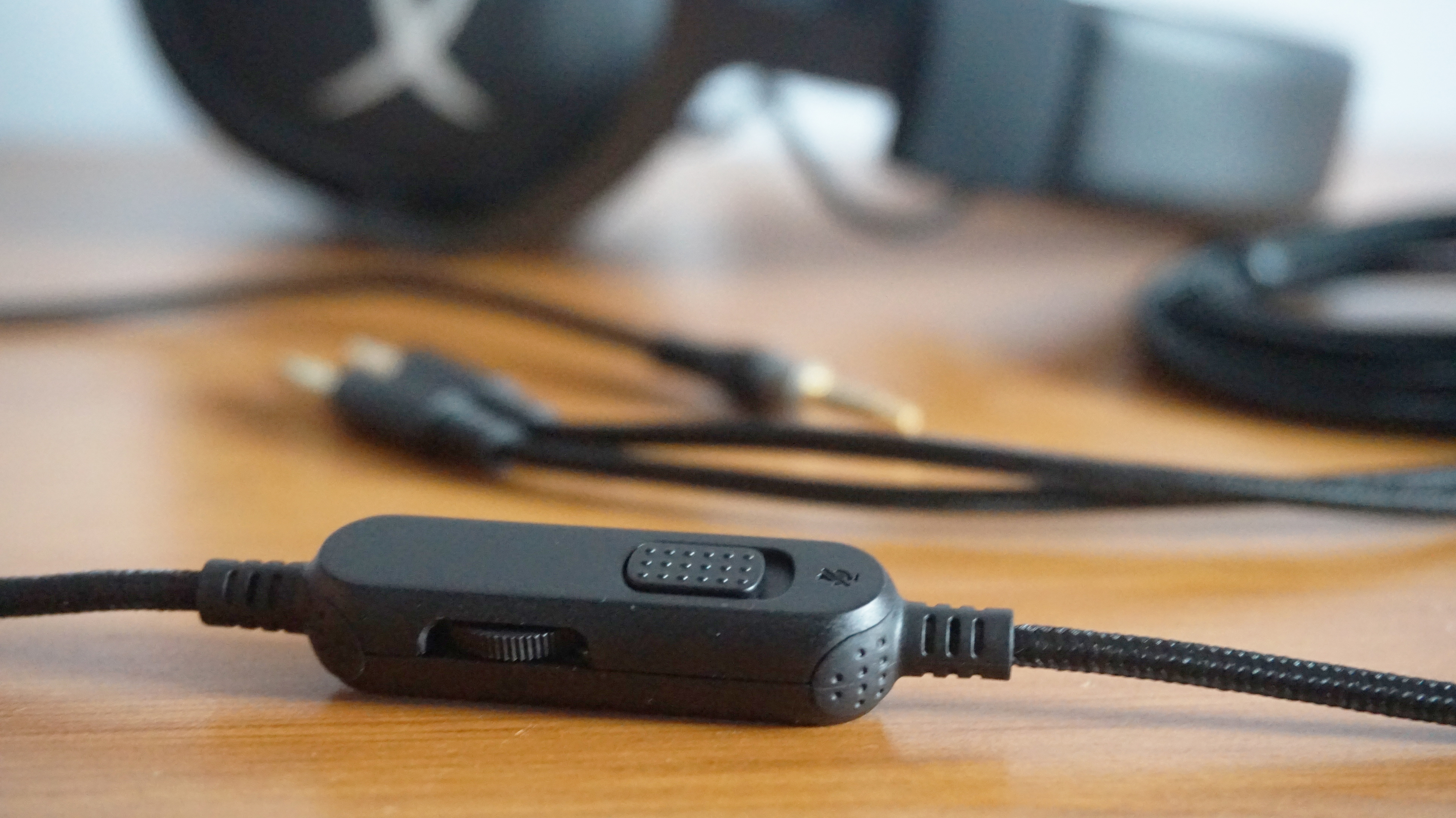 Fortunately, you do get a nice volume control and microphone mute button for when you’re using it as a wired headset.

It didn’t get much better when I tried using the Cloud Mix as an ordinary listening headset, either – both as a wired headset and over Bluetooth. Switching over to my Final Fantasy XV soundtrack in iTunes, the strings sounded very muddy and muted compared to other headsets I’ve tried in the past, including the Cloud Alpha, and a lot of the finer percussion detail just wasn’t as clear as I’d like.

Thankfully, rock and pop tracks weren’t quite as dire, with the Mix producing a decent amount of bass to balance out the vocals in nearly every test track. Just like Hellblade, however, something was missing. It’s hard to describe, but every bit of music just felt like one big shoulder shrug. There was no depth to them, no toe-tapping detail, nothing to instantly make me go, ‘oh yeah, that’s the stuff.’ Nadda.

It’s a shame, as the detachable microphone was really quite excellent. Everything was crystal clear when I recorded myself talking in Audacity, with nary a hint of wind pop or hissing static. 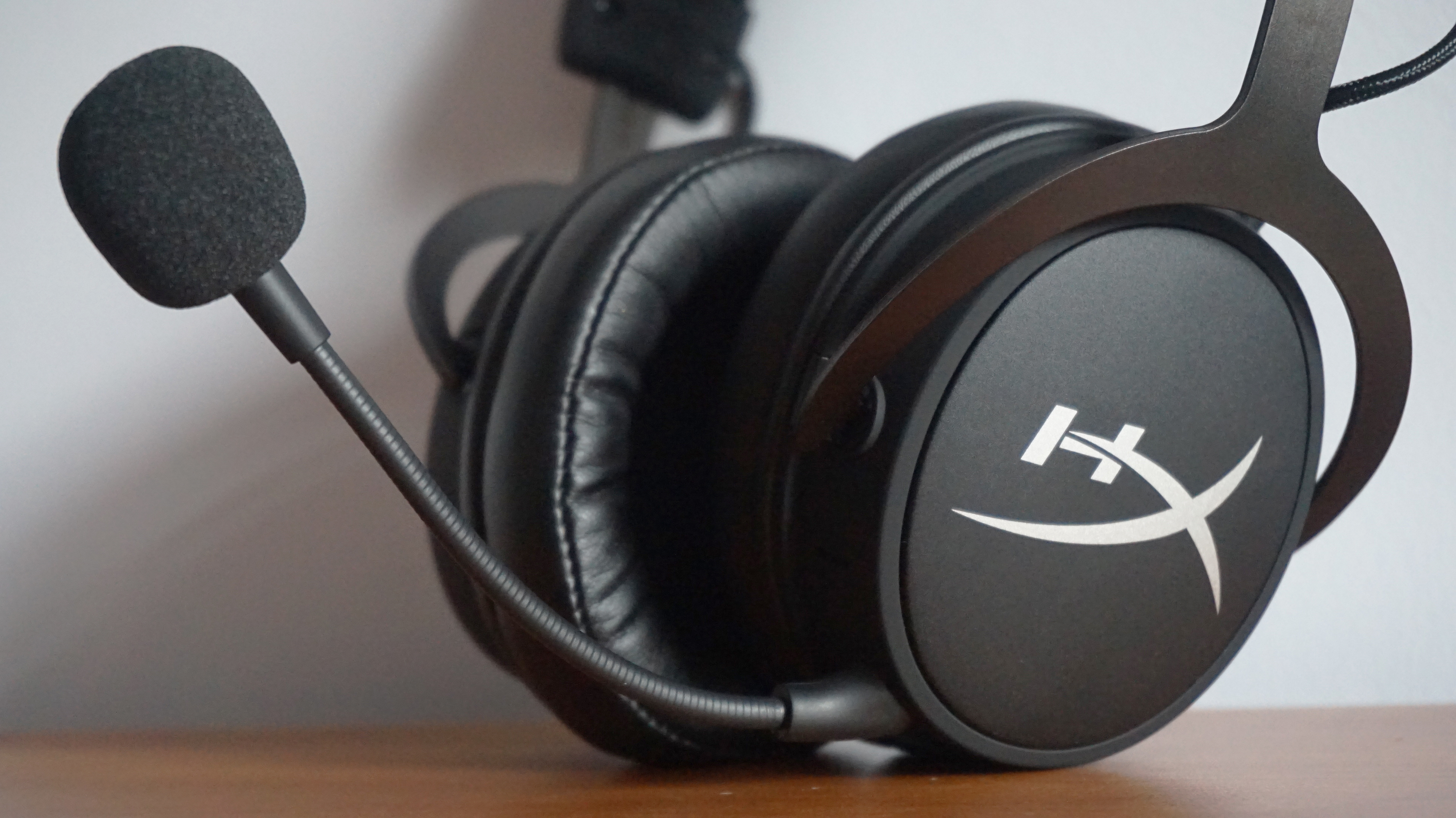 It’s also one of the most comfortable HyperX headsets I’ve worn so far, its soft, plush memory foam headband sitting very agreeably upon my tiny noggin for hours at a time. I’ve had mixed results with other HyperX headsets in the past – the Cloud Alpha was just about all right for a couple of hours, but I didn’t really get on with the Cloud Flight‘s headband at all – so it’s good to see things are getting better in this respect with each subsequent headset HyperX put out.

The Cloud Mix’s Bluetooth battery life of up to 20 hours is also pretty decent as these things go, but it still can’t beat HyperX’s proper wireless headset, the aforementioned Cloud Flight, which lasts for up to 30 hours with all of its LEDs turned off.

I really wanted to like the HyperX Cloud Mix, but when it costs so much more than almost any other gaming headset out there, its audio quality simply isn’t good enough to recommend it over HyperX’s infinitely better-sounding Cloud Alpha or, indeed, Cloud Flight. While the Bluetooth support will no doubt be useful to some, you’re paying an awful big premium for it over your traditional wireless headsets that use a USB dongle, which let’s not forget are still fully compatible with your laptop when you’re on the go.

If you’re really dead set about having something to use with your phone as well as your laptop then I’d have to recommend the £94 / $100 Steelseries Arctis 3 Bluetooth instead, as that has the same great audio drivers as my current best gaming headset champ, the Steelseries Arctis 7, and has a superior 28 hour battery life to boot. Otherwise, those simply after a excellent wired headset should make their way over to the £85 / $80 Corsair Void Pro RGB.