Now streaming live:
Premature Evaluation is the weekly column in which Steve Hogarty explores the wilds of early access. This week it’s the top down indie RPG-me-doo Heartbound

My dog has been dead for longer than he was alive, which means I’m long past having any right to fondly remember him as I stare through a rainy window, or to hear his bark on the breeze on warm evening walks along the old railway track. He’s just way too dead to be taking up that kind of emotional bandwidth any more. How weird would it be for a man in his thirties, with a workplace pension and more than one Oxford shirt, to indulge in routine nostalgia for the animal who lived in his house when he was twelve? Plenty weird.

But weird as it may be, games like Heartbound mean I still think about my dead dog often. I think about how he would stare right into my eyes whenever he was laying dog eggs, as though silently accusing me of being some kind of canine pervert. I think about the time he stole an entire roast chicken from the neighbour’s house and then disappeared into the hills for three days, waiting for things to blow over. Or when he turned up one morning in the front garden holding something that looked a lot like a mauled sheep torso. Oh you murderous little scamp. You will never be held accountable for your crimes, because you are dead. 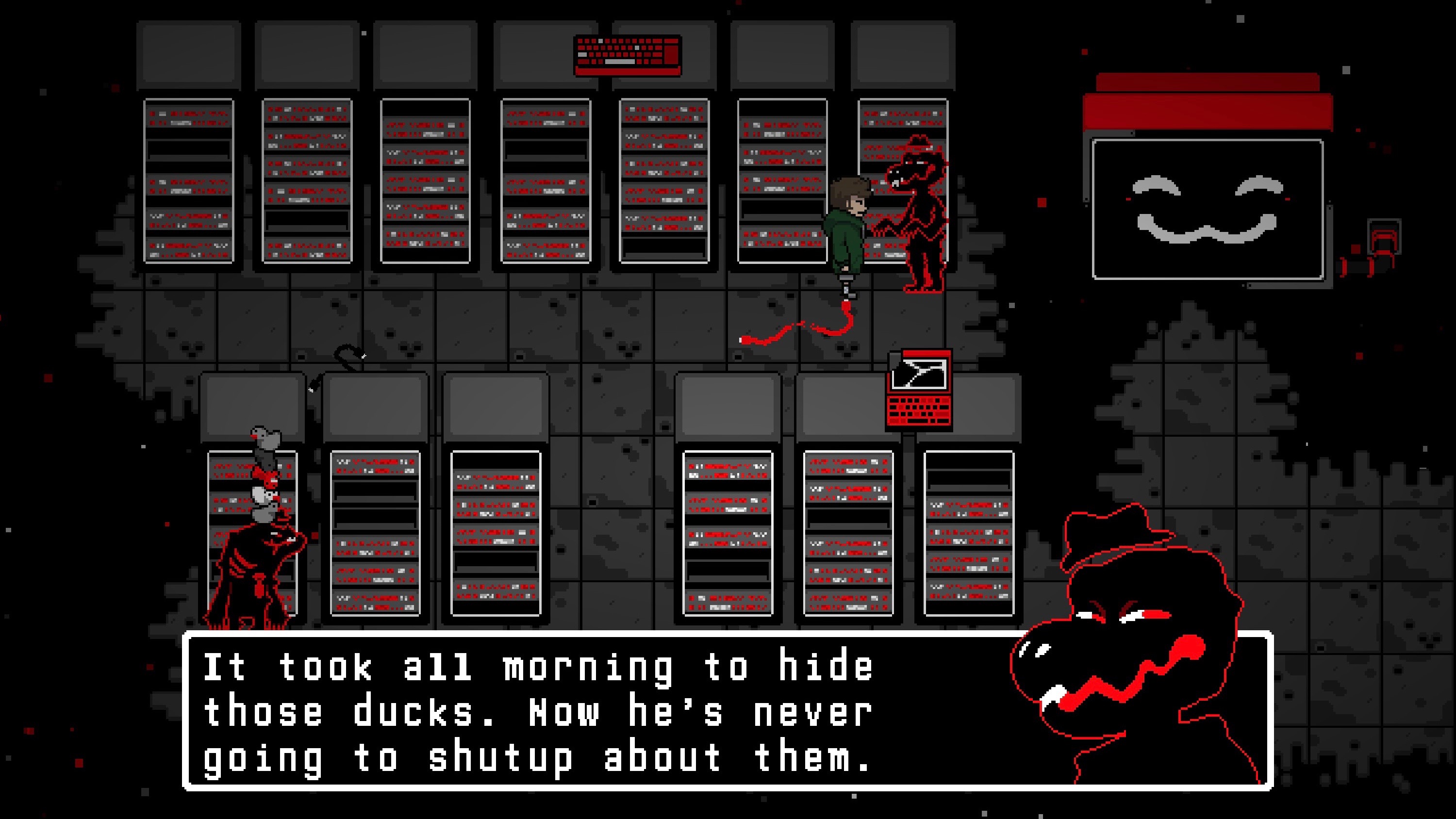 Heartbound is a top-down indie RPG in the vein of Undertale and OneShot, and inspired by the NES classic Earthbound. You play Lore, a boy on a mission to find his lost dog, Baron, who can talk. Things become even more surreal in short order, and you’re flung into what would seem to be the fractured memories of Lore’s troubled domestic life, in which places and people become nightmarishly abstract versions of themselves, and your missing dog is forever just out of reach. It’s regression therapy meets Twin Peaks, with act three of Turner & Hooch thrown in for good measure, except this time Turner has taken loads of ketamine and run naked into the forest.

Most of this Early Access version takes place in the first of the game’s three chapters, in the stark and Dilbert-esque cubicle expanse of Tower Corp, an interdimensional corporate office staffed by sarcastic wraiths and a handful of exploitative manager demons. Forced to intern by a cheerful operating system, you’re shuffled about from role to role, working in the office cafeteria, or in the mailroom, each job usually comprising a brief mini-game or fetch mission. The only two combat encounters included so far are simple button-tapping and reaction-based games. There’s no inventory, health, stats or levelling to speak of. Instead, Heartbound is deliberately stripped right down to the basic actions of walking around, pointing your character at things and pressing a button. It sometimes struggles to feel very interactive at all. 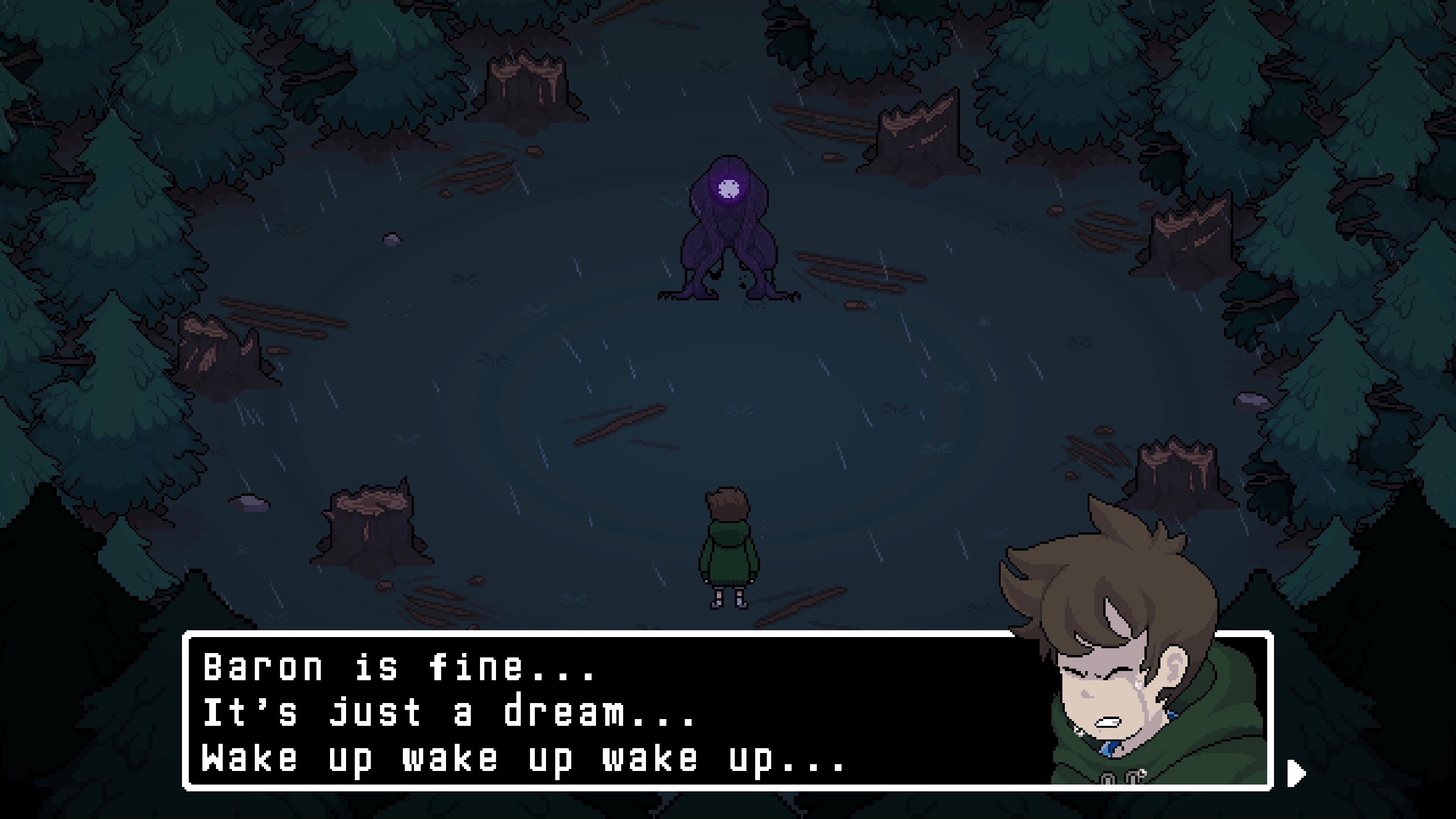 Still, it’s very silly, unashamedly strange and superbly written, even if the writing’s eagerness to reach for knowing irony can sometimes get in the way of basic plotting and sense-making. There’s a dreamlike ambiguity in the conversations and characters you encounter, and you have to work hard to keep hold of the loose thread of the story, when all around you are bench pressing mushrooms and curious wizard men who live in cosmic libraries and speak in riddles. There’s a very fine line between sense and nonsense, over which Heartbound occasionally trips and smashes its pretty face.

Actions you take in Heartbound have consequences, and it’s in testing some of these different outcomes that a few more of the game’s themes become clear. You can be mean to your dog in the opening scenes for example, feeding him garbage and throwing his precious dog food in the bin, which are two of the worst things it’s possible to do to a dog. Baron’s response — you will recall he is an emotionally intelligent talking animal — is one of pained understanding, that you might not be feeling yourself, that whatever is wrong with you is getting worse. 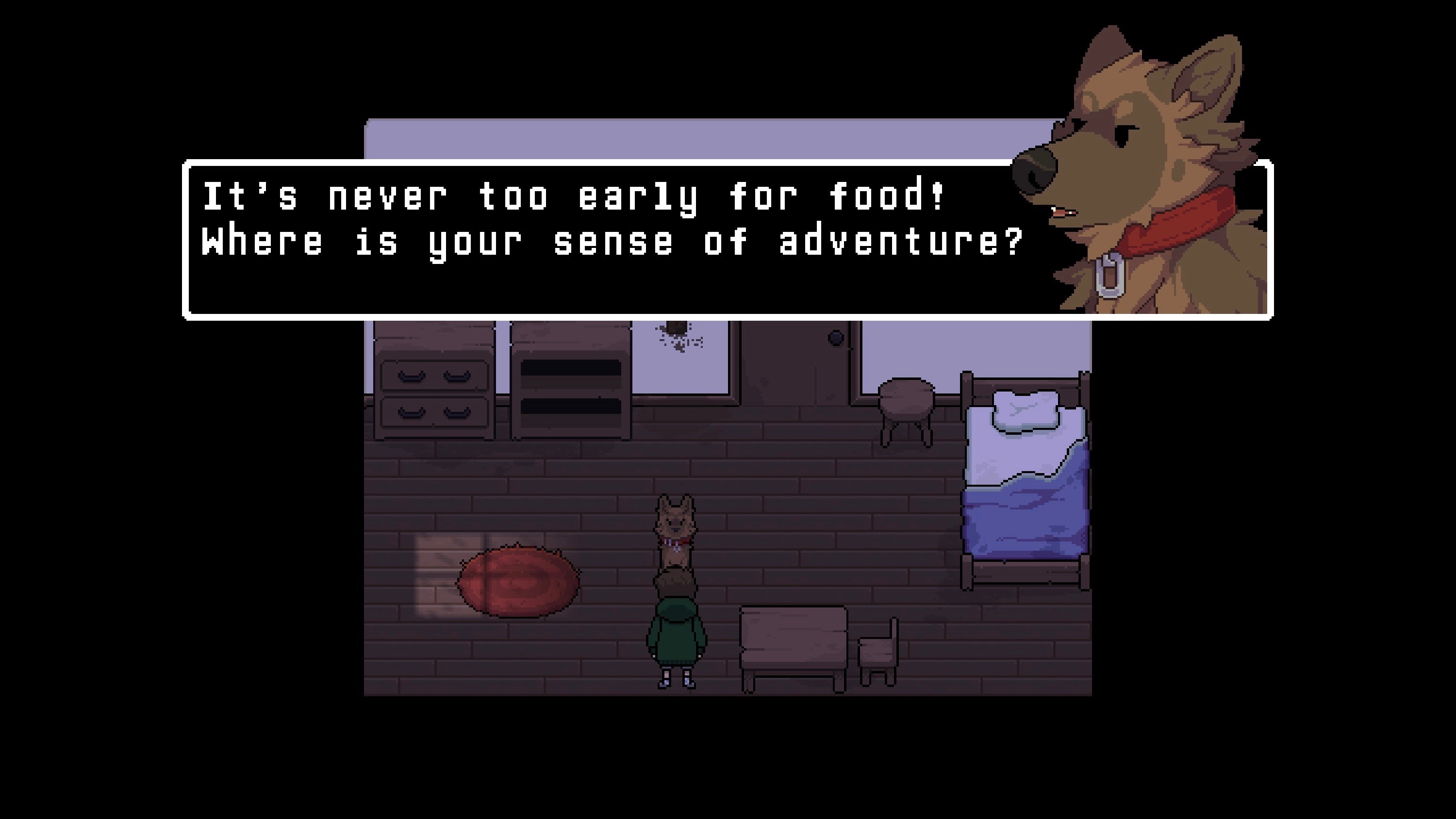 Mental health is a heavy enough topic to grapple with in games, but it’s made slightly easier to process when delivered via the timeless medium of a genial and language-capable dog. In fact, there are very few things that aren’t made less upsetting by having the words said by a dog. “We did everything we could, but I’m afraid your father didn’t make it,” barked the border collie with the stethoscope. “Initial reports say there were no survivors,” woofed the bichon frise from behind the newsdesk, solemnly. See? Everything sounds fine coming from a dog, a method that Heartbound employs effectively in matters of trauma and sadness.

This short Early Access build only covers the first two hours of the game, which is hardly enough time for these kinds of decisions and their consequences to fully play out, or for some of the bigger themes to breathe. But already on show is some real artistic and musical flare. Heartbound looks wonderful, with beautifully drawn character portraits throughout. The tunes are fun, especially around Tower Corp, where a cacophony of ringing phones merges into a chirpy bloopy retro concerto. The short glimpses you can have of the other two chapters suggest a great deal of variety is still to come too: there’s a bucolic animal village and an industrial lava fortress, in stark contrast to the two-tone, red-and-black uniformity of the office block.

With at least two thirds of the game’s content still to be added, and a release date set for the middle of the year, it’s difficult to recommend anything other than sitting tight and waiting for this strange little RPG to finish baking. Heartbound’s branching, changing, decision-led structure isn’t well served by a partial playthrough that ends just as it’s beginning to pick up speed, and nobody is served by an unfinished game that doesn’t resolve the fate of its cool talking dog.