Bear with me for a minute, and let me tell you about the greatest Lord Of The Rings game ever released. There have been myriad games based on Tolkien’s work, most of which weren’t very good. Some more recent efforts include War In The North and Shadow Of Mordor. I liked the latter a lot, but the fact remains that there is one game to rule them all.

I first played The Lord Of The Rings: Return Of The King back in 2003, when I was eight years old and no taller than a hobbit. My PC at the time wasn’t much better at running games than a calculator would be, but that didn’t matter to me because I got to play as Gandalf.

As a big Tolkien head, getting to play as the legendary Mithrandir was a liberty I never expected to be afforded. In fact, the very first mission in the game has you play as the White Wizard in Helm’s Deep, right near the end of The Two Towers. You know that scene in the trilogy that has Gandalf show up on top of a hill with thousands of Riders of Rohan behind him, when he just kind of poses there for a while, majestic white hair flowing in the breeze? That’s where the game picks up.

The level starts as you storm Helm’s Deep from above, laying waste to the Uruk-hai army in the Battle of the Hornburg. After this mission, the game splits into three different paths: Wizard, King, and Hobbits. Gandalf’s arc is obviously tied to the Path of the Wizard, and it features missions in Isengard, Minas Tirith, and Mordor. All the hits. However, the level I remember most fondly is that very first one, because as you might expect, Gandalf is very overpowered at Helm’s Deep. He’s nigh unkillable. 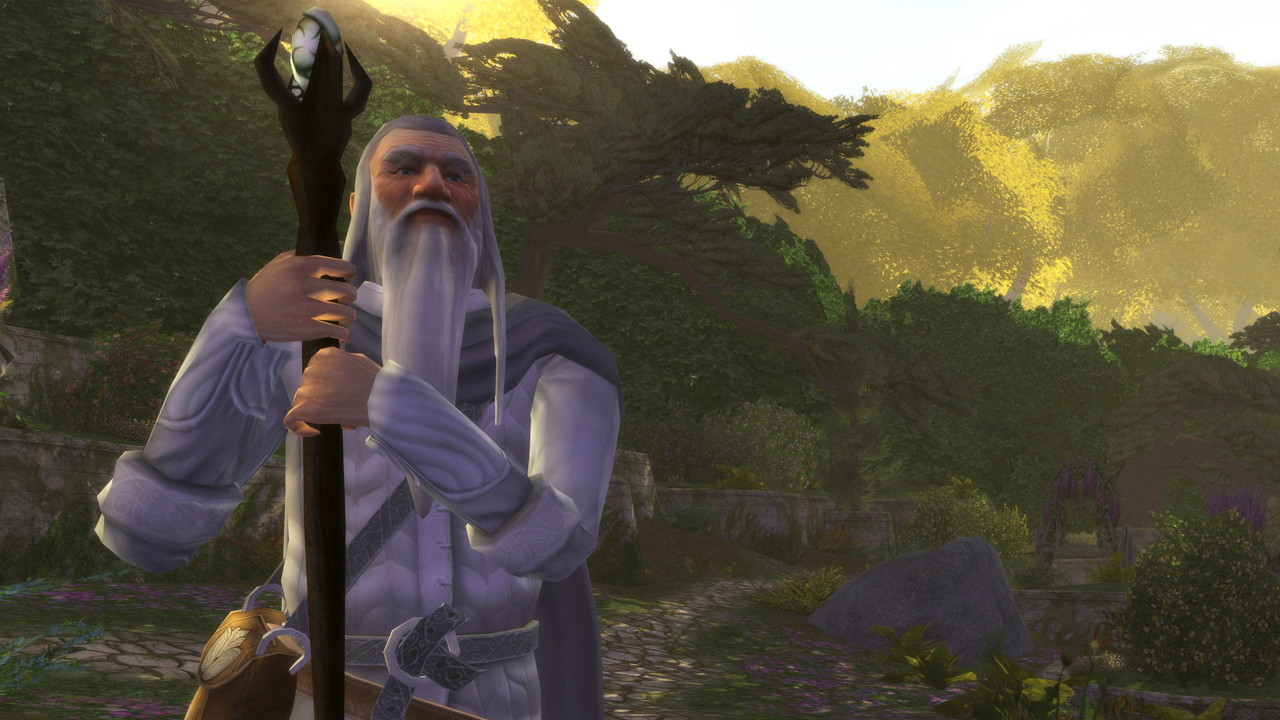 I’m all about balance in games, and I sometimes try my hand at the higher difficulties in them. I beat Dragon Age: Inquisition on Nightmare after about a million years trying. But there was something really special about playing as Gandalf (other than the fact that he was voiced by the best actor to have ever lived). I estimate that I played that first mission over a hundred times. True, it was the only one I could play — I would to get stuck shortly afterwards because I was rubbish at the game — but I also think I’d have kept going back even if I was able to progress further.

Playing as Gandalf was a dream come true for me, and I don’t mean that in a saccharine, mataphorical way. He was one of the good guys, a stalwart champion determined to protect others from harm. Most importantly, he was powerful enough to actually succeed in his endeavour to protect those people. Playing as him made me feel as if I was one of the good guys too, and that what I was doing counted for something. I have no doubt that I’d still feel that way if I were to reprise my role as the virtual Istar right this second.

It only feels right to wrap this up with a quote from Gandalf himself. “All we have to decide is what to do with the time that is given us.” And right now, I think I’m going to go on eBay to see if I can find a hard copy of Return of the King, because I accidentally broke mine 16 years ago.

Tagged with EA Redwood Shores, feature, The Joy Of, The Lord of the Rings: The Return of the King.

More about The Lord of the Rings: The Return of the King

Have You Played... The Lord of the Rings: The Return of the King?

More than a cash in