The Division 2 dumps you right into the action from the get-go. Your task is to make it to the White House unscathed and link up with the Division base set up there. This walkthrough will go over the mission in detail, pointing out the enemies along the way and anything else you should know about.

You’re probably wanting to know more about the various features of The Division 2. If so, you can head back to our [MAIN GUIDE HUB] for various guides on the ins and outs of the game. Alternatively, if there is another mission you’re stuck on, go to our missions hub for the full list of Story Missions, side missions, and even details on the randomised events that appear on the map. 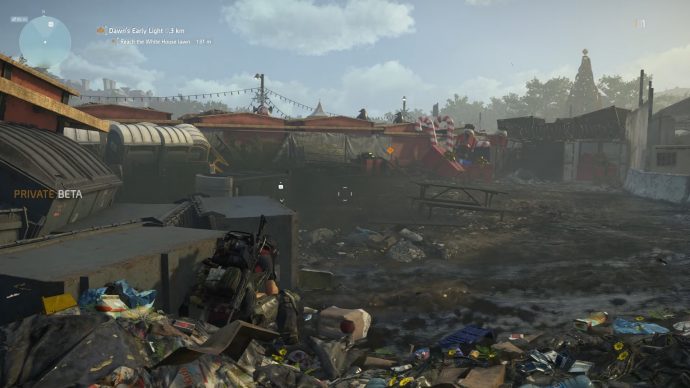 Rewards: Base of Operations safehouse unlocked

After the brief tutorial section explaining cover, head towards the waypoint. Along the way there are no enemies, so feel free to practice with moving around cover. Trust me, it’ll be invaluable in the fight ahead. There is one slightly confusing section where there’s the ruins of a festival stand that’s a dead end. If you find yourself there, turn around and exit the area, turning left as you do. This will put you back on the right path and you should come across a crate to loot.

You should hear an announcement that the White House is under attack before long. This is your cue to look for enemies. A roadblock has three Hyenas – what are essentially bandits – who are situated by a roadblock. They’re all level 1 and very basic enemies, but they can try to throw grenades at you.

Once you’ve killed them, reach the White House’s garden to find a full scale assault underway. There will be a large number of basic enemies, and one with armour, indicated by a purple health bar. There are lots of explosives dotted around their cover. Shoot them when they’re behind nearby cover to eliminate them from the fight. The enemy with the purple bar will take more shots, but is not all that special.

Keep an eye on where grenades come in. These are more likely than not special smoke grenades that inflict confuse on you, distorting your screen for a brief time. You’ll know when they’re all dead once the mission prompt asks you to enter the White House. Do so to complete the mission and establish your new home base of operations. 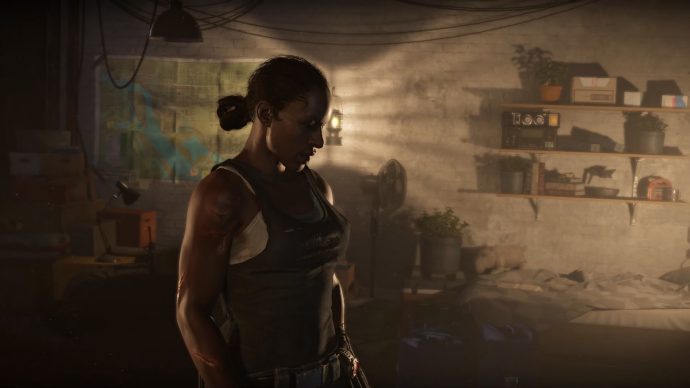 Inside you’ll need to meet with the Division Coordinator, so follow the marker to do so. He’ll ask you to see the Quartermaster to learn about upgrading your skills. You have free reign on which of the eight skills you can unlock, and each one has a number of variants. You’ll also choose your perks here, so go ahead and invest in which one you think will be most useful. I personally recommend the Weapon slot and Skill slot increase, just to get them out of the way.

After choosing your perks and skills, from the previous mission, the map screen will come up and a green location named Settlement will be highlighted on the map. This is your destination as you’ll need to meet with the leader – Odessa Sawyer. However before you do anything else, equip your skills and any equipment you have picked up, as it doesn’t automatically fill the slots with items/skills.

Venture out of the eastern exit and make your way down the street. You’ll probably encounter some random events along the way, as well as items to recover. Once you’ve arrived, head upstairs to unlock the Settlement as a fast travel location, then head to the top floor and enter Odessa’s room to talk to her. Now that you’ve completed this mission, it’s time to Rescue Eleanor Sawyer.