Sekiro: Shadows Die Twice has finally snuck onto PC. The latest game from Souls makers From Software, this gory slice-’em-up sees you tread softly softly in the silent shoes of The Wolf, a master shinobi with the curious ability to resurrect himself upon death, as you battle the humongous foes of feudal Japan.

The big question on everyone’s lips, though, is whether this game will also murder your PC’s frame rate? Find out below, where we detail Sekiro: Shadow Die Twice’s PC requirements as well as how to get the best settings for the slickest graphics performance.

The good news is that Sekiro runs like a true ninja on PC, offering up buttery smooth frame rates on even the most entry-level GPUs out of today’s best graphics cards. From my own testing, even a 6GB Nvidia GeForce GTX 1060 can run Sekiro at 60fps on Max settings at both 1920×1080 and 2560×1440, so anything above a GTX 1060 should have no issue at all when it comes to performance.

For those with graphics cards below the GTX 1060, however, there are a couple of handy tricks you can employ to hoist the frame rate back up towards 60fps without necessarily compromising the game’s overall image quality.

Before we get to that, though, let’s remind ourselves of Sekiro’s PC requirements, which you’ll find listed below. As you can see, they’re pretty undemanding in terms of overall graphics power, and you don’t need a particularly powerful CPU to go with it, either.

Sekiro: Shadows Die Twice: How to get the best settings on PC

Sekiro has four main graphics settings: Low, Medium, High and Max. In truth, there isn’t a huge amount of variation between them in terms of overall visual quality – or at least not that I can really see. Instead, the main difference lies in the game’s lighting. Here’s what that looks like in practice (click to expand). 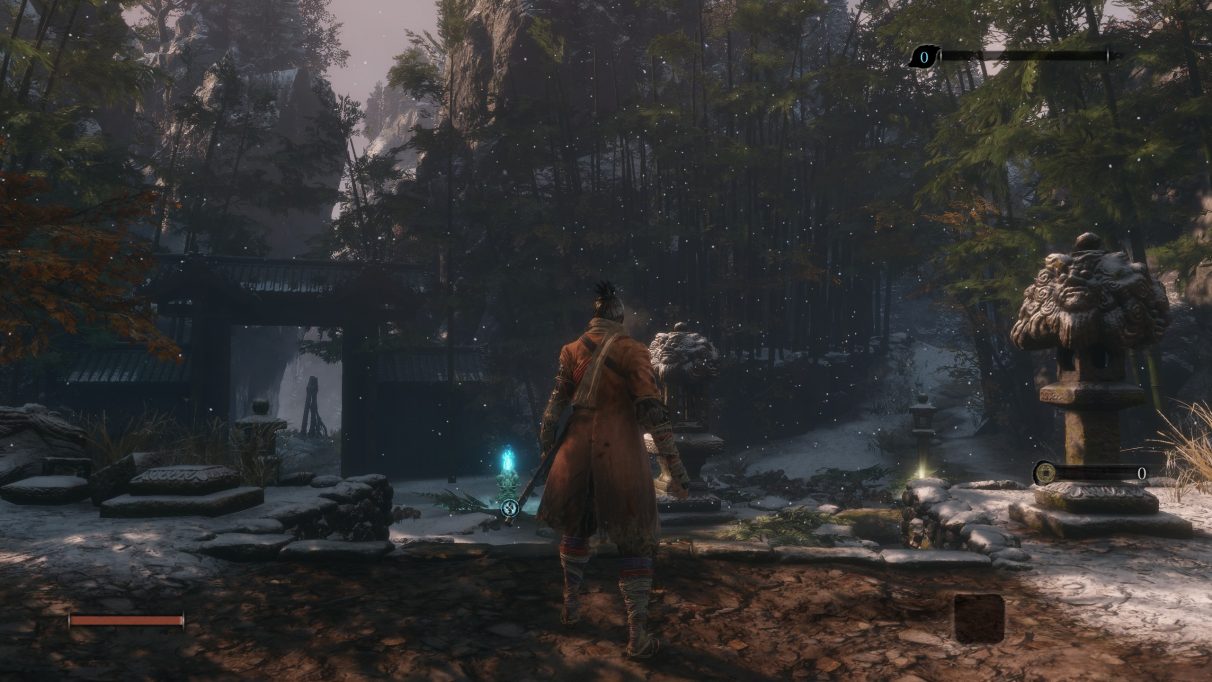 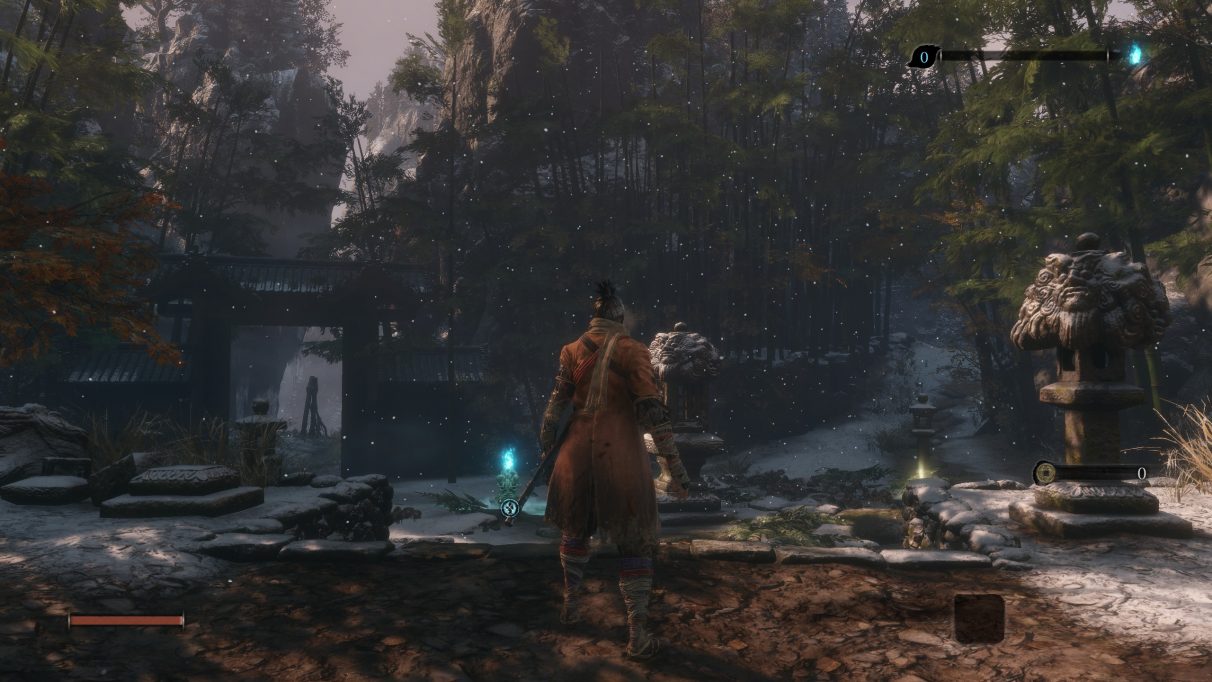 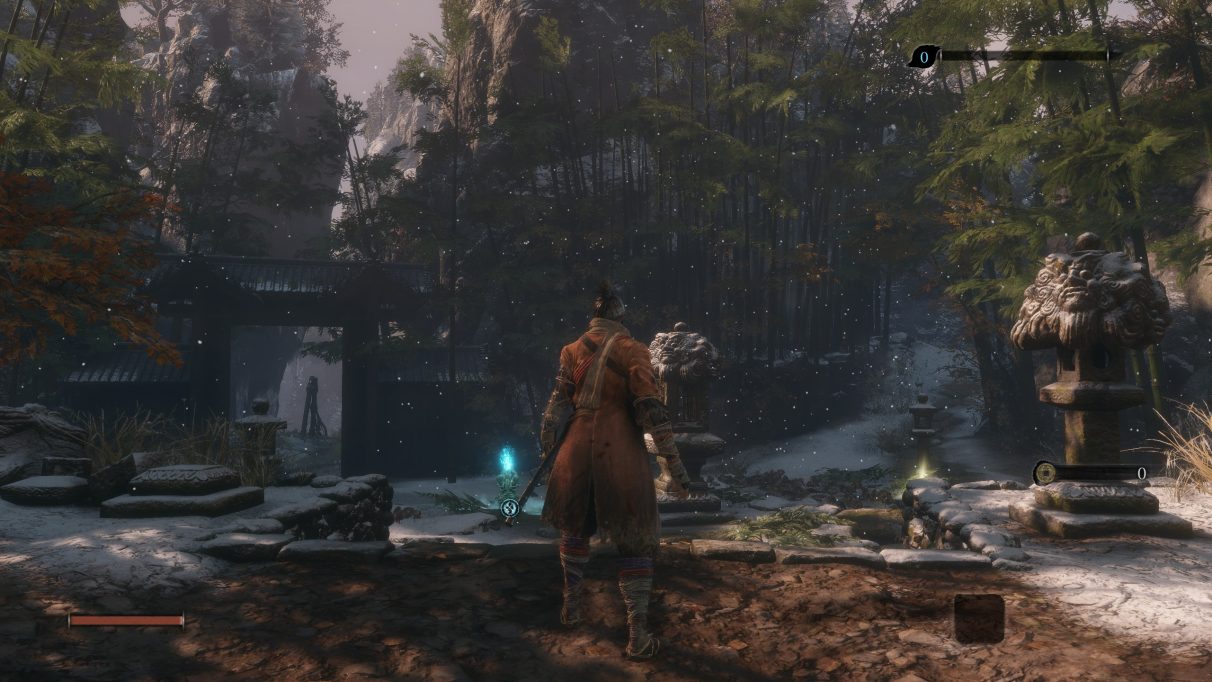 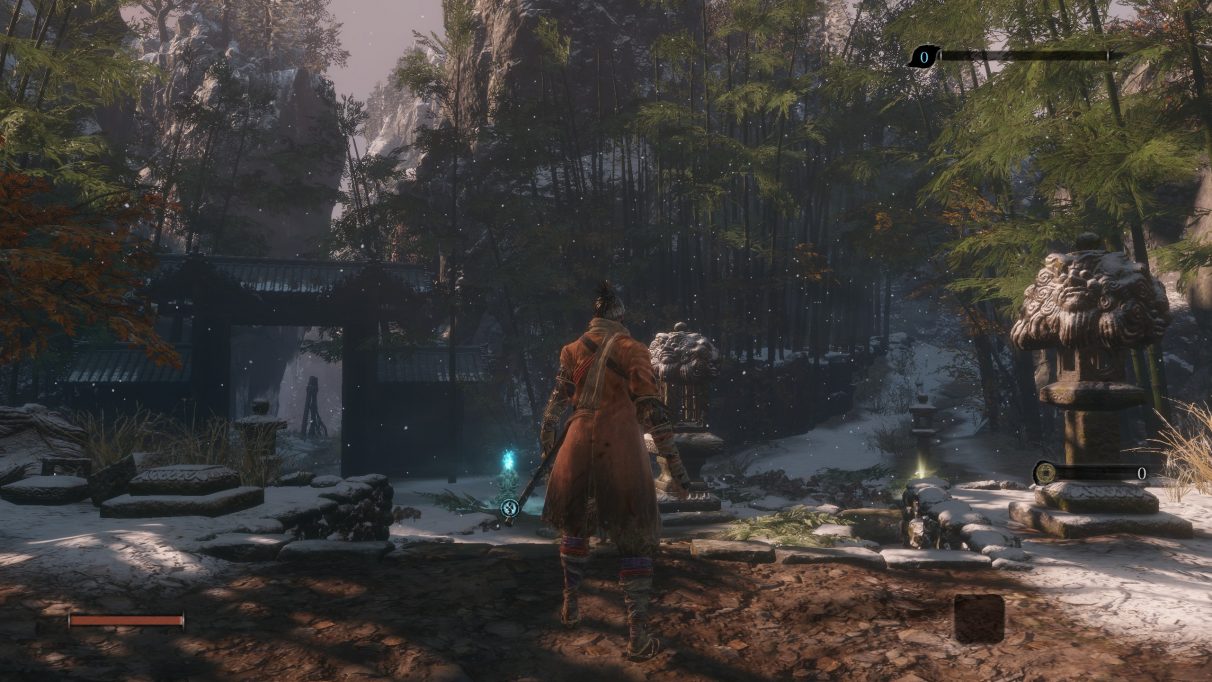 As you go from Max down to Low, you’ll notice the game gets a lot brighter, with lighting effects getting toned down or switched off altogether – and it’s here where you’ll find the key to taming Sekiro’s frame rate. Indeed, while a lot of the individual settings in its Advanced Graphics Option menu seemed to have very little impact on overall performance, Shadow quality is definitely one of the big hitters when it comes to clawing back some additional speed.

Using a 4GB Nvidia GeForce GTX 1050 Ti, this ran at roughly 40-45fps on Max settings at 1920×1080, with High pushing that up to around 48-52fps. However, I was also able to obtain this latter set of figures simply by turning the Shadow Quality down to Low, which goes to show just how much it’s affecting the frame rate. 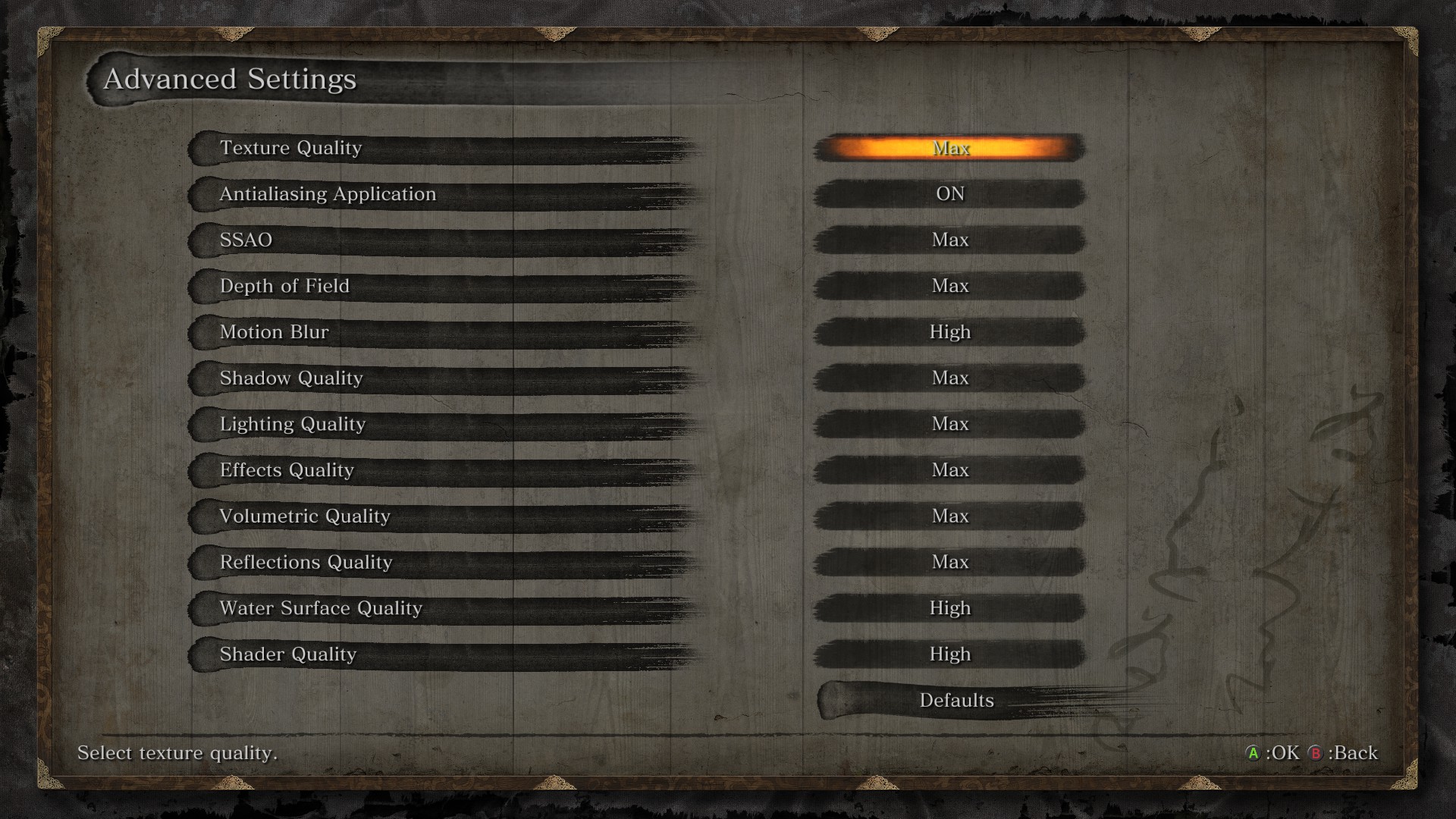 Sekiro’s Antialiasing Application option is another frame rate hogger, and switching this off (it’s only ever either ‘On’ or ‘Off’) gave me on average another five frames or so to play with. Add these two tweaks together and that frame rate in the low 40s is suddenly in the mid-50s. And if you absolutely want that pristine 60fps, then the next thing you can do is knock the SSAO down to Medium. With all three of these settings knocked down a couple of pegs, you can get 60fps easy peasy.

I should note, however, that lower shadow quality settings can look a bit ropey when turned all the way down to low, as the series of images seen below hopefully illustrate: 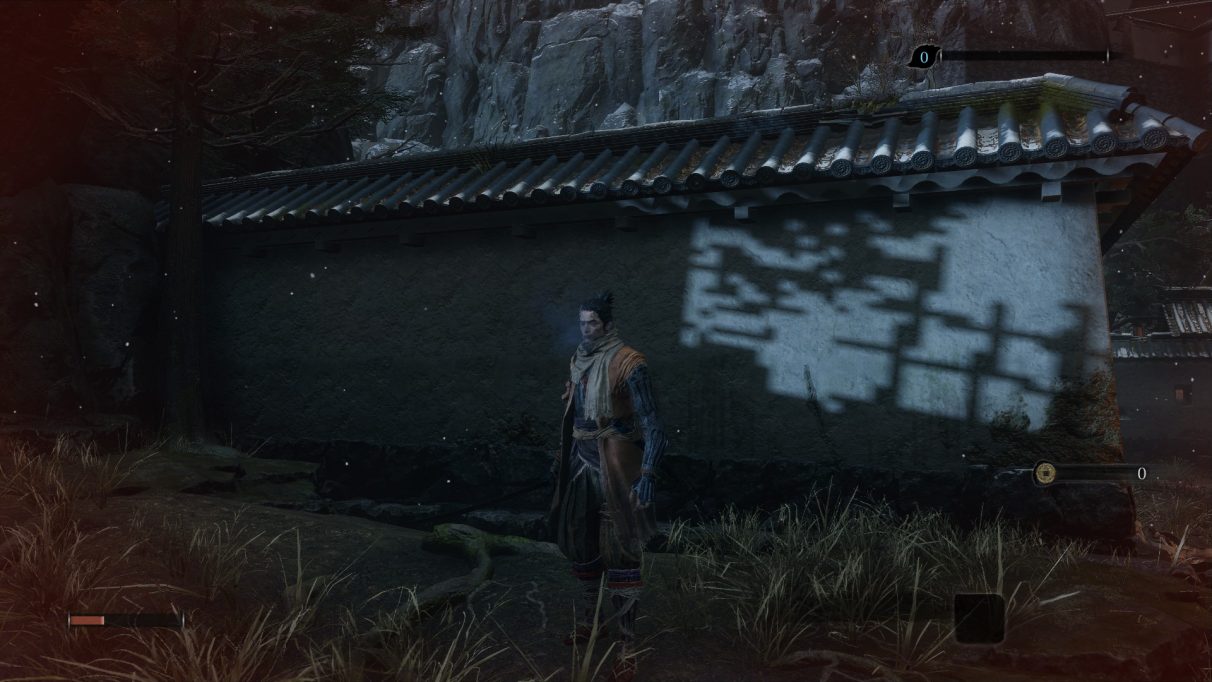 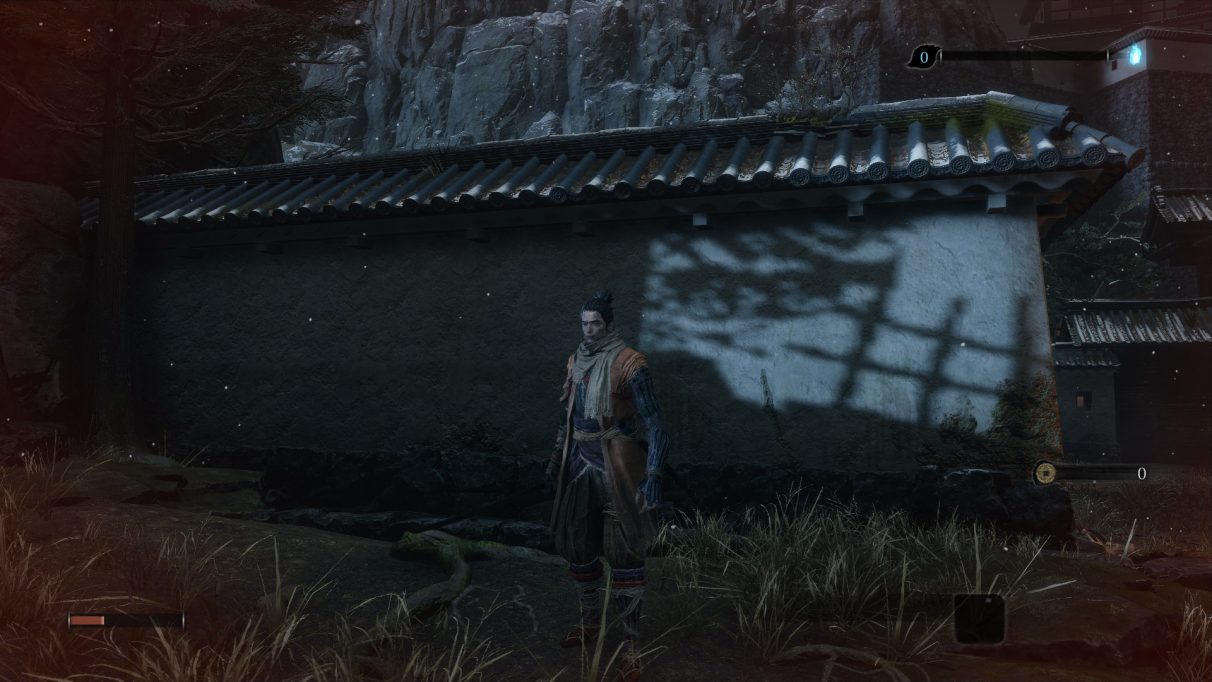 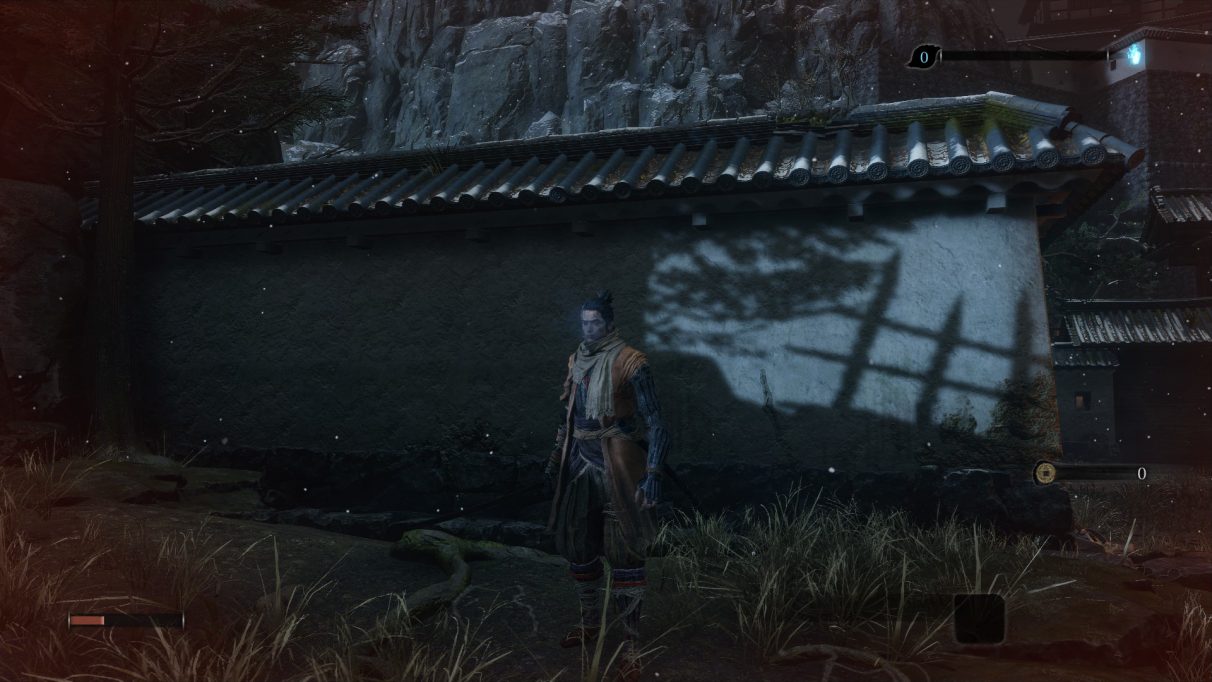 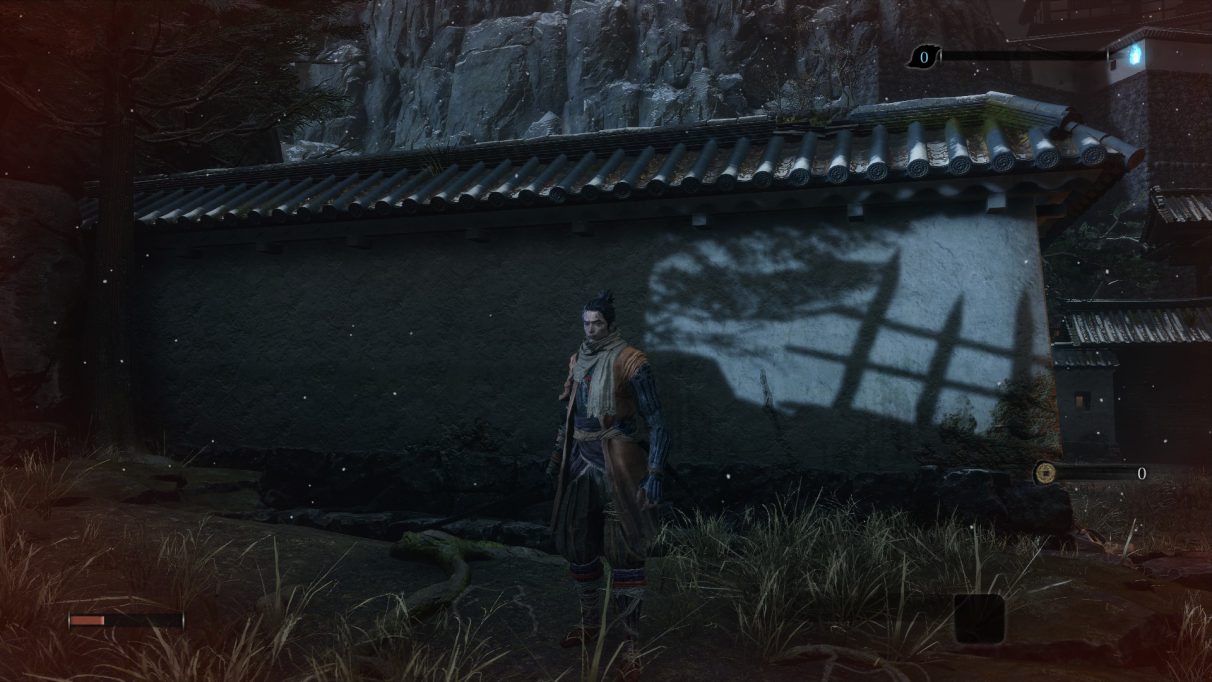 As a result, another combination of the above settings tweaks you can try is Medium Shadow Quality, with both AA and SSAO turned off completely. That still produced a smooth 60fps for me, and I got slightly better, more accurate-looking shadows to boot.

Fortunately, Sekiro also has the ability to adapt its graphics settings on the fly if you’d rather not mess about with individual options too much. Just make sure Automatic Rendering Adjustment is switched on in the initial Graphics Options menu and the game will simplify how it renders the game when performance starts to drop. From my own experience, this setting was pretty seamless in practice, and may be more preferable than settling for slightly blocky-looking shadows if you want to get the best graphical experience possible. It’s really up to you.

The only mildly annoying thing about Sekiro’s graphics option menu is that there’s no V-Sync setting or option to lock the frame rate at a specific speed. The latter in particular is becoming an increasingly common sight in today’s big blockbuster games, and can be a very handy addition if, say, you’ve still got quite an old graphics card and would rather lock the frame rate to 30fps to stop it from jumping about all over the shop. Alas, From Software have provided no such option here, so my best advice is to follow the tweaks outlined above if you feel in need of some extra speed.

Otherwise, you should have a grand old time slicing and dicing through Sekiro’s perilous forests and heavily-guarded castles, and please do share your own graphics tweaks in the comments.

Tagged with AMD, From Software, graphics cards, Hardware, how much graphics does it have, Nvidia, Sekiro: Shadows Die Twice.