Few games get me hyped on their concept alone, but Generation Zero did. A promising cross between games like DayZ, Left 4 Dead and Dear Esther that draws comparisons to Simon Stålenhag’s stunning sci-fi art, you say? That sounds great! Robots roaming the wilderness? Co-operative tactical shoot-n-‘splodes? 1980s fashion? Heck yes! Has it lived up to its potential? Sadly, no.

The set up looks like this: It’s 1980s Sweden. You’re a teenager on your way home from a vacation with buddies in the archipelago. But when the ferry docks at an island by the mainland, there’s no one to greet you. You head to a nearby house and find it abandoned, except for a gun and ominous machine bits strewn on the living room floor. From there, you stumble upon a police car, also abandoned. It seems that everyone who lived here has left, replaced by hostile robots armed to the teeth, roaming the vast, untamed Swedish countryside. You’re lost in an derelict world, trawling across the landscape in search of answers to your questions. Questions like: “What happened?” and “Where has everyone gone?” You know, normal teenage stuff. We’ve all been there. 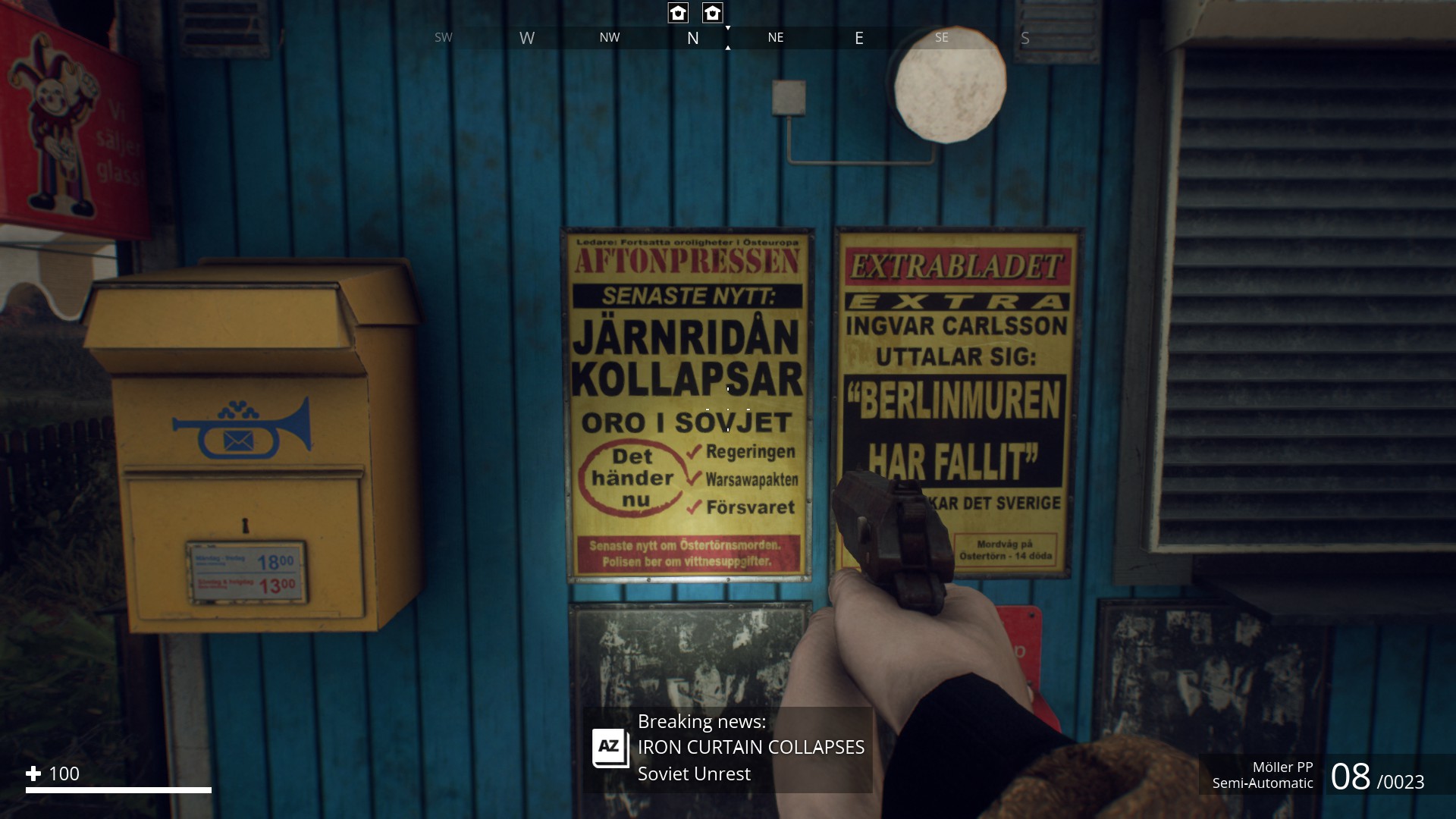 I was happy to see that Generation Zero is unapologetically Swedish from the get go. All the signage and voice acting is in Swedish, and even the art for mission items like handwritten notes. Decent English translations are available through subtitles, in the menu and on the contextual HUD, the latter being an example of nice user interface design. You point your crosshairs at a newspaper headline, say, and a translation appears as a subtitle. Sadly that’s the only good thing I have to say about the UI, because otherwise it’s a buggy managerial headache that devours fun. It petulantly drags your attention away from the action and back to the menial task of inventory management, like a toddler that constantly wants you to help them itemise their toy box instead of play with anything.

Trust me when I tell you that the first hour or so of Generation Zero is the honeymoon phase, because that’s when you can still select the “take all” option when looting. As soon as your inventory is full, it’s a clunky, drag-and-drop chore that can take minutes to sort out after every enemy engagement. It might work if there was simply less for the inventory to handle. Right now, there are approximately three to six different ammo types for each family of guns (rifles, sniper rifles, shotguns, SMGs, revolvers and pistols) and each type stacks separately, chewing through inventory space before you even consider other items. This is not ideal in a game focused so heavily on looting, and it’s exacerbated by the game’s poorly-handled tactical elements. 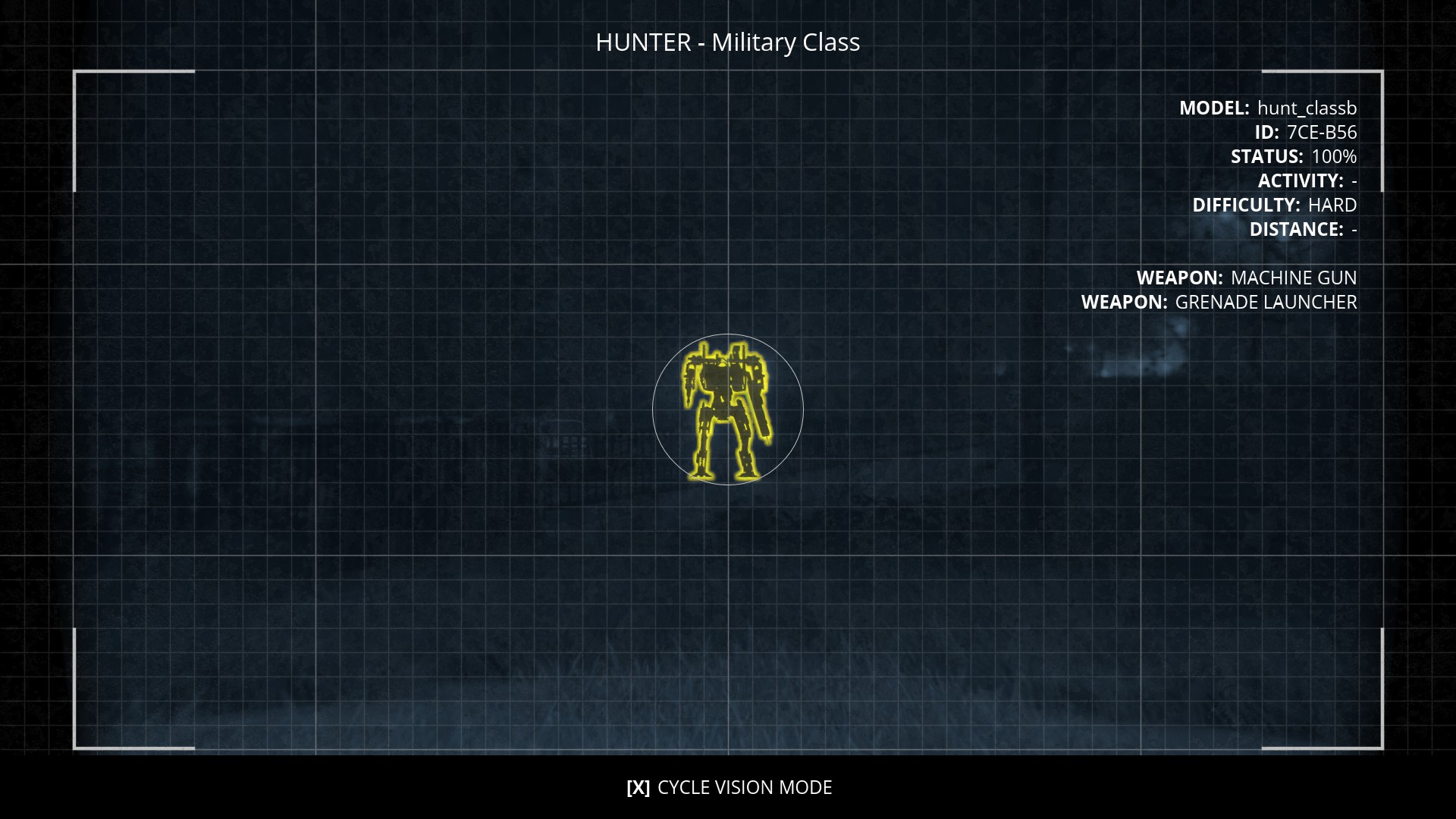 Types of robot are few, and their silhouettes are easy to recognise. They’re not shiny chrome beauties, they’re rusty, chunky, usually scuttle on all fours, and look like walking environmental hazards. 80s robots, analogue robots. In theory, you figure out a machine’s weakness and use specific ammo to exploit it. In practice, this is entirely impractical. Generation Zero has opted for a grid-based inventory with no quick select options, so changing ammo depending on your enemy requires you to take a minute of downtime to drag-and-drop in the middle of the gunfight. This is tricky and irritating when there’s no actual pause. Did I mention that there’s no pause? There’s no pause.

It often doesn’t even serve to make you feel pressured or afraid, mostly because the enemy indicators on the HUD are constantly alerting you to baddies that are miiiiiiles away. There’s no sense of either imminent danger or suspense because you know where a machine is before it has any idea you’re around. There’s also no option to turn the indicator off, which is a shame, because the game would be so much more atmospheric if you were forced to be wary of robos lurking in the dark. As it is, you can see them glowing in the night like novelty neon Transformers. 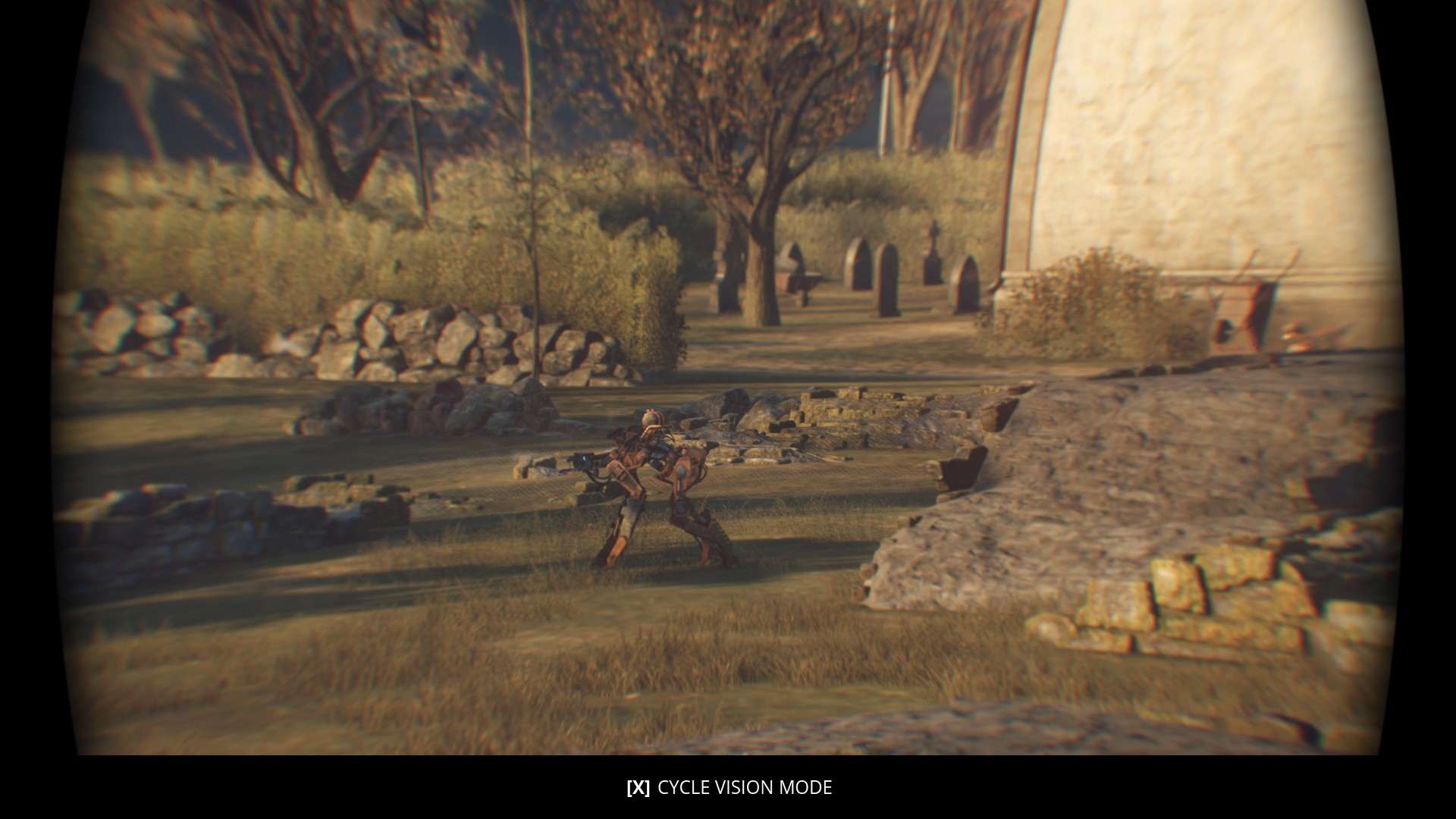 You’re supposed to use tactical combat items like fireworks and flares to disrupt their sensors, or bait them with lures and explosives. They do have nice effects. Radios play fun retro music, the fireworks ignite the sky in vibrant greens as you light up your enemy with bullets, and flares glow enchantingly in the night. It’s just unfortunate that they’re underpowered compared with the boring but effective kamikaze tactic my friends and I came up with. Enemies can sponge so, so many bullets, so the most efficient way to down larger robots is to run up to them with explosive canisters and let the bots step on those a few times. You’ll definitely die, but dying isn’t an issue in Generation Zero because, like everything else, the adrenaline shots with which you revive yourself are in plentiful supply.

In fact, loot drops so frequently that you never feel in danger of running out of anything, and nothing seems like a special get because it’s so easy to come by. If you can’t get it by rummaging around in the thousands of backpacks littered all over the place, you can get it by picking through the remains of a freshly slaughtered electrical being and start the process again. It just brings me back to complaining about trying to stuff it all in the inventory. There are hotkeys for items, but there’s only four, and once you go through a stack it doesn’t automatically hotkey another stack of the same item. Nor will it add any freshly looted items to an existing stack if it’s hotkeyed. I ended up kinda dreading looting after every encounter. Often I would dump off my inventory and start again just so I didn’t have to deal with it for ten minutes. And the game warns you to conserve ammo! 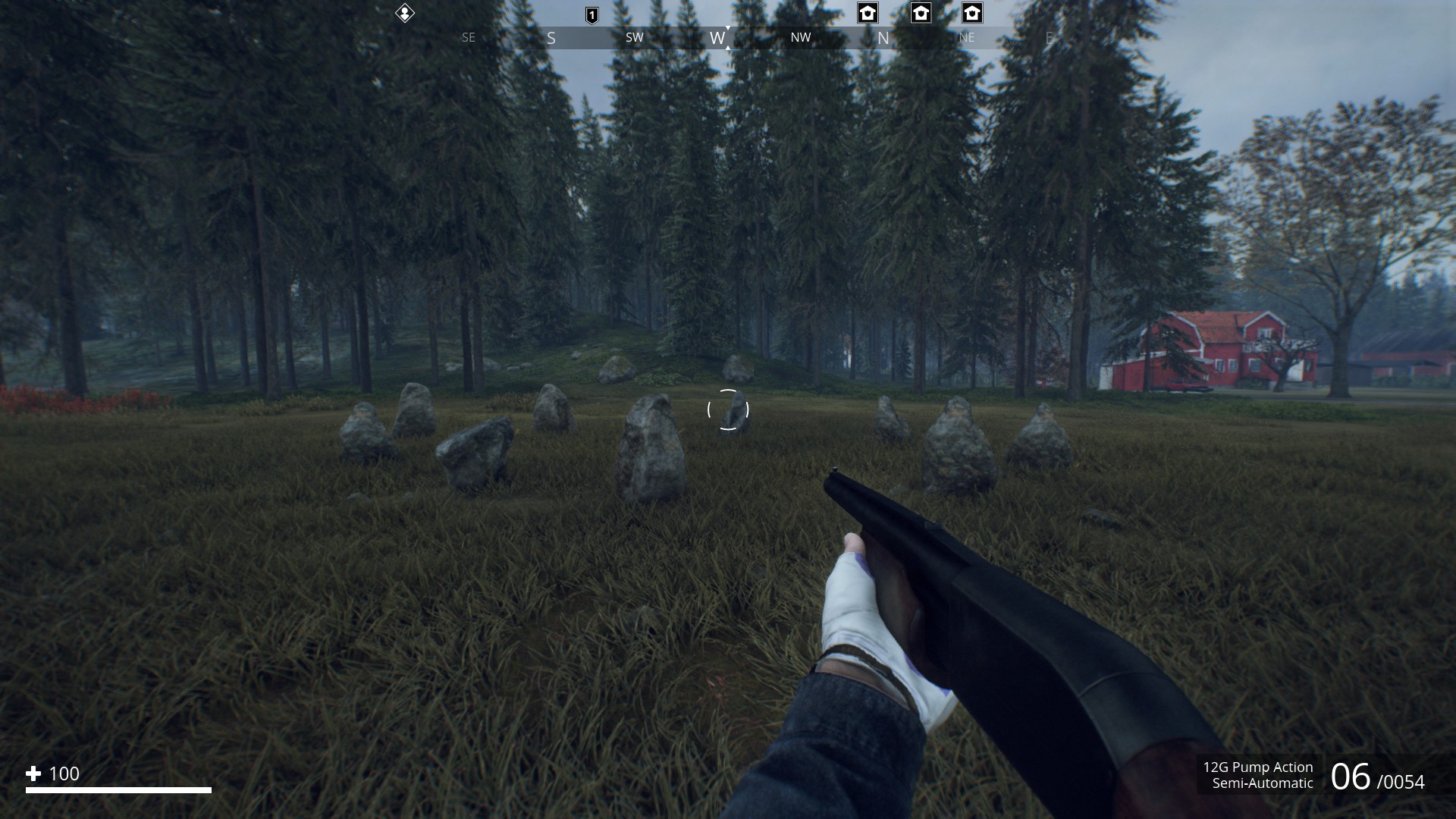 Generation Zero is made more fun with friends, who you can invite directly or find through matchmaking for four-player co-op, if only because they can act as entertainment while you’re reorganising your backpack. You can dance together to music from a boombox or a radio (which you’re supposed to use as robot lures but you’re gonna drop to free up space anyway). You also get to see more of the cosmetics when your friends are wearing them. There’s a lot of 80s apparel scattered all over the Swedish countryside, and it sometimes come with stats that, for example, improve noise reduction or damage resistances. Confusingly, though, there’s no way to view your overall stats, so aiming for a specific build is sort of awkward. We overlooked stats in favour of looking radical as heck.

There’s a bit of story in there too, but even that is lacklustre. Missions are there to make you feel like you’re striving to answer your original questions, but broadly they all fall into the one of two categories. Category 1: Everyone is missing. Where did they go? Find X, Y, Z mission items to discover their last known location and get some loot or an audio recording. Category 2: You found a letter or voicemail that mentions somebody’s house having a gun in it. Find house. Get gun. 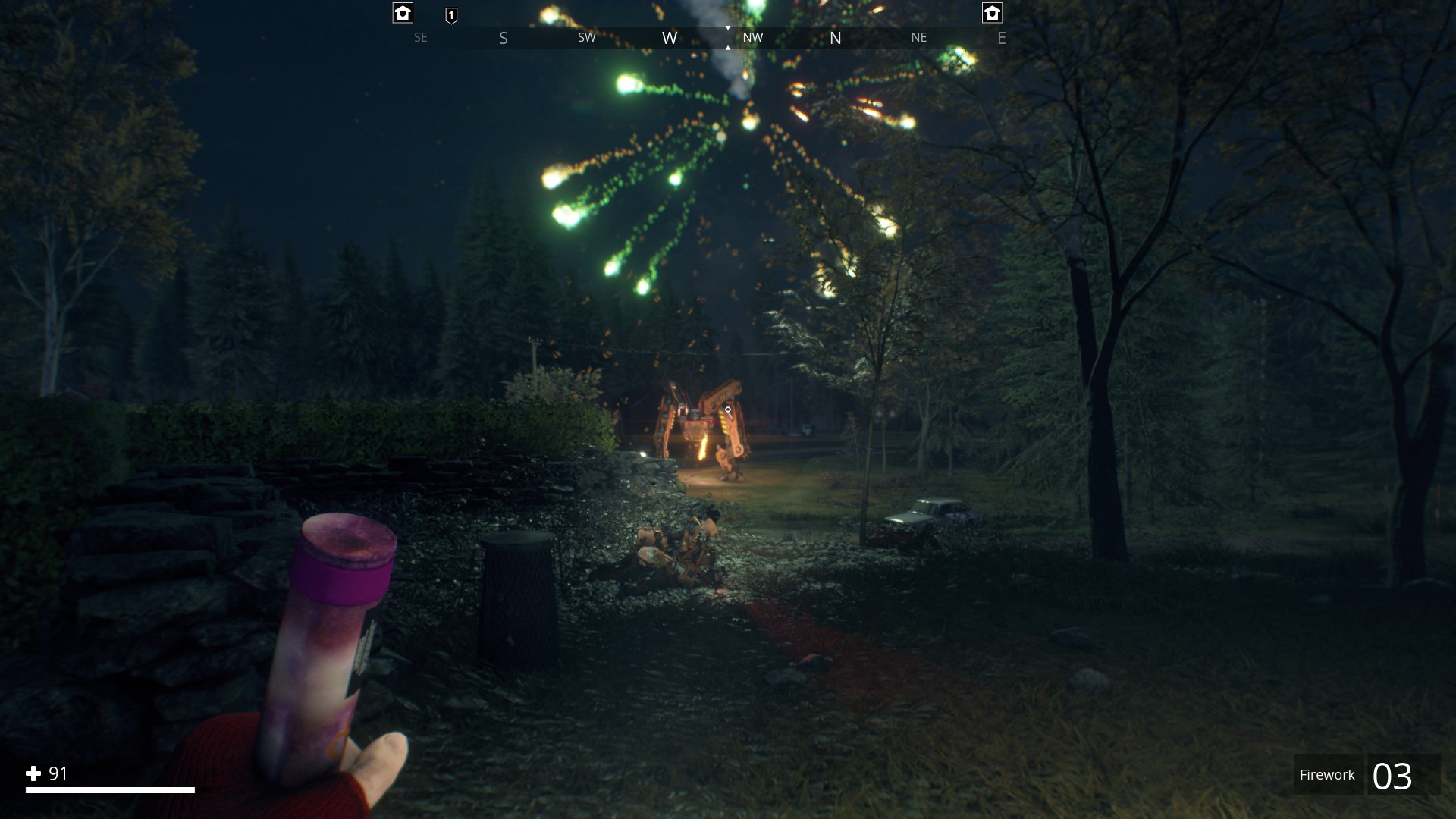 There’s a lot of repetition, underscored by the repetition in the environment. It’s an appropriately bleak, rainy, robot-infested world to stomp around in, but I’ve seen the same houses, vehicles, barns and cabins so many times. And it has so, so many bugs. Most of them are small, but they’re so numerous that it sets a tone. Scenery collides with scenery; wooden platforms float as if by magic; doors open into the ground; items disappear and reappear from the inventory. I could go on.

I’m being rough on Generation Zero, and almost feel bad. It has so much potential, and is close to being an decent game. I want to love it, and maybe one day I could. As it stands, though, this needs a lot more time invested in it. It needs patching, it needs a UI overhaul, it needs more variation in enemy types and it needs more finesse in its combat. You can see that there’s a fun and rewarding game in there, but it’s buried deep under distracting technical bugs, an overabundance of unsatisfying items and infuriating ammunition boxes. In fact, if you wanted to describe the issue with a Swedish word, you could say that there’s no omsättning. There’s no turnover, no change, no development. It’s perpetually a pain in the rumpa and it stays that way no matter how far you progress, no matter what items or skills you unlock.