Hot pink is the new post-apocalyptic beige in Far Cry: New Dawn, and to help you get the wild, fluorescent fauna of Hope County looking its absolute best on PC, I’ve put together this handy Far Cry: New Dawn graphics performance guide. Below, you’ll find everything you need to know about how to get the best settings for Far Cry: New Dawn, as well as what you need to do in order to get that lovely 60fps frame rate from today’s best graphics cards – including the newly-released Nvidia GeForce GTX 1660 and Nvidia GeForce GTX 1660 Ti.

So, if you can’t wait to double-jump into Hope County’s newly-acquired nuclear Northern Lights with an unhinged granny in tow, then read on.

Before we dive into how to get the best settings for each individual graphics card, though, let’s take a look at Ubisoft’s minimum and recommended specs, plus what settings you might need to fiddle with if you find your PC’s struggled to keep pace with Far Cry New Dawn’s mad-cap antics.

In terms of minimum and recommended specs for Far Cry New Dawn, Ubisoft have put together a range of configurations this time round, the minimum spec intended for those playing on Low quality at just 1280×720, while the recommended spec is what you need to play on High at 1920×1080. There are also two configurations for anyone playing at 4K, one targeting 30fps and the other the full 60fps. 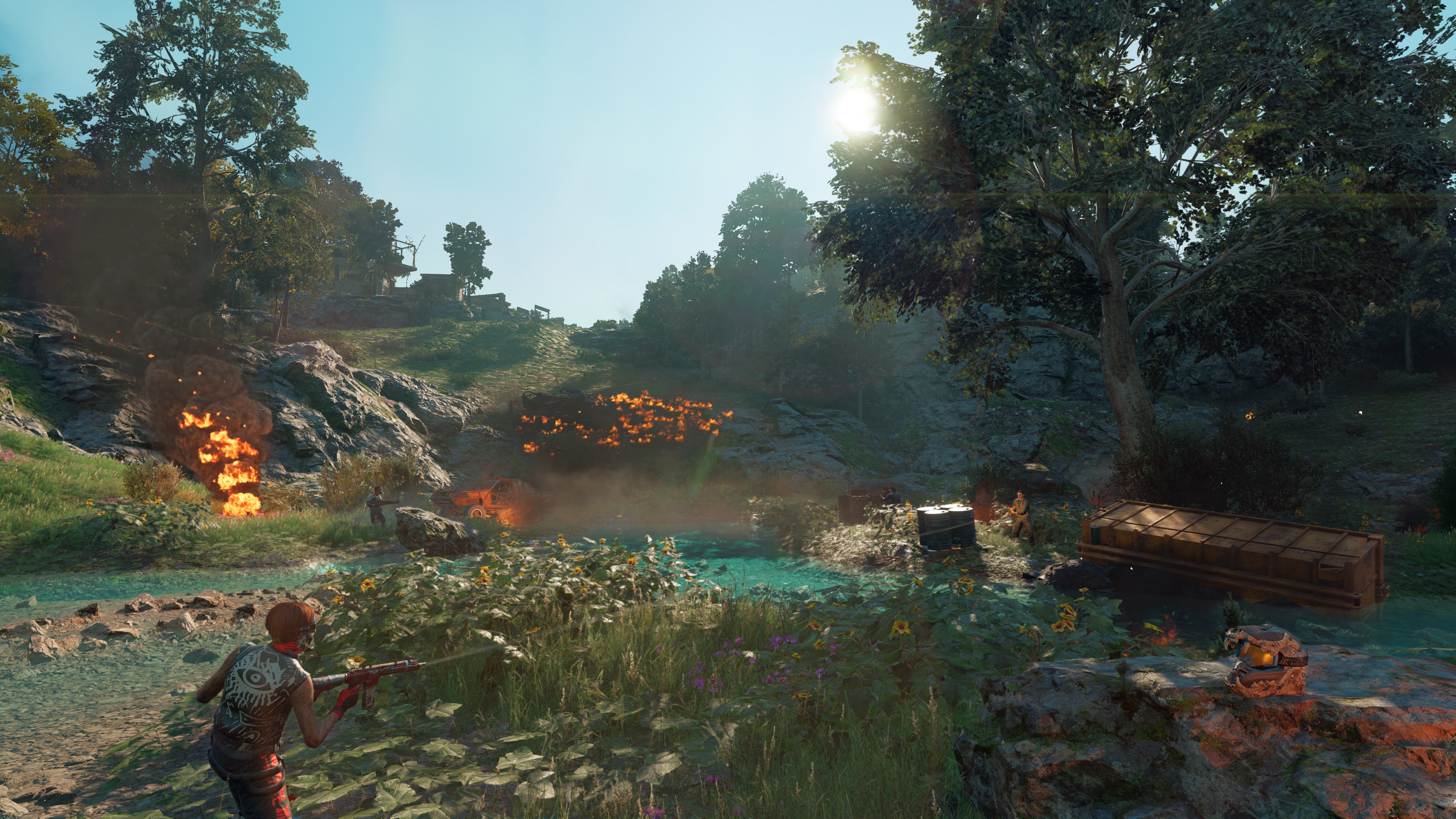 Unfortunately, the minimum and recommended specs don’t make any mention of what kind of frame rate they’re targeting, but as you’ll hopefully see from the many subsequent pages that follow this, it shouldn’t be too difficult to get your system running at 60fps if you’ve got a modern or even slightly older graphics card under your belt.

After all, both 1920×1080 and 2560×1440 resolutions only require between 2-3GB of memory depending on which quality setting you pick, according to the game’s graphics settings menu, so even older graphics cards with only 2GB of memory should be able to play it at decent speeds.

For the record, my PC had an Intel Core i5-8600K clocked at 3.6GHz and 16GB of RAM inside it, plus all the latest graphics drivers and Windows 10 updates installed.

Click the links below to see how each graphics card fared. Apologies for a couple of notable omissions here. While I’ve done my best to get a full spread this time round, stock levels for Nvidia’s GTX 1080 and GTX 1080 Ti remain ridiculously low, so I haven’t been able to get any in for testing. I was also hoping to at least get an RTX 2070 in to help GTX 1080 owners get a rough idea of what to expect, but that too has proven tricky. At least those with a GTX 1080 Ti have some solace, though, as that particular card is roughly on par with the RTX 2080, which I have managed to cover below.

I’ve also been working hard to get more AMD cards in this time, but I still haven’t been able to track down an RX 570 or an RX Vega 56, so apologies again for that. If I manage to get any of these in over the coming months, I’ll update this article with extra performance pages.

As always, the aim here is to get Far Cry New Dawn running at 60fps at 1920×1080, 2560×1440 and 4K. The good news is that Far Cry New Dawn doesn’t seem to be that demanding on the old performance front, so it hopefully shouldn’t take too much tweaking to get the game running smoothly. 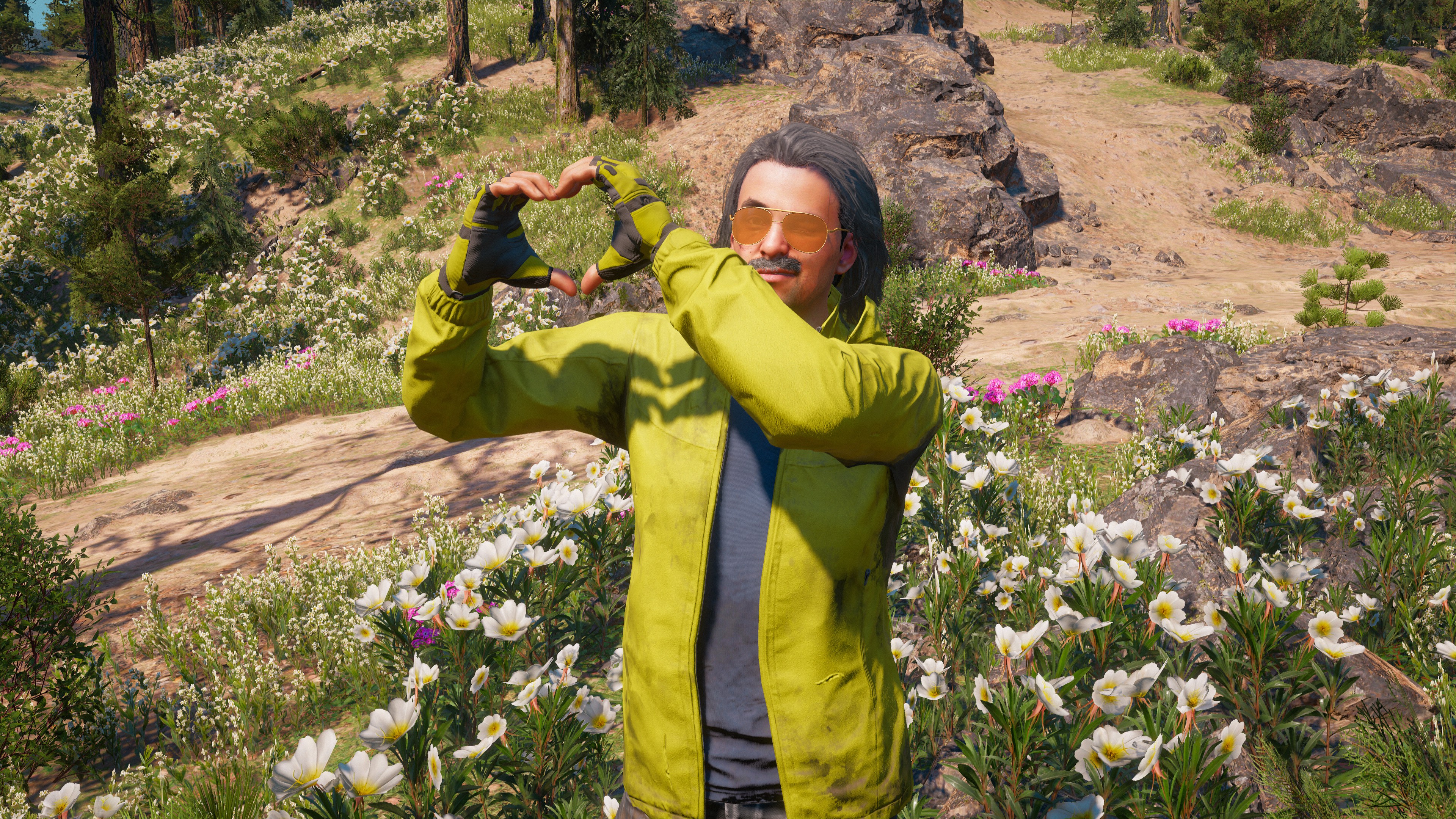 To test each card, I used the game’s built-in benchmarking tool, which sees the camera swooping through your main hub camp of Prosperity, having a nosey at what everyone’s doing indoors, before soaring out over the main fence, watching a helicopter take off and fire a missile down the hill to create a nice big explosion. It then ends with a gun fight around a tree surrounded by a big puddle. There are plenty of NPCs and bits of environment to tackle, and I found the average frame rate it spits out at the end roughly matches what I experienced in-game as well.

Far Cry New Dawn PC graphics performance: How to get the best settings

I stuck with the game’s preset quality settings during my tests, but there are plenty of options available to help improve your PC’s performance if you’re finding it’s struggling to keep a steady frame rat

One thing to do is switch on Far Cry New Dawn’s Adaptive Resolution option in the Advanced Settings tab in the main Video menu. It’s Off by default, but selecting either 30 or 60 will stop the game from ever going below that frame rate target. It does this by lowering the game’s resolution on the fly to help keep the frame rate up, so you may experience a drop in sharpness sometimes but at least the action will keep flowing nice and smoothly instead of turning into a frustrating slideshow. 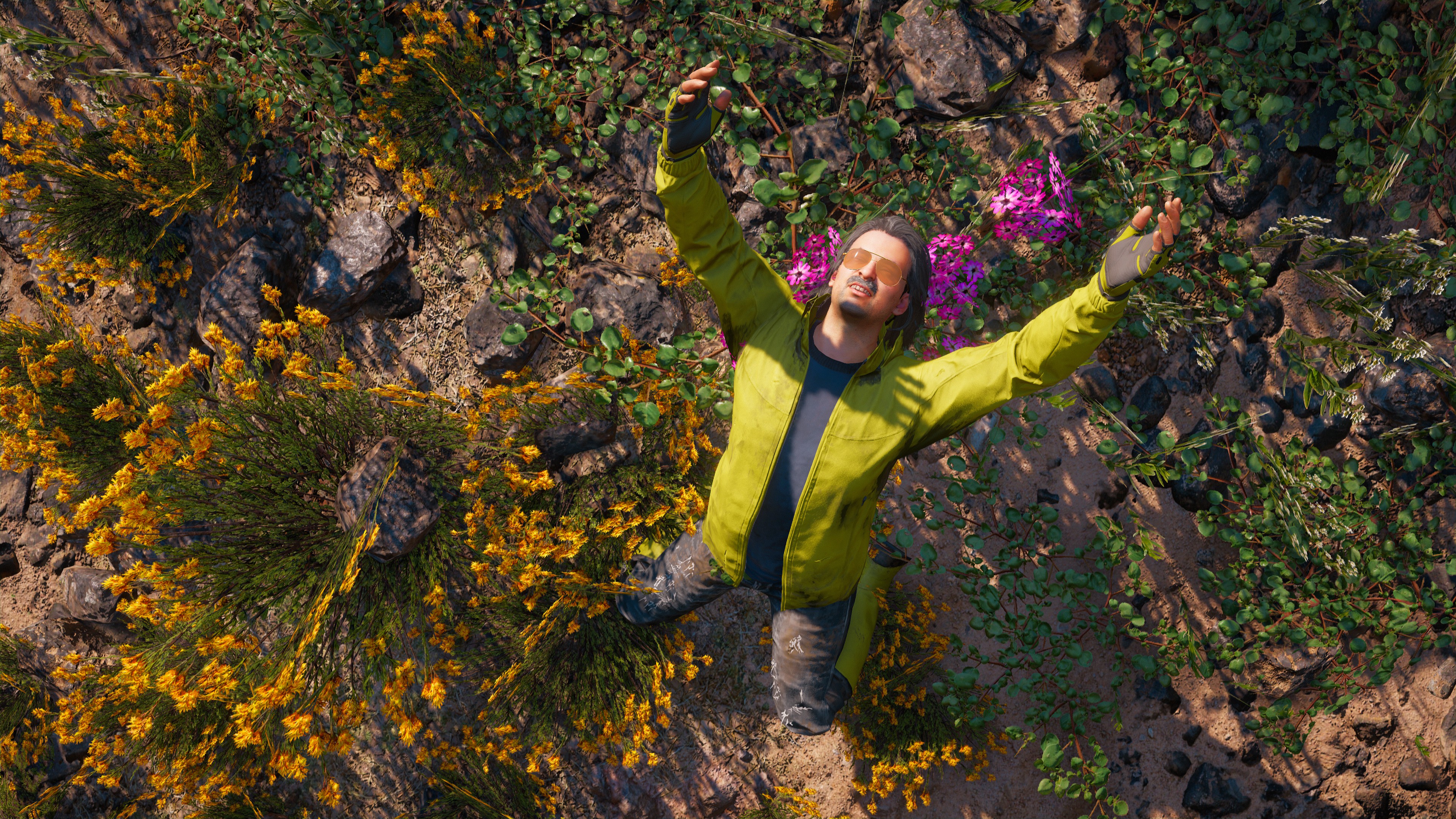 If you’d rather not do that, there’s always the Enable Frame Rate Lock option instead. This will prevent the frame rate from going any higher than whatever number you pick between 30 and 144, giving you a much finer degree of control over the speed and resulting quality of the game. This is probably a better option for those with high refresh rate monitors, all told, but if you’re struggling to maintain a steady frame rate at the lower end of the speed scale then setting it to something like 45 or 50 may help solve any potential judder problems.

As for Far Cry New Dawn’s graphics options, Ubisoft’s detailed Quality tab in the Video menu gives you a nice big picture of what each individual setting looks like in the flesh. This gives you a great sense of what each setting actually does and how much of an impact it will have on what the game looks like without having to constantly go back and forth between in-game footage and the settings menu.

The downside is that, unlike Assassin’s Creed Odyssey, for example, it doesn’t actually tell you how much of an impact each setting has on your GPU. From my own tests, however, Geometry and Vegetation (which dictates how many bushes and flowers and general greenery there is onscreen) has a decent impact on performance, as does Environment (which adds all the graphical detail to said shrubery as well as buildings and vehicles), so I’d recommend turning those down a notch or two if you’re struggling a bit.

With all that in mind, let’s dirt bike our way to some of them there graphics cards. Just click the page numbers below or hop back up the page to the card of your choice.