If you’ve been keeping track of my gaming laptop reviews lately, you’ll have noticed that Assassin’s Creed Odyssey has been murdering a lot more than dodgy cult members lately. It’s also been slashing the game’s frame rate, turning what should be silky smooth performance into a stuttering sideshow.

When I first encountered the problem on the Alienware m15, I was worried it might be a problem with the laptop itself. Then it happened again on the Asus ROG Strix Scar II, which led me to believe it must be a problem with the game. So I put out some feelers via that magical medium of email to find out what the deal was. And yes, it’s a big ol’ bug.

So says Alienware’s consumer product reviews manager Ray Watkins, who told me it essentially comes down to the way Microsoft and Ubisoft’s video drivers talk to each other when it comes to rendering the game – something known as the DXGI swap effect. The bug even has an official number – 167131 – and both sides have known about it “for months”, says Watkins. 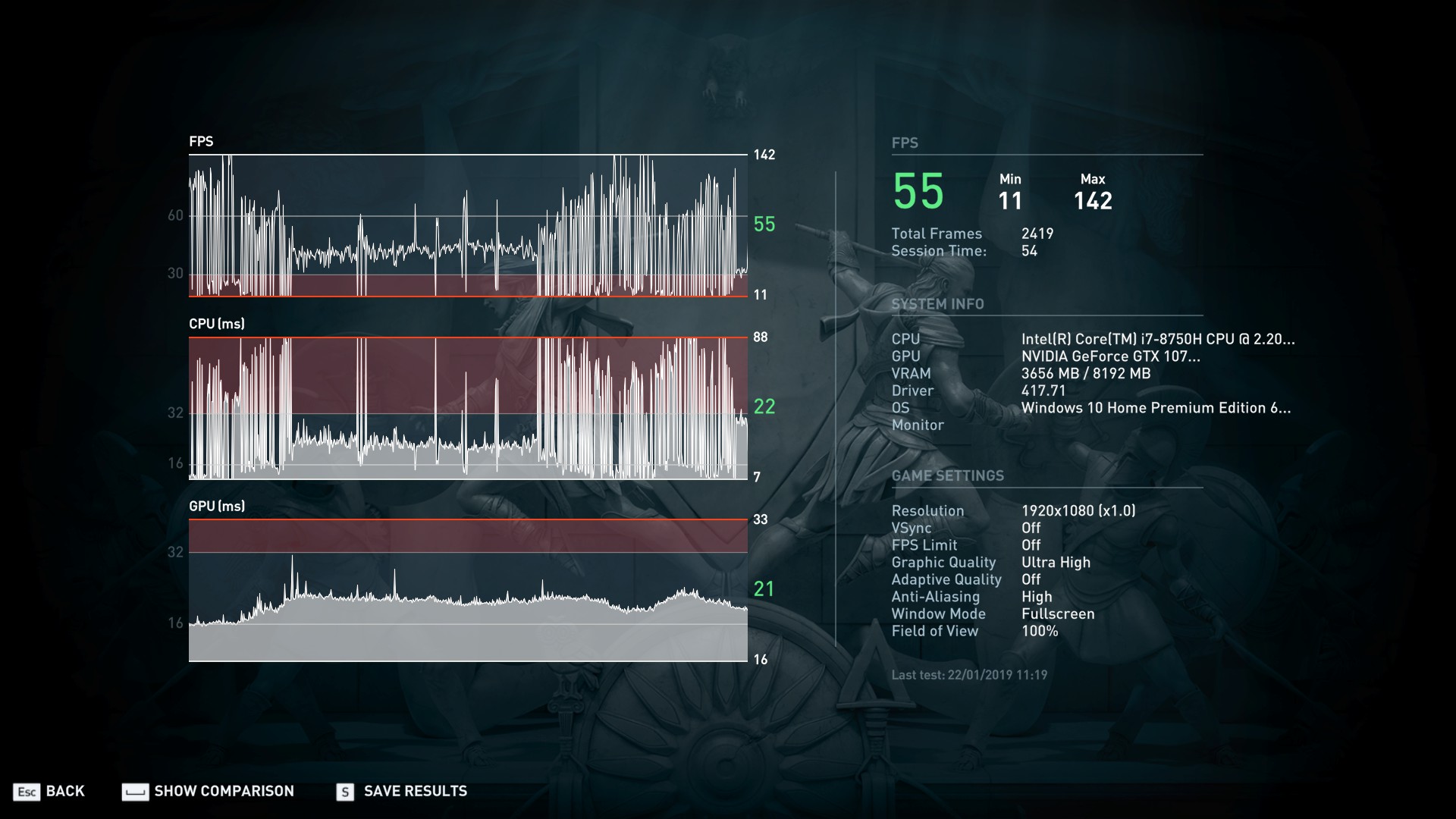 Thankfully, a fix is on its way and will be introduced in a future game update. We just don’t know when yet. Part of the problem is because it’s not just related to Microsoft’s video driver. According to Watkins, it’s also to do with the combination of having one of Intel’s mobile CPUs and an Nvidia graphics chip.

You see, during the development of Assassin’s Creed Odyssey, Microsoft released a patch for their aforementioned video driver that never reached Ubisoft before the game was released. As a result, Ubisoft’s driver is now grabbing that DXGI information incorrectly, said Watkins, which is what’s causing the frame rate to yo-yo up and down so violently.

It’s an industry-wide issue, Watkins continued, and Intel are also on the case to try and fix it. How long that will take, however, is anyone’s guess.

Still, at least that explains why the game was performing so badly in my benchmark tests, and it’s a relief to hear there wasn’t any wrong with the laptops themselves. As a result, I’ll be updating my Alienware m15 and Scar II laptop reviews shortly to reflect this new information, and I’ll also be omitting Assassin’s Creed Odyssey from my benchmarking tests until this issue is resolved.

So if you’ve been planning on buying a laptop specifically to stab up some Ancient Greeks, I’d advise staying your blade for the foreseeable future until this gets sorted out.