Although I’d call myself a big fan of the Civilization franchise, the truth is that what I’m really a fan of is Civ’s early game. Sure, mass infantry wars and space programmes are alright. But for me, it’s all about those first fifty turns, shepherding a gang of vagrants with hollowed-out owls for shoes into a rudimentary culture with writing, pottery, and a place to rummage for crabs.

Predynastic Egypt and its sequel, Egypt: Old Kingdom, both from Russian studio Clarus Victoria, distil the satisfaction of early-game Civ into a thick marmite, and spread it over two games and around eight hours of play. They’re worker placement games, starting you off with a half dozen chumps in the steaming nilotic reedbeds of 5000BC, and taking you, one decision at a time, through to the collapse of the Old Kingdom some three thousand years later. Along the way you’ll go from vague bird-worship to the curation of a sprawling pantheon of eyelinered deities, and handle everything from rogue hippopotamuses to legions of rampaging Nubian warriors. 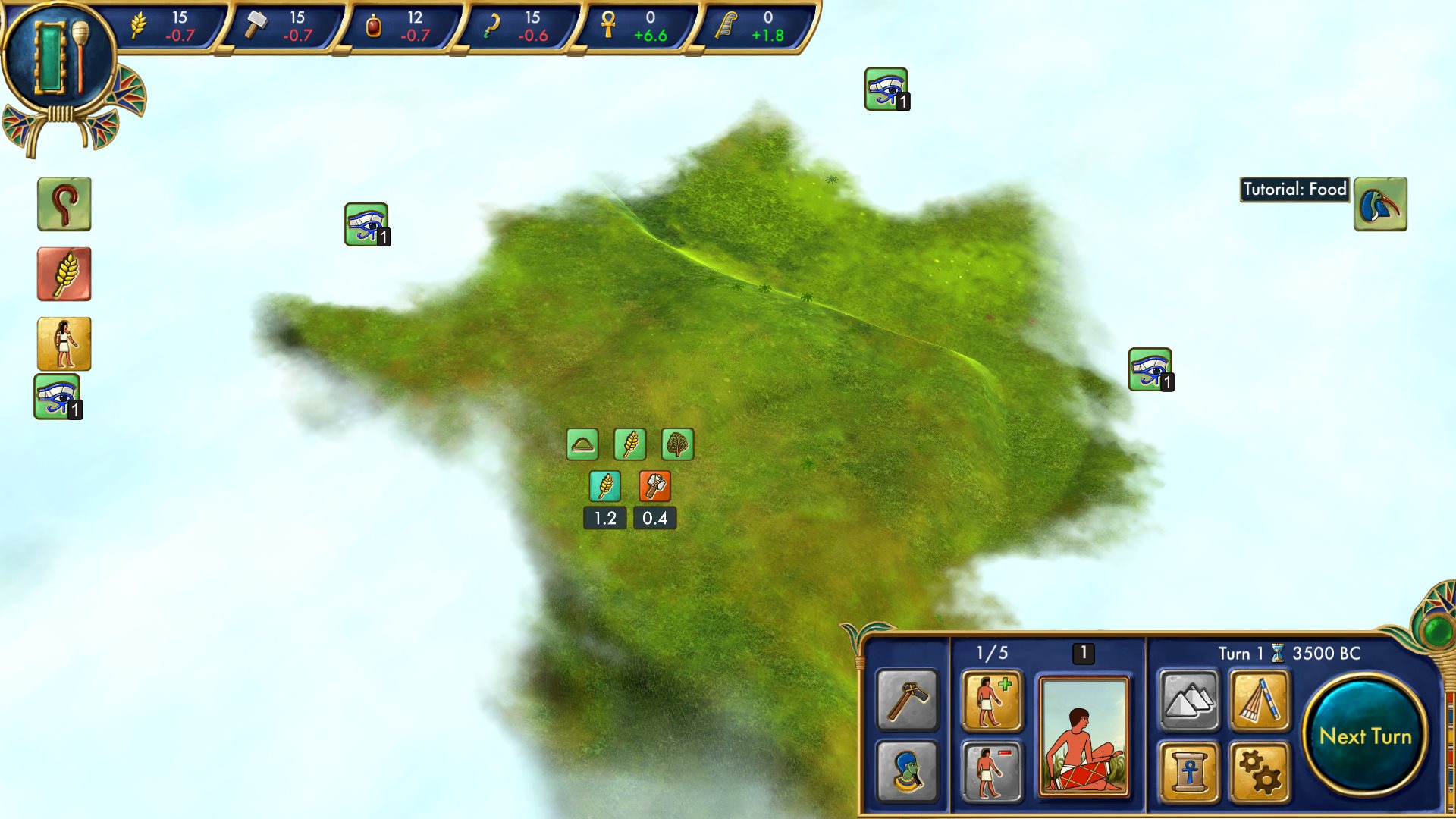 Ah yeah, there’s that early game rush. Only one Egyptian, and only one hill to drop them on. And then begins the accumulation of berries. Bliss.

And by Horus, you’ll learn. The games were made in consultation with Egyptologists, and so every single decision comes with a little mouthful of history to wash it down. There are never walls of text to digest, either – there’s always just enough to stick in your mind, with every fact building on the one before, like the mud-and-straw bricks of a mastaba tomb. Of course, all this education comes at a price: there’s little randomisation in the play environments, or the events the games throw at you, since they adhere so closely to history. There’s only really one path to success, and once you know it, there’s limited challenge in repeat play. But then, you wouldn’t think a book was rubbish if the characters failed to show up in different chapters on a second read-through, would you? Sometimes, even in a genre known for endless replayability, it’s a pleasure just to breeze through a familiar story.