The Nvidia GeForce GTX 1070Ti is a much easier beast to predict than some of the other cards on this list, if only because Nvidia decided they wouldn’t let third party manufacturers factory-overclock their own versions of the card when it came out at the tail-end of 2017, presumably so it wouldn’t start eating into their coveted Nvidia GeForce GTX 1080 territory. As such, the base and boost clock speeds of 1607MHz and 1683MHz on this SC Gaming model from EVGA should paint a pretty much identical picture across all sorts of GTX 1070Ti cards you might currently have in your PC.

In truth, EVGA’s model can technically skirt around Nvidia’s weird rule using its Precision Boost software to help ‘optimise’ it to the absolute best of its ability, but for the sake of science, I’ve left the card as is for this test to keep things nice and fair. And hoo boy is it a good partner for Assassin’s Creed Odyssey. 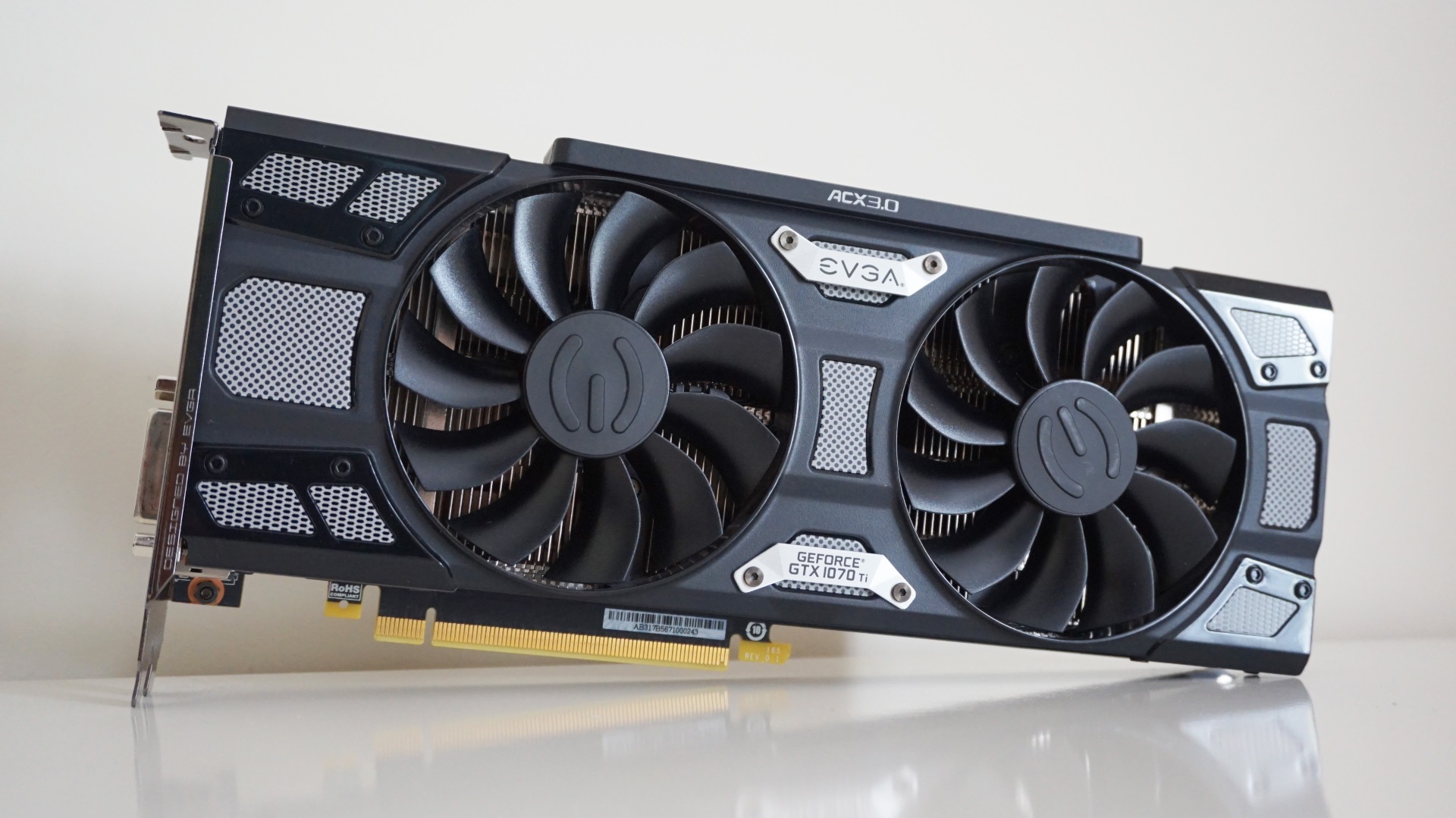 You sure can. Compared to the regular Nvidia GeForce GTX 1070 on the previous page, the GTX 1070Ti pretty much gives you equivalent speeds one quality setting up. On Very High, for instance, I got an average frame rate of 64fps, in the game’s internal benchmark, making the game feel just that bit smoother than its non-Ti counterpart on the same setting.

Ultra High produced great results, too, averaging 55fps overall. If anything, it was Ultra High that produced the most stable, accurate frame rate, as Very High still spent quite a bit of time below 60fps according to the benchmark’s results graph. Still, regardless of whether you end up picking Very or Ultra High quality, you’re still getting one good looking game at near-perfect speed.

Yep, and you can pretty much pick from any of the three ‘High’ settings and still get a lovely smooth frame rate. On regular High, the benchmark finished with an average of 59fps, rarely dipping below 45fps, while Very High came out with an average of just 54fps. There were a couple of major stutters in the latter, admittedly, but otherwise it was perfectly stable.

Ultra High was pretty lovely at this resolution as well, coming in with an overall average of 46fps and hardly ever going below 30fps. If you’d rather have gorgeous visuals over a high frame rate, this is the setting to choose.

Yes! As with other cards I’ve tested, Low will get you the closest to 60fps with an average of 50fps, but Medium and even High are also playable at this resolution, too. Medium is probably the best bet here, as this produced an overall average of 43fps with an absolute low of 28fps, but those after the best-looking version of Assassin’s Creed Odyssey with this card should still have a decent experience on High.

Admittedly, you’re only looking at an average of 36fps on High, but while the benchmark’s lowest recorded frame rate was 24fps, it spent the majority of its time comfortably above 30fps. That’s still pretty impressive in my books, particularly at this resolution, but those after smoother speeds should stick with Medium.