Often, games are burnt into our memories by the light of the events that took place offscreen. Sometimes, the fused structures are happy ones: a snatch of music from Sonic 3 brings with it the smell of cut grass and caravan upholstery, while the cover art for Discworld II dredges up midsummer sweat and wafting net curtains, the night before a family holiday.

Sometimes, it’s more complicated. I played delightful 2D explore ‘em up Starbound in the summer of 2017, the week my wife and I lost our first pregnancy, and the week my mum was given a few months to live. It was a shit time and, in truth, it’s hard to remember much from that month, let alone that week. But I remember that, in the moments where I didn’t need to exist for anyone else, I played Starbound.

I was playing as one of the Novakid, aliens made of glowing gas who, due to a shared sense of whimsy, like to pretend to be cowboys. I was roleplaying it hard. I travelled all over the procedurally generated cosmos, filling my train-shaped ship with all the cowboy paraphernalia I could find, then shipping it back to my homeworld, where I was building a colossal, atmosphere-scraping Gormenghast of a saloon. 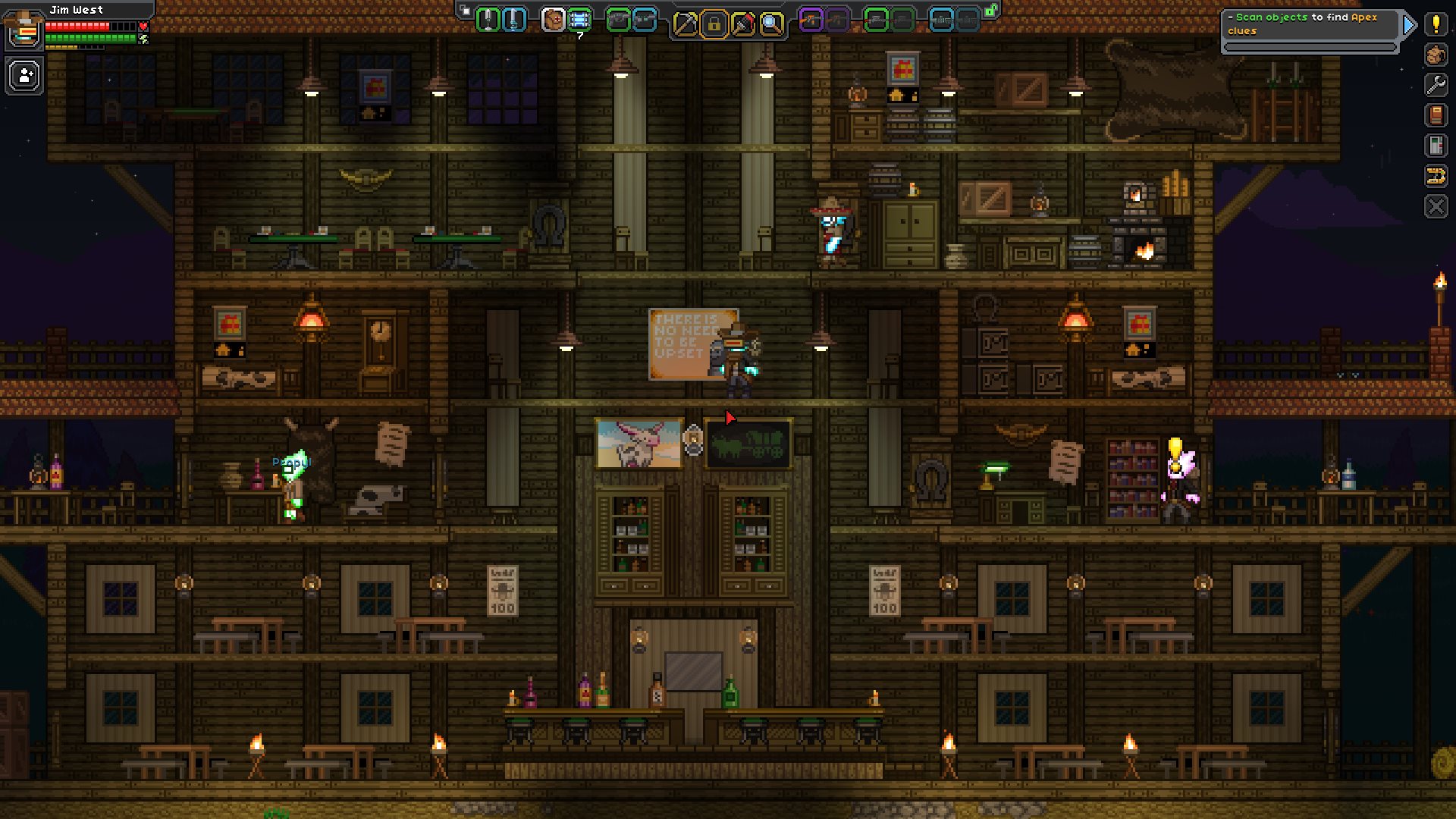 This was my character, J1M W35T, in the heart of his vast saloon. Until I booted it up to get this screenshot, I hadn’t played Starbound since the summer of 2017, and going back in brought up a lot of feelings. But as the poster at the centre of J1M’s saloon says, “there is no need to be upset”.

Underground, beneath the megasaloon, was a dreadful hell where I put everything horrible. A warren of red lights and rusted metal, acid pits and chains and broken statuary, and rows and rows of sterile dungeons in which I was methodically, obsessively, imprisoning apes. In terms of visual metaphors for the mind, it was perhaps not my most subtle work.

I was playing with a friend, Mark, who was with me a lot that summer. Mark was great. Mostly, he’d do his own thing, but sometimes his character would show up wearing a horse mask (he was in character as my character’s hallucination of a horse), and offer me some words of equine wisdom, as well as some choice bits of decor he’d pocketed for me on his travels. We’d put the new bits somewhere nice, I’d show him round the ape jail, and we’d go our separate ways again.

It was a little patch of order in a summer of freefall – a mnemonic shadow no less pleasant for having been seared in place by an atom bomb – and as silly as it was, it makes the things around it easier to think about. Cheers, Starbound.

Tagged with Chucklefish Games, feature, Have You Played, Starbound.