The ancient Greeks are at it again. Or rather, Dr Pippin Barr is, as he continues his game-making katabasis with Let’s Play: Ancient Greek Punishment: Chess Edition.

LP:AGP:CE is the eighth in a series of lo-fi nightmares released by Barr, in what he calls “an investigation around what it means to make the ‘same game’ multiple times”. Each iteration of the series is themed around the same set of horrible afterlife punishments from Hellenic myth, and illustrates them via a series of brutal anti-jokes constructed around a chosen mechanic. 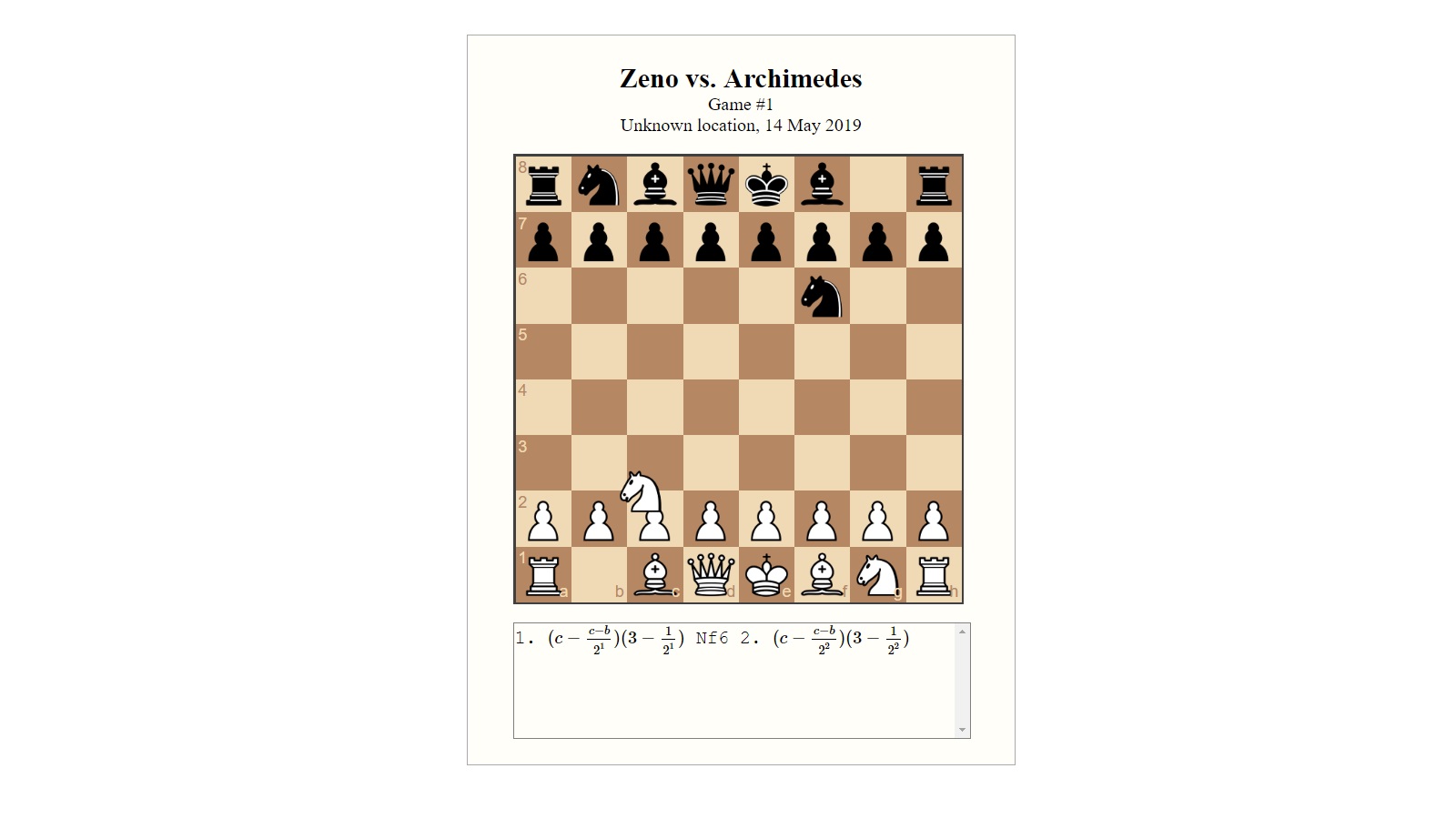 Only last month, I wrote about game #7 in the series, Let’s Play: Ancient Greek Punishment: Teaches Typing, which I described as “unpleasant”, “cruel”, and “the most memorable low-key horror game I’ve played in a good while”.

In that game, the chosen mechanic was touch typing. This time, it’s chess, which I enjoy even less than touch typing. Once again, it’s a masterpiece. As I replied to the message informing me the game was out, “thanks, I hate it.”

As for the game’s contents, you’ll have to give it a go for yourself. In strict terms you should play for eternity, but around five minutes should give you an idea of what you’ll be missing if you do elect to play for a finite period of time.

Needless to say, as long as Barr keeps making these games, I will keep writing about them. And like Camus’ Sisyphus, I shall be happy. After all, the struggle itself toward the heights is enough to fill a man’s heart.

Let's Play: Ancient Greek Punishment: Teaches Typing is as hellish as it sounds

or: the postmodern prometheus