Sometimes, even when playing in the giddily accelerating wonderland of digital entertainment, the best fun is that which we make for ourselves. So it is in Game Dev Tycoon, a business simulation by Green Heart Games, dealing with the history of videogames from the early 1980s through to the mid-2010s. You see, while the game does a great job of presenting thirty years of technological and social change – during which your garage-based hobbyist will rise to leadership of a big name, quintuple-A powerhouse – the real joy comes from cludging together weird combinations of genre and theme for prospective releases, and then coming up with extremely silly names for them.

In the course of a playthrough, your developer might put out somewhere in the region of fifty games, so your titles will usually be fairly slapdash, throwaway efforts: a martial arts title for the equivalent of a Commodore called Wolf Strangler, or a text adventure called The Bride of Fartlungs. They will usually land with a thud and be forgotten by time. Sometimes, though, one of these half-arsed jokes will get made with just the right design priorities to become a smash hit, and you’ll end up creating a world-shaking, market-transforming IP with a name like Hroop Blupper, Triumph of the Blood Lads, or James Bong 2: License to Chill. Alternatively, you’ll try to anticipate real milestones in games history – and sometimes the game will know to look out for what you’re doing. Create a pirate-themed PC adventure game in 1990, for example (I called mine The Common Knowledge of Ape Peninsula), and it’ll storm the charts. 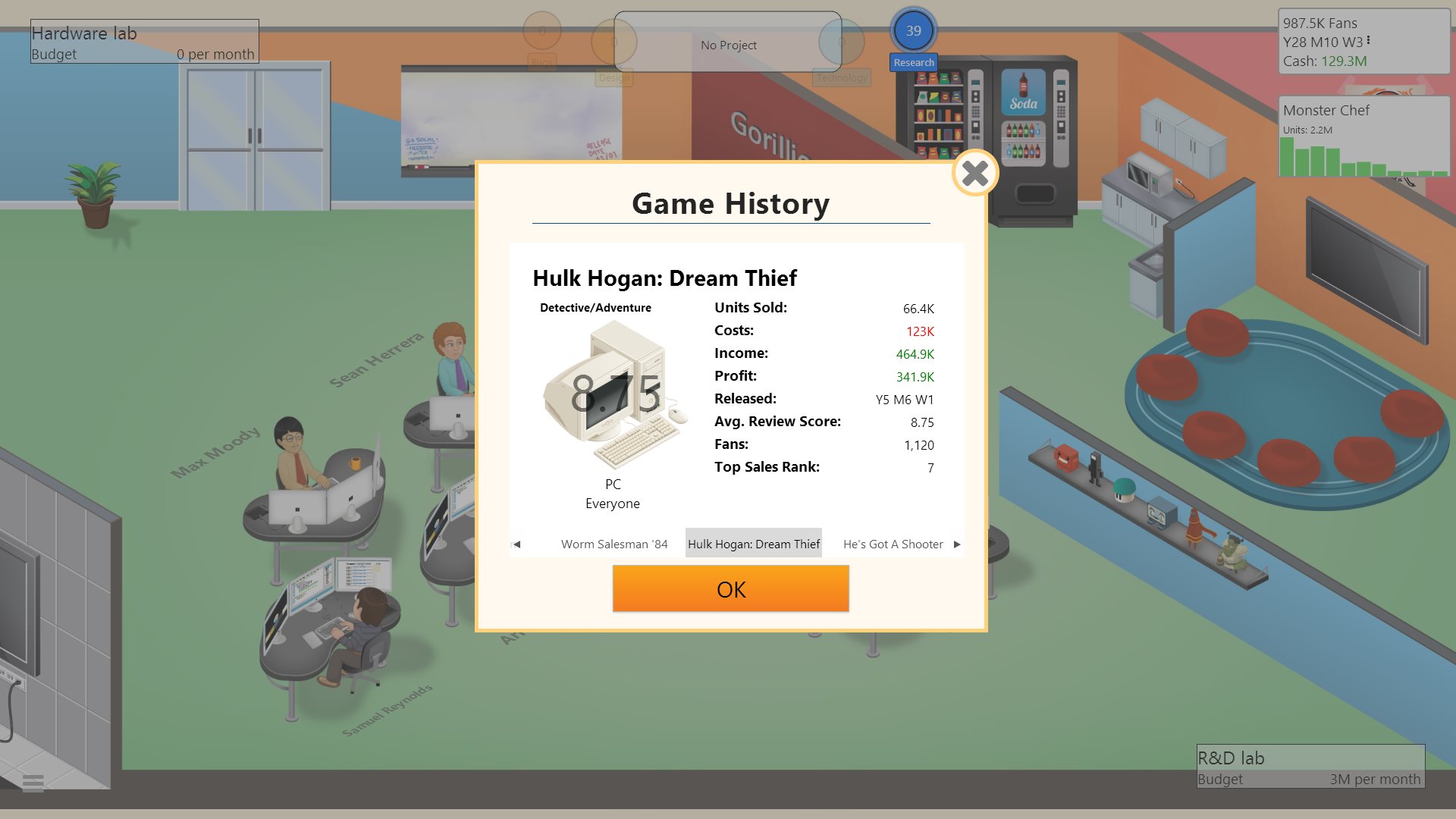 I don’t know how exactly I imagined “Hulk Hogan: Dream Thief” playing, but I bet it would be amazing. See also the next game along in my back catalogue, “He’s Got A Shooter”.

Admittedly I’ve got a bit of a history when it comes to making up pretend videogames, and if I’m honest, much of my published work on the subject had its genesis during GDT playthroughs. If anything, that’s testament to the fact that the game is a decent prompt for humour, regardless of its merits as a simulator. Luckily, however, it’s a pretty tidy – if lightweight – business game in its own right. It’s no Hroop Blupper, though.