This is a continuation to the games of E3 2019 and it goes over every game that should be appearing at the show this year. Without further ado, in alphabetical order, here’s what we know is coming to E3 2019. The latest updates will appear underneath so you can see what’s been included and it is now spread across multiple pages. Please use the contents below to navigate the list.

The new Rise of the Ghosts expansion has a lot of stuff in it, including cheat codes. It also looks like utter nonsense, in keeping with how Rage 2 was utter nonsense.

Paint the town and your enemies with consommé as a fat chap only wearing an apron in this multiplayer broth-off.

The sequel to 2064: Read Only Memories, where you must hunt down a criminal by hacking into people’s heads, while being careful not to corrupt them.

A 3D Metroidvania where you’re inside a PC recompiling files. We’ve talked about it before and it’s coming 2020.

A Metroidvania where you are reject Tetris blocks trying to find their place in the world. It’s out Spring 2020.

A multiplayer twin-stick shooter from the makers of Chroma Squad and Dungeonland, where you’ll be shooting a lot of very mean ducks and hide behind cover. There’s elements of loot to gather and plenty of bosses to fight in this cartoony looking game, though it’ll be a while before it comes to Steam Early Access in “Q1 2020”.

It’s available 20th August, and from what I could gather, it seems a little like Monster Hunter, but with horrific monsters from your nightmares.

An action pixel platformer with influences from fighting games.

A top-down Zelda style game where you’re a tiny frog. Players can influence the dungeons and bosses with the choices they make.

Step into the mech and defend your outpost from the monsters of this new world in this hack and slash/base building hybrid from EXOR Studios. It’s still a long time away, releasing at some point in 2020.

Voxel based Diablo clone and the one that isn’t based off Minecraft. Has a disembodied dog head.

A 3v3 game about shooting each other with rockets. It’s currently going through a closed beta, but it will be coming to Steam for free.

It’s roller derby with a lot more neon. Looks new and fun and there’s an E3 demo on Uplay from now until 14th June.

An RPG from 1995 that never made it outside of Japan, as well as the latest in the SaGa series – that was originally a PS Vita game. Both are coming to Steam, with the latter being enhanced in some way.

RPG Time! – The Legend of Wright

An RPG with a sketchbook as its setting. It’s coming in 2020 and certainly has a distinct style to it.

First announced at last year’s Game Awards, Scavengers sees you take on the role of a member of a crew, tasked with searching for forgotten relics of the past, in a world that is in the icy grip of a new ice age.

Oh the voice acting is still horrible. But it wouldn’t be Shenmue without it. 19th November 2019 is your release date and while it only says “Epic Games Store” in the trailer, it’s still on Steam?

There was an expansion, but it wasn’t the University one both myself and Alice Liguori wanted. Instead we’re going to a tropical island, partying, and cleaning the environment by picking up plastic – something we’re very keen on lately. There may also be mermaids.

Into the mountains of madness, this psychological horror is inspired by the works of H.P. Lovecraft and features the usual suspects. Elder Signs plastered on walls to ward off flying polyps, tentacles sprouting from the sea, and of course old Cthulhu itself. It’s not long until it’s out, 27th June 2019 to be exact. The cultists will be pleased.

Imagine Tony Hawk’s Pro Skater, only instead of being some random dude, you’re an actual bird. Sure, it’s more of a budgie than a bird of prey, but the levels are someone’s house with items just laid out to make a miniature skate park. This may give fans of Tony Hawk’s Pro Skater something to tweet about when it’s released at some point “soon-ish” on Steam.

A collaboration between Lava Potion and Coffee Stain Studios that’s inspired by Heroes of Might and Magic. It’s out in late 2020.

It’s already out, but it’s got a major update – a versus mode.

I feel sorry for Thunder Lotus for having to be the game to follow up Cyberpunk 2077, but their game is sweet looking and set on a boat where you sent others to the afterlife.

A coop arcade plaformer where you must spit at things. It has a rather cute art style, but it’s far from easy looking.

The classic PlayStation games remade in a similar way to how the Crash Bandicoot games were. It’s finally coming to PC on 3rd September 2019. 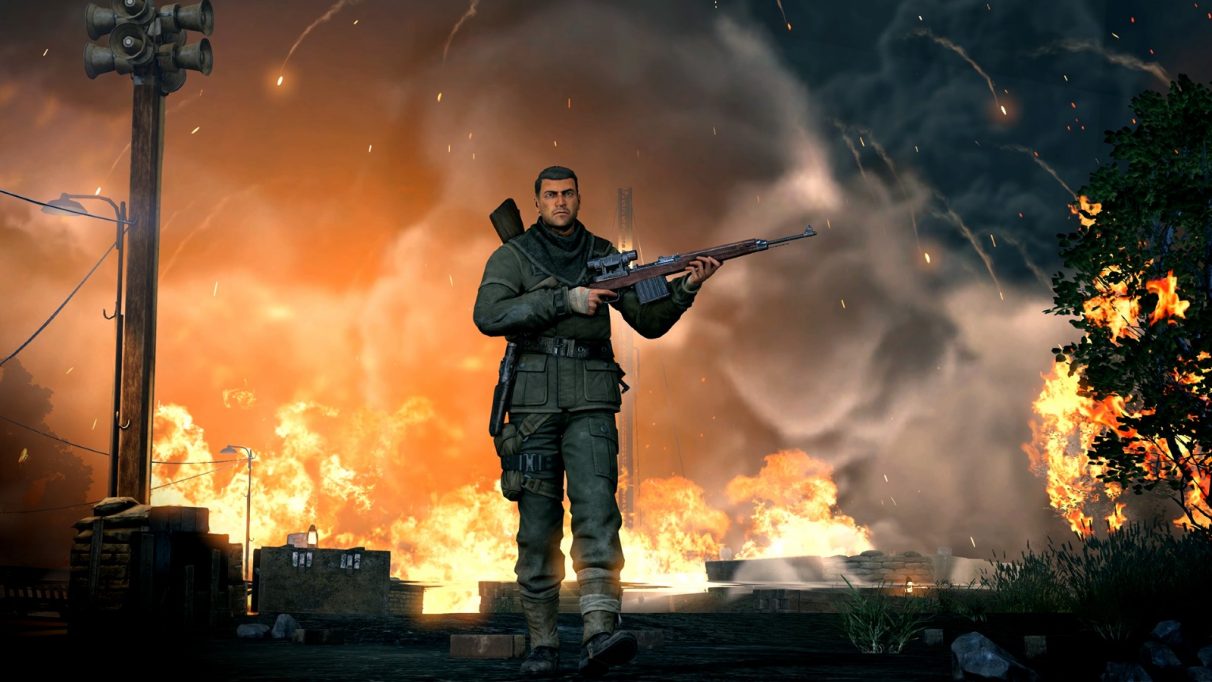 Have you always wanted to be the sniper, but found that Silent Scope machines are just not around anymore? Do you have VR? Then Sniper Elite VR may indeed be the sniping game you need, even if it’s so you can snipe your enemy’s nuts off.

A Sci-Fi drama about hackers in a world run by a tyranical organisation. Has an interesting art style to it and you use social hacking to get by.

An arcade game that uses magical girls to shoot down waves of enemies while avoiding bullet hell.

A musical adventure that has you explore a diorama, playing music in a band or taking on the role of an almighty hand that can change the world for better or worse.

A tactical game from the makers of Halcyon 6: Starbase Commander. Has rogue-lite elements.

A Chucklefish published game that’s being described as “Dwarf Fortress in space”. I fear that the lack of dwarves will make Nate say otherwise.

New expansion for State of Decay 2 called “Heartland” which is available right now. It’s being touted as the biggest expansion yet for the series.

This is coming to early access this year and is a procedurally generated RPG set in a medieval world where you need to stay sane.

Coinciding with the release of Season 3 of Stranger Things, there’s a video game adaptation of the Netflix hit TV series that has that Zombies Ate My Neighbours feel.

An pixel game spanning multiple genres where you solve puzzles and drive around avoiding big beasts and ruining farmer’s crops.

This closely resembles something like Rocket League, or if we’re going way back to the good old days of Xbox Live – Halo 3’s Grifball. This time you’re people with incredible powers.

A girl must save her pet cat by punching a lot of robots in the face. Food that you eat gives you special moves, including a gun that shoots a laser beam.

It seems to play like Asteroids, but spans an entire galaxy as your crew attempts to become the best defenders of the galaxy.

There’s a trolley with a bloke and a goat, and they’re going to wreck the late Dale Winton’s Supermarket Sweep set.

The futuristic Souls-like sequel that allows you to chop off limbs of your enemies to get new items.

Annapurna delay 12 Minutes, Last Stop and The Artful Escape into 2021