We’ve been drowned by E3 2019 this past week, but maybe you only waded into the river of game reveals and new trailers up to your ankles. If you didn’t get your hair wet, there might be some gems among the flotsam and jetsam that you missed. That’s what this post is for: we’ve rounded up our picks for the best games of E3, based on our own impressions of either seeing the games behind closed doors at the show, or of watching the videos from the comfort of our homes.

What is it? Far Cry 2’s Clint Hocking is the creative director for this third-person shoot-and-hackathon set in a cartoonishly exaggerated but architecturally impressive dystopian London, populated by recruitable NPCs.

Nic: Despite the merciless, multi-day mock-a-thon that led to our Watch Dogs slang guide, I think it’s fair to say Legion was one of the better showings this year. The 13-minute video demonstration gave a good sense of what the game was about, what it lets you do, how many geezers it was going to let you shank with a rusty Heinz lid etc. etc.

I remember having a chat with some squirrel or other about the last time the ubiquitous third-person formula adopted a genuinely new feature. The closest I can think of was Shadow of Mordor’s nemesis system, and that didn’t catch on at all despite being excellent. Now I write this, it seems odd to complain that a good, original idea wasn’t immediately stolen and replicated, but that’s where we are.

What I’m saying is: the ‘play as any NPC’ hook looks smart and I’m excited by it. I could start banging on about its potential to subvert the fundamental classism and exceptionalism baggage that comes with the standard hero’s journey, but I will instead say: Look Out, Your Nan’s Got a Shooter. I’m into it.

Alice Bee: I am excited for a game set in London because it means I can finally play a game and complain about how totally inaccurate it is. The real railway bridge in Camden that says CAMDEN on it is actually way longer than the one depicted in game! Take that, Ubisoft!

Also, I really liked Watch underscore Dogs 2, and whispers from people who were actually at E3 suggest this one is looking really good, and I really to be a murder granny in it. Between this and Bleeding Edge, grannies are the real winners of E3. 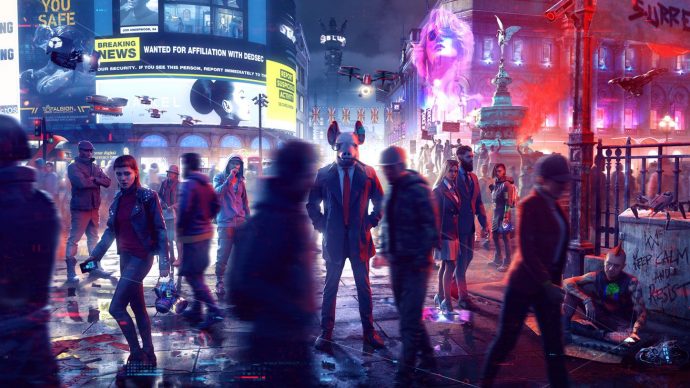 Katharine: What I’m looking forward to most is a detailed comparison of Legion’s London with the London in Assassin’s Creed Syndicate. I bet you £20 it’s the same map tarted up a bit. Take THAT, Ubisoft!

Seriously, though, any game that reincarnates the brilliant Nana from Far Cry New Dawn into a hacking pensioner gets a thumbs up in my books.

Alice L.: I absolutely hated the cockney accent that opened the trailer, but I smiled a lot when I saw Camden in the future. I spent a lot of my teenage years visiting Camden – as you’d probably guess if you knew how emo I was, am, and will continue to be until I am dead – and I’m excited to visit it in a game, even if the bridge is the wrong length.

Nate: As more and more information has come out about Observe Hounds: Army, I’ve devoted altogether too much time to chinstroking about the “be anyone” promise. Chiefly, I’ve been wondering just how big the pool of people the game will let you play as actually is. Turns out it’s probably around twenty, padded out with a bit of the old Sid’s Big Dinner (smoke and mirrors).

On reflection, however, I don’t think that matters at all. It’s a great feature, and feels like a neat way of translating the joy of RPG party member acquisition to a third person game – even if the pool of recruit archetypes was a lot lower, it would still be something I’m looking forward to.

Also, I can’t wait to hard roleplay the whole thing on stream as an army of Phil Mitchell clones, complete with shitty dubstep remixes of the Eastenders theme playing over the top of the game audio.

Alice O: If I can visit my old local, Stepney Fried Chicken, and once again hear cockney ladies haranguing the owner for more sauce, I will be content.

Read more: Check out our must-read guide to Future Cockney if you want to understand Watch Dog: Legion. Matt played the E3 demo, but wasn’t as into it as us, who have not played it at all. 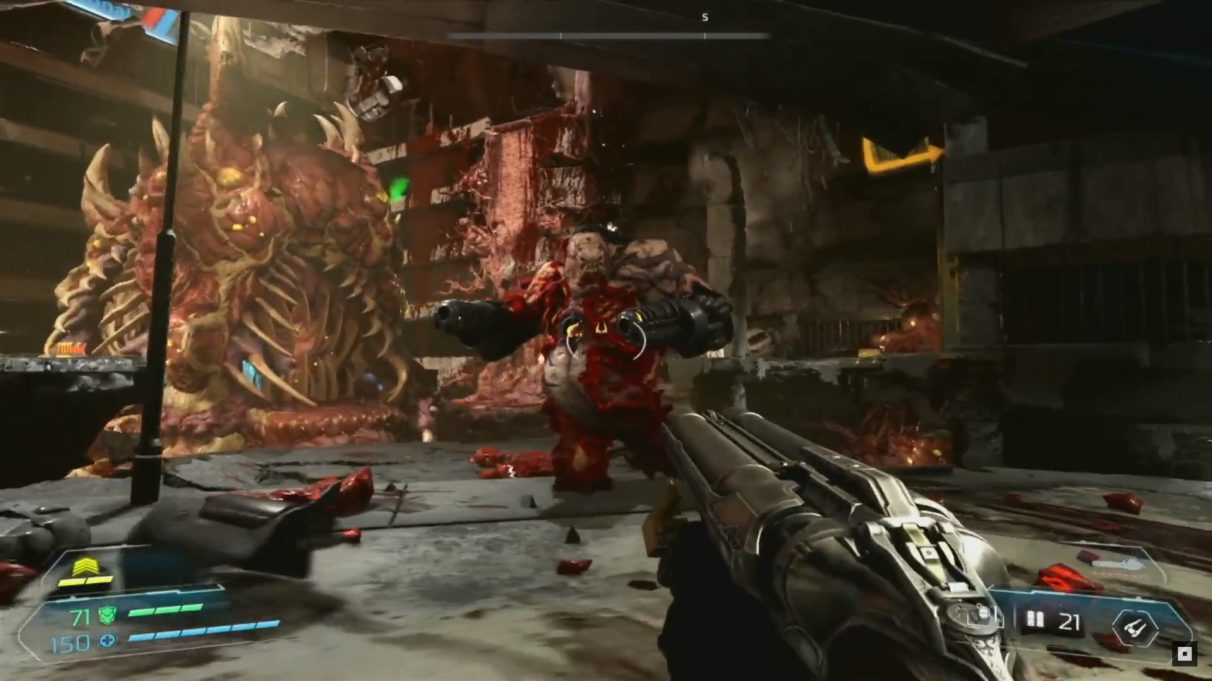 What is it? The sequel to Id’s 2016 adrenal shot revitalisation of the FPS classic, Doom Eternal looks like another round of the same meaty, frenetic shooting, with the addition of a grappling hook.

Nic: I like Doom 2016 a great deal. If they made a Destiny-style looter thing but with Doom’s combat I would be homeless within the year. Doom Eternal looks like more Doom, so all they have to do to not mess it up is hopefully do something even a little bit clever with those naff political correctness jokes from the first gameplay trailer. “Don’t replace your already good and interesting themes with some dodgy anti-imigration rhetoric” sounds like an incredibly low bar, I know.

Alice O: I like the trees which look like alveoli in the land of bone-white buildings veined with red. Good trees.

Nate: I was also a fan of the creepy bones-and-blood citadel glimpsed in the trailer. I’m a sucker for the trope often deployed in cosmological pseudo-religious clusterfucks like this where Heaven turns out to be just as sinister and grim as Hell, but differently, and the consensus seems to be that this is what those particular visuals point towards.

I’m also kind of in love with the idea of the Invasion feature, in which you can take control of a demon and mob up with other people to invade other folks’ single player runs (with their consent). I’m bobbins at high-octane shooters like Doom, but I’m well into the idea of taking some cannon fodder guff-imp for a spin, and wading into someone else’s gunfire while cackling like a buffoon.

Video Matthew: I played this a week before E3 and had to pretend it was an E3 thing, so I’m giving it my ‘Best Of Pretend E3’ award. There’s a goofiness and spectacle to Eternal I really dig – it’s not selling out its arcade credentials for scripted cutscenes or anything like that, but adds scale and wonder to the world. This demo alone rips you from a UAC facility, across the fragments of a disintegrating planet – one point firing Mr Doom between rocks using an orbital cannon – and then down to the exposed core of Mars, where Hell architecture rubs shoulders with the most lurid lava I’ve seen since Mario Galaxy. Throw in monsters reverted to their Doom 2 designs, new fiends plucked from that sequel (popping Pain Elementals is a laugh) and a more acrobatic moveset to spice up the normally boring bits between battles and this is big, brash fun.

Katharine: I love me a good Super Shotgun, and Doom Eternal’s Super Shotgun with a grappling Meat Hook attachment sounds exactly like my kind of upgrade. I loved the plain old Super Shotgun from Doom (2016), but I absolutely cannot wait to haul myself across Eternal’s demon-filled hellscapes with it and deliver sweet, sweet double-barrelled justice to whatever unsuspecting soul happens to be on the end of that delicious meat grapple.

Read more: Alec (RPS in peace) reviewed Doom 2016 for us. If you’re more retro, Dom broke down the history of transformative Doom mods in his Modder Superior column.

On to page two!

An early look at the Washington DLC