An idea I’m happy to see the back of, is the notion that “graphics” is a one-way sliding scale towards photorealistic perfection. While I’m certainly fond of games that exhibit hyperbudget beauty along the lines of Metro: Exodus or Shadow of the Tomb Raider, I’m equally – probably more – excited by those who eschew realism in order to utterly master a particular aesthetic. Often, this takes the form of homage. Think Cuphead’s take on surrealist 1930s cartoons, or Void Bastards’ comic book style. For my money though, nobody’s done it quite like Stoic Studio, the developers behind The Banner Saga.

For the game and its two sequels (which were really just the three acts of a single game), Stoic set their sights on the rotoscoped animation of Eyvind Earle (think Disney’s 1959 Sleeping Beauty), and completely inhabited it. You can read a great, short post about what that entailed by Stoic’s creative director Arnie Jorgensen here.

It was a particularly impressive achievement, as The Banner Saga was several games mashed into one – a side-on caravan management game, an isometric turn-based tactics game, and a choice-based text adventure – and the aesthetic was applied with equal consistency to each.

My goodness, those character portraits that appeared during dialogue. They were beautiful. If I let my brain think about The Banner Saga for just a fraction of a second, what comes to mind is the way their hair would twitch in the breeze, or their faces would twitch ever so slightly as they sniffed. It was raw talent at work. 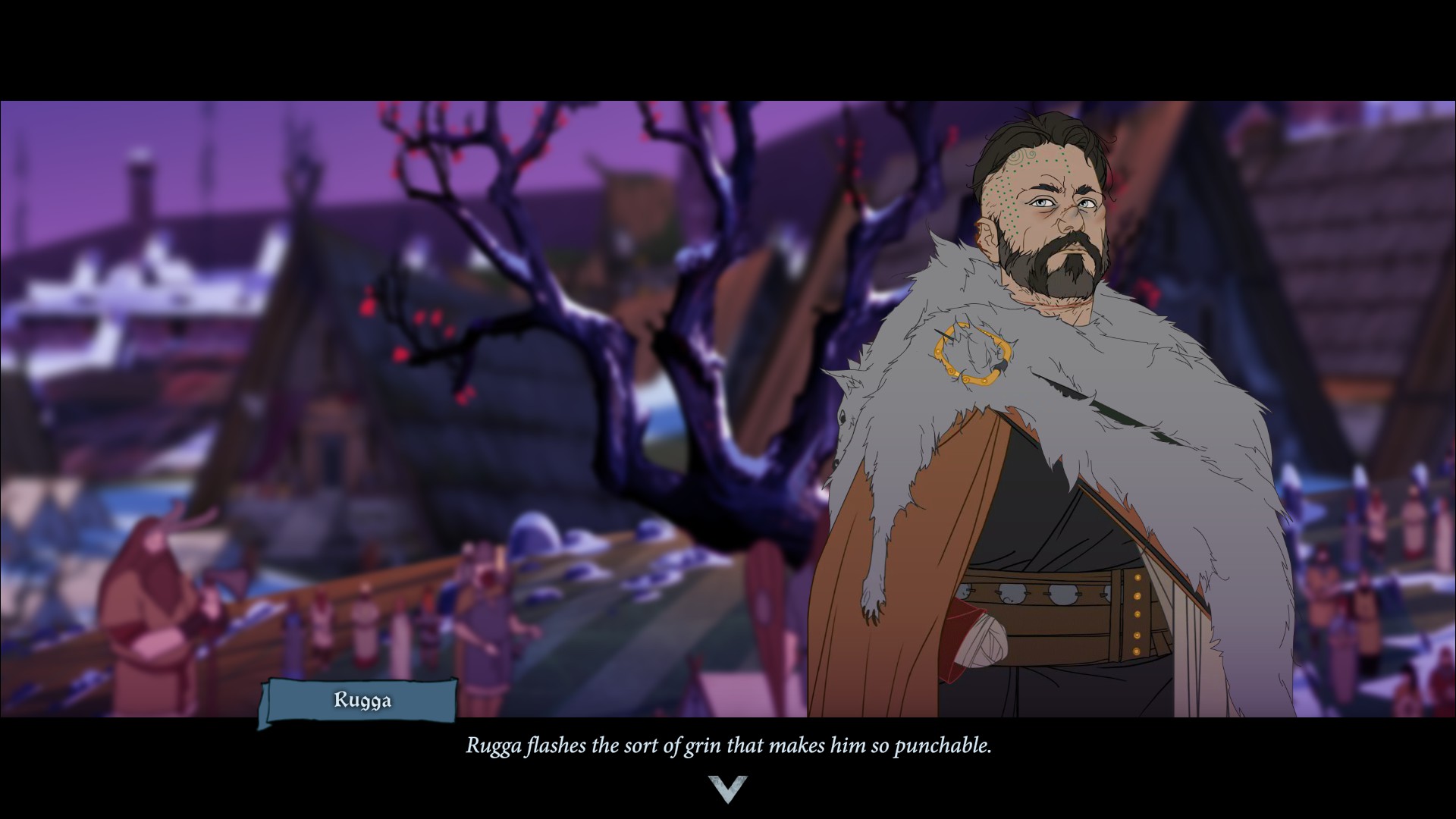 I suppose what I liked most about the game’s art direction, however, was how it meshed with the game’s subject matter. Or rather, how it didn’t. It would have been natural to take a style inspired by 1950s Disney, and then apply it to a story that also felt very 1950s Disney. But then, I really can’t imagine 1950s Disney deciding to make a movie about mournful giants, plodding through the slow death of a norse fantasy world.

Or at least I couldn’t imagine that until The Banner Saga did it. Even the music was perfect. Properly orchestral, it was, with horns as sad and noble as the ones on the heads of the Varl, plus fighty, folky fiddles, sad nordic wailing, and threatening hurdy-gurdies.

I often think a defining power of art is the ability to transmit thoughts and feelings directly from creator to viewer – it’s a sort of telepathy; magick in a very real sense. And by this definition, Banner Saga is a masterpiece, as it pours its atmosphere directly into your mind like a clumsy yet well-meaning child with a watering can.

The dialogue could have been copy-pasted from a car repair manual (it wasn’t, it was superb), and I’d still have played through to the end just for the sights and the sounds. Indeed, the tactical battles were a bit flawed – at least at times – but it didn’t matter too much: once I’d taken one look at the game, I knew I was in it ’til the bitter end.