When Nvidia announced they were extending their Control / Wolfenstein: YoungBlood game bundle to all new RTX card purchases, I made an educated guess-timate that Remedy’s upcoming spooky, telekinesis shooter Control would probably require a heftier dose of ray tracing magic than its Nazi-infested stablemate. Shock horror, I was right, as Remedy have finally revealed their minimum and recommended PC requirements for Control, and hoo boy, it ain’t pretty.

Admittedly, Remedy’s games have always been on the taxing side of PC requirements. I remember foolishly thinking I’d be able to run Alan Wake on my PC at work to play over lunch one time, and all I got was a juddering mess of frames that were probably chugging along somewhere in the mid teens. And that was when the game had already been out for several years, too.

Control certainly doesn’t look like it’s going to be breaking that trend, either, as even its minimum PC requirements are riddled with pretty modern components (see below). Of course, it’s no surprise that the RTX 2060 is the ‘minimum’ requirement for the game’s ray tracing support, as it’s still the entry-level ray tracing card in the RTX family.

It’s the recommended Control PC requirements I’m more surprised / concerned by, as that not only states you ideally need a GTX 1080 Ti (which in modern RTX parlance equates to an RTX 2070 / RTX 2070 Super) or Radeon 7 to run the game smoothly, but that you’re really going to need an RTX 2080 – a 600 quid graphics card – to get those pretty reflections, shadows and ambient lighting.

That’s even more demanding than Metro Exodus’ recommended PC requirements, which until now has been the heaviest ray tracing game you can play today, and that only stated you needed an RTX 2060 for its ray tracing goodness. Admittedly, Remedy haven’t actually stated what resolution or frame rate they’re targeting with these requirements, so there may be hope yet that lower-end RTX cards will still be able to run the game without juddering to an almighty halt every five seconds, but I’m not so sure that will actually end up being the case.

Is it really going to be worth it, I hear you cry? Well, I’ve yet to see the game in motion myself, but some of the RTX screenshots I’ve had a gander at sure do look very pretty indeed. As you can see from some of them below, it’s surprising how much more you can see with ray tracing switched on, particularly when peering into other rooms from behind those murky panes of glass. 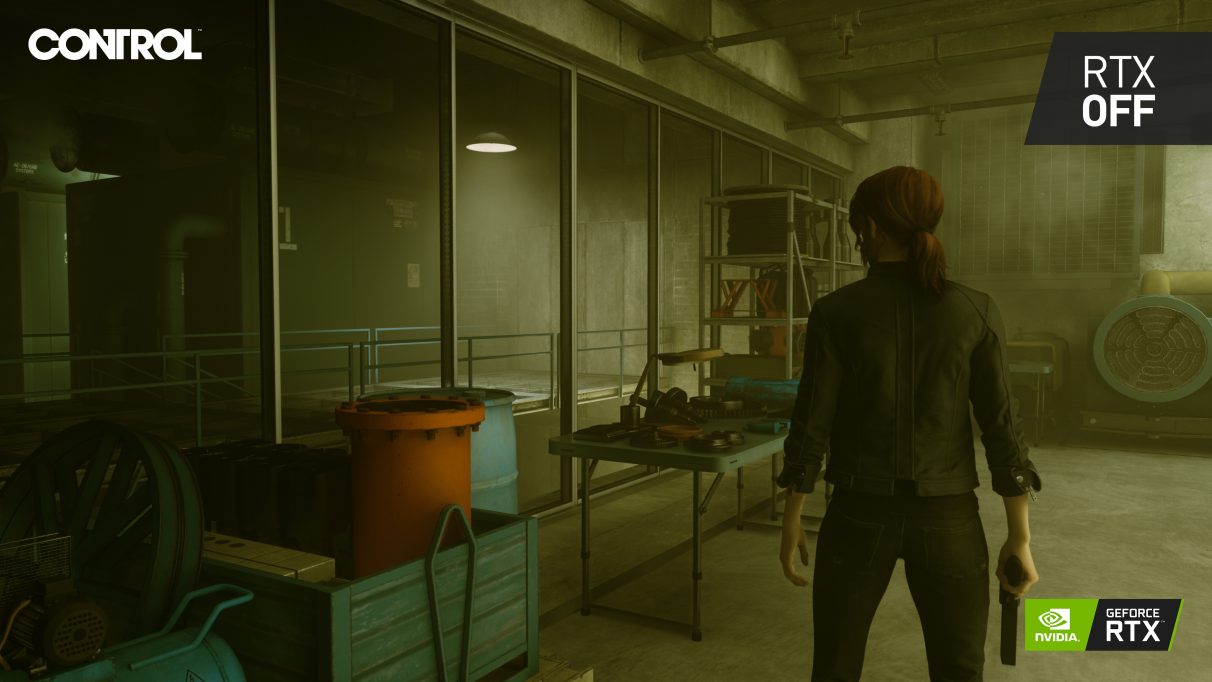 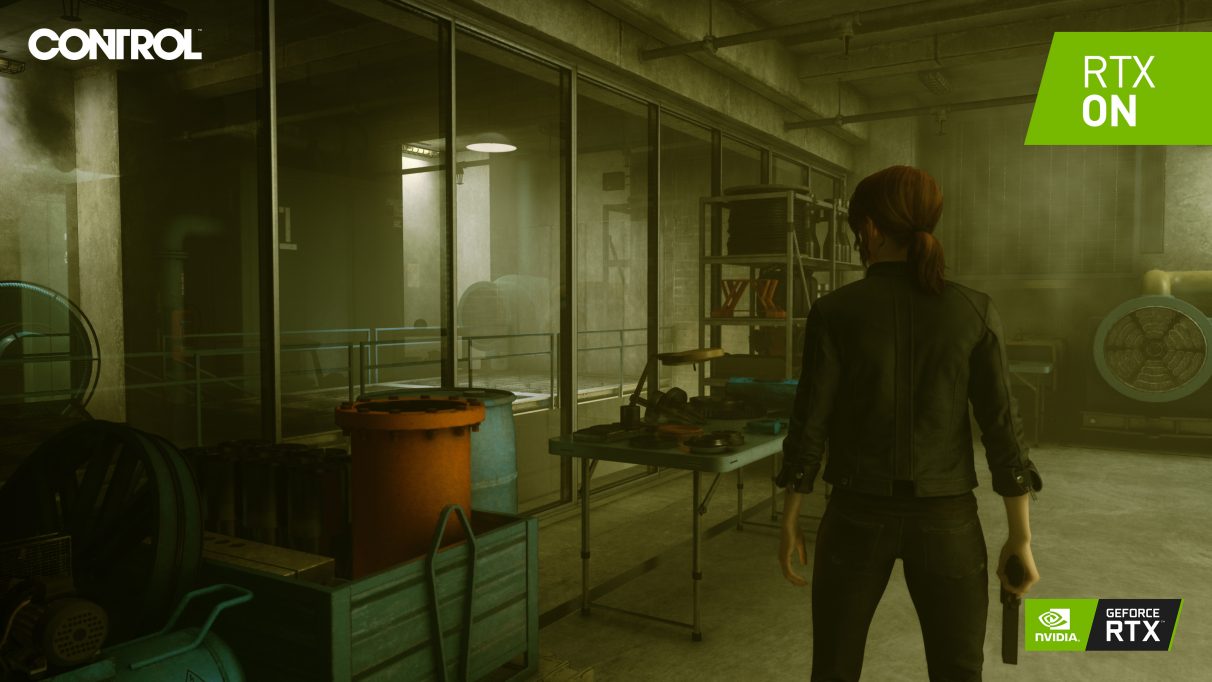 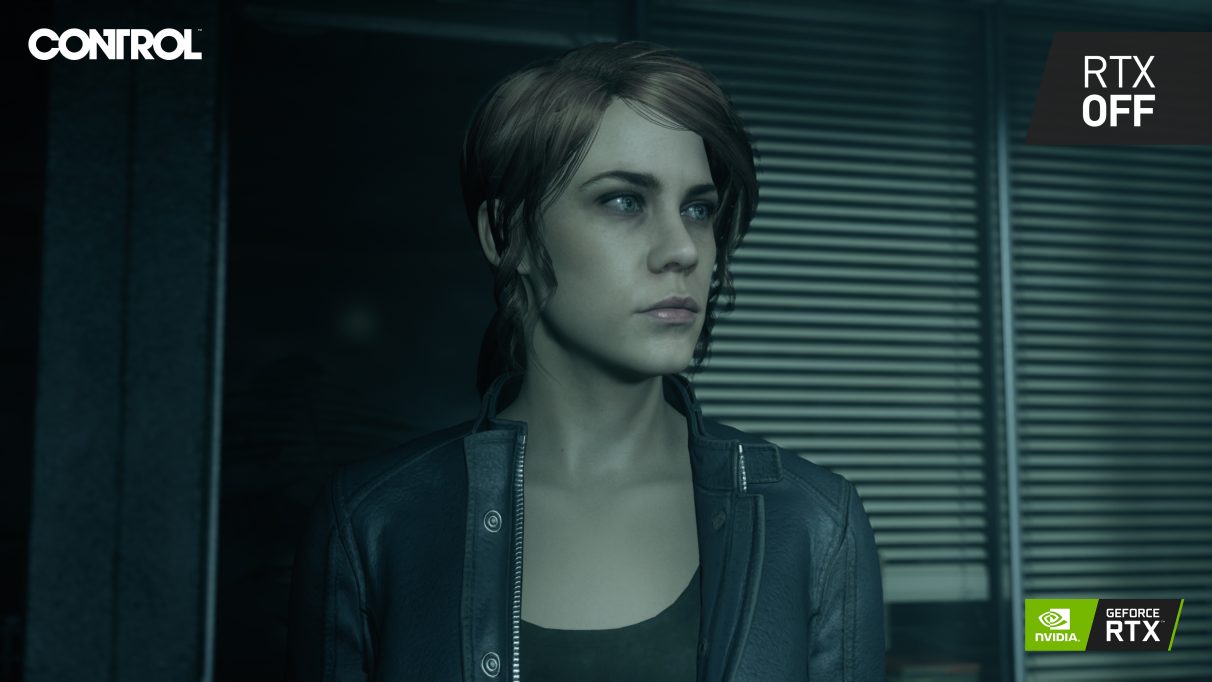 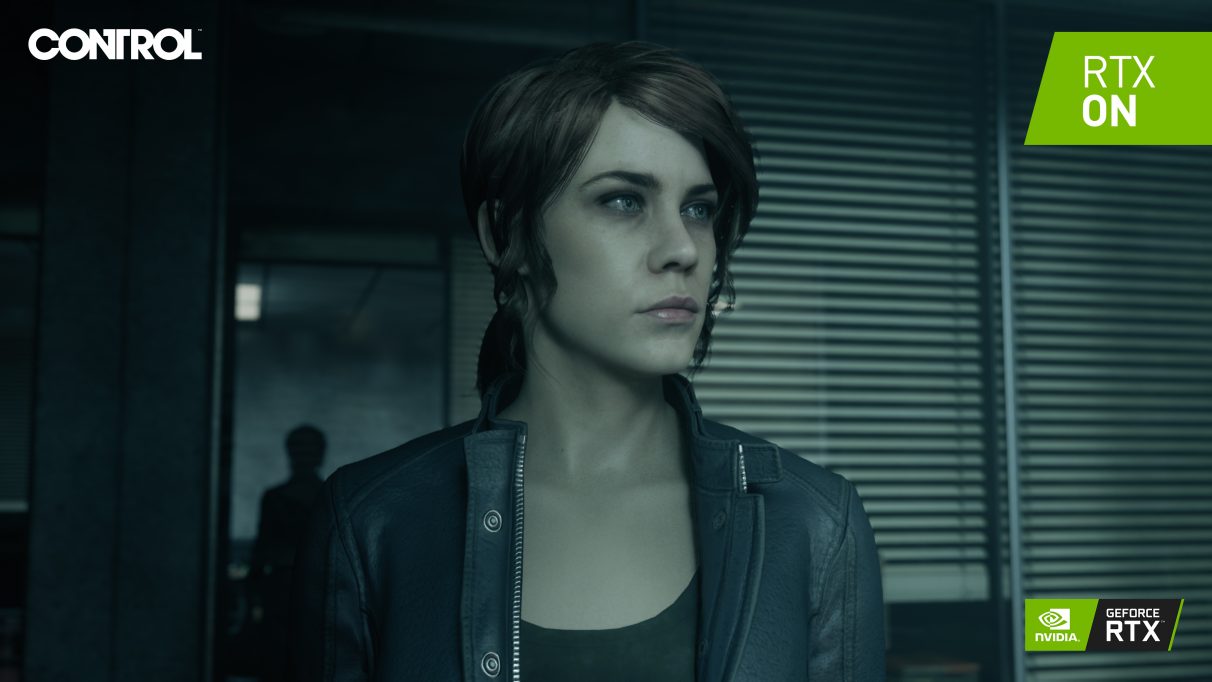 
However, there are also some cases where the game’s ray tracing looks decidedly less impressive, such as a couple of extra reflections in some puddles on the floor, and hundreds of extra shadows in a glorified filing cabinet, as you can see below. In these instances, I could take it or leave it, this old ray tracing gubbins, although hopefully the game will have decent graphics options that let you turn it on and off at will rather than having to restart the game every time you change something. 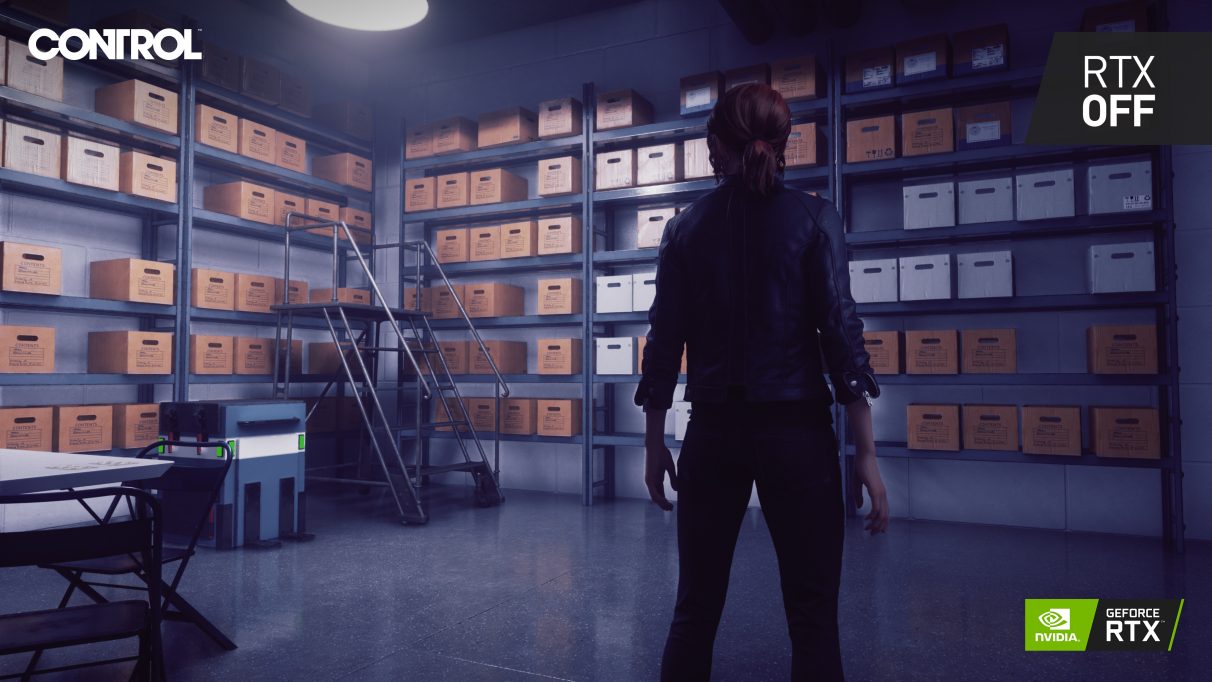 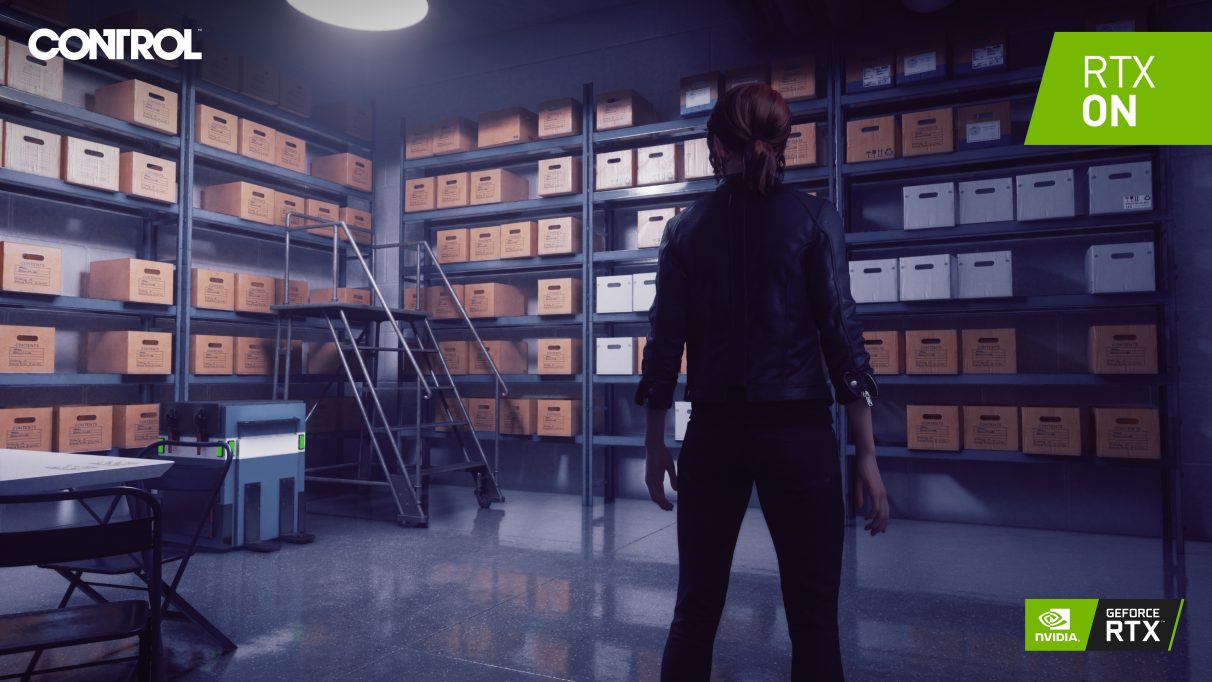 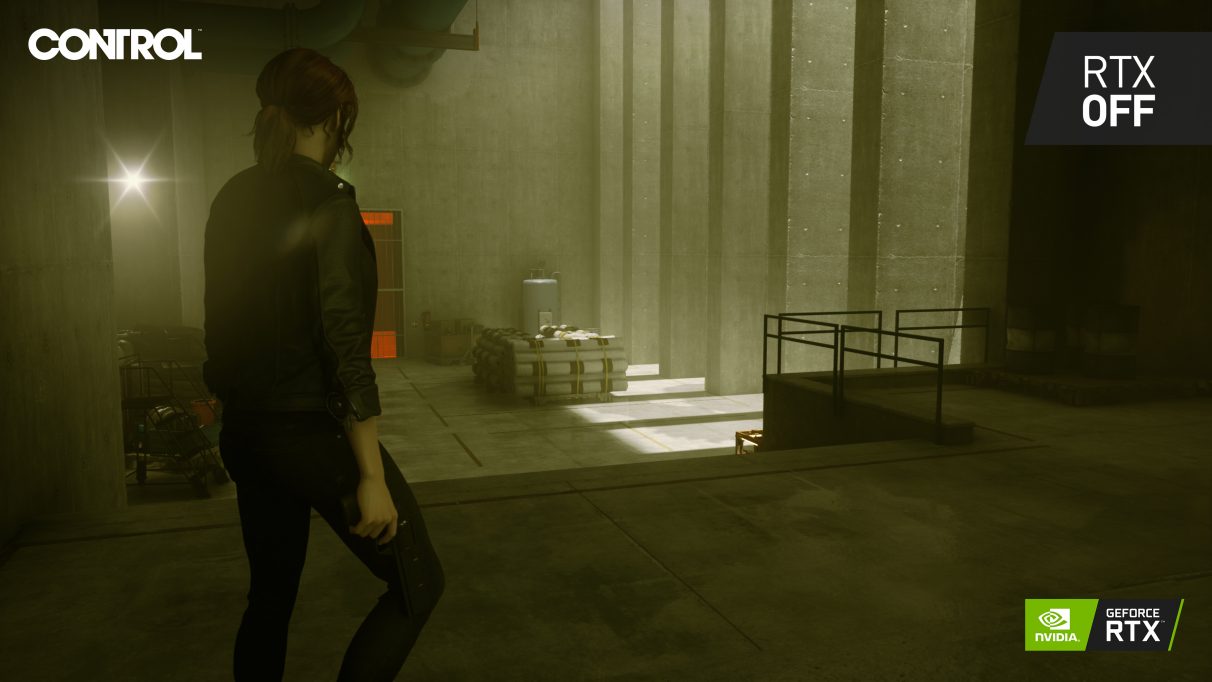 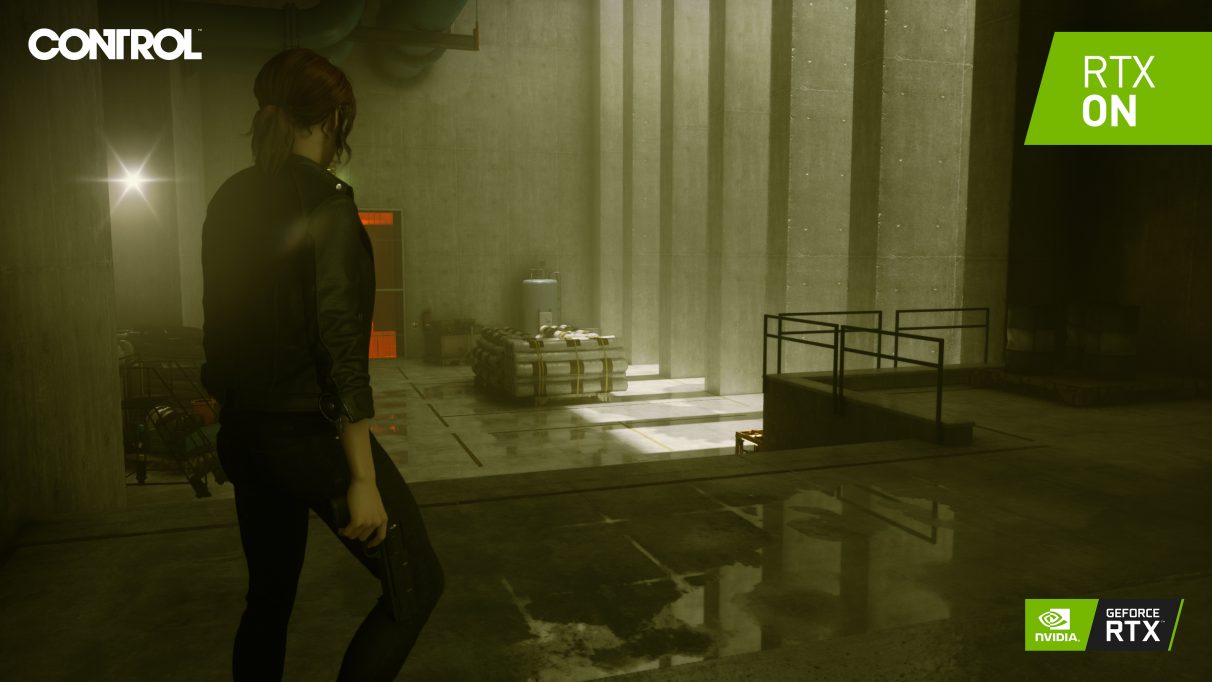 
Naturally, I’ll be doing a big graphics card test on the game closer to launch at the end of August to see what today’s best graphics cards can really make of Control, but if you’ve been contemplating a new graphics card upgrade recently in order to make the most of Nvidia’s aforementioned game bundle promotion, you might want to consider saving up for a teensy bit longer if you want to play Control with the shiniest graphics.