As is my wont, I am here to bleat about Vampire: The Masquerade Bloodlines 2 at you. I got in to see the Gamescom demo build, which they were also showing off at E3, but since Brendy got a punchy vampire run I tried to steer it more towards the sneaking and talking route by yelling things like “play both sides!” at Paradox product manager Florian Schwarzer, who was talking us through the demo.

In fairness, I think they were always planning to do a bit more of that this time, as you can see in the new demo footage they’ve released. It features commentary from Ka’ai Cluney, creative director at developer Hardsuit Labs, and a lot more creeping and talking than the previous version. 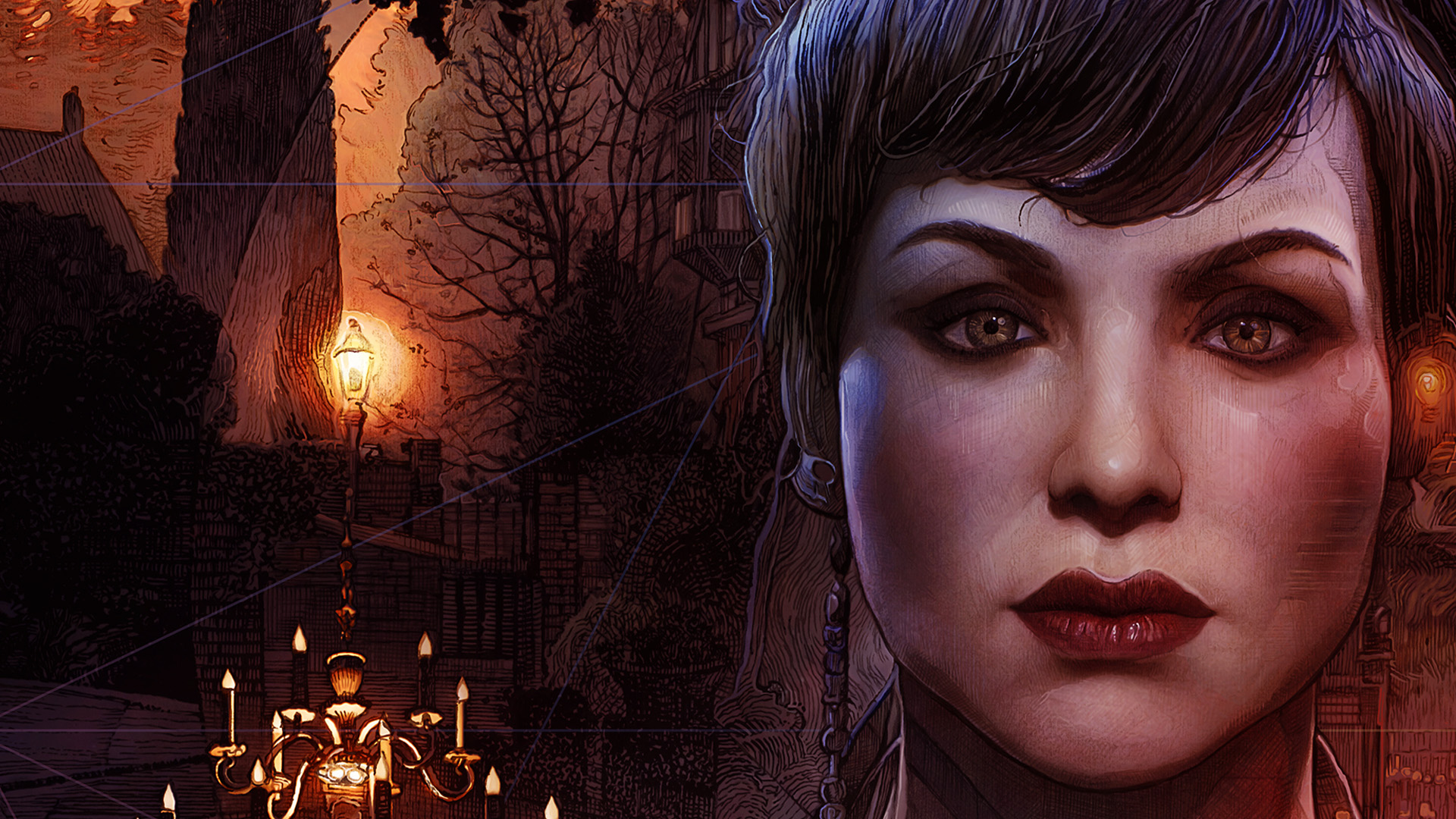 The key art for the new faction, The Pioneers.

Paradox and Hardsuit Labs have also started to reveal the next corner piece to the social dynamics puzzle: the factions. If your Clan is your vampire family, then your faction would be your political affiliation. And as in life, some Clans are more naturally suited to certain factions than others. Like, you could be born into a true-blue family and follow that path, becoming a mad Thatcherite, or you could disappoint your parents by becoming a hard-left rabble-rouser who turns up to throw yoghurt at the Houses of Parliament.

The first faction revealed was The Pioneers, some of the first vamps to settle in and rule Seattle, and who still like the idea of it being a structureless collective of individuals, so they could easily be either Keep Seattle Weird luvvies or whiny Libertarians who talk a good game. Also confirmed are The Camarilla, rich CEO types. So not only do you have to navigate Clan politics, but also faction ones. I find this much easier with a Face type character.

The thing is, doing a good talk generally means you can’t put as many points in your character build into being good at punching people (although we haven’t seen the Bloodlines 2 character creator yet, so I can’t say for sure that you can’t build a super vampire, like how you could glitch the first game to get infinite ability points). Thus the indirect approach in the demo, which the RPS VidBuds have done a lovely deep dive on.

I did, incidentally, learn a very important thing about the new resonances, which basically give people an emotional flavour. If someone is ragey they will have ragey blood, and it will confer short-term effects. Downing enough rage will also have long-term, permanent effects (“you are what you eat”, as the creators say). One of the resonances is desire, which shows as a pink throbbing in the blood, hur hur, and in the first demo was seen in club goers heading out to get the ride.

It transpires, however, that resonances aren’t always that obvious or specific to recent events. There were a couple of times where our character punched somebody’s face in and then ate them. At which point our character starts getting a “desire” resonance from their human snack, which seemed a bit weird, as if the baddie NPCs had the megahorn from being kicked half to death. But it just turns out that NPCs who need a fix will also be full of overwhelming desire — for drugs. This made a bit more sense. Anyway.

What I was really interested in were the dialogue options. It’s an RPG, so show me some RPG options. I’m happy to report they look way more subtle than they used to be. In the first Bloodlines (and indeed most games using a similar system) if your seduction was high enough to succeed in a particular conversational feat, that dialogue choice would appear in sexy pink writing. Then you clicked it and the person would go ‘ooh er, more tea vicar’ or whatever and you win that conversation. If you didn’t have the required skill, you just didn’t get that option. This time, as Cluney notes in his voice over, conversational skills are “not always a win button”. 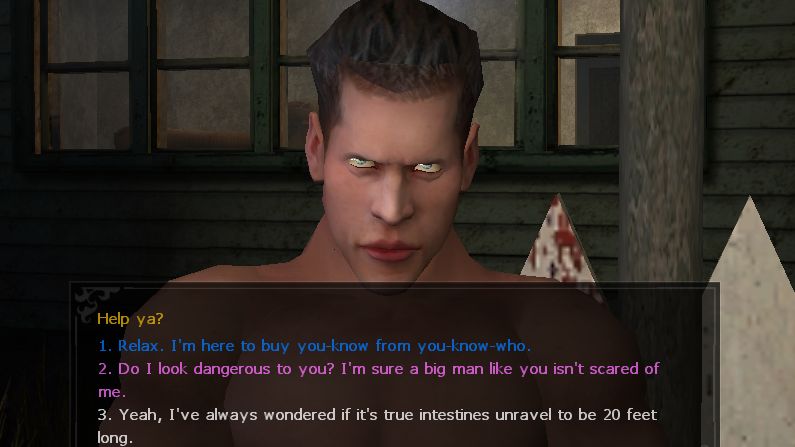 So, while I might spec my 100% that bitch vampire to be very persuasive, I still need to use my actual real life skills to figure out what the person I’m talking to might respond well to. For example, Slugg, who you’ve been sent to track down, doesn’t like the established power systems in Seattle. So you could go in pretending to be leaving town, just passing through. But if you slip up and say his name before he’s introduced himself, he’ll immediately twig that you’ve been sent to get him. And none of this was flagged to the player, it’s something to work out for yourself.

This is cool. It’s like having a really good DM who’ll let you roll for persuasion, and you get a good roll, but then they make you say what your character is actually doing to be persuasive. In our Shadowrun game one of the characters thought life was just a really complex game and not real, so when another character tried to persuade him to not do the thing by saying “because we might all die”, it didn’t work because of course not.

I was also buoyed by how much of a dickhead Slugg was. The character-building was always a strength of the first game, and Slugg is a truly horrible little shitweasel, made evident instantly by things he says, including “do I look like a pussy magnet to you?” I was able to build a clear picture of who I thought he was from a very brief interaction, i.e. that before being vamp’d, he was an internet shitlord who definitely asked girls for noods and then called them fat bitches he wasn’t even attracted to when they declined. He’s a stone cold loser, and apparently a lot of the demo players opted to kill him because he clearly deserves it.

But there’s also the option to send Slugg to the Nosferatu, but only if you’d talked about that with the previous informant you’d met, or not kill him, or… There are many conversational layers, or at least there appear to be so far. Like a lovely dauphinois, but instead of cream and potato there is betrayal. I remain eager to dollop a load of that dauphinois on my plate. I bet my vampire would make eating dauphinois totally work for them, you know?

Vampire: The Masquerade is spawning a battle royale?