Conversational deckbuilder Signs Of The Sojourner has a new demo, letting you sling cards and get chatty with various other travellers and some lovely snack salespeople. Who might be the best people to make small talk with, because not only can you explore the game’s themes of changing selfhood, but you get food at the end. If you’ve not seen it in action before, here’s a trailer showing how it all works.

I didn’t play the earlier demo that Dominic enjoyed, so I can’t compare the two directly, but it seems like the music is a new addition. It’s a lovely twangy thing that says “this here’s a desert” very nicely.

That aside, it provides a pretty big slice of the game’s opening. After your mother passes away, you and your brother inherit her store. He stays at home while you head off in a caravan, negotiating with others for items to stock when you return. And there’s conversations to be had everywhere.

Trying to match the symbols (which represent different communication styles) from your cards to your conversation partner’s sounds simple, but complicating factors pile up quickly. People from outside your hometown just don’t use the same rhetorical devices, and while you can pick up new cards for your deck based on those experiences, it’ll mean getting rid of something else in an act of social chameleonship. 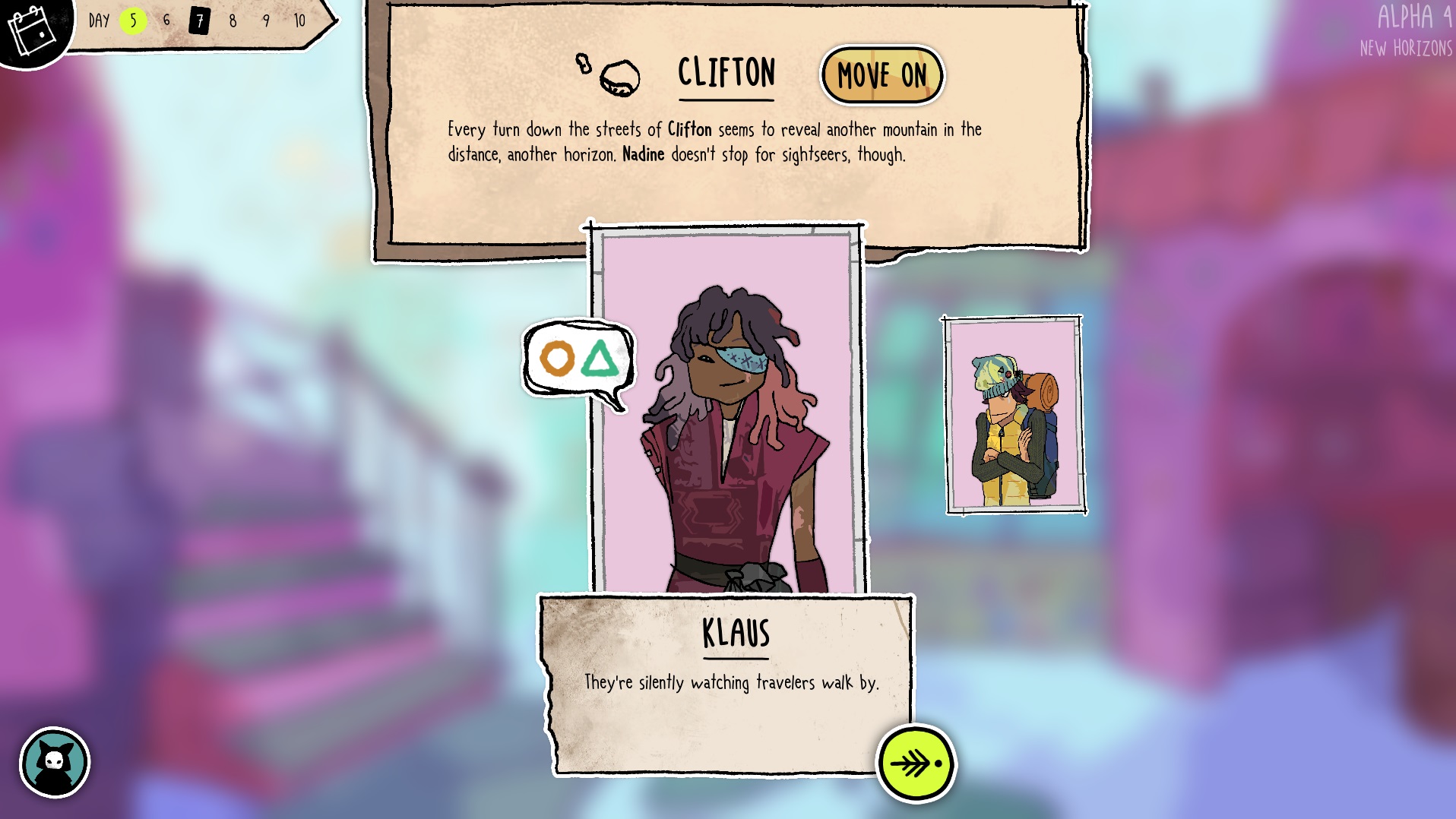 On top of balancing the symbols in your deck, you get the opportunity to add cards with other effects, positive and negative, which have neat representations of the complexities of communication and suggest things about the people they’re attached to. Your brother, for example, uses “accommodate,” which copies the previous card’s symbols, but stay on the road for too long and you’ll pick up “fatigue” which can’t be matched with anything.

In some discussions, you or the person you’re speaking to just don’t have the right cards, and that’s okay. It makes it feel great when you do, like a proper conversation with someone you just click with immediately. That’s also helped along by the variety of excellent characters; miss out on one chat and there’ll be another one just as interesting right around the corner.

The demo is available as part of developers Echodog Games’ crowdfunding campaign over on Indiegogo. They’re looking for about £40,000 to expand the game, though they say it’ll be coming out regardless of whether they hit the goal (and Indiegogo’s flexible funding means they’ll keep whatever they receive whether or not they raise the full amount).

The full version of Signs Of The Sojourner is scheduled to release in February of next year on Steam and itch.io.

Tagged with demo, Echodog Games, Signs Of The Sojourner.

More about Signs Of The Sojourner

Signs Of The Sojourner turns dialogue into a deck-building demo