Weak spots. We’ve all got one (mine is the collarbone, be careful) but Titan Souls makes a whole game out of these traditionally glowing murderpoints. What you’ve got here is a whole game of big bads, a boss-rush about rolling under the flailing tentacles of a hungry plant monster and shooting an arrow into its vulnerable vegetables. Or at least, that’s the goal. You’ll probably miss and get pummelled to death by its flowery tentacles while trying to get your arrow back. I can see why you tried, though. It is your only arrow.

Apart from the toughness of its vicious bosses, and the insistence on learning their attack patterns following death after death, this twitchy top-down Shadow Of The Colossus doesn’t lift much else from the big book of Souls (apart from, uh, having the word in its own name). But it takes one other small thing – the ability to tackle a cluster of boss fights in whatever order you want, trudging into one arena instead of the other. Smooshed against the wall by that giant brain encased in an ice cube? That’s okay, go fight the slimeball that splits into two smaller slimeballs when you shoot it. I’m sure that’ll turn out fine.

Notes: Titan Souls began life as a tiny Ludum Dare game, created in a couple of days as part of the game jam.

Where can I buy it: Steam, GOG , Humble.

Read more: Our Titan Souls review said it “gets boss fights right by reducing them to the final moment”.

What non-soulsy games should I be playing if I like this: Hyper Light Drifter has the same top-down dodge-rolling combat, but fills its world of hot pinks and aqua blues with everyday enemies, not just bosses. 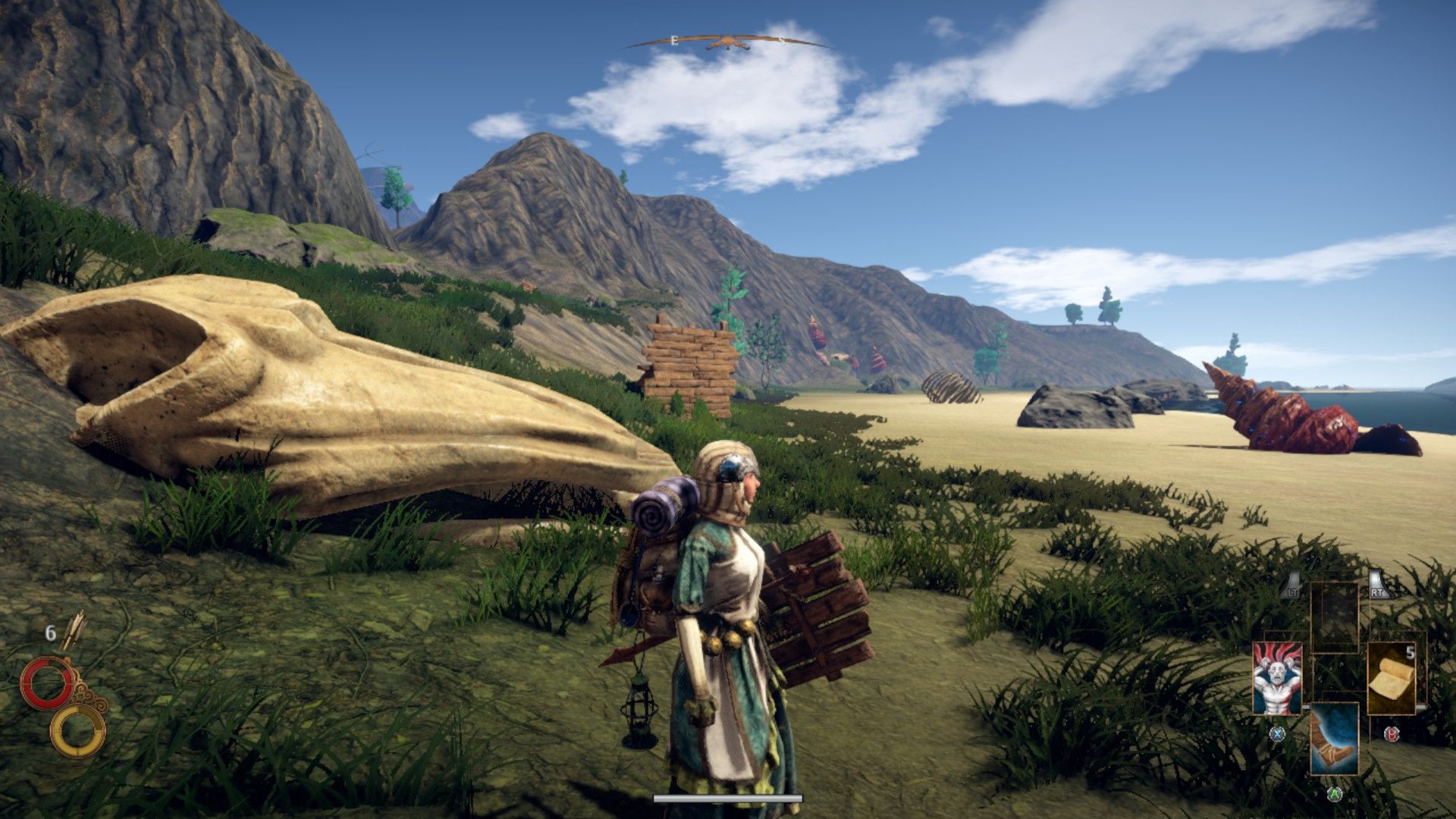 This big fantasy dander ’em up has some familiar foe-circling combat, putting it firmly with other bruisers about getting knocked out by a monster in a few hits and waking up furious. But this time, you awake not at your last campfire or sparkly shrine, but in a random place in the massive open world, after having your pockets picked clean by some opportunistic git. If Dark Souls is a game about navigating a claustrophobic labyrinth of a dead kingdom while trying not to get cursed by burping frogs, Outward is an adventure about orienteering across open fields full of vicious wolves and trying not to catch the flu on your way to the next town.

It borrows from survival games and open world RPGs as much as it takes from the souls school. You drink tea to cure diseases. You boil water to make it drinkable. And your inventory has to be carefully managed. All that makes the journey more challenging and meaningful. You have a big backpack (your dearest possession) and will need to take that off to become more nimble in a fight. But you’ll also want to keep track of where you put it down, lest you realise mid-fight that all your stamina potions are still in the bag, not your pocket. Whoops. In summary, Outward wants you to leave home and become an independent traveller. Unless, of course, you’re playing in co-op. At which point it becomes a daft journey about shouting down a dungeon corridor at your pal to stop walking into spike traps, for heaven’s sake. We’ve only got two bandages left.

Notes: Outward did not meet its original Kickstarter goal, but here we are.

Read more: Our Outward review said it was “about the difficulty of travel, not combat”.

What non-soulsy games should I be playing if I like this: The best survival game is Subnautica, and no backsies. But if you want an unforgiving fantasy jaunt you could brave the world of Kenshi. Oh, and Dragon’s Dogma: Dark Arisen might be up your fantastical street. Or simply install a bunch of survival mods on Skyrim and turn off fast travel. 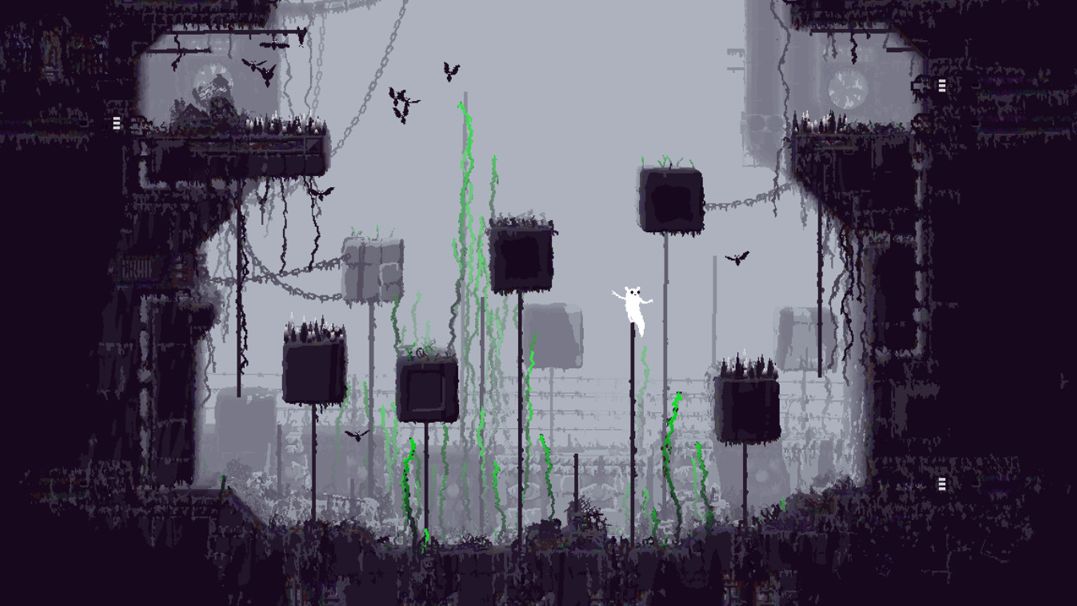 You might consider the inclusion of a cuddly “slugcat” in a list about soulslikes to be stretching the as-yet-unproven definition. But you haven’t been to Rain World. It might not have the levelling-up murder currency, or the watertight combat controls. But in so many other ways this follows FromSoft’s example. This is an obtuse, harsh world that refuses to explain its rules. A land full of traps, unseen dangers, and freaky animals that can kill you with a single snap of their jaws. On top of that, it periodically rains so hard everything not in a shelter will die in the deluge. There are hibernation chambers hidden in the walls from time to time, but they are deliberately distant from one another. Which means a big loss of progress when you are snapped up by that terrifying vulture with a skull for a face, like a grape being plucked off the bunch by a greedy Roman.

Like any traipse through Lordran or Lothric, it is a thoroughly punishing place to inhabit, but a wonder to explore. It’s populated by fascinating and lethal creatures, and it makes players either recoil in horror or die enraptured. It has as much claim to the soulslike moniker as anything else on this list, and for all its faults (wonky controls, randomly placed enemies, total lack of direction) it is arguably the most imaginative. There is a terrifying and wonderful bestiary of creatures, including camouflaged lizards, carnivorous seaweed, scissor-mouthed ostriches, and a gargantuan seafaring leviathan you usually only see at a glimpse. Almost everything in this rusty, wet jungle is out to get you.

Notes: An easier “Monk” mode was added by the developers, but somebody also made a “Renegade” character mod to make it even less harsh.

Where can I buy it: Steam, GOG, Humble.

Read more: Our Rain World review called it beautiful but frustrating, but that was before it added the easy mode. We also compiled a bestiary in GIF form.

What non-soulsy games should I be playing if I like this: There’s a similar mix of punishing natural selection and awkward jank in ape simulator Ancestors: The Humankind Odyssey, but it’s not a great game. The creatures of Rain World have an Oddworld vibe to them, so maybe Oddworld: New ‘n’ Tasty if you want an oldie. 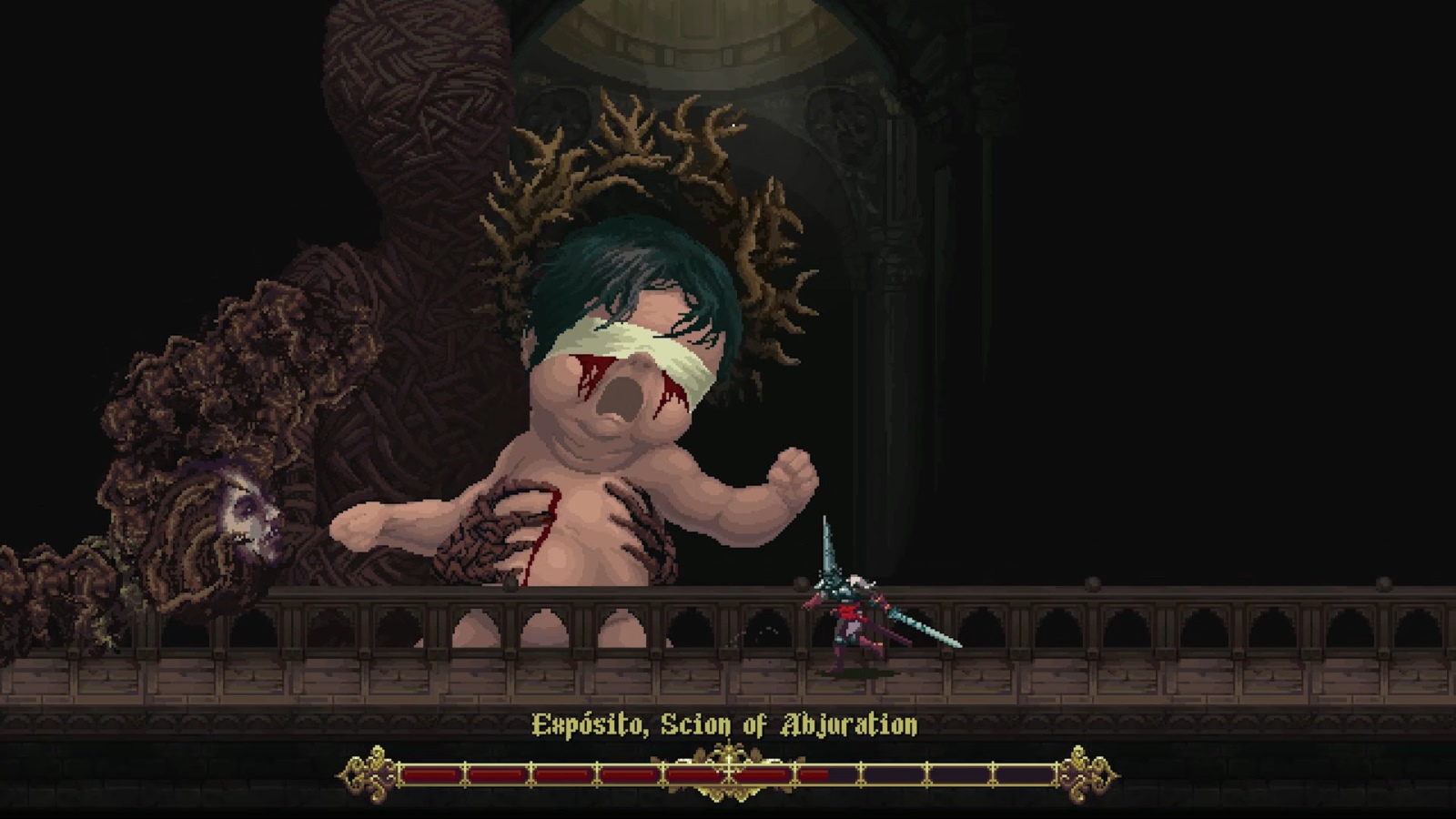 If you thought it was not possible for a souls ‘em up to be more bloodlustily Catholic than the grand cathedrals and demon deacons of Dark Souls 3, you were mistaken. In Blasphemous you prostrate yourself on the 2D pixel stonework between swinging your thorny sword at baddies in search of penitence (you become penitent by killing all the things, duh). It’s a grounded metroidvania full to the chalice brim of religious iconography and hard-hitting enemies. You slice holy men in floating chairs, slash self-flagellating whipfellas, and fell sad tree beasts. And all that soulsian lingo we’re used to has a gory Christian twist. Beating a boss is a “Humiliation of Penance”. Passive bonuses like better defence are granted through Rosary beads you find along the way, and new fighting moves (a powerful slice, a ranged attack) are unlocked with this game’s version of a death currency, called “Tears of Atonement”.

You might have to ignore the voice actors who pronounce things like “pious” questionably (it’s definitely not “pee-us”, folks). But it handles well and feels good in the old soulfingers. Parrying is nice and generous and you can clasp onto missed ledges automatically. Plus it runs so hard with its theme that you’ve got to admire its blood-soaked vestments. It feels like a bitterly lapsed Roman Catholic and ardent metal fan travelled back in time and made a soulsy game in the era of pixel Castlevania.

Notes: The land of this bishop battering is called Cvstodia, but it was originally named “Orthodoxia”.

Read more: In our Blasphemous video review Matthew called it “Castlevania redrawn by someone who’s just discovered Francisco Goya’s edgelord years”. Terrible Souls non-liker Sin played a bit for Unknown Pleasures and called it a game of “inquisitorial extremism” (still didn’t like it though).

What non-soulsy games should I be playing if I like this: Any other metroidvania, I suppose. Bloodstained: Ritual Of The Night carries the Castlevania torch in its little anime hands. But if you fancy something more soothing, there’s Ori And The Blind Forest.