Alice Bee: Hello Brendy and Nate! We’re here to discuss what we ultimately think of Wilmot’s Warehouse, our Can’t Stop Playing for the month of September. Next week we will choose a brand new game, so as a final tribute we are here to deliver an RPS Verdict for the sweet organise-a-warehouse ’em up that is Wilmot.

We’d been planning to do this verdict chat on Wilmot’s Warehouse for a while, but unfortunately one of you broke your collarbone, one of you got “a bit” of sepsis. As your line manager, I’m really impressed at your dedication, because you have both definitely, 100% genuinely turned up to still do this article with me. Nate, you reviewed doubyou’s doubleyou for us, so why don’t you kick us off here? 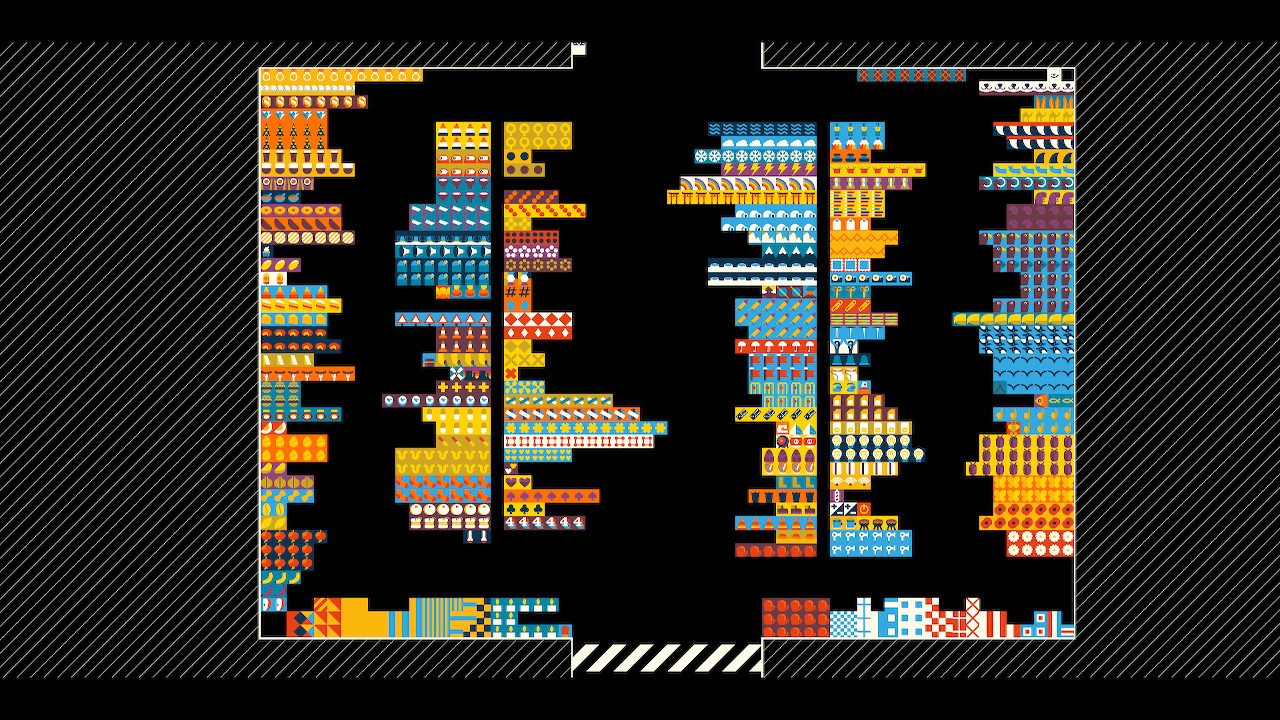 Definitely Nate: Well, as I said in the aforementioned review, Wilmot does give me the feeling that I’m playing something from an alternate universe where the fundamental tenets of video games evolved very differently indeed (I said this after a long introduction that uses the evolution of aquatic life — and ultimately all life on earth — as a comparative metaphor, which I do in probably 60% of my articles). I enjoyed Wilmot as much as Jason Statham enjoys punching adrenaline in the face with his big ham fists.

Alice Bee: That’s a good starting point. You also brought up in your review that it’s hard to fit Wilmot’s Warehouse into a category of game (very meta of it). In this here treehouse we often describe games as a something ’em up, as I did in the opening here, because it’s a) funny and b) easier than trying to explain a game like Wilmot’s Warehouse. If you don’t already know, it’s a game where you are a small square with a smiling face, and you receive and sort blocks of goods into your warehouse, however you see fit. But what genre is it? 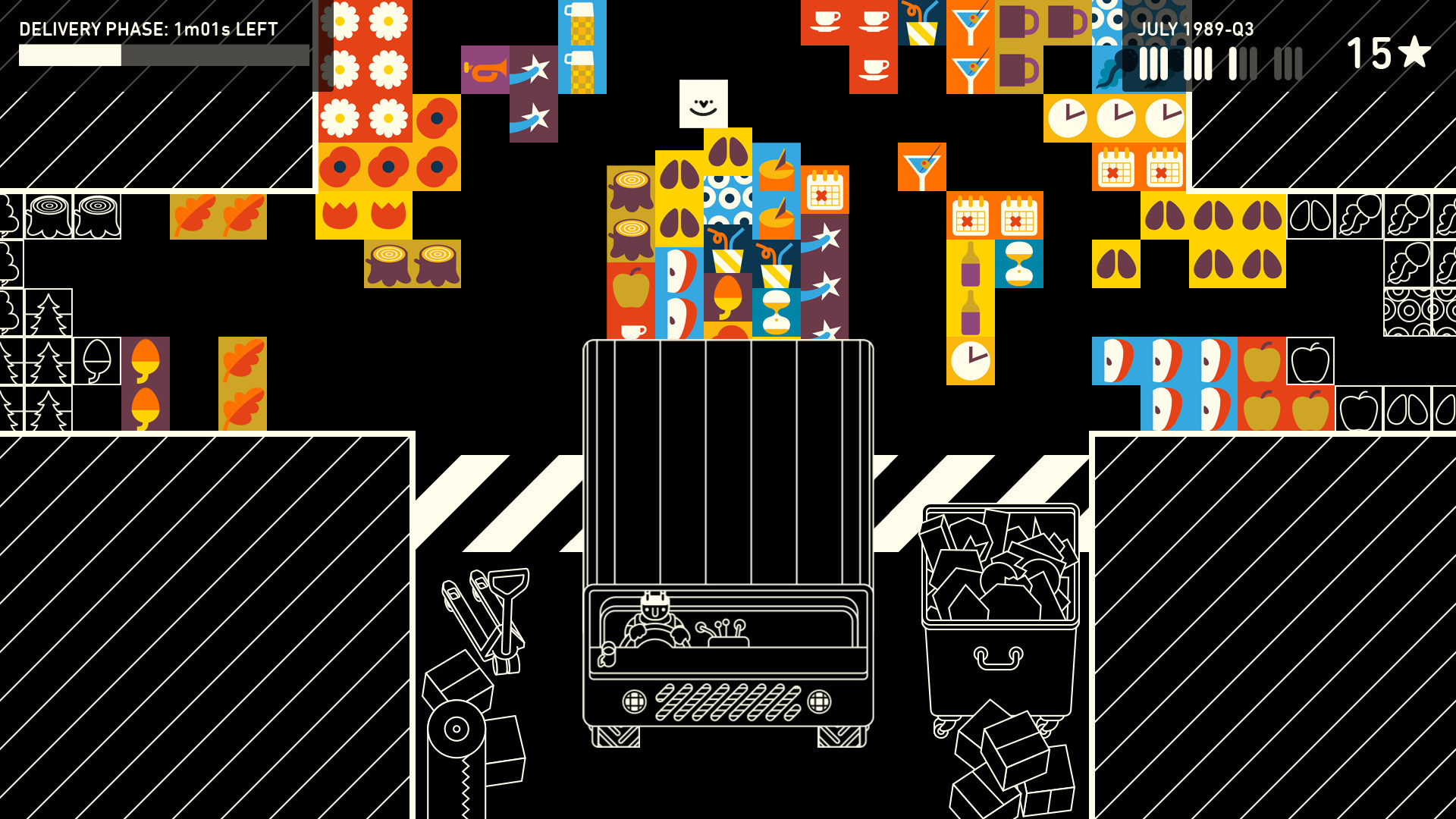 My own thinking has evolved. I used to think it was sort of a puzzle game. Steam has it flagged as “simulation”, which I can understand, and “casual”, which I do not credit at all. Now I think of it as… head game. I get into quite a lucid state whilst playing, I think.

Matt, who is for sure here and not on holiday: [Matt crashes through the wall like that unholy terror from American advertising who is part man, part jug of blood] Oh Philosophy!

Alice Bee: Good afternoon Matt, what a surprise. I assume you are referring to your own article about Wilmot’s Warehouse?

Matt, who is for sure here and not on holiday: Yes! As you recall, I argue that Wilmot’s Warehouse is actually a language game. I said it is “a world of raw pictorial language, and an ingenious platform to explore how language works in our own world,” and brought up Wittgenstein, and how we even define the term “game”. 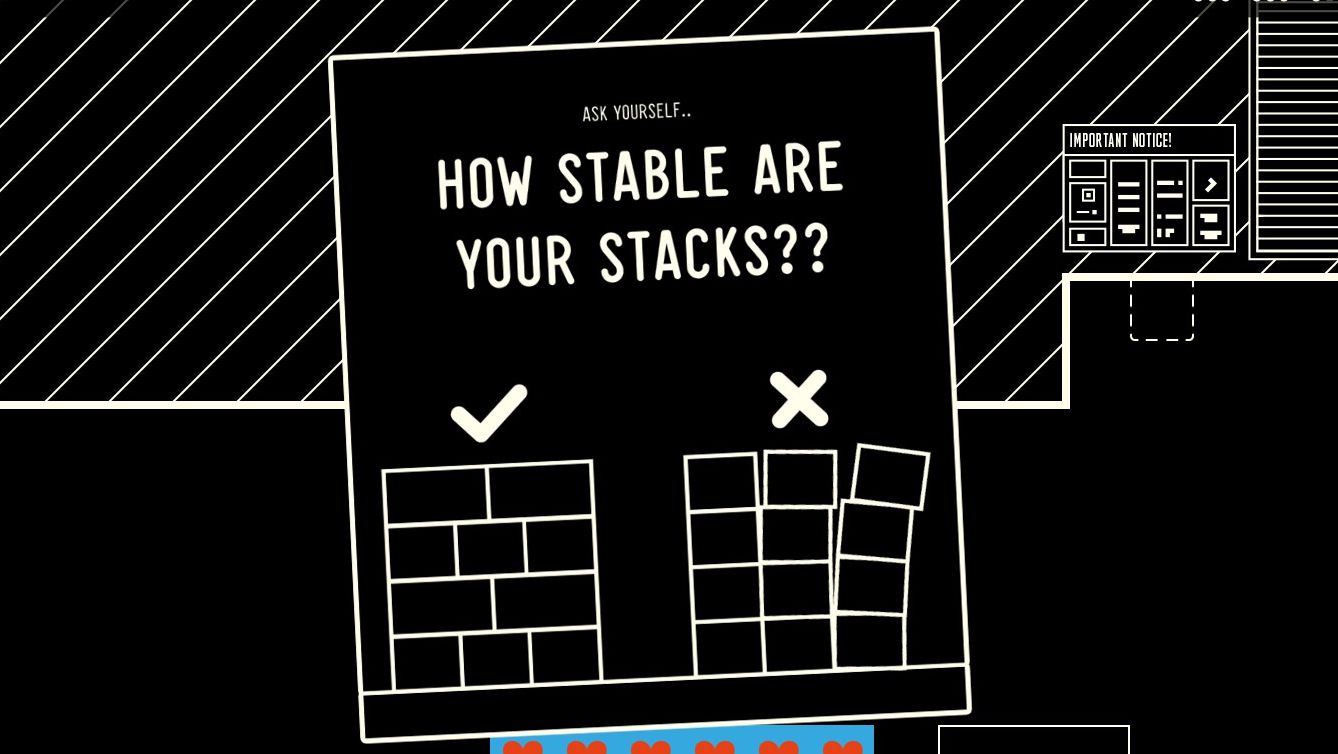 Alice Bee: I’m not actually going to argue with you, even though you are definitely here also, the same as the others. Language means many different things, after all. And the other day, I was tooling around my warehouse, and I suddenly thought of the Alethiometer in His Dark Materials. It’s a sort of compass, except the needle points to the truth, but it communicates using 36 tiny pictures, symbols that contain a wealth of different meanings. And you have to ask a question by inputting the right symbols, and then interpret the answer from the symbols it indicates.

Reading the Alethiometer is very hard, and most people can’t do it. You have to hold the meanings you want in your mind without thinking too hard about them. And Wilmot, to me, is like that. There are these hundreds of little squares with pictures on them, some obvious, some open to weird interpretation, and you link them to others and you put them in your warehouse in a way that makes sense to you. But there are 200 of these in each run, so to know where everything is in the warehouse… you have to hold it all in your head, but not look too closely or another bit will fall away. Like slipping into a big pool of water, and if you let your senses drift away from the immediate, in a way you’re touching all the water at once. Does that make sense? Look, it’s a Friday afternoon, okay?

100% genuine Brendy: My relationship with the cubelad is a lot less philosophical. On the podcast we talked about how my boxboi is the dark Wilmot of the post apocalypse. But the squaresprog does not exist in a void. In my article about the motivational posters I note that “it would not have half the character without its comic undercurrent of criticism about big business”.

Definitely Nate: Yeah, when I interviewed Richard Hogg and Ricky Haggett about it, like a chihuahua let loose on a plate of chipolatas, Hogg said he reckons Wilmot has far more agency than the average Amazon worker. He thinks Wilmot loves his job, but probably not the company he works for. 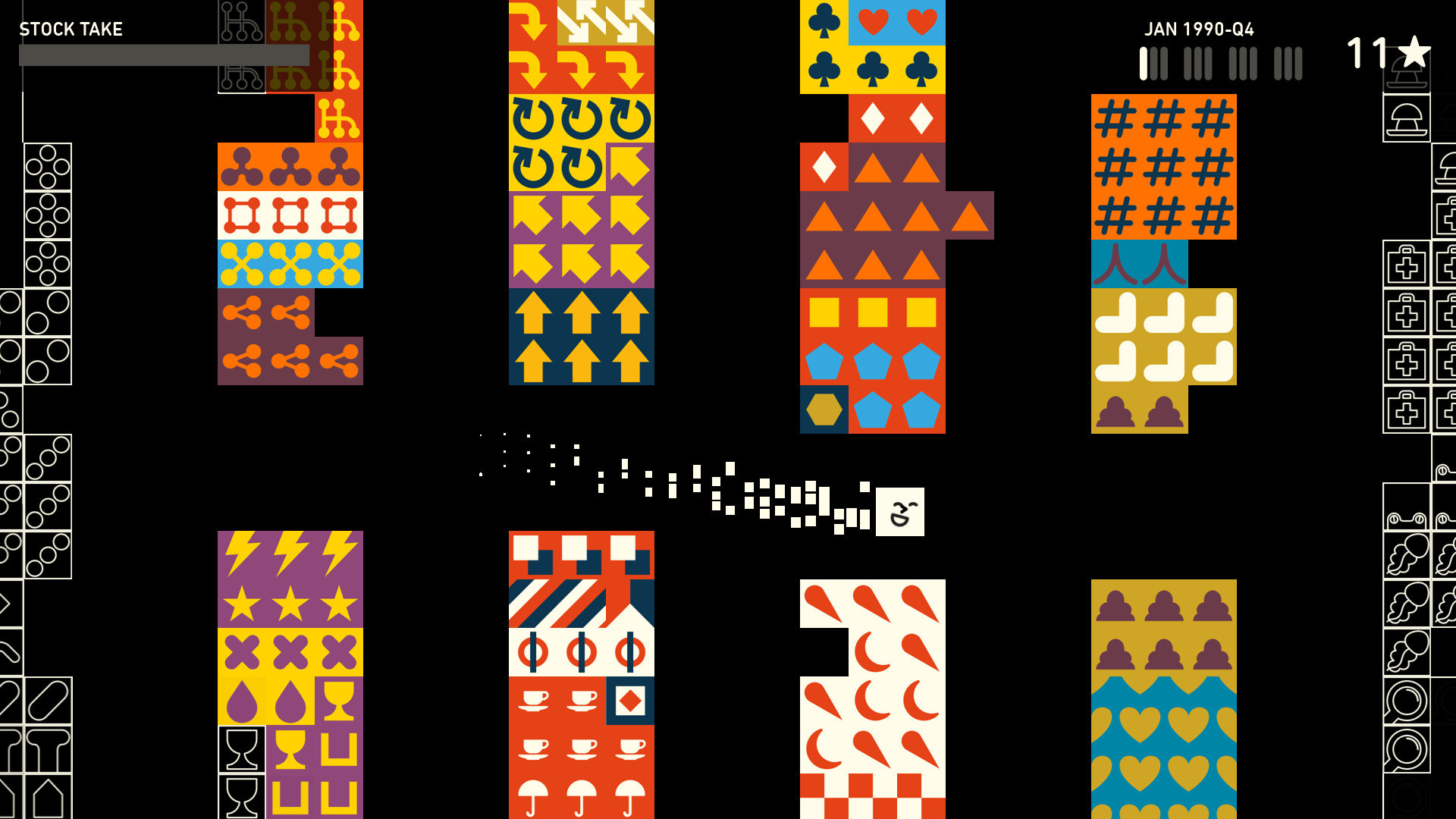 Alice Bee: It does make Wilmot very relatable. I’ve worked in different retail jobs, and you develop your own way of organising the stock and stuff. But Wilmot’s Warehouse has more interesting things in it than e.g. about a million yuppie polo shirts. Yuppie polo shirts are also much harder to stack than blocks of sunsets.

100% genuine Brendy: That’s the important thing, though. It’s about taking pride in your work, not mine. It does not make sense. But please don’t touch anything.

Alice Bee: Yes, I think the thing is that it may not be clear what Wilmot’s Warehouse is, exactly, precisely because we all see it as something a bit different. Because we each construct our own way of working and playing, and so that’s what it is. But whatever else it is, it is very very good.

So thank you for joining me, despite grievous injury, to help me come to that conclusion. Check back on Monday, when we will be revealing our Can’t Stop Playing game for October!

Disclosure: Pip, wot used to work here, did the trailer voice over for Wilmot’s Warehouse. But we don’t know nuffin about that.