Ave once more, citizens – Ghoastus here! Nate’s in Berlin for PDXCON this week, but I’m still haunting his PC (I zoom into it through the floppy disc drive), working my way through all the games he didn’t get around to writing about in the last few weeks. Today, I’ve been playing This Merchant Life, an extremely gentle fantasy trading simulator that came out in August, and which RPS features mortal Brendan had a look at two years ago. It’s come on a lot since then, and while there aren’t really any Romans in it, I like it very much all the same.

Many artists, when satirising the fantasy genre, have reached for a good and obvious joke: in a world defined by singularly important heroes, what’s it like to be something other than the hero? What’s it like to sweep the pubs down, maintain the castle walls, or run the potion stalls – and isn’t there a sort of heroism to be found in these mundane acts? After all, as my dear friend Cicero said, “it is not by muscle, speed, or physical dexterity that great things are achieved, but by reflection, force of character, and judgment.” 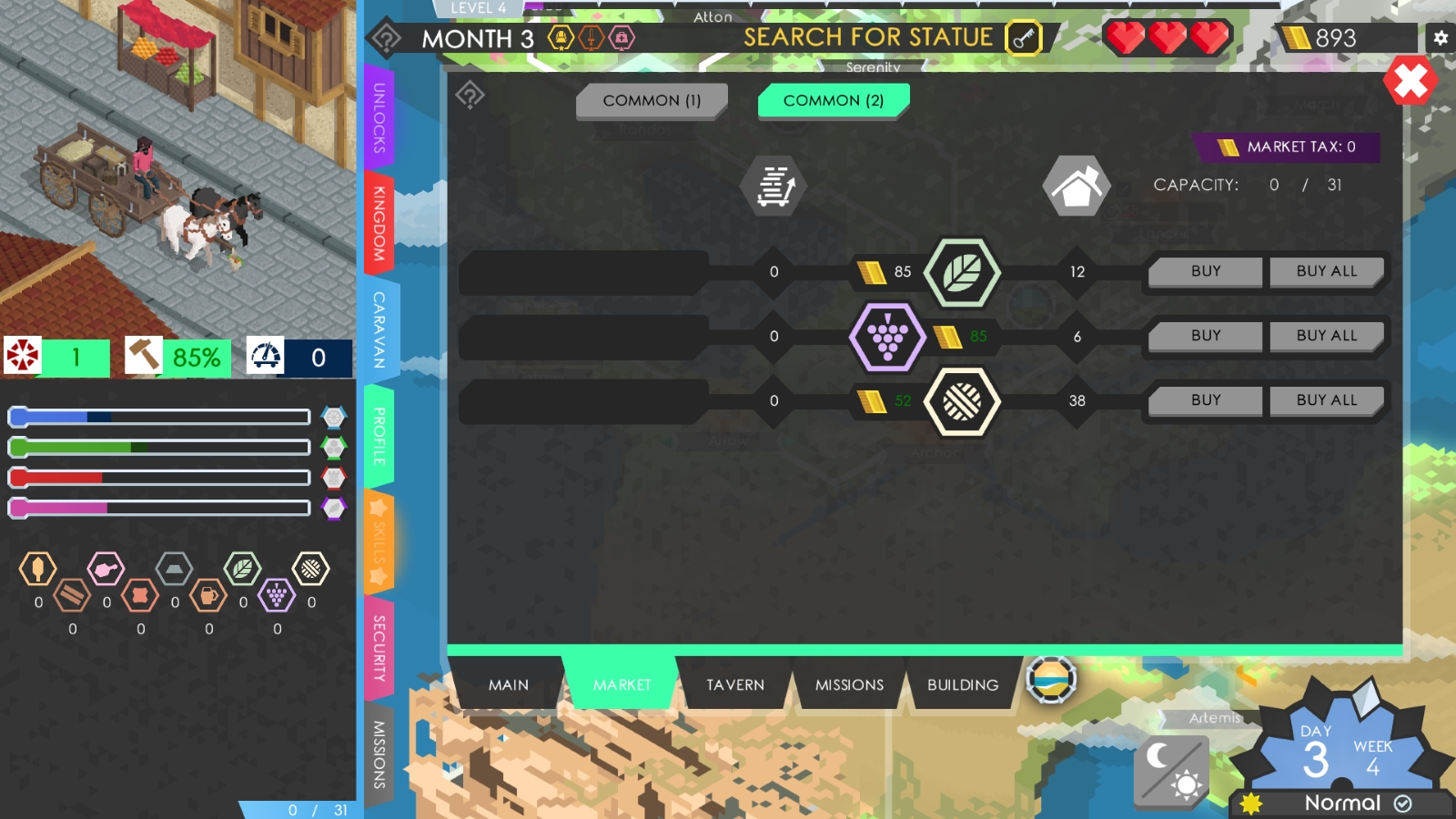 Judgement is something you will rely on often in This Merchant Life. At its heart, it’s a game about moving a cart between different nodes, buying commodities where they are cheap, and moving them to where they are expensive. On top of that, however, there’s a charming layer of choice-based narrative delivered through scripted and random events, and a light RPG layer where you can upgrade your trader’s skills, as well as their cart.

The writing is delightful: although the game clearly isn’t written as pure comedy, it consistently widened my ghostly smile, and never strayed into the sort of obnoxious wackiness of fantasy games that think they’re incredibly funny. It’s a whimsical, wry sort of humour writing, with a clear admiration for that master of the ridiculous and the sublime, Terry Pratchett. One has the feeling that at any minute in the game, one could be tasked with delivering cabbages to Sto Lat. Oh, and there’s a spectral injury claims lawyer. 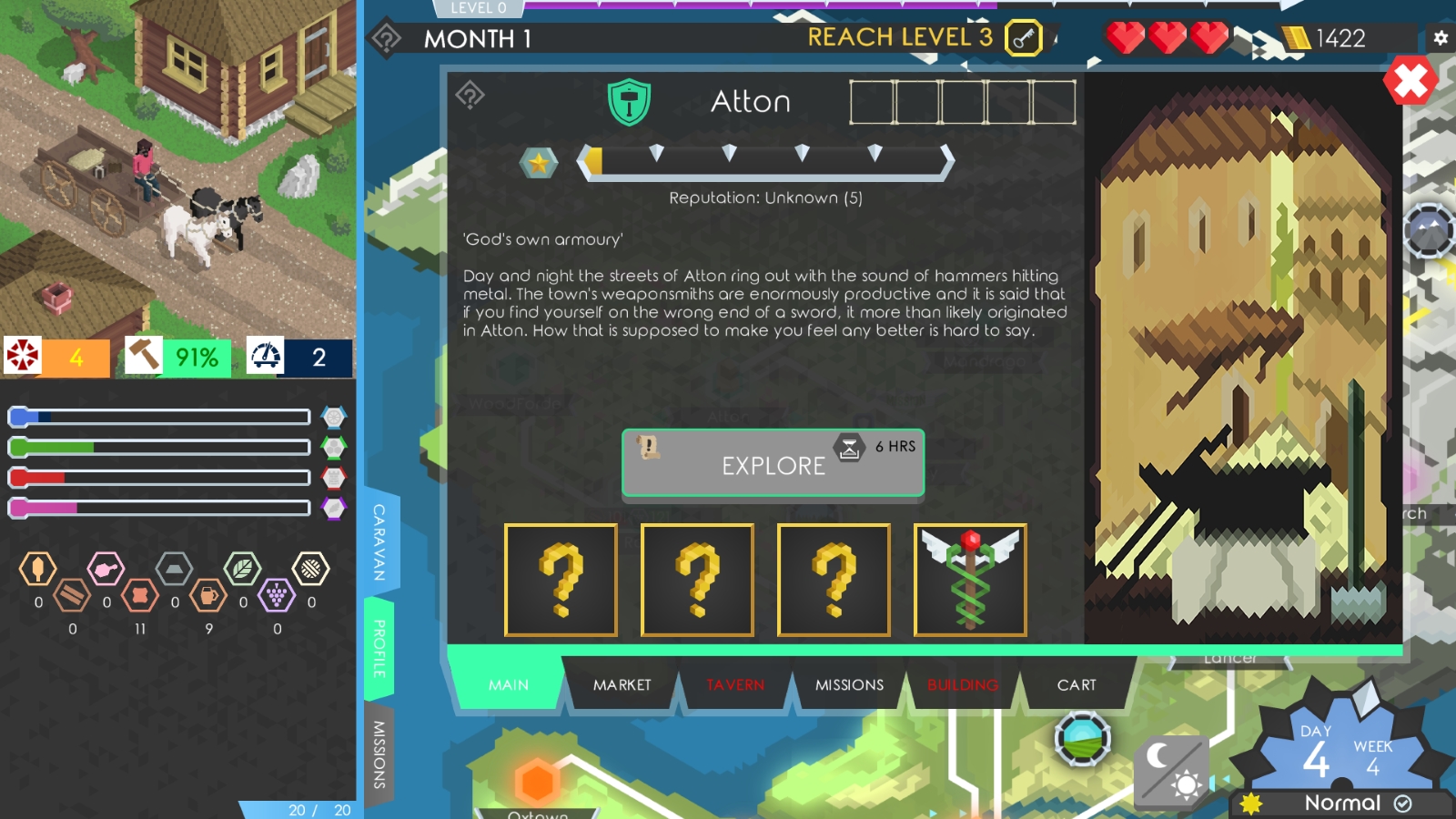 Ghoastus’ Spooky Roman Facts: While The most famous Roman sword is the Gladius, legionaries often carried a dagger called a Pugio. Frightening!

There is combat — you can hire guards for your cart, and if you’re beset by brutes, they will protect you — but it’s not the main focus of the game. It’s not very good either, despite an overhaul on the version Brendan played. While its system of quadrant-based fighting is like nothing I’ve seen before… well, sometimes things haven’t been done before for a reason.

Even this faint bum note, however, is just a single poorly leopard in a colosseum of pleasantries. By and large, the game sticks to its repertoire of trading, management, and allowing you to choose your own adventure. There is an overarching campaign plot which eventually gets you roped into the highest affairs of the kingdom, but unless it takes a sudden tonal shift right at the end, you remain a humble, ordinary trader. 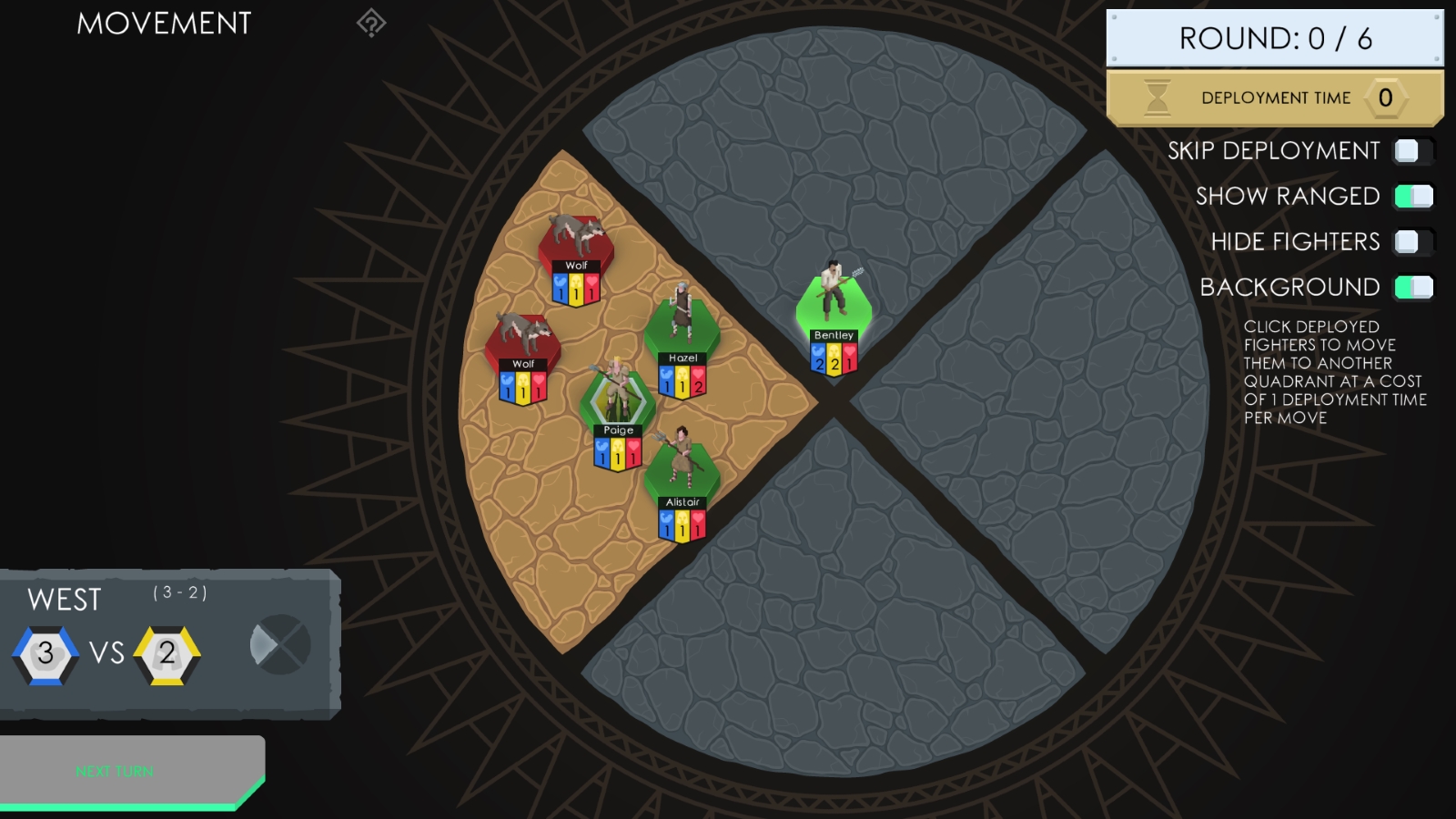 Ghoastus’ Spooky Roman Facts: Romulus and Remus, famous founders of Rome, were suckled by a real wolf in a cave called the Lupercal. Wolves can be quite ghastly

I respect This Merchant Life for this. Another “let’s play as the NPCs” game I played recently, an early access title called Epic Tavern, was quite fun, but rather missed its own point. Rather than focusing on the management of a pub to serve adventurers, it drifted too far into the lives of the adventurers themselves, having you take them on quests, outfit them with weapons and… well, play yet another dungeon crawler.

In this game, while you will encounter heroes and powerful sorts, it’s your main priority to keep the markets that feed them supplied with ham, and the armouries that forge their swords topped up with iron. That’s a big enough job in itself, without even thinking about dungeons or the forces of evil. 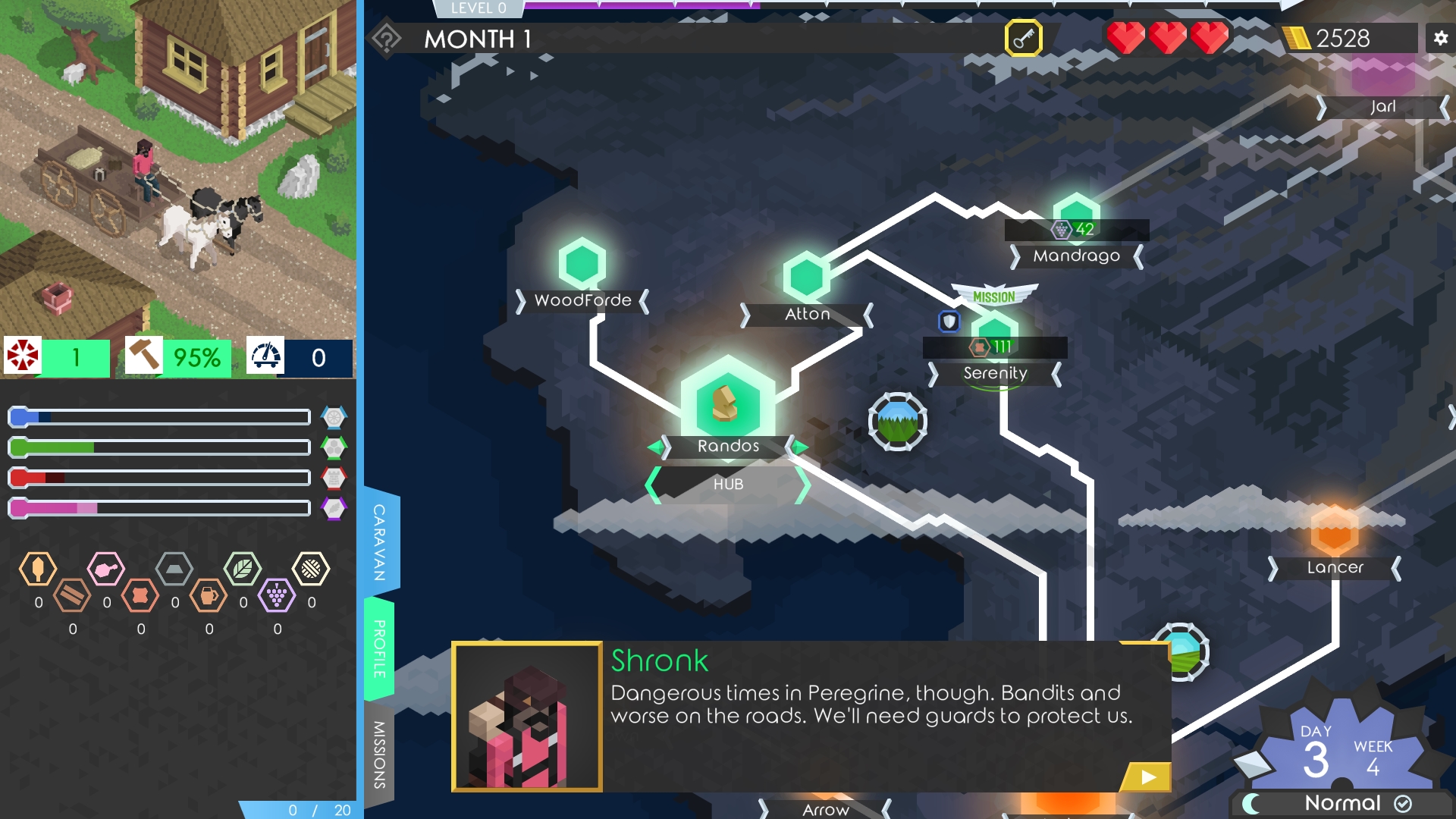 Ghoastus’ Spooky Roman Facts: The name of the Peregrine Falcon comes from its Medieval latin name, “falco peregrinus” – the pilgrim falcon. Like all animals, the peregrine falcon has a skeleton, which is frightening.

More than anything else, this is a relaxing game. Outside of the broad, simple chapter objectives (“search these towns for a thing”, “collect 5,000 gold”), you’ve rarely got any overarching goals to fret about. You might set yourself the vague aim of travelling five towns north to get a good price on a wagonload of fruit, but that’s about as much as you need to store in your head – and even if you get distracted and decide to go and find a lost cow instead, it’s fine.

It’s a game about life on the road, and as such, it feels right that it rolls gently past you, gently rocking you from side to side with a constant stream of small decisions. Ghoastus beseeches you: give it a try.

More about This Merchant Life