The time to take a trip to The Outer Worlds has finally arrived. Not to be confused with the Outer Wilds, you understand. Oh no, that’s a different space shuttle bus altogether. The Outer Worlds is Obsidian’s new intergalactic RPG, the folks wot made Fallout: New Vegas and Pillars of Eternity, and I’ve been taking a look at how well it runs on PC. The answer, you’ll be pleased to hear, is pretty darn smooth. As with most big games these days, though, there are always ways to help improve performance if your PC’s struggling a bit. So read on, fellow space travellers, to see what top tips you can employ to boost the game’s frame rate right up into the next galaxy.

As you can see below, The Outer World’s PC requirements are pretty low, so you should be able to get a decent level of performance even if your PC is getting on a bit. Indeed, while Obsidian haven’t been very forthcoming about exactly what kind of performance you can expect to see from the below PC specs, I think we can make a pretty educated guess that the recommended PC requirements for The Outer Worlds are for 1920×1080 resolutions at 60fps.

From my own tests, I can confirm that a 6GB Nvidia GeForce GTX 1060 will get you at least 60fps on Ultra graphics settings at 1920×1080, if not slightly nearer 70fps for those with high refresh rate monitors, so even lower-end cards should be able to get smooth frame rates at this resolution.

The Outer Worlds: How to get the best performance

Hop over to The Outer Worlds’ Settings menu and you’ll find The Outer Worlds’ graphics options in the Quality section of the Graphics tab. Admittedly, there aren’t that many to choose from here, which doesn’t leave us a huge amount of wiggle room to try and eke out a bit more performance from it. Indeed, there are just six graphics settings to tinker with here, as you can see from the screenshot below. 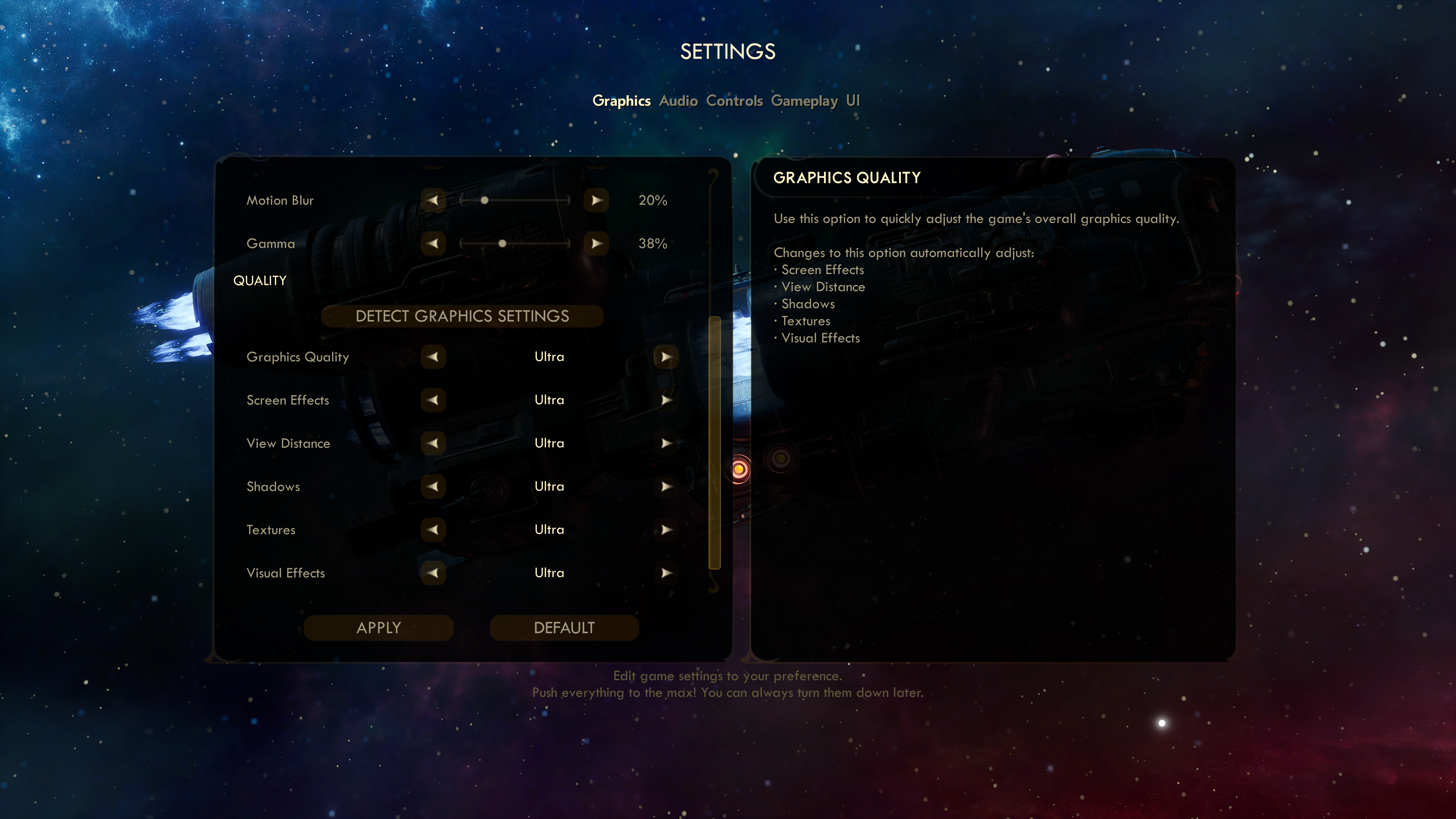 In terms of overall graphics quality, there are five presets to choose from here: Low, Medium, High, Very High, and Ultra. You can see what they all look like below (click to enlarge). The good news, though, is that Low still looks pretty swanky in The Outer Worlds, as everything from the overall environmental detail to character textures remains pretty high across the board. The only real difference between each preset is the quality of its light and shadows. Everything else is pretty similar. 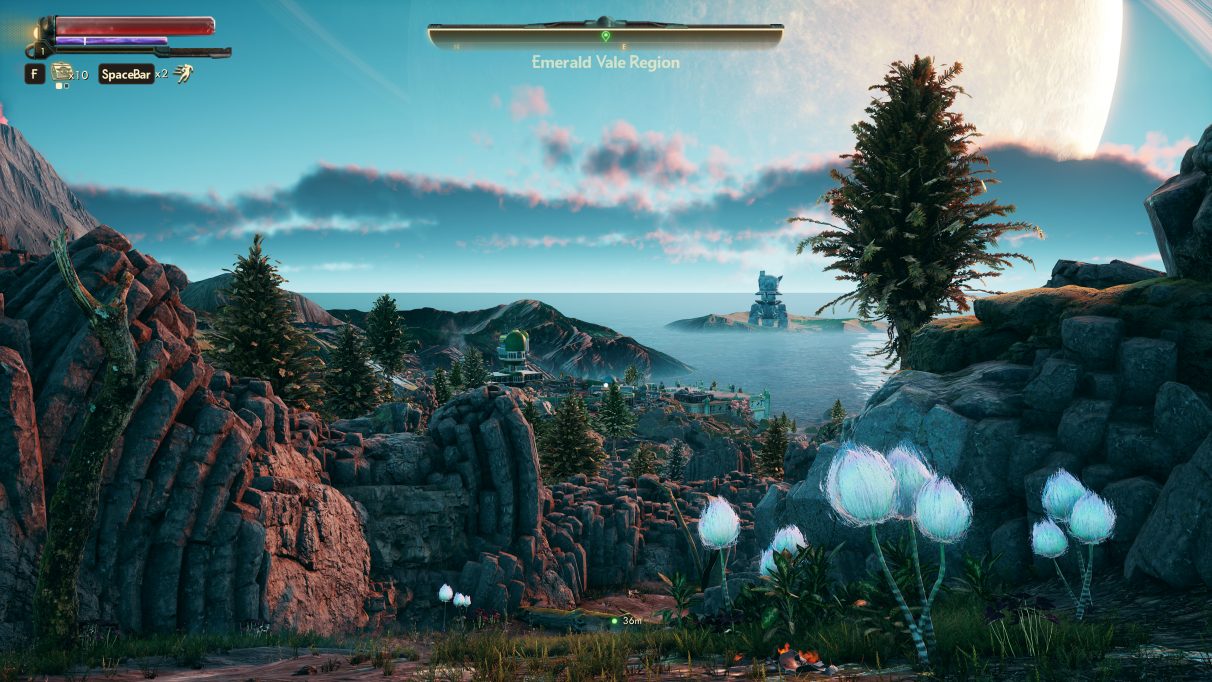 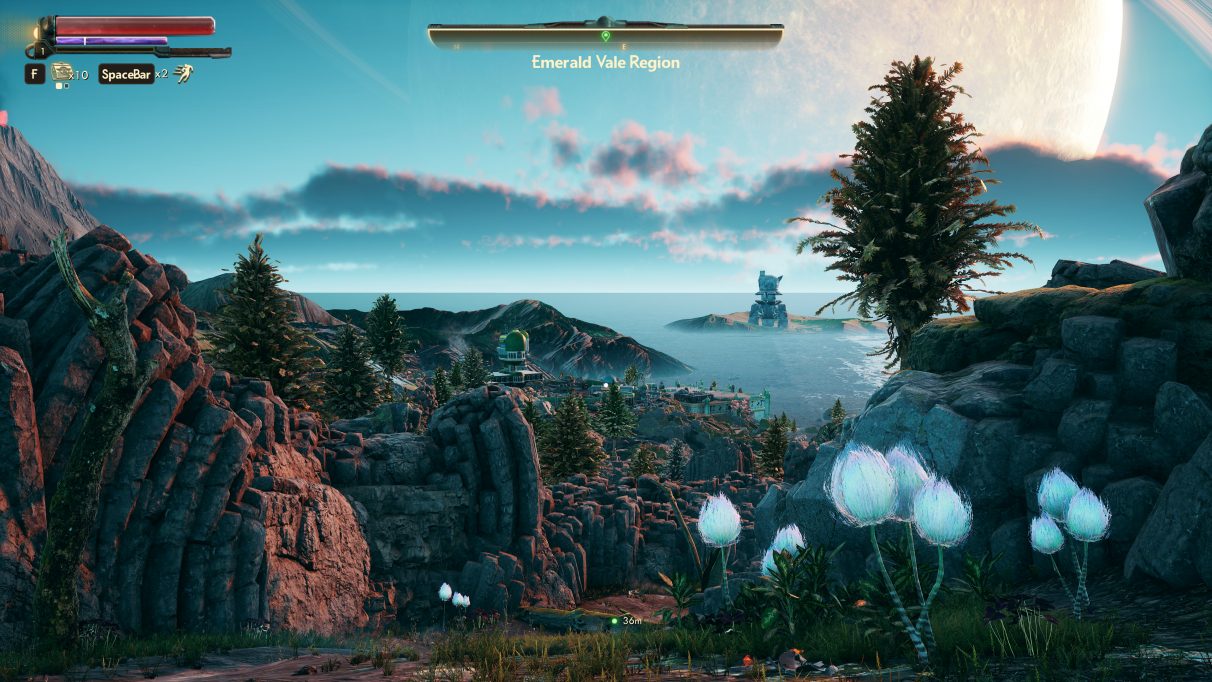 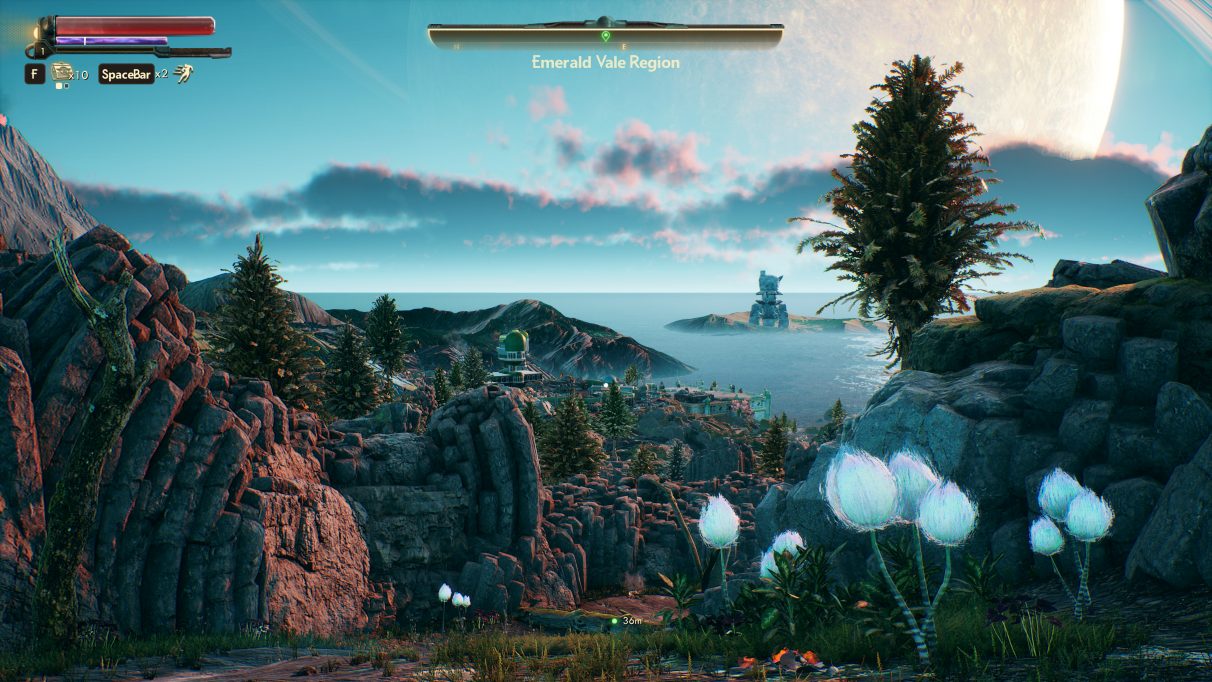 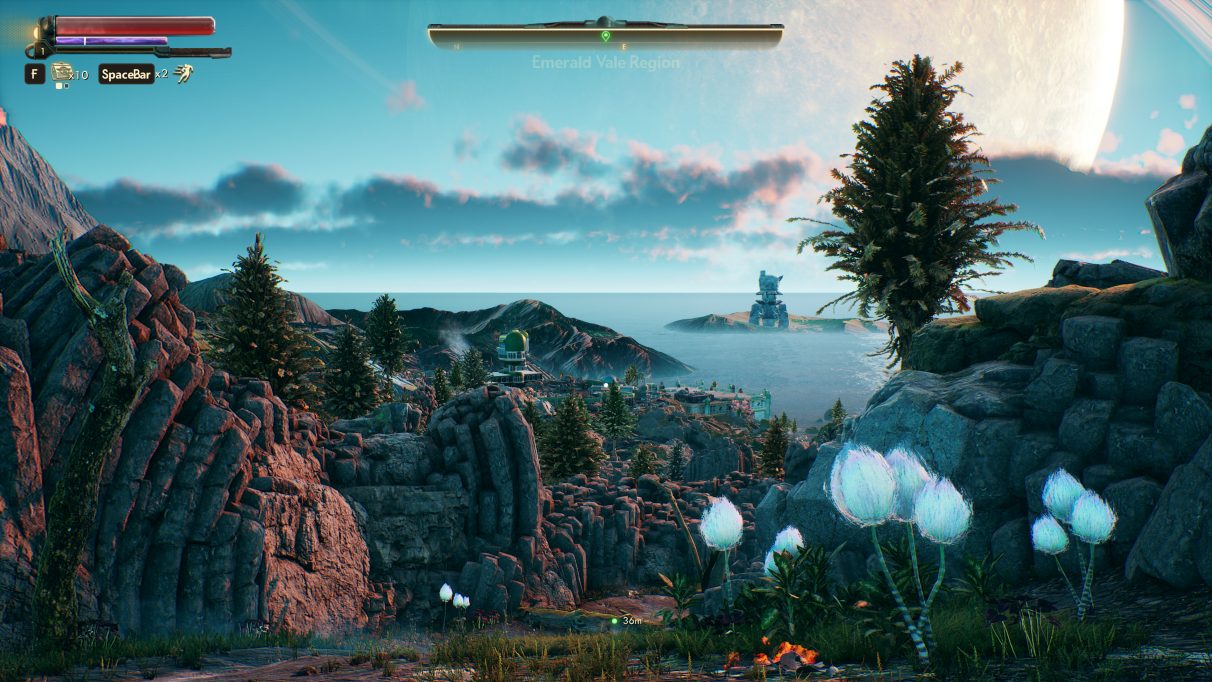 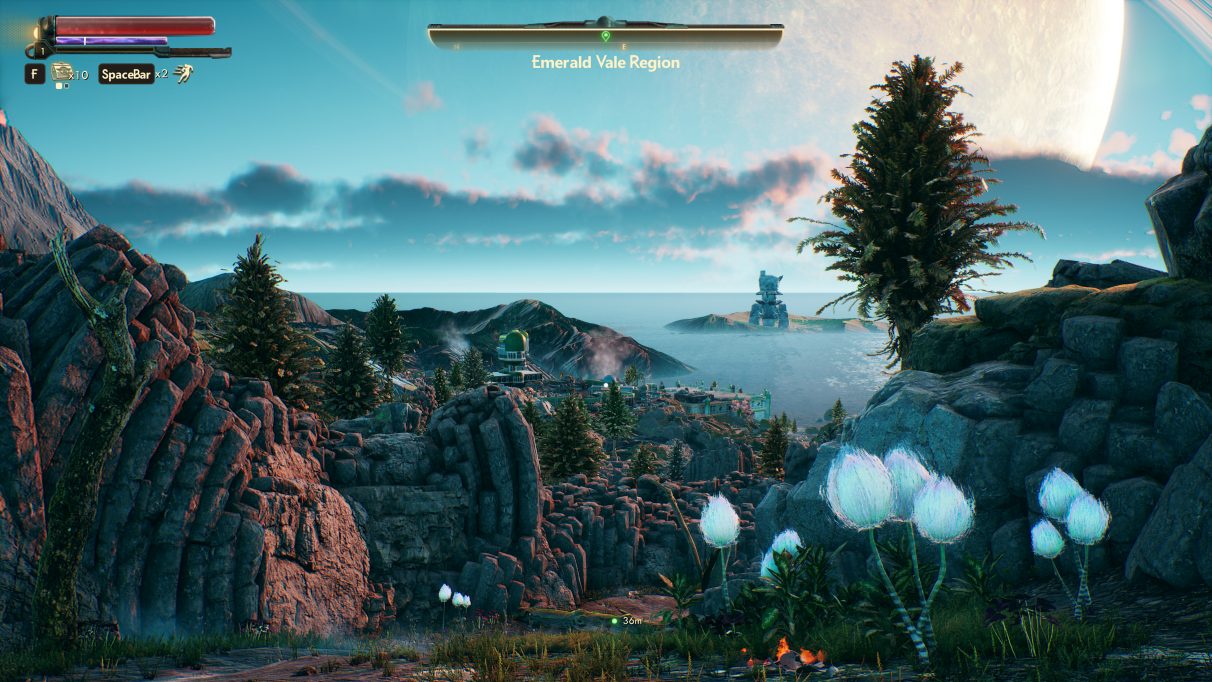 
That’s good, as it helps us narrow down which settings you can turn down in order to increase performance. And yep, you guessed it, it’s time to whack down the old Shadows option. On Ultra, for example, I saw an average frame rate of around 70fps on my GTX 1060 at 1920×1080, but when I knocked Shadows down from Ultra to Medium, I saw my average frame rate shoot up to around 85fps.

None of the other settings had nearly as big an impact as this, so cutting down on the game’s shadows is definitely the quickest way of giving your frame rate a quick boost. Otherwise, you might as well just bung everything down to the next preset.

If that’s not good enough for you, then I’d recommend adjusting the 3D Resolution setting as well, which is just below the resolution options further up the Graphics menu tab. This renders the game at a lower resolution, helping to take some of the load off your GPU, but then scales it back up again to match your chosen resolution, giving you the illusion of, say, 1920×1080, while actually rendering it a bit lower.

For more info on how to get the most out of the game itself, do check out Ollie and Dave’s The Outer Worlds guide, which has all the tips and tricks you could possibly want for when you’re first starting out, including:

Tagged with feature, graphics cards, Hardware, how much graphics does it have, Obsidian Entertainment, The Outer Worlds.