We’re talking about the PC version specifically, the Gearbox port of which didn’t manage to be as iconic as the original Bungie version was on console, plus had a whole bunch of technical issues. Still, we got a good taste of what’s been so popular in Xbox land: the wide-open spaces, the vehicles, possibly the most solid and recognisable arsenal of guns in videogames, and that sense of a great escape from the lone, tunnel-bound skirmishes of shooter tradition and into a wider war. The PC version also brought (official) online multiplayer to Halo for the first time, which a few people continue to play to this day. Halo multiplayer may be inextricably mentally associated with brightly-coloured robo-men teabagging each other, but it’s such a tight, well-balanced affair which deftly weaves both land-based and airborne vehicles into the core of the combat.

There’s also no denying the massive influence this alien-murdering rampage has had on shooters, from limiting the amount of weapons you can carry, to mapping explosives and melee attacks to a single key, rather than cycling through the 900 weapons you’re holding just to find your frag granade. Where Halo went, others followed. It’s possible half the games on this list would look very different without it.

Notes: Be sure to grab the Custom Edition add-on, which among other things enables support for fan-made maps, as well as introducing a tool with which to make ’em. Gearbox provide it for free. You’ll also need a very recent patch to get the multiplayer working in wake of Gamespy’s demise.

Where can I buy it: Nowhere digitally, but it’s cheap enough second-hand (be sure you get a working CD key). Or just wait – Halo: The Master Chief Collection is coming to PC, and it includes the big man’s debut.

What else should I be playing if I like this: Destiny 2 is the spiritual successor to the balletic firefights of the first Halo, and they are faster and shinier too. 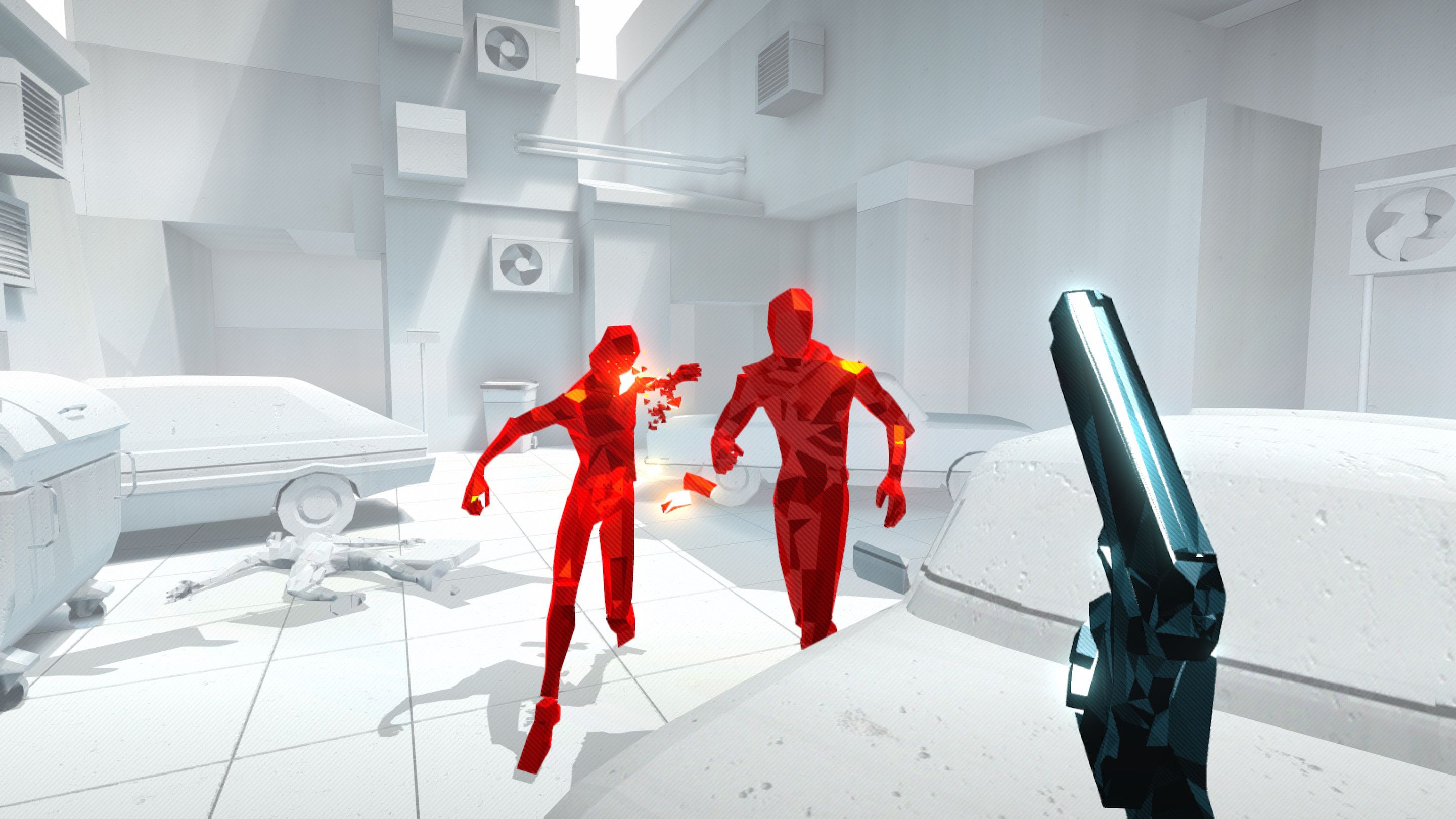 There ain’t nothin’ new under the sun – a miserable claim that SUPERHOT Team disproved twice in one year. First there was SUPERHOT itself, a shooter in which time only moves when you move (or shoot) (or throw something) (or punch). Then there was SUPERHOT VR, which singlehandedly redeemed the whole concept of virtual reality.

SUPERHOT is both maximum-adrenaline thrills and highly tactical – transforming the first-person shooter from a game about precision aiming and reflexive movement into one in which every twitch counted. The world is super-slow-mo until you do anything, which grants you the time to plan the move but leaves you subject to a devious puzzlebox construction in which one action leaves you vulnerable to some other threat. It is sublime, and it is impossibly cool.

Particularly in VR, where you are making those movements yourself – the ducking, the punching, the throwing, the shooting. The Matrix fantasy without any of the bilge – just superhot action. A glorious, glorious reinvention of first-person violence.

Where can I buy it: Steam, direct from devs ; Oculus store for SUPERHOT VR.

What else should I be playing if I like this: There are a lot of other VR shooters out there, but not much else compares. Play SUPERHOT. 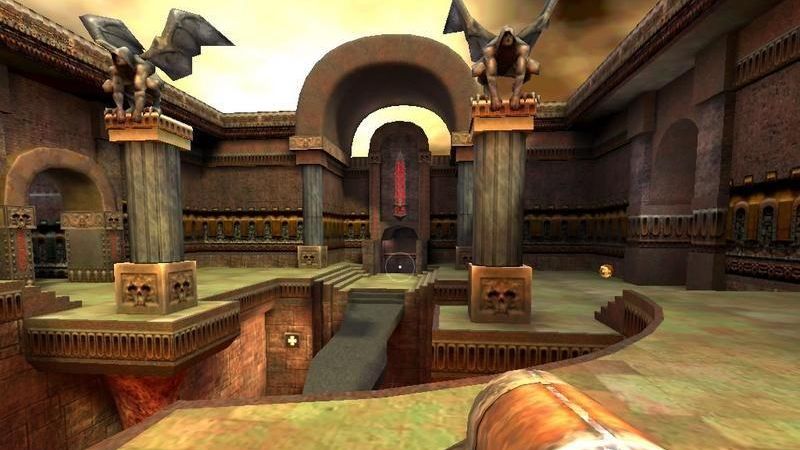 This pure multiplayer shooter, starring weapons which are the very archetypes of simulated violence, was deathmatch elevated to, if not an art form, then certainly high science. No frills, no superfluous weapons, almost nothing between you and movement, a pure test of skill and accuracy, great f—ing maps. It might have had these gothic sci-fi trappings, but Quake III could be colourless squares sprinting and bouncing around untextured paths and it would still be the complete, perfect shooting game it is. Developers Id, after creating the first-person shooter, perhaps also had the final word on it. That’s why they, as much as anyone else, so struggled for relevancy in its wake.

Notes: Quake III itself remains popular enough that you won’t struggle to find a match, but it primarily lives on as the free-to-play, browser-based semi-remake Quake Live. While this retains the majority of Q3A’s appeal and folds in a host of technical modernisations, if you’re a purist you may struggle with the changes it’s making in order to try and attract a less experienced audience. Of course, if you’re a real purist you’ll just play the original Q3A demo. Many still do.

Where can I buy it: Steam for Quake III itself, or free here for the base version of Quake Live, with optional payments for extra maps and whatnot.

What else should I be playing if I like this: You could give Quake Champions a go, the free-to-play moderno-Quake. 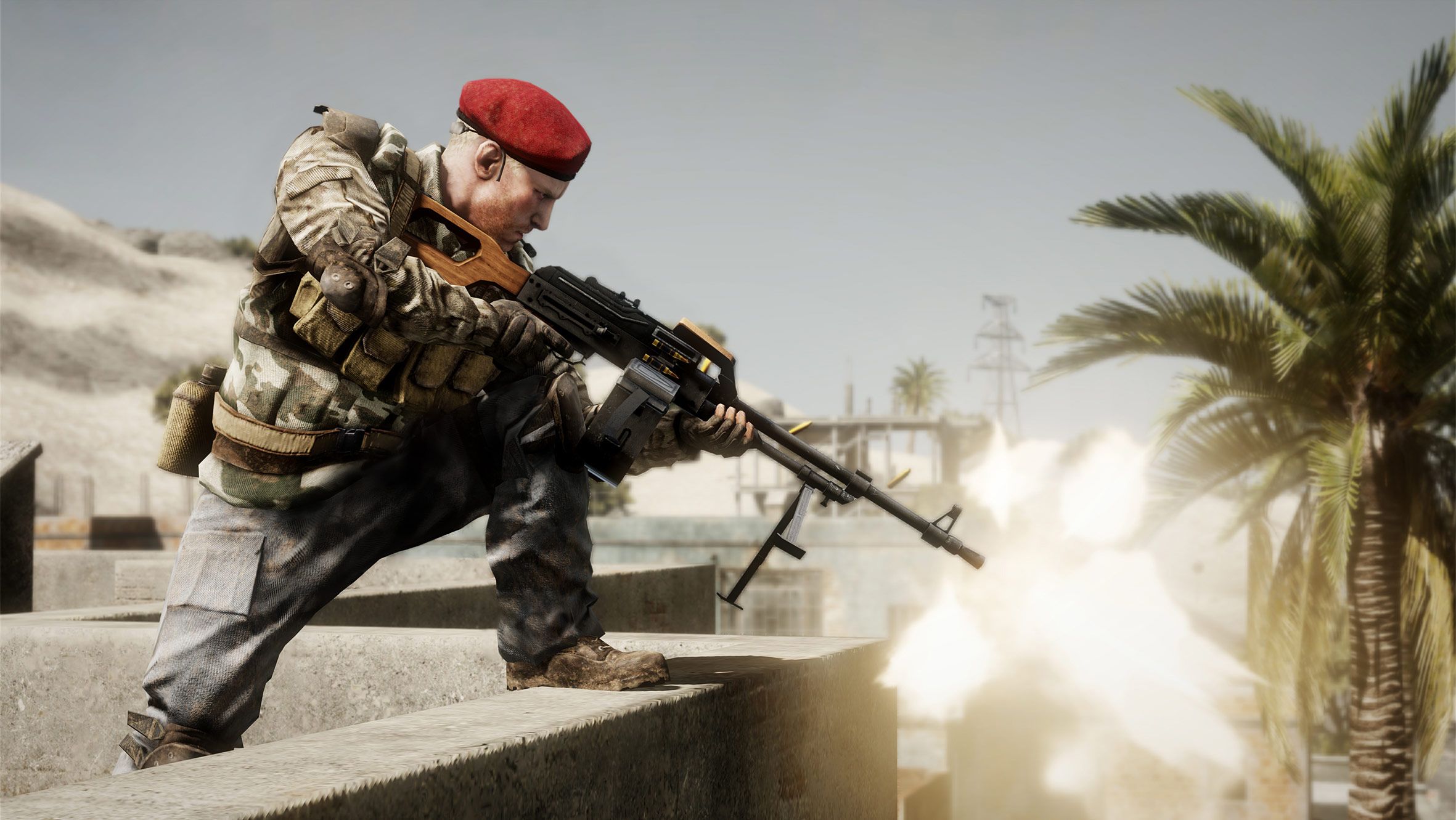 There’s been an overblown quality to recent games in the core Battlefield series, not helped by being saddled with turgid singleplayer campaigns trying too hard to butt heads with Call Of Duty, but the Bad Company spin-offs found new verve and focus. By which I primarily mean “you get to trash a load of stuff.” The capacity to blow holes in walls is probably the most thrilling and interesting element of BFBC2. You can use it to gain access to a building, to remove cover from the enemy, or just to feel like you actually destroyed something. As well as that, it simply feels tighter, more direct and more exciting than your vanilla Battlefields. Bad Company 2, the series highlight, is the Expendables rather than Tom Clancy, with a cavalier quality that injects it with far more life than more recent military shooters.

Notes: Even the devs don’t seem quite sure how to meaningfully follow BFBC2 up. As DICE boss Karl-Magnus Troedsson told Eurogamer last year, “Some people say this: the Bad Company 2 multiplayer is the best you’ve ever done. Okay, why is that? It’s hard for people to articulate what that is, which is actually hard for us. It would be hard to remake something like that.”

Where can I buy it: Steam, Origin.

What else should I be playing if I like this: The Red Faction or Just Cause games if you can’t get enough of trashing the scenery. 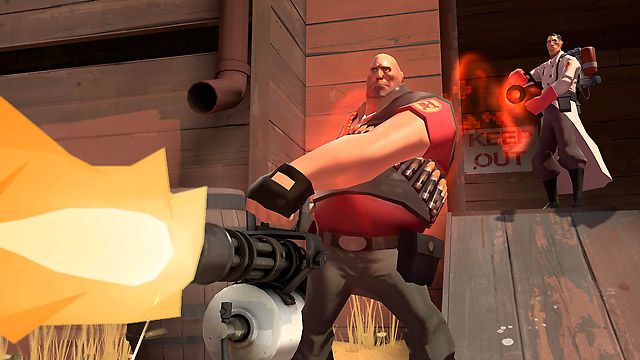 That Team Fortress 2 is a sequel and a remake of a sober-as-a-nun multiplayer mod seems almost irrelevant now. But it’s part of what makes the game so important. Valve took years and years to settle upon a model for what has become one of the firmly-entrenched favourites of the PC gaming fraternity, and that they did so allowed it to prove that a multiplayer first-person shooter can be funny, even witty, and that constant experimentation and progression can keep a game alive and evolving long after it should have ground to a halt. Team Fortress 2 felt like an experiment, and it still feels like an experiment, and that experiment was a success. A move to free-to-play and a hat-centric economy has kept TF2 thriving. The cost of this is that something of the original spirit was perhaps lost in this translation to gimmee, gimmee, gimmee, but we can forgive that.

Notes: A big part of TF2’s success and enduring appeal is the work Valve put into fleshing out a cast who would otherwise simply have been shootymen with funny accents. The Meet The Team video series is perhaps game marketing’s finest hour.

Where can I buy it: Steam. It’s free these days.

What else should I be playing if I like this: Overwatch, you fools.