There are a great many different competitive PvP modes available in Red Dead Online, but few are as intriguing and unique as Fear of the Dark – a limited-time Halloween-themed mode which pits six Hunters against two supernaturally powerful Night Stalkers in an objective-infused deathmatch. Learn the ins and outs of how to play and win as both sides in the below Red Dead Online Fear of the Dark guide, and you’ll need never fear the dark again. 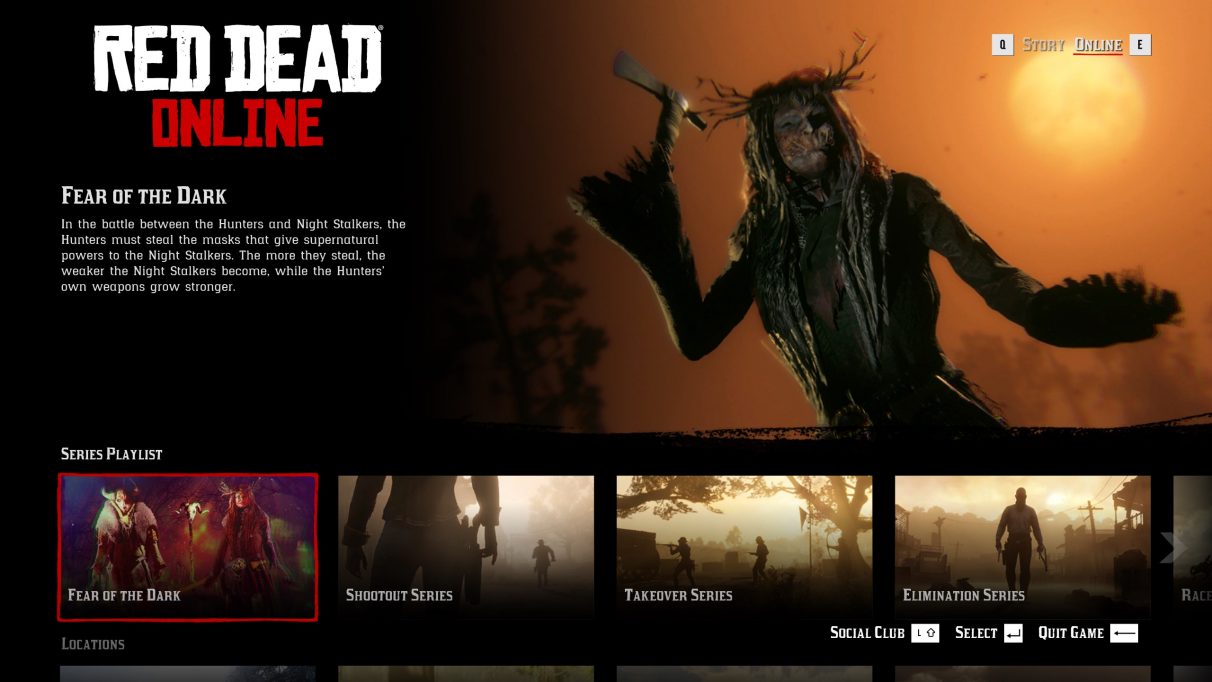 Fear of the Dark is one of Red Dead Online’s few asymmetric team-based modes. That is, depending on the team you’re on, you’ll have an entirely different experience, with different objectives and different abilities at your disposal.

The aim of the Night Stalkers is to kill all the Hunters or to survive until the end of the round. But, again, this is easier said than done, because although Night Stalkers are very powerful, they’re not unstoppable – and what’s more, each mask collected by the Hunters also acts as an extra life that can be used up to bring back a Hunter from the dead. And seeing as the masks are all spread out and it’s nearly impossible to defend all of them with just two players, it’s very rare that the Night Stalkers are actually able to kill all the Hunters. 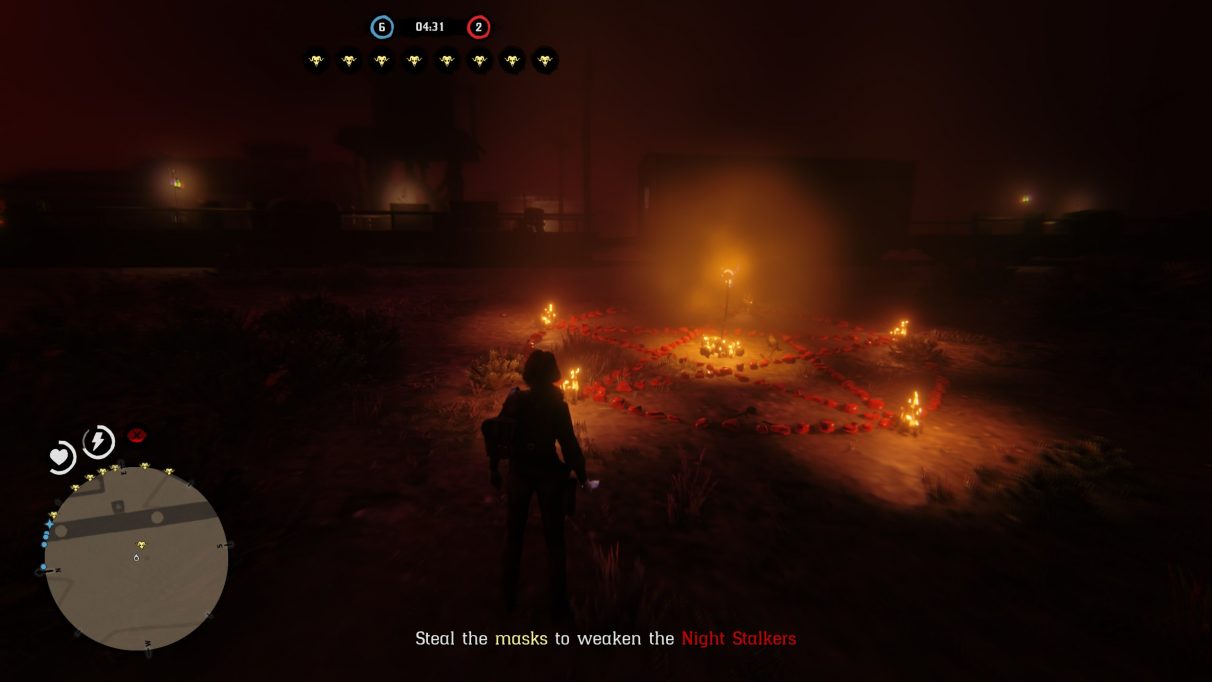 Tips for Hunters in Fear of the Dark

So let’s say first of all that you’re playing Red Dead Online’s Fear of the Dark mode as the Hunters. What are some things to bear in mind to maximise your chances of victory? 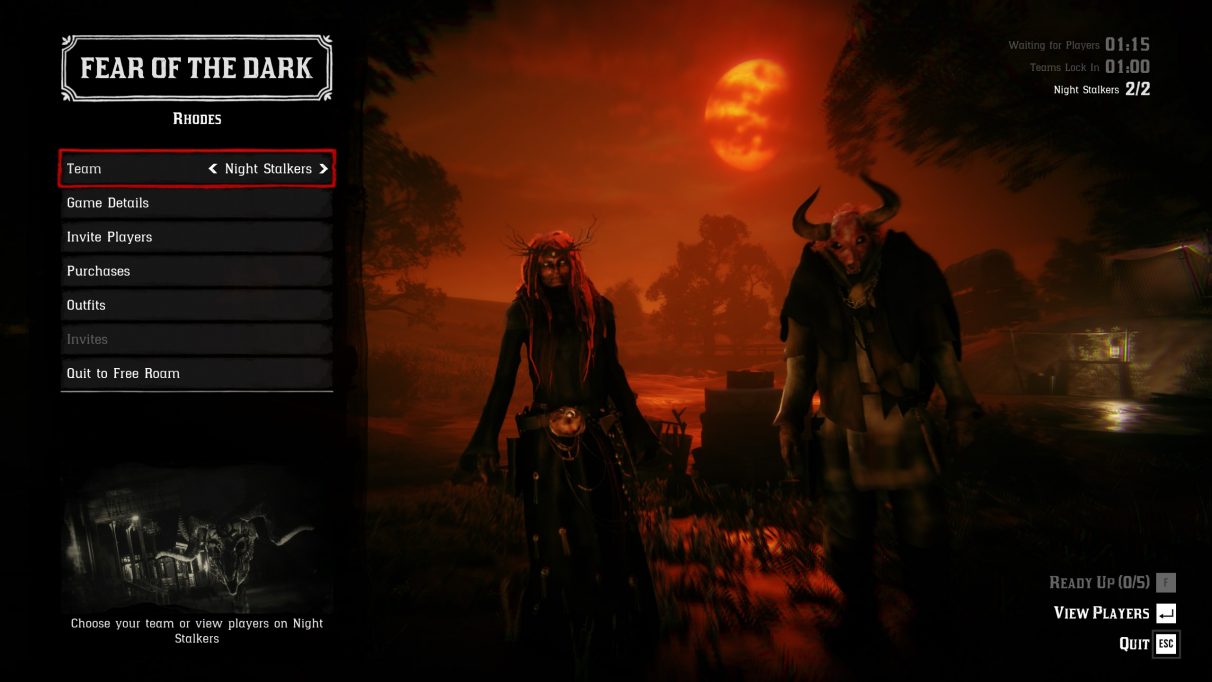 Tips for Night Stalkers in Fear of the Dark

Now, let’s look at Fear of the Dark from the Night Stalkers‘ perspective. Funnily enough, it’s tougher for the Night Stalkers to achieve victory than the Hunters – but it’s certainly possible, provided you bear the following tips in mind: 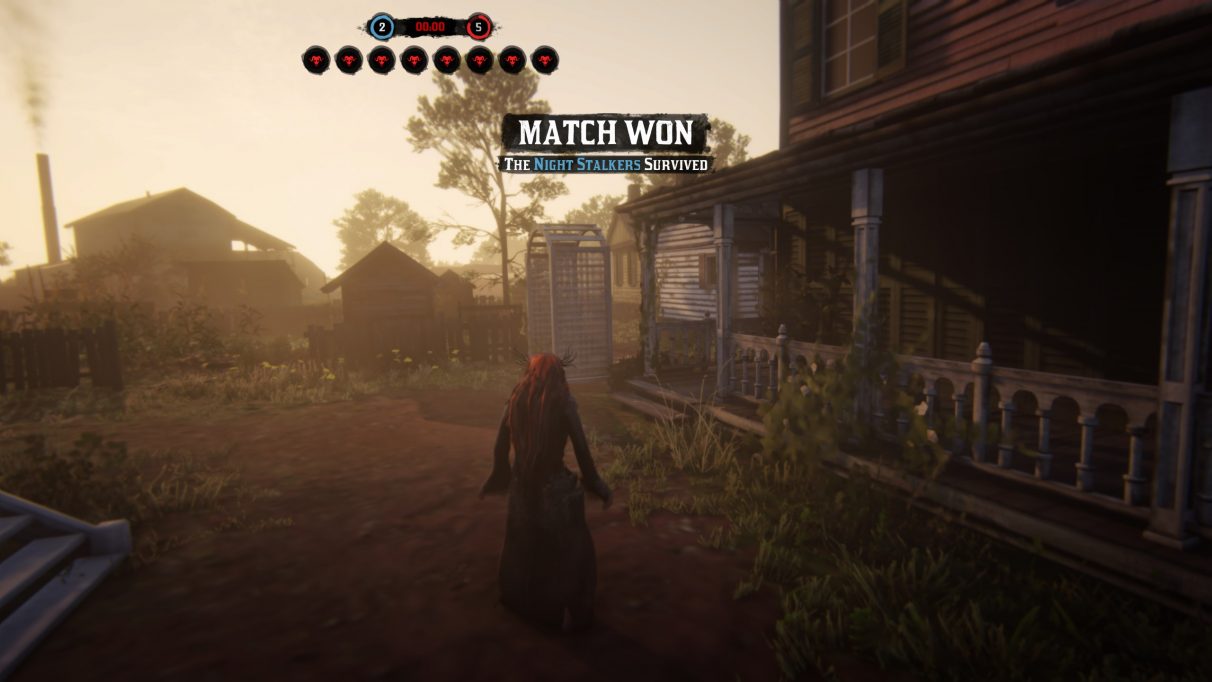 And with that, we’ll conclude this Red Dead Online guide on the Fear of the Dark PvP mode. But that’s not all! If you’re interested in finding out about the many other PvP modes available to you, look no further than our Red Dead Online modes guide for full details and tips!