I flew into a cobweb to see what would happen. There was a game in a magazine I had as a kid, you see, where you played as a spider. And if you caught a bee, you had to cut it loose in a panic before it could hurt you or damage your web. Here though, albeit seen from the other point of view, it’s a lot less scary. You get a long time limit while a presumably hungover spider slowly spirals toward you, during which you have to click while a fluctuating bar is in the green. Do this three times and you escape. Fail, and… well, you escape, but you’re dizzy for a minute.

Glancing down at the bee ring on my finger as I clicked away in the web, I began to realise that perhaps – bee fan though I was – I wasn’t quite who Bee Simulator was aimed at.

Let’s get it out of the way: “Bee Simulator” is a misnomer. This is more of of a Family Bee Adventure, and that’s… y’know, I can see a place for that. But this is not, in the strictest sense, a simulation of being an insect.

You play as a honey bee, in Bee Simulator, and you must gather pollen. Honestly, that was enough to pique my interest in the game. But even the simplest premise can drive a game in multiple, wildly different directions, and this one didn’t end up going down the track I hoped it might. It’s not what I wanted it to be, but then that’s fair enough, as it wasn’t trying to be. 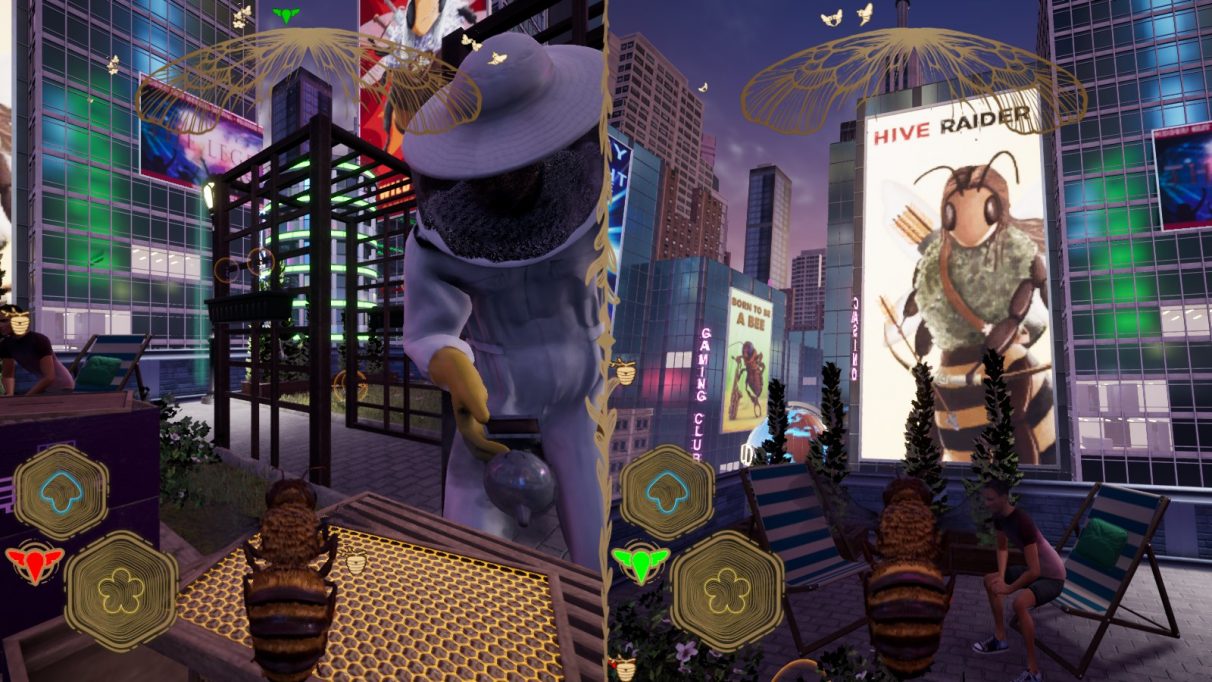 Varsav Game Studio really emphasise the micro perspective through which you see the world as a bee, and that’s definitely the game’s greatest strength. They’ve created a large and pretty park to bee about in, with its own zoo, boating lake, and miniature funfair, and buzzing around it all is a delight. After a brief tutorial and story introduction, you’re free to explore and, as mentioned already, your main job is to gather pollen.

This is easily done by touching one of hundreds of haloed flowers on the map, and there’s a gentle buzz (accidental pun, but I’m not changing it) to be had from slowly topping up your reserves before emptying it all out back at the hive. A tap of the ‘1’ key (or the right thumbstick on controller) activates bee vision, which highlights rarer flowers in a nice compound eye effect. Shift or shoulder buttons boost your speed using “beetro”, which you can replenish by sitting on sugary food.

Mostly though, you’ll be following story quests. These take you (a bee) through a little story about the hive coming under threat from humans, and needing to find a new place to move to. You’ll go to spots marked on your screen and talk to other bees, who’ll tell you more about how being a bee works, or ask for help with tasks. These tasks tend to resolve with minigames: directing lost bees with waggle dances (games of Simon), collecting from specific types of flower, fighting bees and rival wasps (straightforward rhythm challenges), and a few chases.

They’re all, well, fine. One of the races seemed to slightly glitch on me, but other than that, there’s not much to say about them. The fights and races get a bit repetitive, but there aren’t that many, and none last very long. The whole business is generally as lightweight as possible, and as I twirl my bee necklace between my fingers (the sign of a committed bee fan), I admit that this makes sense for the tone the game’s going for. 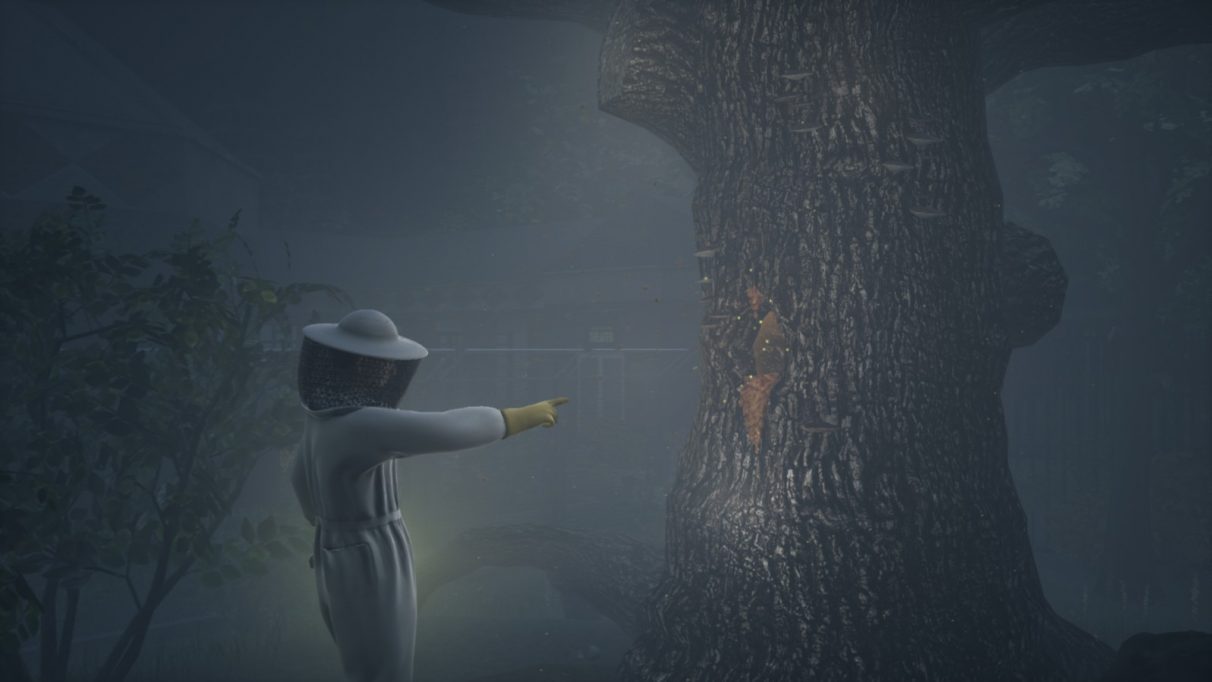 It all feels a bit like an educational cartoon. You’re gathering pollen because the hive needs food for winter. You waggle dance to learn from other bees where particularly good patches of flowers are. A hornet attacks the nest, and you have to hold it off until the hive can organise a bee ball (which, as far as I know, is something only Japanese honey bees do, but hey). Eventually you’ll scout about for a new hive site.

It’s all quite wholesome, and the mood is both cheerful and a little silly. Wasps are big sneering bullies, you keep pestering the queen for a promotion to scout, and there’s a nice bit where some humans rescue you from exhaustion with sugar water. Nothing dies – even the hornet simply gets beaten up and chased off, and none of the animals you encounter can attack you, at least outside quests. 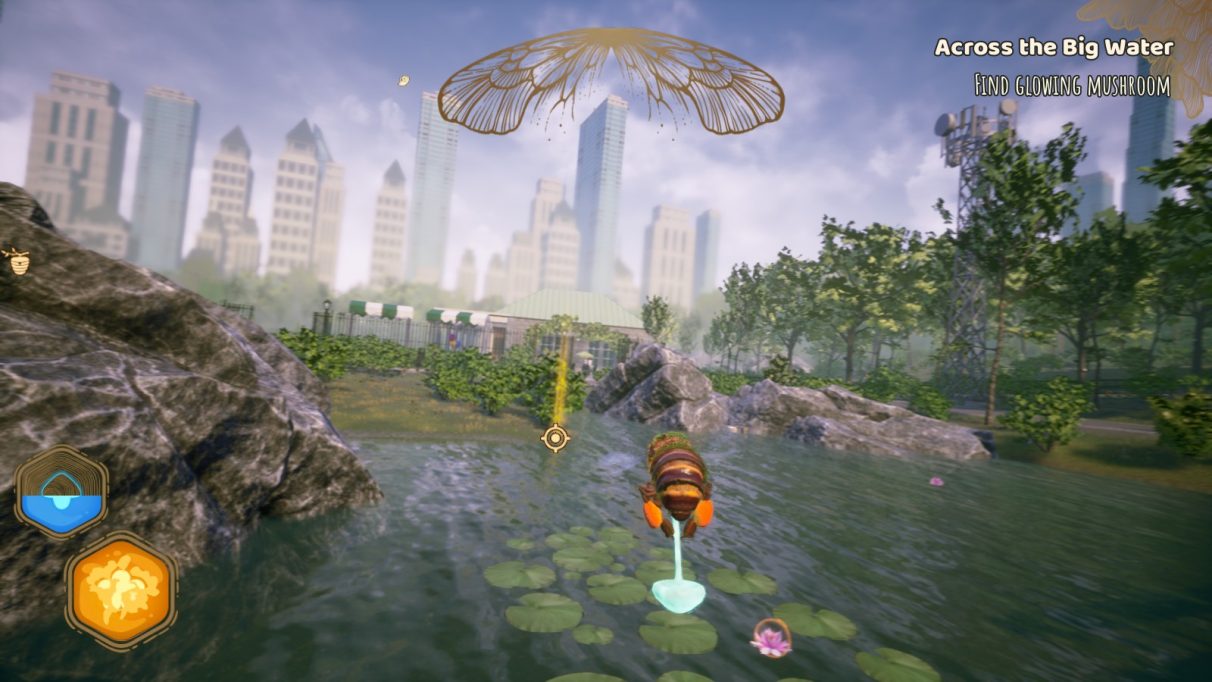 The trouble is, I muse, idly adjusting my bee earrings, that’s kind of it. The park is teeming with humans and a quite absurd variety of wildlife – but none of it reacts to you, beyond some of the humans waving their arms a bit. You can sting, but it doesn’t do anything outside some side quests where you sting a flower-trampling child in the face (I am entirely in favour of this moment), or pop balloons for no real reason.

Some of the sidequests are a bit more involved. I enjoyed the one about helping some friendly ants get across some water, as the ants worked their ant facts into the chat well, and there’s a nice bit where you can accidentally fly into a house and have to escape. Mostly, though, it feels limited. You can land on some surfaces and crawl about, sometimes upside down, but there’s no real reason to do so. Delivering pollen grants points that can unlock statues of the animals you’ve encountered, along with a few simple facts about them. It can also unlock different bee skins, and I was charmed by the option to wear a traffic cone or pirate hat.

But here I am, listing things bee simulator does, and finding they lead to not-very-much. That honestly isn’t to damn it, either. There really is a strong, simple pleasure to flying around, particularly at high speed, and basking in the warm ‘collect the orbs’ glow from pollen collection (although once the story’s finished, the new hive doesn’t let you drop any pollen off, so you’re stuck with a legful of yellow dust and never-ending prompts – I hope this gets tweaked in a patch). Often, I enjoyed just taking time to sit on a cupcake or apple and look around, taking in the park from my unusual perspective. 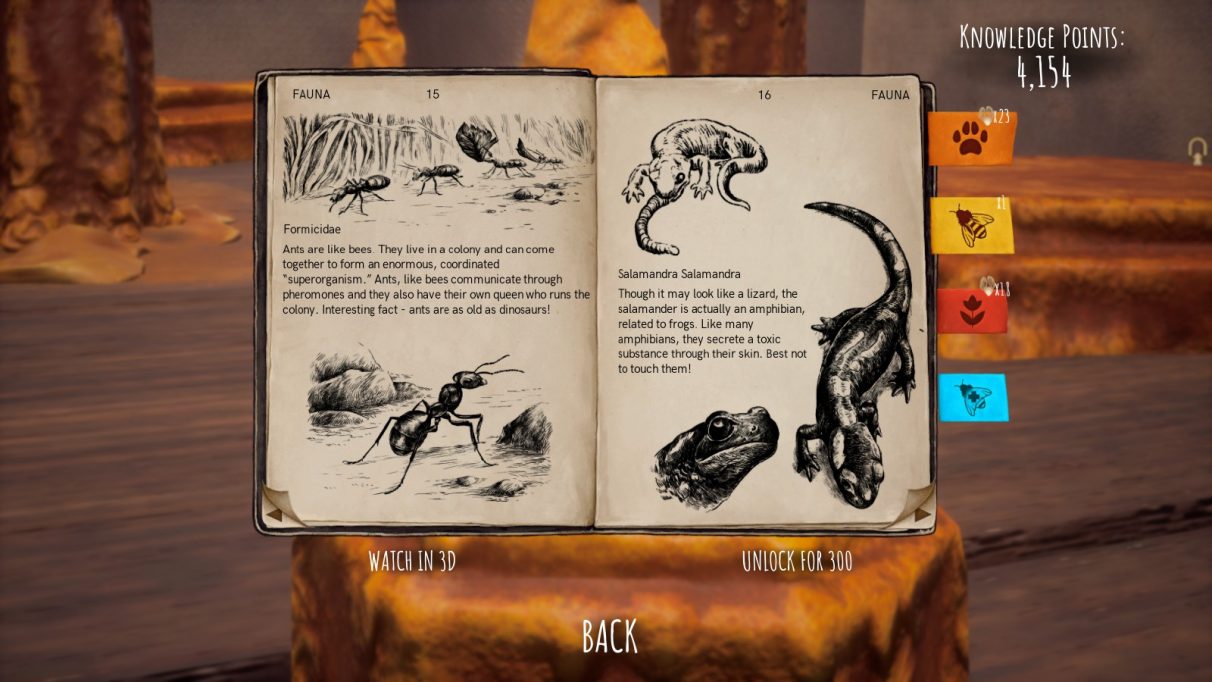 As I said at the start, it’s just not really meant for me. It’s all… fine. I can’t really recommend it beyond its being a pleasant enough child-friendly diversion, but it feels cruel even to judge it that harshly. There’s certainly a good afternoon or two of harmless fun in it. There’s a split screen mode too, with its own maps full of co-operative and competitive challenges, which I can absolutely imagine annoying my sister on.

But the true, ideal bee sim remains out of sight. A full-on “be a bee” game is honestly one of my dream games (see also spiders, wasps, and ground bees, possibly all in the same impossible game), and I’m sure I’m not alone. The appeal of being a humble, vulnerable bee going about their business in a more detailed, freeform way seems obvious. Bee Simulator has its upsides, but this just isn’t the one. My bee t-shirt, and I, are still waiting.