I come and go on which of the two KOTORs I should most recommend. The first is so much more stable and complete, but the second’s the more interesting and complex tale. So, having put KOTOR 1 in the general best games based on movies feature, this time around I’m going for Obsidian’s more compellingly written and characterised sequel to Bioware’s original.

While it is in many respects very similar to its predecessor, that’s not such a problem if you didn’t play KOTOR the first (although you’ll lose the excitement of appearances from that game’s cast). Perhaps more importantly, it works hard to make its characters more nuanced than KOTOR’s good/bad/comedy cast, with even its major villain being, if not fully sympathetic, then at least possessing far more shades of grey than the Sith norm.

As far as singleplayer Star Wars RPGs go, this is still the highlight, though you’ll need to manually fix it up if you want to have a decent time with it.

Notes: KOTOR II was in a very ropey state for quite some time, including not officially playing terribly nice with modern PCs and monitors, but in 2015 the Steam version received a shock patch which improved things significantly. You may need to do a bit of addiontal work though – we ran a guide here. If this isn’t your first time around the KOTOR block, you should probably give the Restored Content Mod a try too, which inserts cut, unfinished aspects of the game. That stuff isn’t as slick as can be, but it does shine a little more light on what KOTOR II was trying to do. 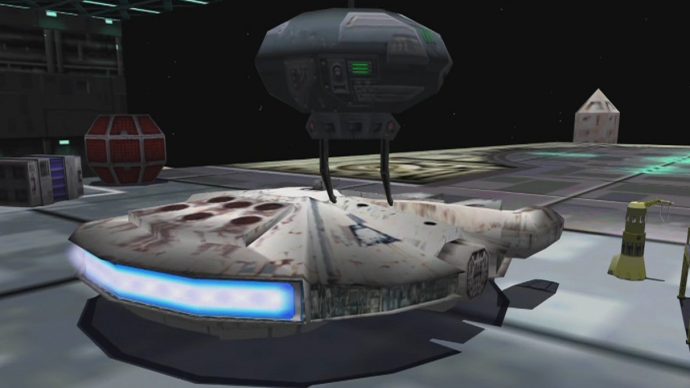 It’s not the best in the Star Wars space sim series, but it’s the first fully-3D one and as such it’s the one which is holding up best, mostly thanks to the hard work of modders. Crucially, it’s also got an ongoing multiplayer community, which is where to go if the new Battlefront games’ lightweight spaceship elements leave you unsatisfied. It even supports modern flight sticks.

X-Wing Alliance might not have the narrative punch and playfulness of TIE Fighter, and admittedly there’s only so much even the mods can achieve in terms of sparkliness, but as a solid, even fairly detailed Star Wars space combat game, this is absolutely as good as it gets. It’s a travesty that the series stopped here: one of the most tragic casualties of the prequel/Clone Wars era.

Notes: There are quite a few mods kicking around, but the one you most want is the XWAU Craft Pack, which re-textures all the ships to look a whole lot better. However, there’s a ton of other trickery involved in getting the thing running right – fortunately for you, I wrote a guide to all that a little while back. 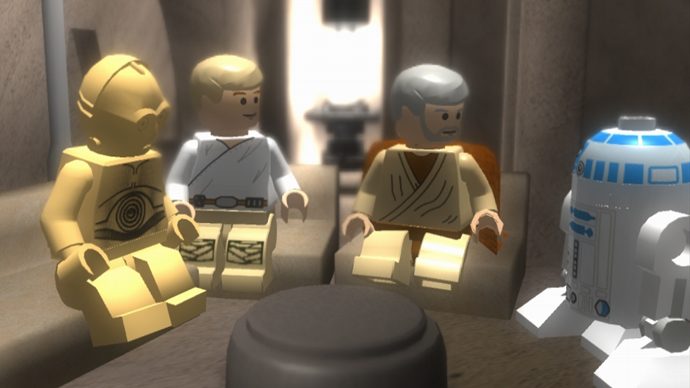 At a time when all things Star Wars seemed deeply, perhaps inescapably, bound into the characters and aesthetics of the prequels, an unabashed celebration of the charm and silliness of the original movies was just what we needed. Lego Star Wars also blazed a trail, its developers since able to create endless Lego+pop culture fusions without any significant failures. It was in finding a way to boil the saga down to pure character, a perfect halfway house between affection and mockery, that Lego Star Wars most succeeded though.

It’s a pure, unashamed celebration, free from any idea that it had to embrace either lore or darkness, and packing more charisma into one scene than Episodes I-III managed across their entire duration. It even folded in the toy collection/destruction aspect of Star Wars obsession which so many of us had back in the 80s.

Notes: Only now available as part of a package including the prequel adaptations, but even those are far more glorious than the source material possibly deserves. Also, play it in two-player, shared-screen mode, ideally with a young family member, for maximum entertainment. 71 Megabytes. And so, so much more satisfying than Battlefront’s 27 Gigabytes. Incredible, really. I had an almost overwhelming urge to put this at number one – although, in all honesty, this is more of an ‘all of these are good’ piece rather than an actual hierarchy – but I went back and played quite a bit of it first. While the pew-pew’n’explore shooting, the Death Star decor, and the enemy animations are SO GOOD, and somehow so much more Star Warsy than any of the 3D things here despite the blurry 2D sprites and reedy MIDI soundtrack, the level design is ageing uncomfortably

In its defence, it came from an era when cavernous, repeating mazes and keycards were, thanks to Doom, what was expected, but, after the shooty-bliss of the initial Stormtrooper-slaughtering pass around a level, anyone who isn’t intimately familiar with the game will be wandering around in confused circles trying to work out which identical door they haven’t been through yet, which takes a terrible toll on the pace. What Star Warsiness the delightful blasters and the industrial design has in spades is lost by the fact it can’t retain the forward momentum that characterises the original films. Wide open spaces are infinitely preferable to latter-day shooters’ linear corridors on paper, but in practice require something more than broken spirals of illogical walls and steps to nowhere. Nostalgia makes many of us olden game-gonks forgiving of this stuff, but this is a feature about the best Star Wars games for everyone. Difficult.

Even so, Dark Forces lands the most effective nostalgia-punches of anything here, both in terms of FPS history and just how on-the-nose its recreation of blasting Stormtroopers in Imperial bases is. It’s even more of a big, warm hug from the past than The Force Awakens is, and in short bursts its action is as good as Star Wars evocation gets. Just avert your eyes when laughably none-more-90s protagonist Kyle Katarn appears in cutscenes.

Notes: The DOSBox-powered Steam and GOG versions are OK, but you really should give it a spin in the DarkXL fan mod/engine, which makes it both look significantly prettier and tightens the controls for the modern era. If you’re using it with the Steam version, you’ll need to copy the files out to a directory without any spaces in the name – e.g. C:\dark – otherwise Dark Forces will crash on launch.

Buy it: Steam or GOG

The best Star Wars game awaits on the next page.

Lego Of Tradition: On Traveller's Tales