For good and janky ill, Freeman: Guerrilla Warfare hews very close to the design TaleWorlds came up with in Mount & Blade well over a decade ago. It puts you in a fictional modern land of warring factions, free to wander about on an overland map with a few dozen towns, lots of armies and bandits and so on. You can do what you like but really it’s just a framework for lots of pitched battles as you hire and direct a band of soldiers to fire their guns at whoever you feel like.

But that’s not important. What’s important is that unlike M&B, it lets you manually equip all of your lackeys. And you can make them look cool as hell. Wars are not won on the battlefield. They are won in the wardrobe. 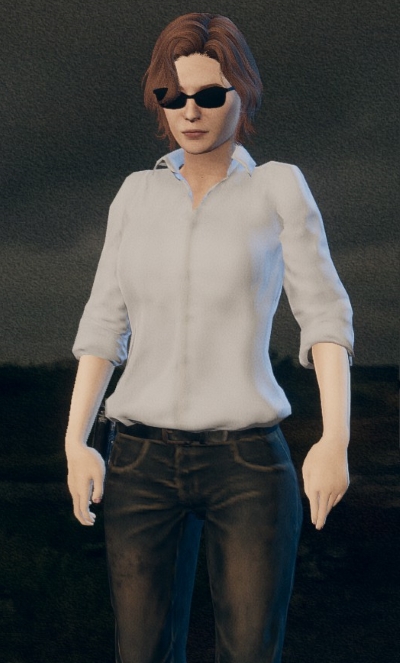 After narrowly escaping a bandit raid, I spent some time learning the ways of war from the Valkyries, following their armies and picking through their scraps. In time I had learned enough to strike out. Thus began the reign of the revolutionary known only as the Gull, seen here sporting her signature “arms dealer chic” look. Or possibly “transgender Edward Furlong”. 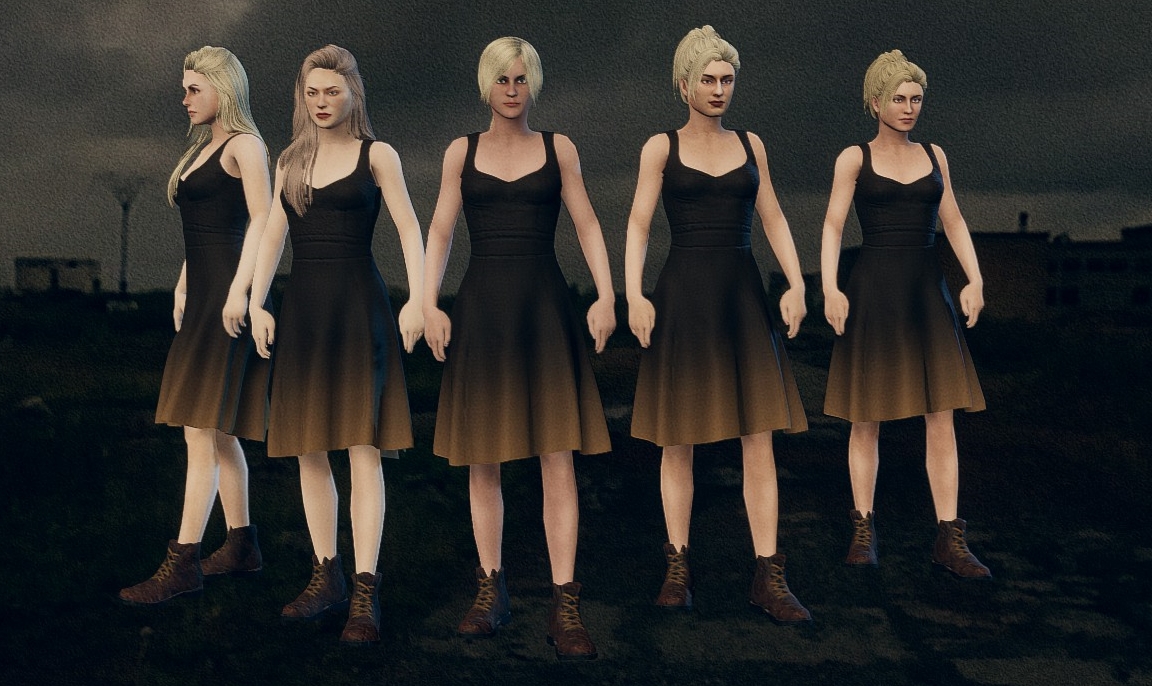 Recruitment wasn’t difficult. Almost every village had frustrated women (and boring, unnecessary men) itching to wear something other than the exact same weird brown dress they all start with, and also to kill some people. With some encouragement, they soon learn how to excel on the battlefield. 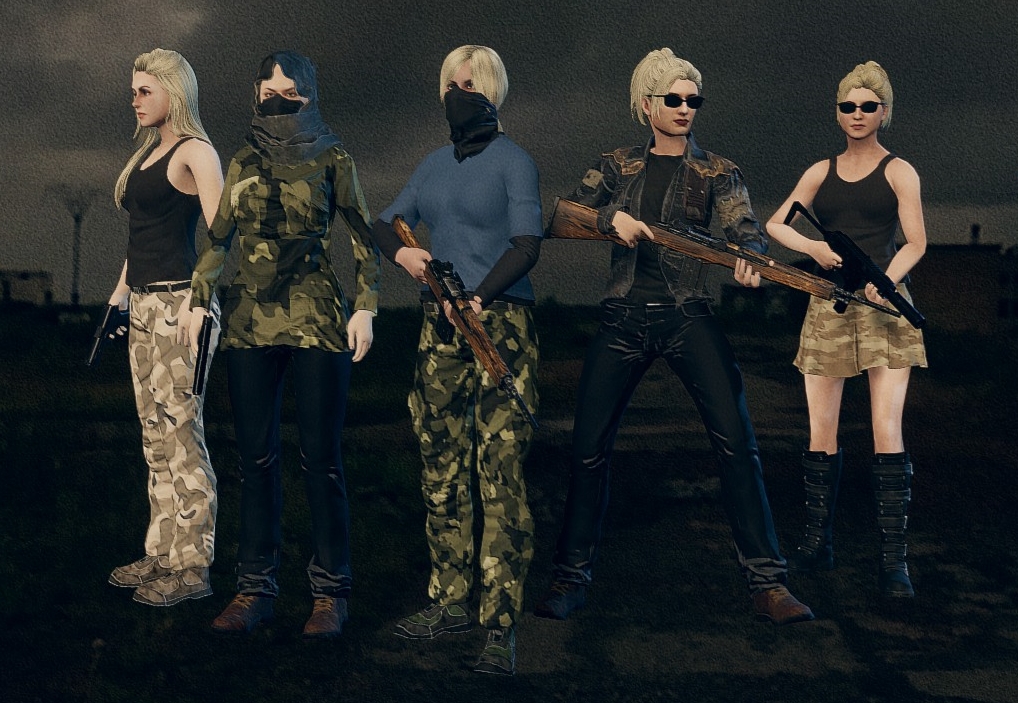 Mikaela here wears a … red? I think? A tank top, anyway, with a navy blue thigh-length skirt. And knee-high boots. And sunglasses. At night. In the snow. Can she be stopped? She cannot. The power she displays borders on Geordie levels of unstoppable ice wizard, and you won’t find that in the Art of War. Sun Tzu was a hack. 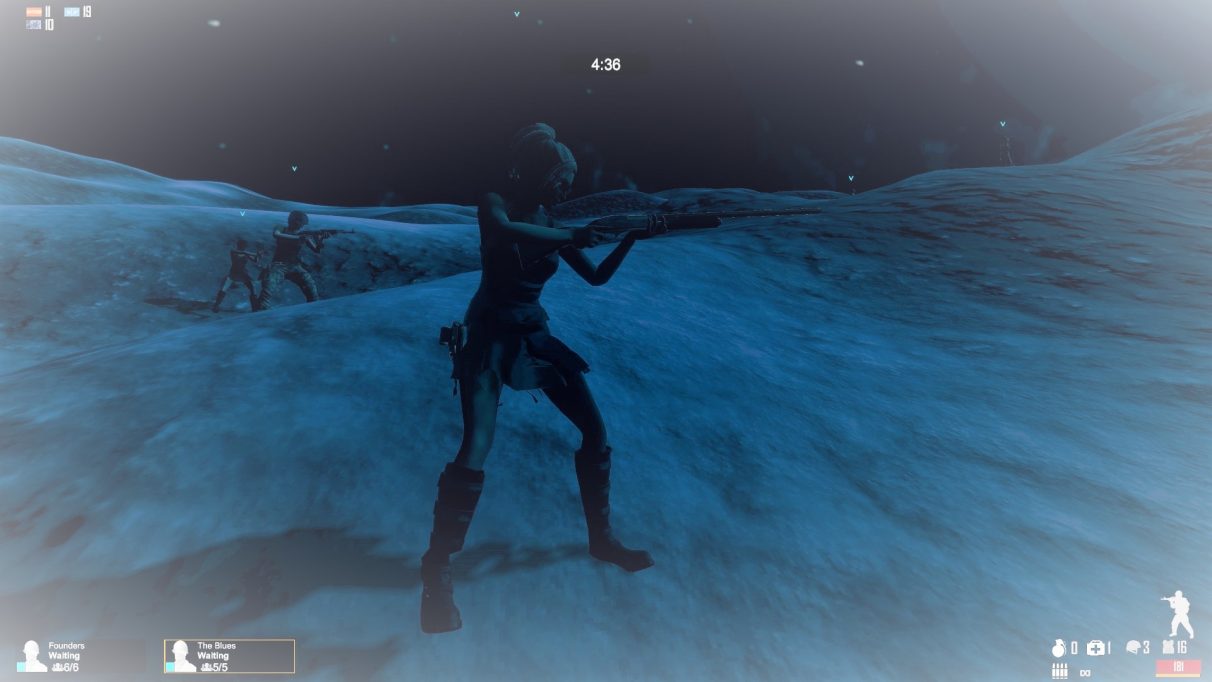 “My fashion is augmented.”

Even the simplest of tactics is doomed without co-ordination. That’s why Elaine wears a black undershirt to complement the popular black strappy boots. Further back, Ulyana’s tieback, combat shotgun and chequered shirt combo exude a powerful bisexual energy. 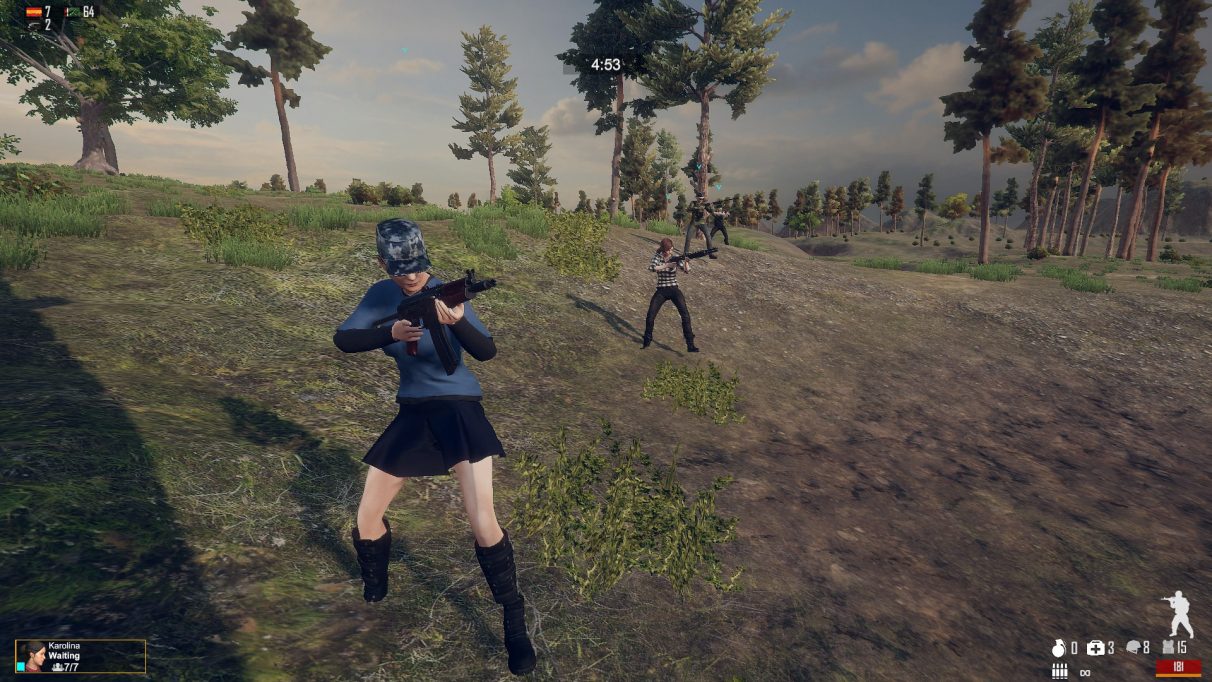 Wait until you see the whites of their burberry, gang

In their enthusiasm, some of the recruits even eschew weapons, relying entirely on sheer sartorial power to overcome a hail of incoming bullets. Their memory will live on, although unfortunately not their turtlenecks. That’ll never wash out. 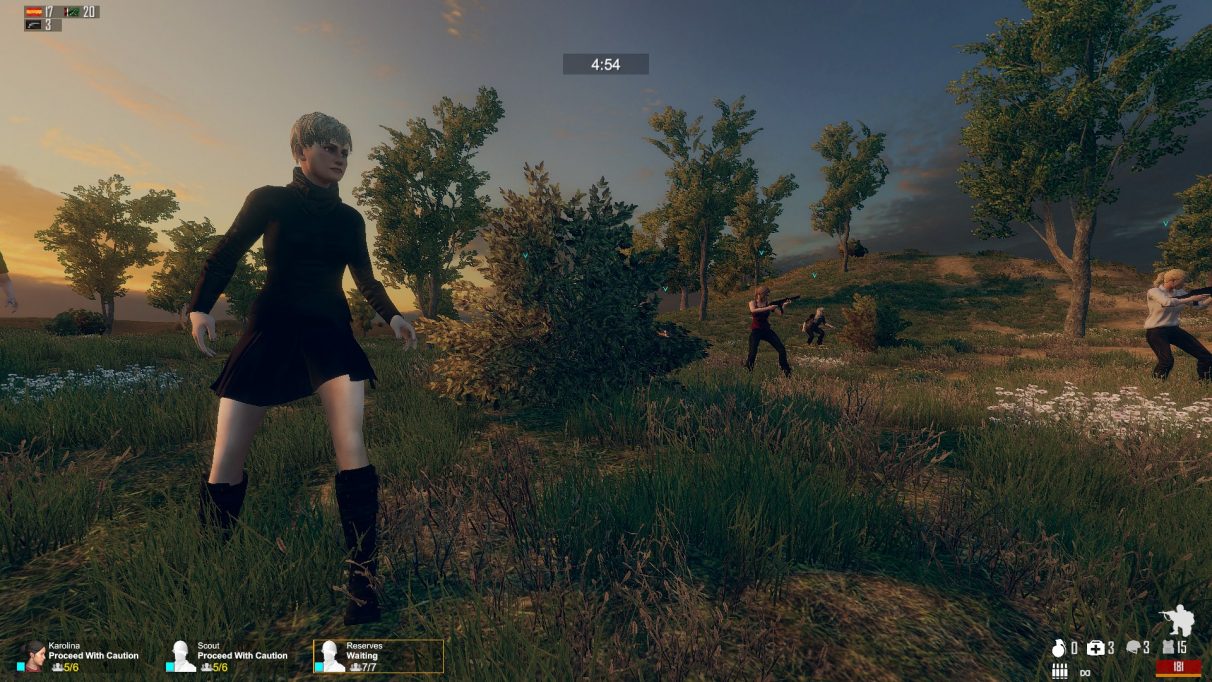 At times I wonder if I’ve gone too far. A skirmish with some pirates is interrupted by an urgent message from a lieutenant. One of the recruits has paired a daring orange tank top with a sickly tan bandana. “You call that a glow up?” shouts her trainer, brandishing her rifle. I make a note to adjust basic training to allow for such clumsy experiments. You have to give these things a chance. Sometimes it’s how you carry it, you know?

In time the young recruit must learn to slay on her own. 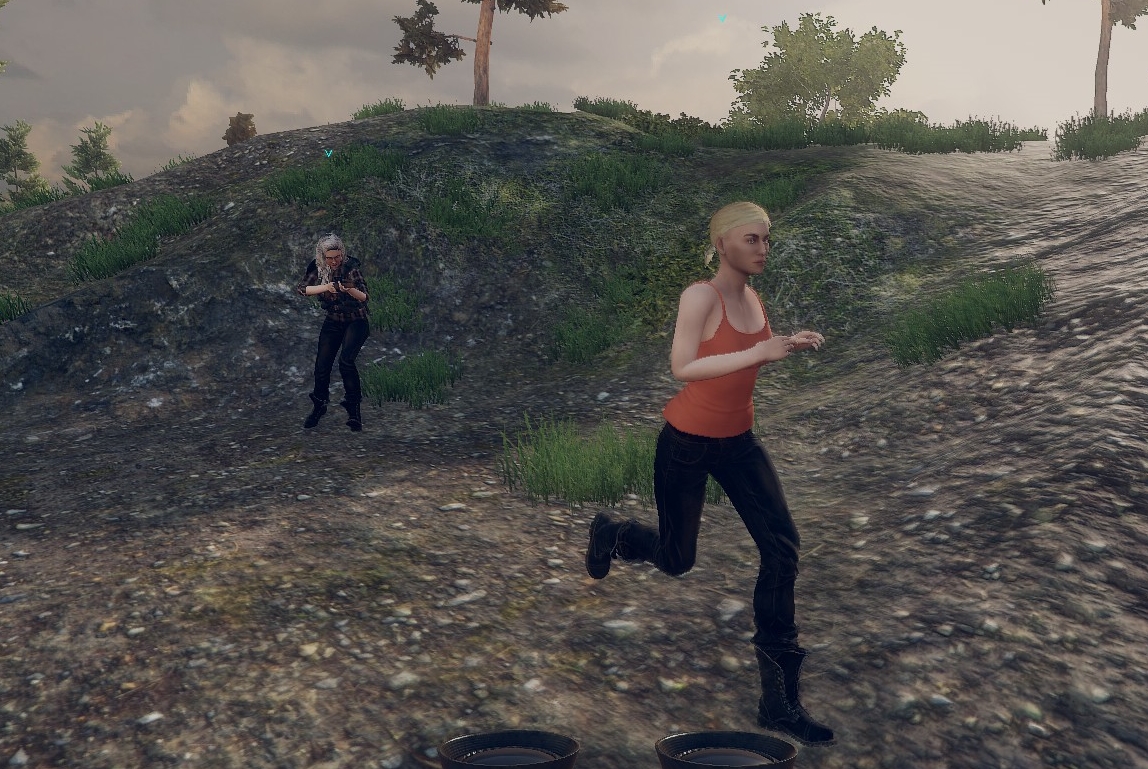 I plan the maneouvres of our three squads, well aware that we are exposing our flank to a counter-attack. But the more important tactical concern weighs heavily on my mind: do we clash? 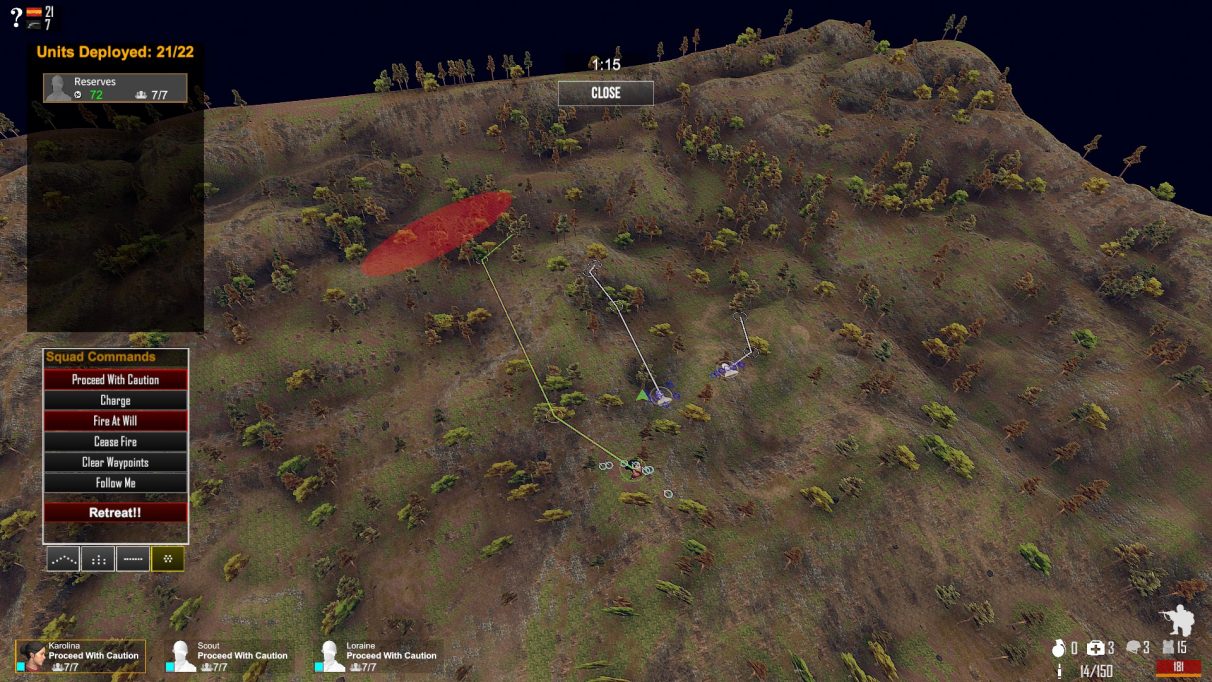 As we take on bigger fights, we gain captives to ransom, and free hostages from our enemies. Among them is a woman who clearly needs our help. Green leggings and blouse? Oh, honey. You can be so much more than this. We reach out and make an offer. 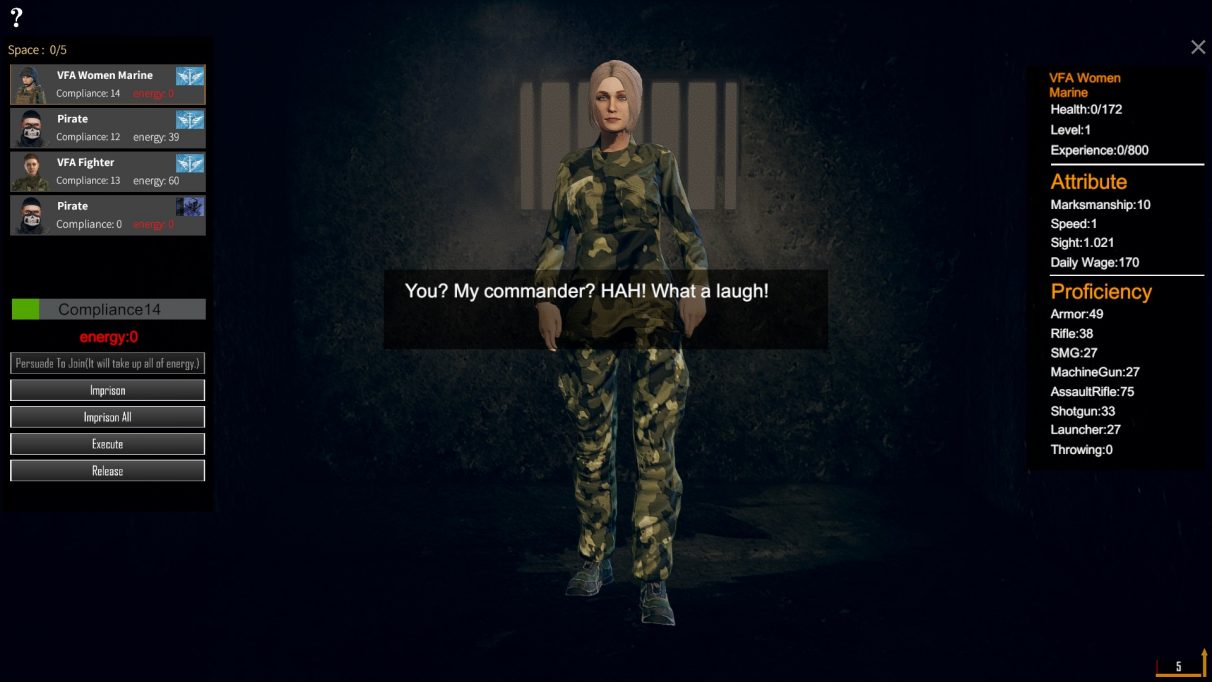 She’s in too deep. Some decisions are easier than others.

We can’t save everyone. But damn it, we can look good trying. 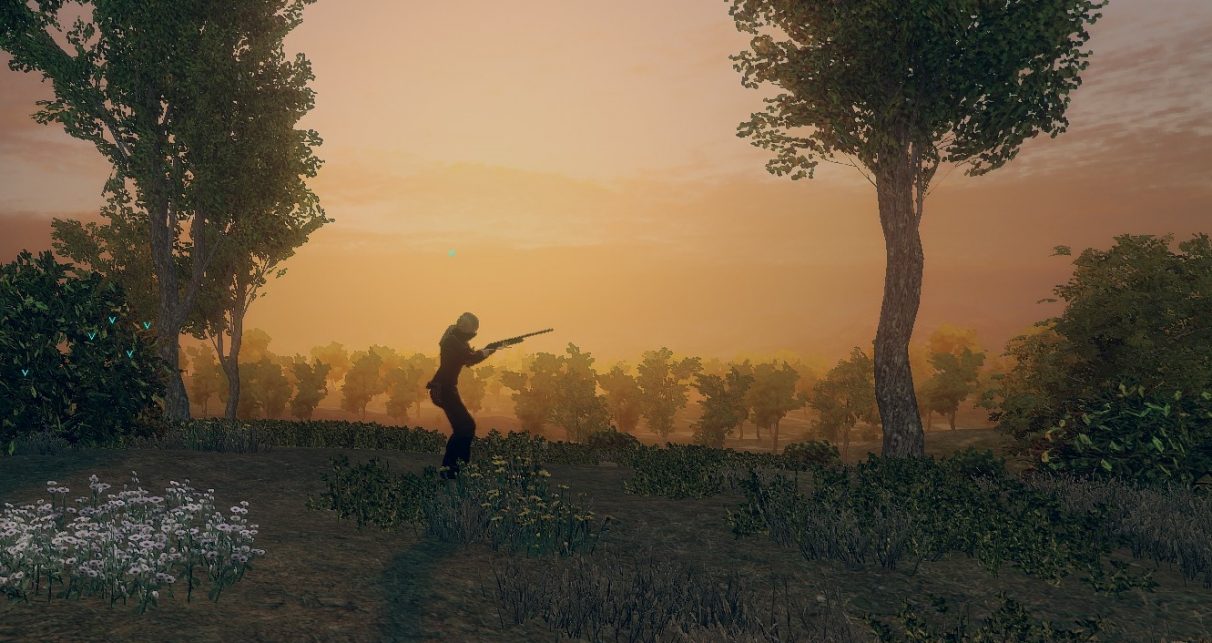 Some corner of a foreign field that is forever fresh

Freeman: Guerrilla Warfare is Mount & Blade as an FPS