When half the town was gone, an interloper appeared in an empty house. His name was Whitely and I still don’t know where he came from — he just arrived. Perhaps he saw an advert in the local paper for a house sitting vacant: “Previous tenant spontaneously combusted. Ready for immediate move-in. No questions asked.” He needed to be dealt with.

It should be evident that Whitley was an unexpected obstacle for me, and I thought it would be a mercy to kill him myself. Short, sweet, and to the point. Over 20 Sims had died in this neighbourhood already — what was the crime in having a more active role in this one Sim’s individual death? It is nothing new to trap a Sim in a windowless room, to prune a neighbourhood and maintain order. So that is what I did: I deleted a door and went on my way, confident that there would be one fewer Sim in a mere matter of minutes. 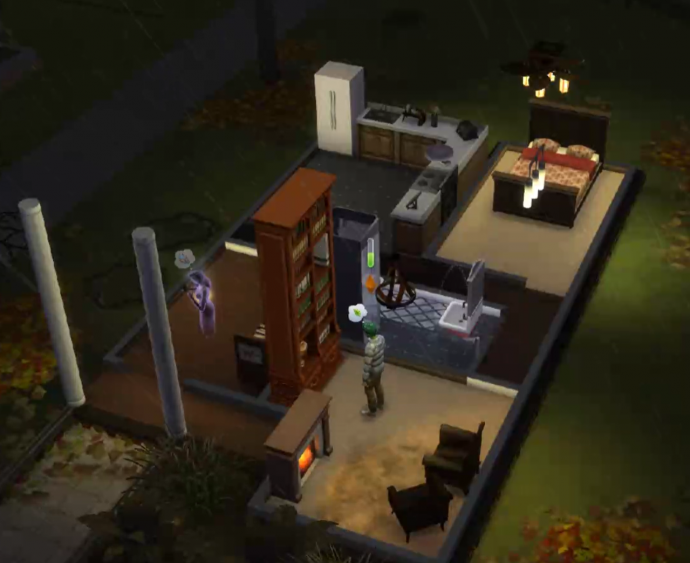 Yet, in pursuing this project, I have learned that Sims do not want to die. Instead of neatly keeling over in discernible patterns, Sims take every opportunity to resist and live their lives, making do underneath the pressing thumb of my death-driven regime. When I checked back in on Whitely, he had escaped his prison. He was totally fine. In fact, he immediately went for a jog. 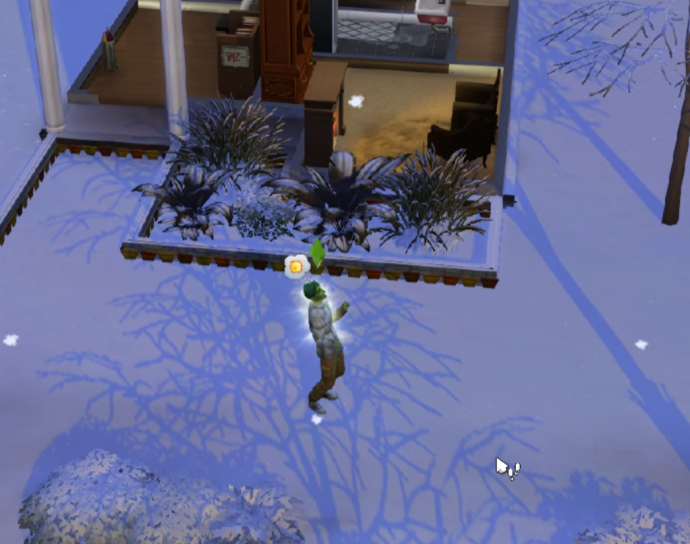 “Ugh,” I grumbled to my partner while dragging Whitley back into a new, improved prison. “Now I have to keep an eye on him until he dies.”

“Well, this is a little ghoulish,” they said, as Whitely paced back and forth in his 10×4 square.

“Hey, this whole experiment is ghoulish,” I said.

So I built him a house in a different neighbourhood (Glimmerbrook), plopped him there, and tried to forget about him.

Following the Whitely Incident, I moved on to the rest of the experiment as intended. I saw many Sims into their later years: the Becarras went grey-haired but still loved to grill, Anabella Light got a roommate to fill the void her parents left behind, Dominique Christian got a dog. I tried to meet every Sim’s life ambition before they died. The Cains, for example, adopted a baby boy named Thomas in an impromptu exception to the no-interlopers rule; my attempt at helping Ulysses Cain fulfil his life’s goal to be a super parent. Shortly afterwards, Ulysses was abducted by aliens. C’est la vie.

When Sims began dropping like flies, I started to intuit a couple of things about how death works in-game. Once midnight hits, the game runs a quick check on the Sims in unplayed households, and picks off a few of-age residents. Between the in-game hours of midnight and 3:00 A.M. I’d watch death notifications pop up, one after another, in a ruthless cull. I learned that there was almost no pattern to who left behind an urn or gravestone and who didn’t. Sometimes I would return to a Sim’s house to find a ramshackle graveyard, and sometimes I’d just be looking at an empty house. Dominique Christian vanished without a trace. So did Alfonso Wilcox. An entire house of investment bankers went without so much as a peep.

I learned that grief and mourning in The Sims take peculiar shapes. Some Sims, like Tiffani Becarra, were fine when I checked in on them. Tiffani didn’t seem to be particularly perturbed that her wife had passed away, unable to fulfil her dream of being a professional bodybuilder. In a frantic effort to pursue Tiffani’s goal of being a published writer after her wife’s death, I sat her down at the kitchen table and she wrote three books in as many days in a caffeine-fuelled haze: Body Builder Dreams And Other Things Which Never Came To Pass (a short story collection), Lots Of Different Ways To Grieve (a book of poetry), and What To Do When Hope Is Gone (a children’s book). Other Sims, like Bryanna Rockwell, would head outside to sob violently at the cluster of gravestones in her front yard. She’d go over to other people’s houses and cry in their front yard graveyards. The ghosts of her parents haunted her well into adulthood, wrecking her plumbing and breaking all her kitchen appliances. Death moves us all in mysterious ways.

When my Sim count was finally down to seven, the game broke. I went to load the game, and it crashed over and over again. Was it the consequence of too much death? Too far gone in its ennui? Or perhaps it was the mountain of mods I’d installed and forgot to move when the game automatically updated? The world may never know. Either way, I had to restore a backup save and put it into a new slot. And the timeline splintered: My Saved Game 5 and My Saved Game 5 [Recovered]. 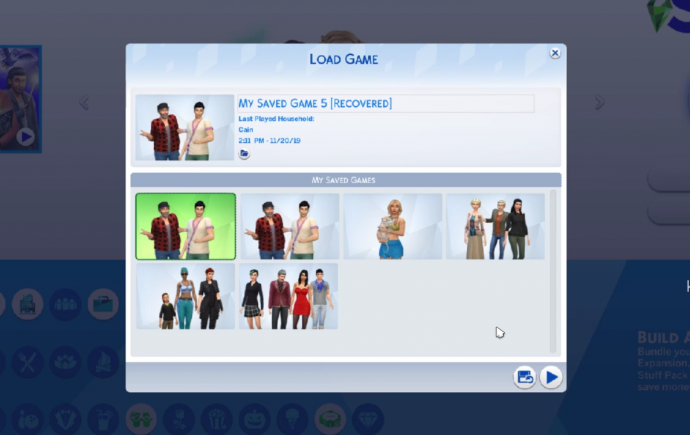 I carried on in My Saved Game 5 [Recovered], exhausted. Carolina and Tristan died. So did Tiffani. Jayden and Kamden passed. I was left with Cheyenne Thayer and Thomas Cain, the neighbouhood’s adopted son. They were close enough, Cheyenne and Thomas — sharing meals, grief, and the odd birthday party. He was there for her death, too. And then there was one. 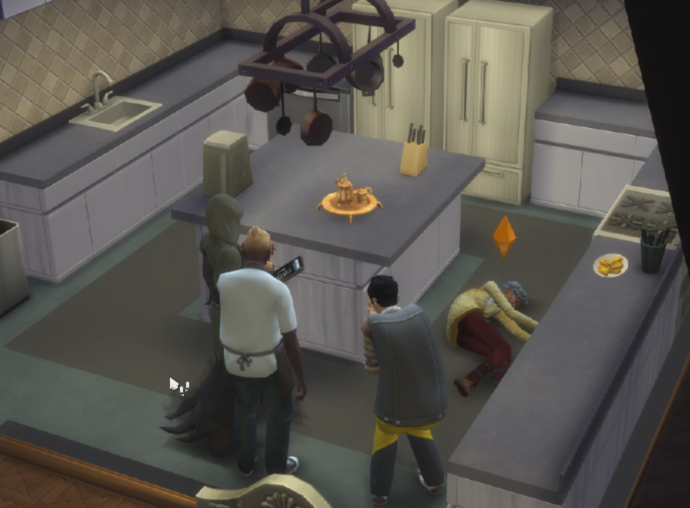 Some NPCs were there, too. They didn’t like it either.

Thomas Cain was an interesting conundrum. He hadn’t been a part of the original experiment, but he had been there for almost all of it. He had grown up in a neighbourhood which wasted away and never changed, never grew, and never saw their dreams fulfilled. All of his friends were ghosts. There was no one to invite to his birthday, and he was still a long way off from death.

I got him a cat. It seemed the most merciful thing to do.

Then, I remembered Whitley. Sweet, sweet, Whitley just a neighbourhood away. I decided I would take Thomas there and let him live out his final days with the only person who knew what he had been through. He just had one final, solemn, quest: a grim, uncomfortable vigil through a thunderstorm to collect the remains of as many Sims as he could. House by house, his inventory slowly filled with gravestones. It continued to rain. The game began to drop frames, chugging along under the weight of it. Still, we persisted.

When Thomas’s mission was complete and he was safely at Whitley’s, he was exhausted. I couldn’t blame him when he collapsed, wordlessly, into Whitley’s bed for a nap well-earned. I took the job of setting up the graves in Whitley’s backyard in neat little rows. 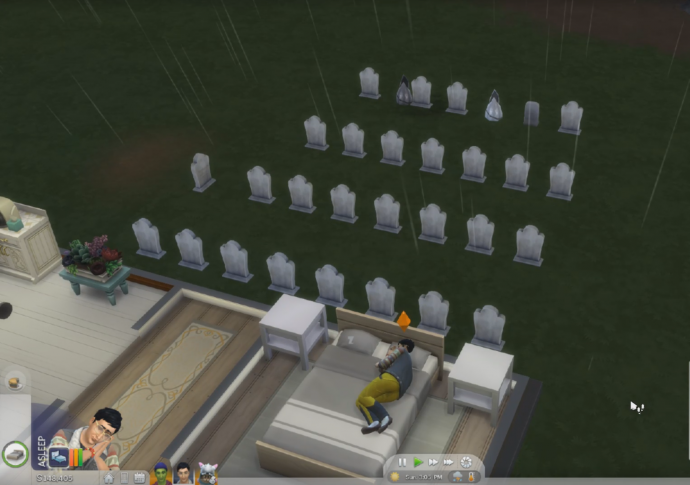 Was it over? Would Thomas and Whitely get on, the sole survivors of an uncaring god? Had I finished what I set out to do? Frankly, I just felt tired. My shoulders ached. I had been with these Sims, and this project, for the better part of a year. Despite my interventions, not one of them had ever gone to work on time, fed a dog, or did their homework. They hardly ever sought out developed, external relationships. They mostly talked to the same four people over and over again, and not a one of them ever fulfilled their lifelong dreams. It was a grim mirror; an almost painful commentary on real life. Life’s a bitch and then you die.

I thought back to my original premise: The Sims is haunted. The Sims can’t give me anything I don’t already know; it’s a hollow facsimile and a game. Of course Sims will never learn to take care of themselves. If they could, what would be the point of me?

And yet, I can’t help but hope that things turned out a little better in My Saved Game 5. What can I say? I’m only human.

Matters Of The Heart: The Sims 4