Before we dive headlong into those Black Friday graphics card deals, though, there are a couple of things to consider when buying a new graphics card. One is what resolution you’re going to be playing at, as there’s no point spending loads of money on a flash, super expensive Nvidia graphics card if your monitor only has a 1920×1080 resolution. If that’s the case, there’s no need to spend any more than £200 / $200 on your graphics card, as that kind of money will be more than enough to buy you a decent 1080p GPU. If you have a 1440p monitor, however, you’ll need to find a bit more room in your budget, as even today’s £500 / $500 graphics cards can struggle to hit 60fps at this resolution in today’s big blockbusters – at least if you’re dead-set on playing at max graphics settings.

That’s the second thing you’ve got to think about – how fussed are you about playing at the very best graphics settings? If you’re not that bothered about playing on Ultra, you don’t need to spend nearly as much as on your brand-new graphics card as you would if nothing but max settings will do. For more info on what type of graphics card you should be aiming for, have a read of our best graphics card rankings, which tells you exactly what the best graphics cards are for each resolution, as well as the best cheaper options for those less fussed about quality settings – so make sure you have a look at that first before you hit the buy button. 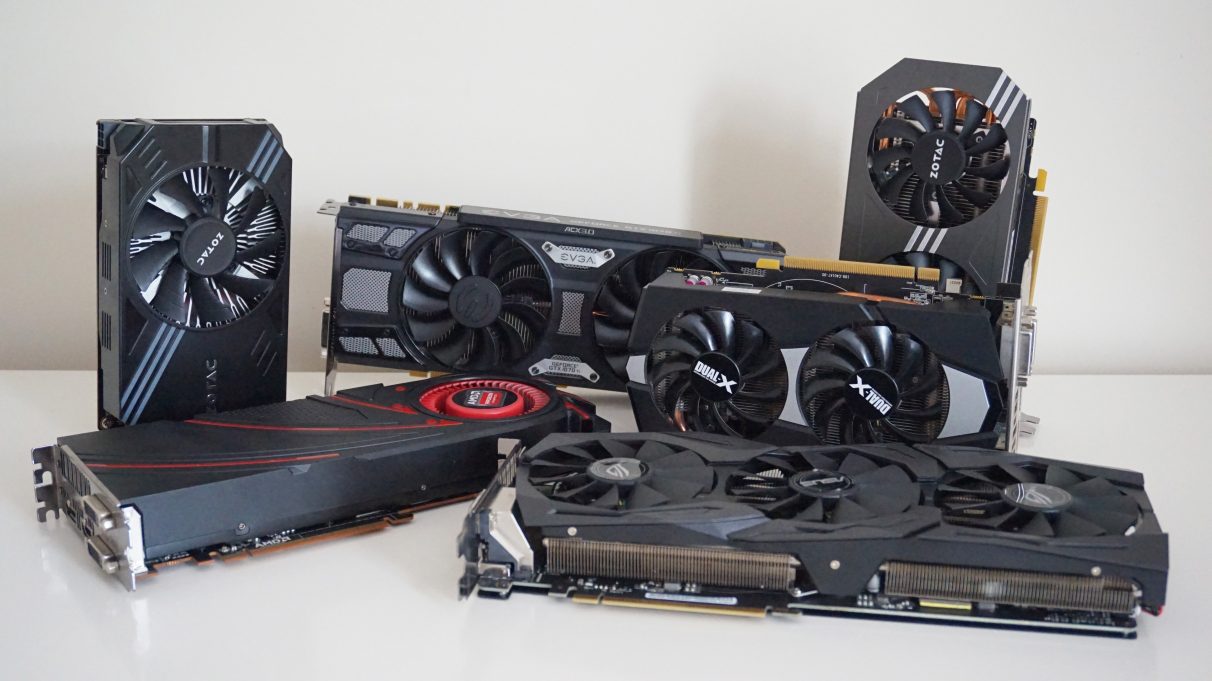 Black Friday and Cyber Monday graphics card deals: How to get the best deal

Remember, the most important things to consider when buying a Black Friday and Cyber Monday graphics card deal are a) your monitor’s resolution, and b) what kind of quality setting you’d like to aim for when playing games. The Nvidia GTX 1660 Ti is by far the best 1080p graphics card for max settings at the moment, for example, but the regular GTX 1660 or AMD RX 580 / RX 590 are also excellent budget options as well that will get you smooth frame rates on High settings.

As for 1440p, my top picks would be AMD’s RX 5700 or Nvidia’s RTX 2060 for near-flawless 60fps gaming on max settings at this resolution, but the GTX 1660 Ti will do you just fine as well if you’re happy with Medium quality at this resolution. This makes the GTX 1660 Ti quite a good card to go for, especially if you currently have a 1080p monitor but are thinking about upgrading to a 1440p in the near future.

If you’ve got a 4K monitor, on the other hand, then you should probably consider an RTX 2080 / RTX 2080 Super at an absolute minimum. The RTX 2070 Super can make a decent fist of 4K gaming, but only on Low-Medium settings, so if you’ve got the budget, I’d recommend an RTX 2080 at the very least in this case.

Get all the best Black Friday and Cyber Monday deals right here: