Red Dead Redemption 2 is allegedly an action game about a gun-slingin’ guy named Arthur Morgan but to many of us it’s become an Old West simulator where we can live the simple life hunting game and looking at trees unbothered by society. Exploration is king in RDR2 but the one place we can’t explore is a place we took for granted in the previous game: Mexico.

If you compare the maps for Red Dead Redemption and its sequel, you’ll notice a big chunk of land missing: everything south of the San Luis River that bisected the original game. There’s no Mexico to be explored in Red Dead Redemption 2, but it seems like it may have been planned at one point. 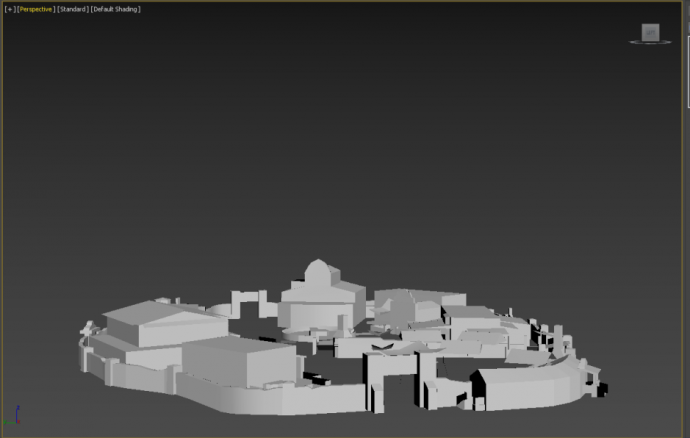 As spotted by VG24/7, a dataminer on the GTA Forums has posted screenshots of models for familiar Mexico locations that they say have been dug out of the PS4 version. User VideoTech UK explains that the models they have found are for recognizable locations like Chuparosa that existed in the original Red Dead Redemption.

It’s important to note, as VideoTech does, that these models (and textures) are all LOD quality. They are low-detail models meant to be seen from a distance. If these locations were actually meant to be visited in game, they should each have corresponding versions with more detail. It’s also of note that VideoTech UK found these files in the launch version of RDR2 for PC4, not some recent patch. These models have been hidden in the game’s files all along and aren’t a recent addition that signal some imminent change.

So is Mexico going to get added to Red Dead Redemption 2, or what? Anything is possible, but don’t hold your breath. As some commenters have already pointed out in the discovery’s thread, it’s more likely that these unearthed models point to content that was cut from the game, not something that will be revealed in the future. It’s entirely possible that RDR2 was originally going to include everything on the Mexican side of the river but due to time, budget, or other scope concerns was pruned back from the game.

Another user points out that this isn’t the first discovery of hidden Mexican locations in RDR2 either. Another player has already managed to worm their way through invisible barriers into the Mexican side of the game. There isn’t much to be found there, aside from a partially-completed version of El Presidio. This new datamine, however, includes models that are disabled in game, unlike the half-baked fort in the video.

I have fond memories playing the original Red Dead Redemption online with a few friends and El Presidio in particular was a favorite hunting ground of ours. We were able to turn it into our own on-demand horde mode by running in guns blazing and then holing up in the fort defending against all the horse cops that showed up to put us down. It would be neat to get some of those locations in proper 2020 style, but I won’t be holding out for some grand reveal of Mexico coming to RDR2. We’ll have to continue exploring and enjoying the US side of things for now.

Following its PC debut on Rockstar and Epic’s store in November, Red Dead Redemption 2 is coming to Steam on Thursday ahead of next week’s Moonshiners Update.