Ghost Recon Breakpoint has been out for a little while now and is the latest in Ubisoft’s open-world military shooters. This time around you’ll be facing off against an enemy with technology more advanced than your own, complete with big hulking metal automated tanks and radar scrambling technology to disorientate you. With these Ghost Recon Breakpoint tips, they should help you get started with the liberation effort, including how to change class. 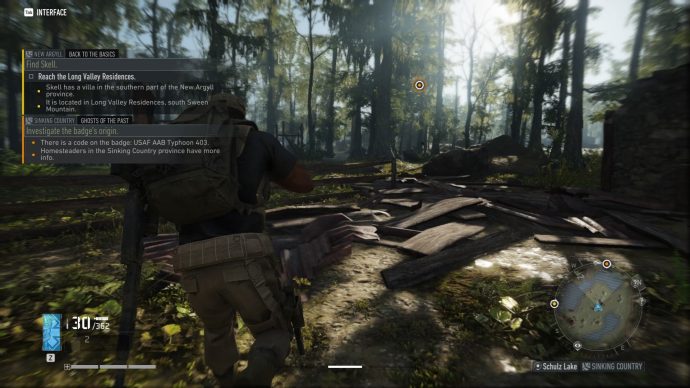 The first thing we should probably cover in our Ghost Recon Breakpoint guide is the rather cluttered user interface. While the majority of Ghost Recon Breakpoint’s UI is self-explanatory, there is an added layer of complexity due to the fact that it bombards you with tutorials that you may not remember hours in. Pressing Tab on keyboard and mouse will bring up the user interface, which includes ammunition count, a mini-map, and the list of pinned objectives. Your class skill can be activated by pressing Z on keyboard and mouse, which does have a cooldown timer that you’ll be able to see.

Other things of note are that it will always display your region and your current location within said region in the bottom right underneath the map. As for the ammunition count and health, those are on the bottom left. If the health bar has red sections, it means you’ve sustained a minor injury, which you will need to treat with Health Kits or Syringes. You can also see here if you currently have a silencer on your weapon, toggleable with the F key.

So how do you pin objectives? In the objectives menu, you’ll be able to select missions by going to that mission type and selecting a mission to “Pin” by pressing the space bar on keyboard and mouse. You can save up to three missions on the objectives board for the team, and anyone can override it, so agree on which objectives you are going for before heading out.

One thing that isn’t explained well is how items work. You can equip items to your item wheel from the menu. Holding down the ALT key on keyboard and mouse will bring up the item wheel. Use the mouse to select an item and press G to use it. With grenades, holding down G will bring up the throwing arch, allowing you to cook the grenade. Otherwise, most items require a set time to use them.

There are two different ways that you can play missions in Ghost Recon Breakpoint. Guided mode will bring up dots on the map, while Exploration mode doesn’t. You’ll still have clues for each stage of the mission you are on, which give three clues to where on the map you need to go. These usually include which province you need to be in, where specifically in that province you need to be, and a nearby landmark for reference. 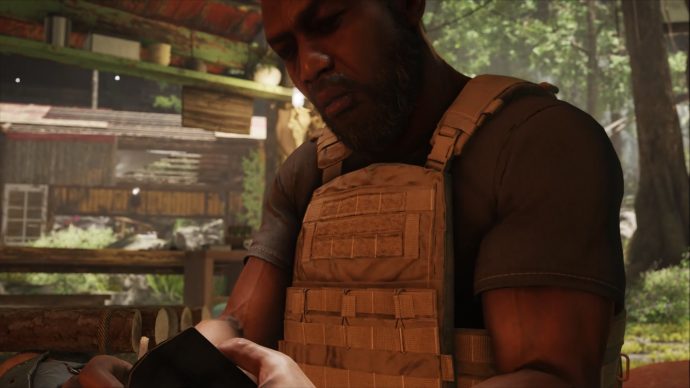 How to change class – Bivouacs

You’ll first find a Bivouac in the Erewhon hub area, but they’re scattered throughout the island of Auroa. Ideally, if you’re looking for Bivouacs, you’ll want to begin by grabbing a chopper. Finding them from the air is really easy, as you can just look for smoke and descend through the fumes to unlock the Bivouac. These can then be used to fast travel around the map. To use it, simply approach it on-foot and press the button prompt to set up camp.

From here, you’ll be able to do a bunch of things. The first thing that you should always do is to activate a bonus in the “Preparation” option. Each one lasts an hour of real-time and gives you a small bonus to a particular stat. The preparations are:

“Tactics” is the next option on the list and it is here that you can change your class to another one that you have unlocked. Each class has its own set of challenges to complete to unlock different stages. Find out more about classes and skills in our Ghost Recon Breakpoint skills  guide, which contains the full skill list and class abilities – as well as the conditions you need to meet to unlock new ranks.

You can also set up equipment presets here and have slots for up to three. This is more useful late-game as your equipment will not constantly be on rotation, but if you want to switch quickly, this is where you set it up.

“Craft” allows you to make all sorts of items, including healing items, rations for temporary buffs, and even some explosives like mines or grenades. You’ll find the components either in the vegetation, by hunting animals, or destroying and looting drones.

“Vehicle” is a lifesaver, particularly if you’ve been separated from your vehicle of choice. You can select from any owned vehicles, such as cars, bikes and helicopters. If you’re part of a team, the last selected vehicle is the one that spawns nearby the Bivouac upon breaking camp.

Finally, there is a “Shop” which has all sorts of items that are purchasable with Skell Credits – the game’s currency. You can buy weapons and armour, as well as other important items like vehicle types.

When you do decide to break camp, you’ll have a choice at what time you depart. You’ll have more visibility in daytime hours, but you may also have the element of surprise if you go for a nighttime assault. 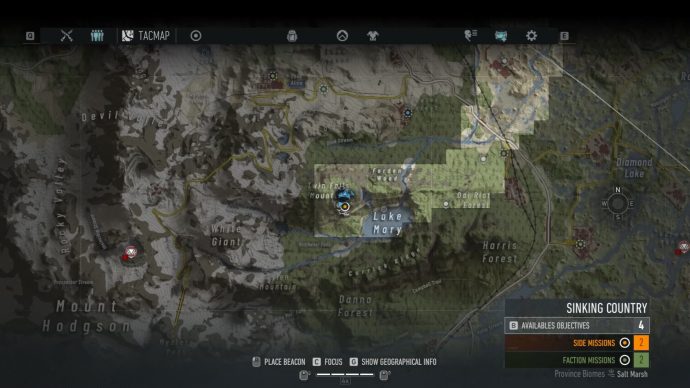 Navigating menus can be a bit of a pain, so instead of trying to fumble through them the same way you would if you lost your keys, here are some useful shortcuts to the most used parts of the menu:

There are also some shortcuts for quickly swapping around your equipment too: 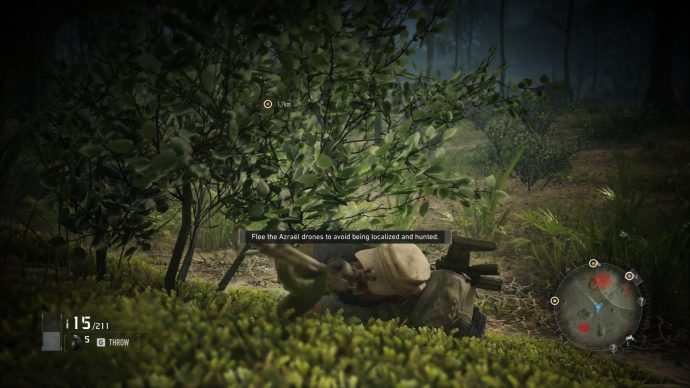 How to evade Helicopters and Azraël drones in Ghost Recon Breakpoint

In Ghost Recon Breakpoint, there’s a bit more of an emphasis on stealth. This is confounded by the fact that there are two things to always be on the lookout for: Helicopters and Azraël Drones. You’ll hear the helicopters before you see them, so have time to find cover, but the drones are silent.

The only detection you’ll have for Azraël Drones though is an on-screen prompt. Unless you are already in conflict, you should stop what you’re doing and take evasive measures, otherwise, you’ll be detected by the drone. You do not want this to happen. If you are detected, the mini-map will turn into static before the heavily armed Wolves descend upon you in great numbers.

They are heavily armed and while it is entirely possible to defend against them, it’s better to grab the nearest vehicle and flee the scene. They can appear at any time, even during particularly tense moments, so just be aware of the warning. Luckily if you go prone (default controls for this are “C” on keyboard and mouse), and then activate the prone camo, you’ll be able to avoid being detected by both helicopters and Azraël Drones. Being indoors will also hide you from the drones. 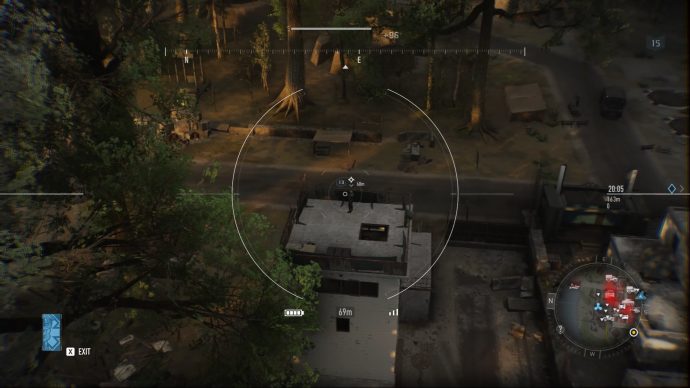 How to use the drone in Ghost Recon Breakpoint

If there’s one basic thing to get a good grasp on, it’s using your radar drone to scout out an area before storming in. After completing the first mission and obtaining the radar drone, you’ll be able to activate it by pressing the X key. This will then put you in the perspective of the drone and you can fly around. If you are about to be seen while piloting a drone, you’ll lose control of it and may need to take some evasive action. If you ever see the word Focus, pressing and holding H on keyboard and mouse will shift the camera so you can see the enemy.

The general idea when scouting is to look for the source of the red circles on your mini-map. When you detect an enemy or civilian, you’ll wipe one of the red circles and have their AI icon (whether they’re a rifleman, sniper, civilian, etc) show instead. If you still have red circles, it means there’s someone you haven’t spotted with your drone. Note that unmanned vehicles and drones, including artillery, scouting, and turrets, can also be detected, as well as power generators that can be taken out to disable certain drones.

You don’t have to get too close to the ground as the drone comes equipped with a camera that can zoom in quite far. This is done on keyboard and mouse controls by scrolling the mouse wheel. If you do get too close to enemy soldiers or drones, your drone will be detected and the enemy will likely be on the lookout for you.

Drones can be a useful scouting tool, but there are a couple of things you need to keep in mind when using them. Firstly, there’s only so far that your drone can scout. Each large settlement has at least some cover, whether that is a bush or a hut of some sorts, that you can hide in, allowing for you to keep a decent signal. If you get too far away, the bars will drop. Too far and you may lose your drone for a short time.

The second and most important thing is battery life. These drones do recharge quickly when not in use, but they have terrible battery life, lasting a couple of minutes at full charge. Keep an eye on the battery life as you scout around and if you sense that you’re about to run out of power, bring the drone back.

Finally, we’ve had a bunch of Ghost Recon Breakpoint tips to keep in mind while playing both PVE and PVP, both in the video above and the bullet points below: 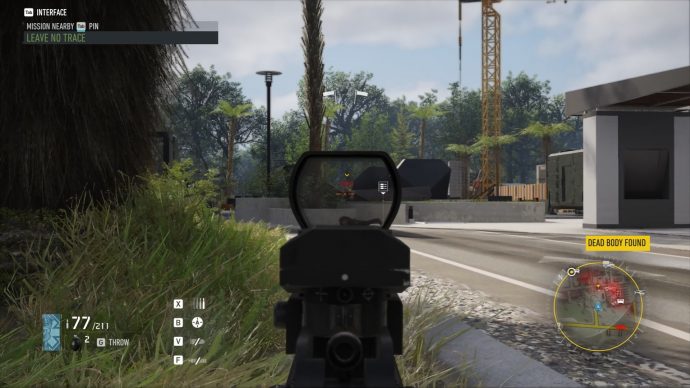