After making countless games about building and programming machines, Zachtronics took a left turn with a visual novel about the consequences of technology, focused on an AI counselling program named Eliza. Playing as a human who reads the AI’s scripts to patients, this visual novel explores the problems of the tech industries playing ever-larger roles in our lives, the people within it, and the people subject to it.

Sin: Eliza was made by people who get it.

It’s in the little details, the subtle words and pauses, the unspoken parts that are so small but resonate so powerfully precisely because normally those things go unnoticed. Nobody notices how much the anxious young artist Maya is struggling to like herself. Nobody notices how much Gabriel has ineffectually buried to try to “be a man” the way he thinks he’s supposed to for his family. Nobody running the Seattle tech business behind the titular counselling AI has noticed how hopelessly inadequate it is for most clients. Nobody – not even the player – could possibly have noticed what was happening to the pleasant old woman who never really talks about anything important.

Eliza understands that far, far too many people are suffering, alone, mostly because of systems enforced by a few people at the expense of everyone else. On a societal level that’s a disaster that only creates more opportunity for them to hoard money and power. On a personal level, that’s poor Darren simply too overwhelmed with sorrow and despair to function. It’s Rae’s brother having no secure place in society. It’s Evelyn trying to salvage a future from a life she fled years ago, and still struggling to explain why without hurting. And it’s all of them stuck with no accessible support but a clumsy service sold by deluded rich men who are only making everything worse.

Also the voice acting is among the best I’ve ever heard. We need to invent a whole new award for Aily Kei’s performance. 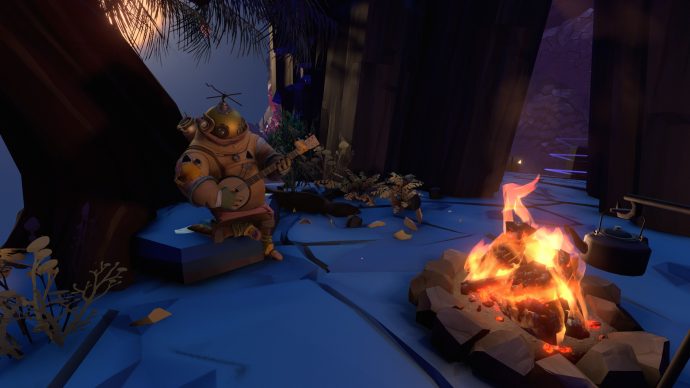 Alice Bee: It’s amazing what you can find in 20 minutes in such a small universe. VidBud Matthew pointed out that Outer Wilds is really just another detective game, and he’s right.

I can’t even begin to imagine how the mysteries of Outer Wilds were created. The planets have actual gravity that act upon each other. There’s are messages in a long dead language. There’s a planet-sized thorn with weird dimensions. There are so many interlocking things, breadcrumbs trails that you follow across other breadcrumb trails, and so many beautiful little details. It’s like being an archaeologist trapped in a Groundhog Day with a lovely puzzle box.

Alice L: This game wasn’t even on my radar until I edited together Matthew’s video for it. And I knew from the first few moments that it was a world I wanted to get lost in and explore. What an absolutely incredible game. But fuck those fish.

Video Matthew: Outer Wilds is a Metroidvania where the only upgrades you get are knowledge: the gossip that reveals the secret to getting inside Giant’s Deep; the directions to navigating a crumbling planet in its dying moments; the snippets of science logs that reveal the soap opera squabbling of rival dorks and the steps to performing an experiment on a galactic scale. Like Return of the Obra Dinn, it’s a game I struggle to fathom how anyone put it together. Much like real space, I guess. 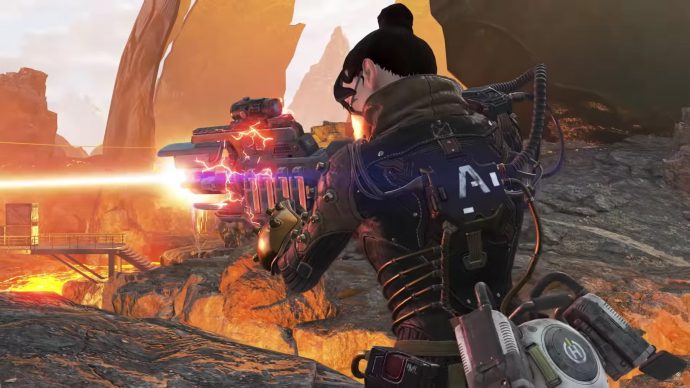 Stop me if you’ve heard this one: a load of lads drop onto a murderisland for looting, top bants, and bloodsport until one squad of absolute chuffing legends stands triumphant. This free-to-play battle royale FPS from Titanfall developers Respawn Entertainment smoothes many of the genre’s rough edges and expands on it with player classes bring swish sci-fi abilities.

Nate I played Plunkbat for a good while last year, because a good friend who lived a long way away played a lot of it, and it was our best option for being able to hang out and chat together. This says an awful lot about how much my friend means to me, because I fucken loathe plunkbat. It’s ugly, stressful, exhaustingly macho, and its community has a bastard streak a mile wide. But still, I found the fun in it.

If only my friend had gotten into Apex Legends. I only played for a couple of weeks, because I couldn’t lure him across, but in the brief time I spent on Fightyermates Island, I came to know a game that took everything I liked from the fundamentals of the Battle Royale template, and ditched everything that I’d found grating about Plunkbat. It was big and colourful and fun and fast, and I really liked the zipline robot fella. 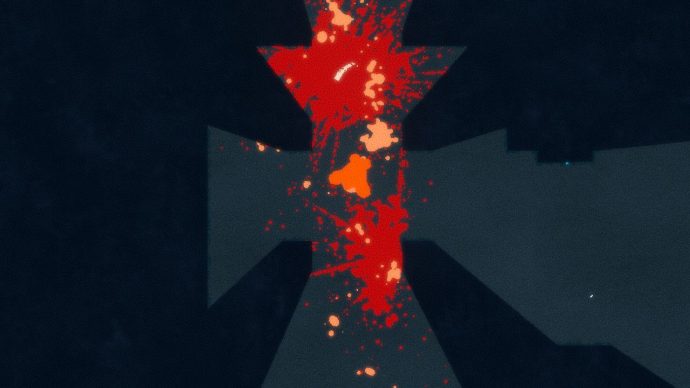 This is a top down beat ’em up where is an ape. It is not in. Because that ape is you, and you have smashed your way through the rooms and corridors of a research facility/military base/cargo ship/office tower block. You have pulled walls from doors, splatted body armoured men into tiny red puddles, picked up their limbs and thrown those limbs at the next armoured man. You have done this all to a procedural jazz drum soundtrack. You have never felt so alive.

Alice Bee: There is a genuine danger that Ape Out will somehow end up being my GOTY of the year, every single year. I don’t think I can think of another game that has such clarity of purpose, and executes that purpose to such singular success. You ever seen a toddler advancing on a wall, with a crayon in their hand and a determined expression on their face? That is the sense of purpose that Ape Out has. Except in this analogy the toddler is about to execute a bitchin’ drum solo.

Dave: I’d not even heard of Ape Out until I watched Alice Bee punch a lad with a gun out of the window. From that point on, I knew I had to play it myself. It’s one of the few times I felt simultaneously empowered and vulnerable, since you can pick a goon with explosives before hurtling him into his friends, but cannot withstand more than a handful of direct hits yourself.

Ape Out’s intense colours are striking throughout, but it is perhaps at its most stylish at the start of a new level. The titles are modelled after the covers of LPs, and the name of the level splashes on screen in time to yet more cymbal crashes. Great stuff.

Graham: A lot of games attempted to follow in Hotline Miami’s footsteps by aping (a pun, that) its neon art and heavy beats. Only Ape Out has the correct idea, however, by instead lending its ultraviolence a fresh rhythm by pairing it with an entirely different genre of music. Jazz still has the propulsive tempo to drive you forward in your efforts to smash squishy humans into bits, but the feelings it evokes are different. This is not a grim video nasty. Ape Out is an improvisational jam session with literal body-popping cymbal crashes, and it’s a joy.