Nary a game is safe from a December makeover complete with snow, fir trees, and presents. PUBG‘s 5.3 update has migrated from the test to public servers and although the patch notes make mention of actual quality of life changes, I admit I got distracted by the uncannily cheery change to its lobby.  The last 2019 update for Plunkbat brings blood splatter changes, gun favoriting, and this very charming hearth screen. Did you spot the face in the window? I just did and now I won’t sleep tonight.

Blood effects are getting a facelift in this update. Blood splatter will now appear on walls and floors if players are hit near them. You should also get a clearer idea of if and where you’ve managed to shoot another player. Shots to the neck will have a more distinct effect to confirm a hit and blood effects on players will more clearly indicate which body part is affected.

If you play on multiple machines, you can now cloud save your settings too which will come in handy for anyone who somehow has two whole gaming PCs waiting for them under the tree this year.

Last up for game changes is the ability to set a particular weapon as your favorite. You can only have one favorite at a time, PUBG Corp say, because “that’s just logical.” Your favorite weapon will have its stats displayed on your PUBG ID, the player profile system that they added earlier this year. If you want to show off how good you are with the Kar98, that’s the way to do it. 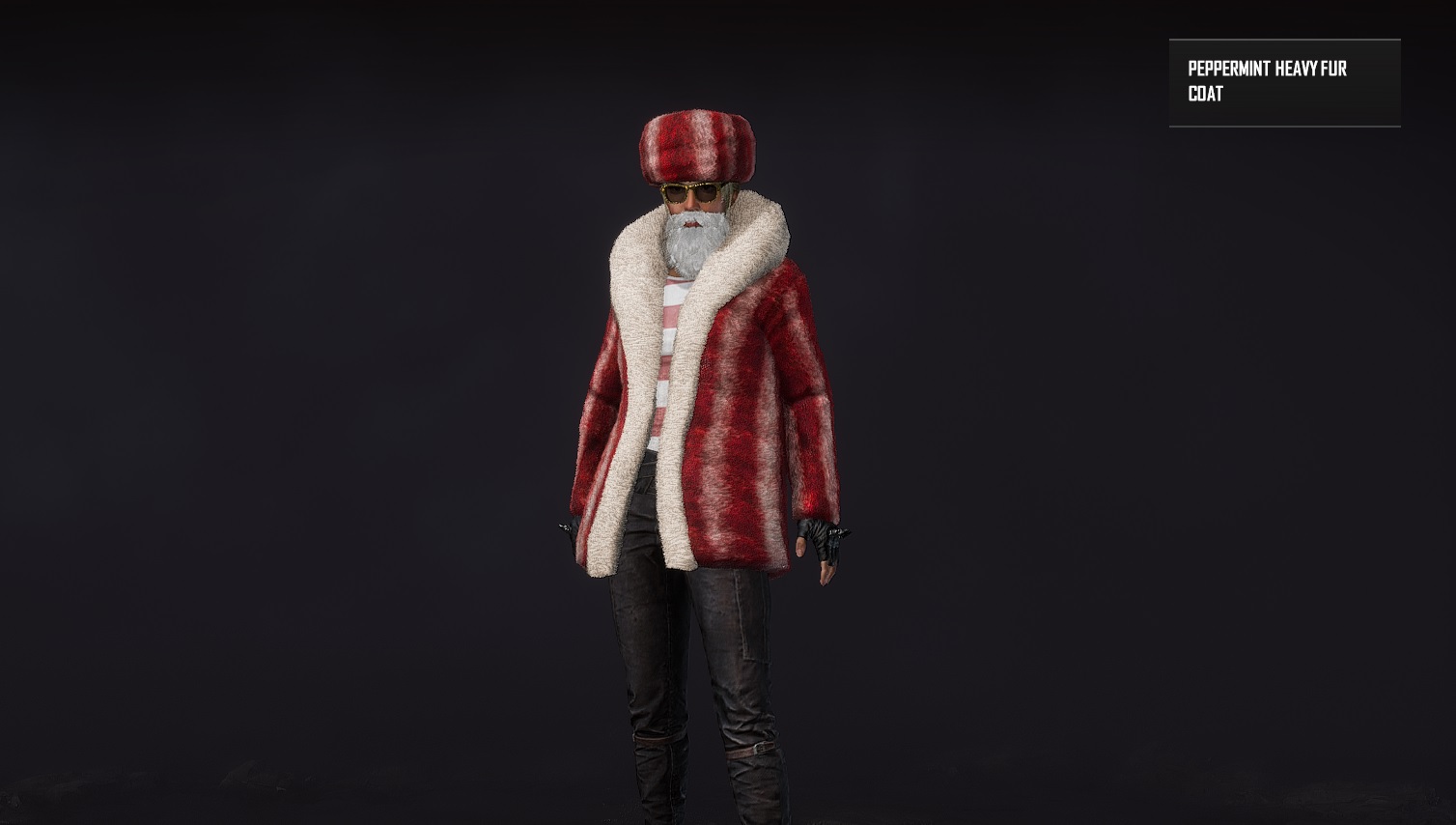 Is anyone else getting a Burger King vibe here?

Naturally there are holiday cosmetic items as well and they’re just as unsettling as PUBG tends to be. You can snag a horrifying ginger bread mask in exchange for 10,000 Battle Points but the rest are cash-only. Now I’m definitely in the mood to play a few rounds on Vikendi.

You can check out the rest of the PUBG update 5.3 patch notes on the Plunkbat website or in game.