The wild west in Red Dead Redemption 2 is great and all but what if it were wilder? What if Arthur Morgan were a firebender? Or had skills more commonly found at a D&D table? What if he just emitted light like some deep sea fish? The RDR2 modding scene is still getting on its feet but creators have done plenty of silly things like swapping Arthur with animals. One modder in particular keeps giving Arthur various superpowers.

Things started off innocent enough for the modder who goes by HCL on Nexus Mods. On December 2nd they uploaded Fly Mod. It does what it says on the tin. “This mod simply allows you to fly,” says the mod’s description. Maybe they got tired of riding their horse. Maybe it’s a useful utility for screenshots. I get it.

The following day, December 3rd, HCL uploads a second mod and turned the dial up to 11 with no warning. Their second mod, Pyrokinesis, lets Arthur create spontaneous explosions. Five days after that they fold it into another mod called Pyrokinesis and Telekinesis. See the screenshot below for some telekinetic revenge enacted against an alligator. After that are mods for Illumination Power, Slow Motion, and finally Blink.

Yes, that’s correct, Arthur is now a D&D wizard. The Blink mod allows Arthur to teleport anywhere he’s looking. “The map is big and your [horses] are high maintance,” says HCL. I can’t agree more. RDR2’s map is huge and horses are a pain to take care of. Mine constantly wants to be fed. 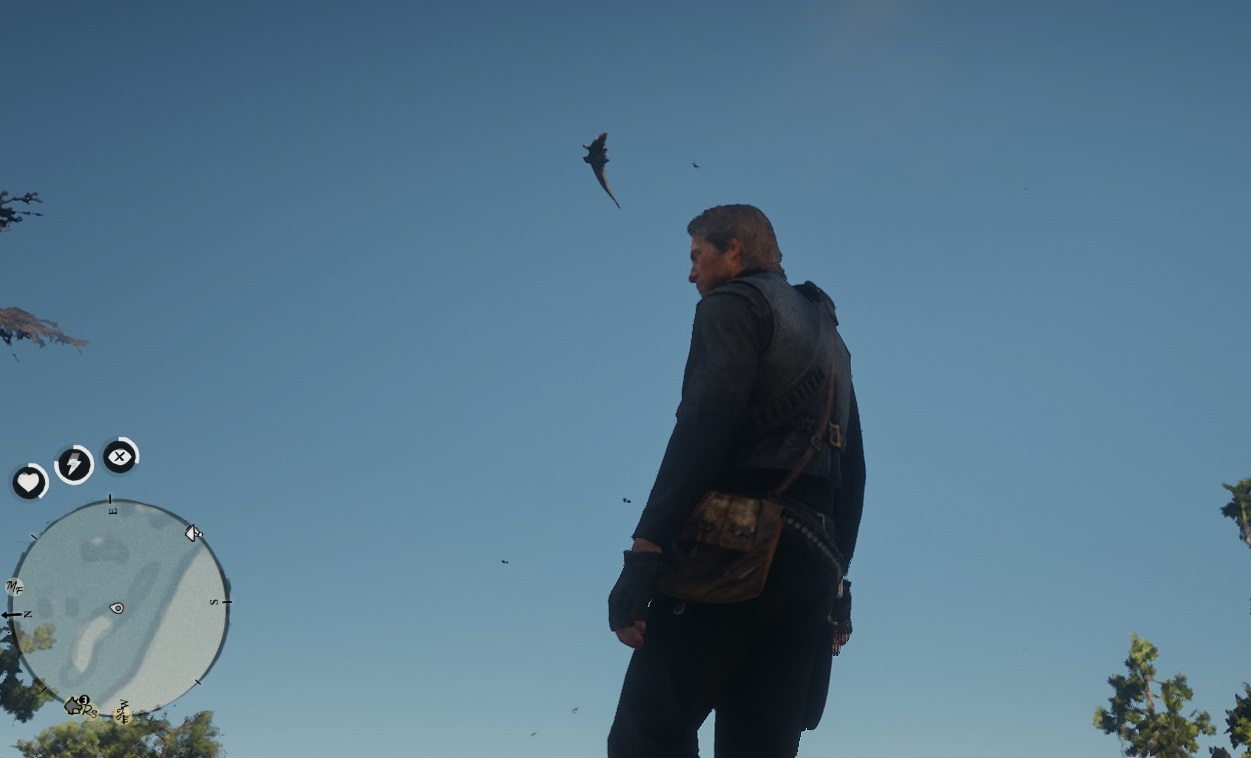 HCL makes sure to clarify that unlike similar Blink mods for other games, “when you teleport towards a roof from beneath it, this mod won’t let you pass through the roof.” You can also just Blink yourself straight into the air, though there are obvious consequences for doing so unless Arthur’s new spell comes with invincibility or legs of steel.

Is there an endgame for HCL’s goofy superpower mods? It’s hard to tell. They quickly abandoned the plain Pyrokinesis mod in favor of one that included Telekinesis. There’s admittedly some overlap in potential uses for Blink and Fly Mod. Most likely they’re just having a bit of fun bending RDR2 to their will, which I can certainly appreciate. Maybe later on as RDR2 modding matures we’ll see one big mod for giving Arthur any superpower in HCL’s stable of creations.

For now, HCL seems to be modding along at quite a clip. By this time next week maybe there will be a mod that gives Arthur X-ray vision or turns him invisible.