On day 21 of the RPS Advent Calendar, we invite you to open the door with some care. There may be more warthogs than you expected. 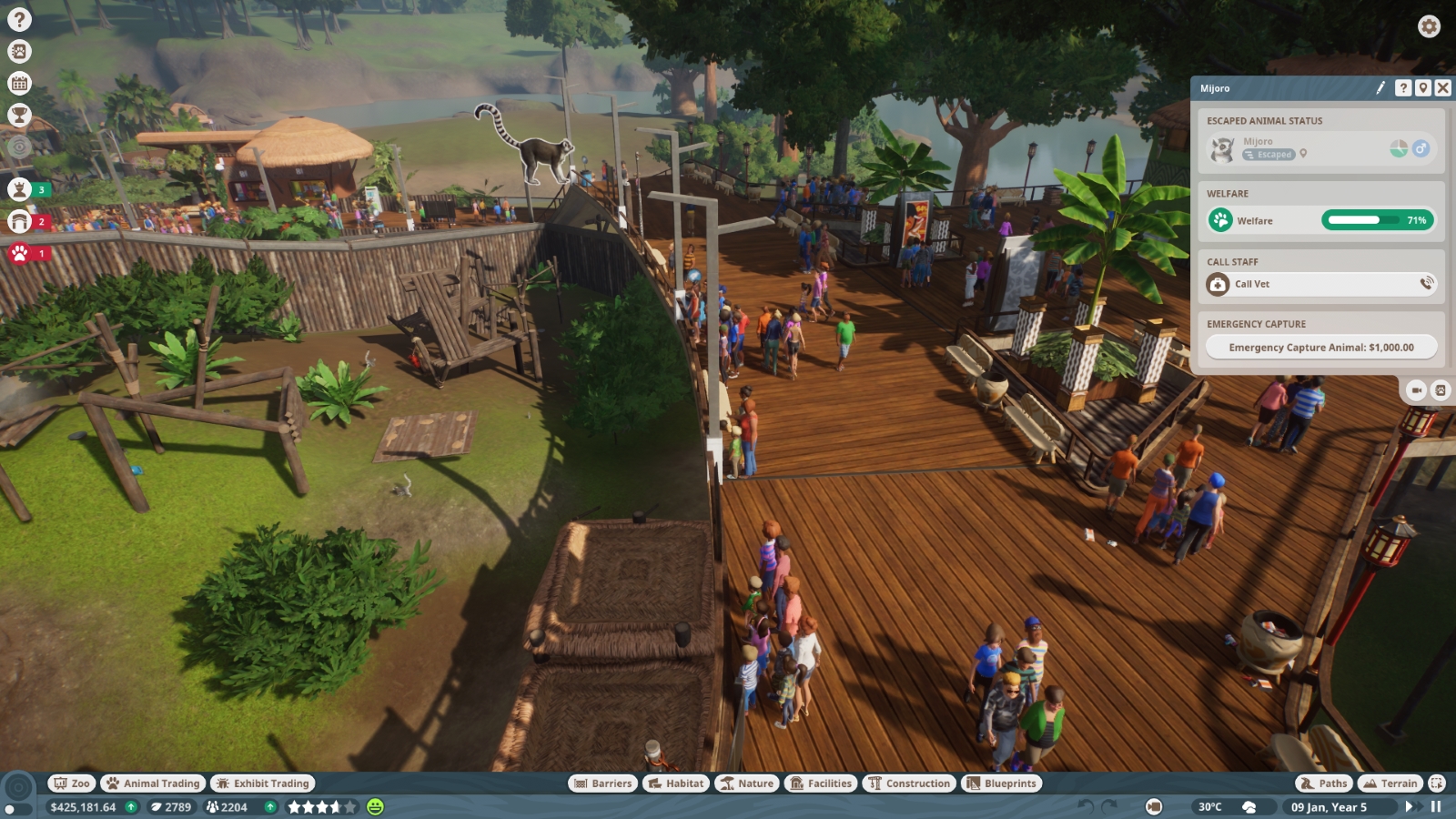 Nate: Planet Zoo is a lot of things. It’s a surprisingly challenging management game, if you want it to be. It’s even a darkly comprehensive lesson in the function of free markets, should you venture into the harrowing depths of the player-driven economy, and its legions of enfeebled, disease-ridden warthogs.

But that’s by no means necessary. If sprawling yards full of rutting, brittle hogs are not your thing, or even if you want to free yourself from the shackles of commerce entirely, you can do as Alice does and play in the post-scarcity utopia of sandbox mode. At this point, it becomes a sort of highly sophisticated, maximalist take on tamagotchi.

But you don’t have to stop there. In a sort of reversal of God’s decision to bin Eden, you can release your animals from the tyrannies of hunger, of disease, and even of mortality itself, absolving you from all responsibility and leaving you free just to stare at Frontier’s jaw-dropping simulated brutes.

The one thing you can’t release the animals from, is the zoo. Well, you can – in fact, the game makes a big point of rewarding the release of captive-bred animals into the wild. But if you released them all, you wouldn’t have any animals left. And even though I can already hear the heated tapping of keys down in the catacombs of the comment section, as people race to thunder the word “Good” in stern condemnation of the concept of zoos, I think it’s fair to say that if you are going to play a zoo simulation, there’s not a lot of point in, y’know, not housing any actual animals.

Or is there? Maybe Planet Zoo can be a game for zoo abolitionists, now I think about it. In my review, I mentioned that I spent hours and hours playing without any animals at all, lost in the simple joy of building hills, gardens, lakes and caves, and an endless array of structures. For all it can be painstaking, I’ve never encountered a landscaping and construction system as granular or satisfying as PZ’s, and it achieves all this without a panda in site. So yeah, it’s almost feasible for me to sell it to you as a sort of abstract… park design game? I just like my parks best with crocodiles in.

Finally, Planet Zoo is also a mystery game. Because even now, I lose minutes every week contemplating the mysterious “Chief Beef”, the shadowy figure after whom the game universe’s (apparently police-themed) burger franchise is named. Who is the Chief? What laws does he uphold? And what is his business in the world of public zoological collections? Chief Beef troubles me. I must study him further; a reckoning is due.

I might not be a very good lyricist, but joke’s on you cos I’m also very bad at stopping my animals from inbreeding, or from fighting because there’s a gender imbalance. I just, I don’t want to give any up, you know? I love them all. They’re all so cute. Who cares how many lads there are in one enclosure? Why can’t my Thompson’s Gazelles just get over it and let me have one massive paradise? STOP FIGHTING.

The way I play Planet Zoo is, I focus on the building side of things more than animal bit of running a zoo. Sandbox is my best friend, and once I’ve got my animals to maximum happiness in their enclosure, I move onto the next thing, be that a viewing area at the top of a very, very steep hill, or trying to make my entrance look as welcoming as possible. I really love making my animal’s enclosures look pretty too, and I get really annoyed when they don’t want any plants. I like plants. You shall have plants.