Phoenix Point DLC will be an exciting prospect for many, whether you love the game already or think (as many players do) that improvements are needed before it can realise its full potential. Our Phoenix Point DLC Roadmap guide will explore Snapshot Games’s roadmap for this ambitious turn-based tactics game over the next year, with details on the first three major expansions: Blood and Titanium, Legacy of the Ancients, and Festering Skies.

According to a developer post on the Snapshot Games forum back in November, there are five Phoenix Point DLCs in the works, to be released at regular intervals over the course of 2020:

Purchasing the Season Pass (for $29.99/£22.76) will give you access to all five DLCs when they’re released; and everyone who backed Phoenix Point prior to March 12, 2019 at 10 AM PST (including all Fig backers, regardless of tier) will receive the Season Pass for free. While DLCs 4 and 5 are something of a mystery so far, we’ve gone over everything we know about the first three in the sections below. 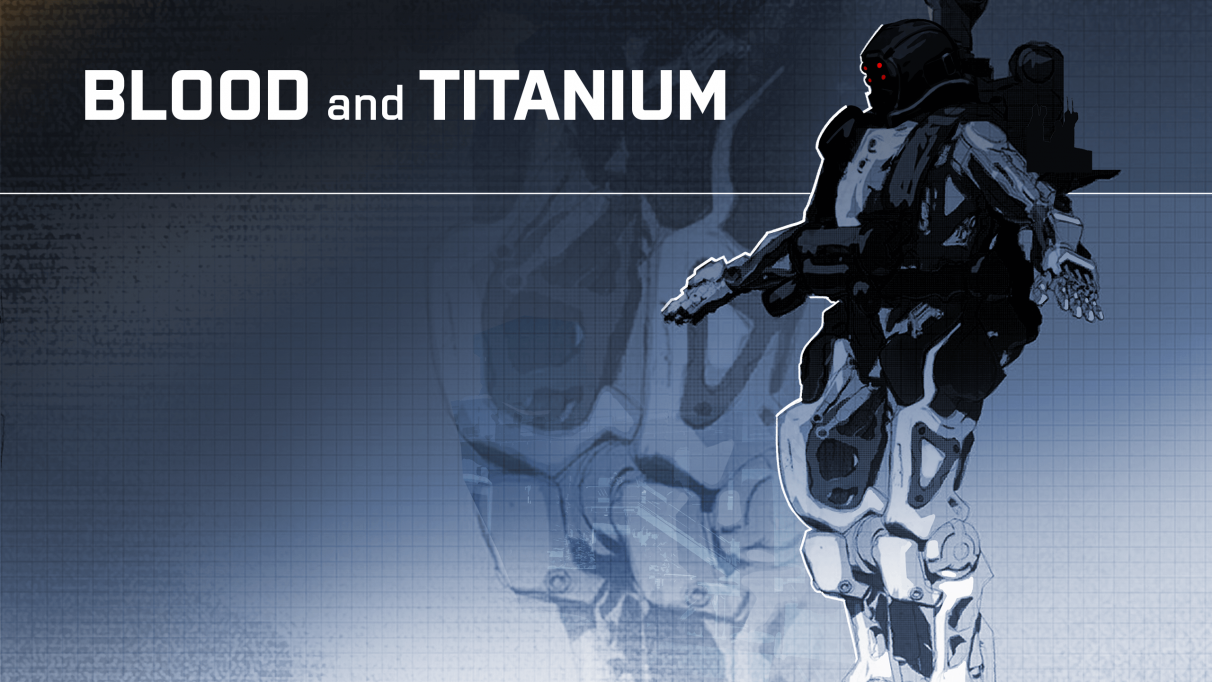 Blood and Titanium is the first Phoenix Point DLC we’ll be able to get our hands on, and we can expect it in “early 2020” according to Snapshot Games. When the three DLCs were first posted on the Epic Store, the Blood and Titanium banner featured a January 31st 2020 release date, but that date has since been removed. So “early 2020” it is!

Here is the description for the Blood and Titanium DLC on the Epic Store:

Expand the power and versatility of Phoenix Point operatives with cybernetic augmentations. Unlock new abilities for your soldiers, new research projects, and new approaches to tactical combat. But beware: enemies will bring cybernetics to bear against your team, too.

Given this description, and the fact that Blood and Titanium will be one of the few DLCs priced at $4.99 instead of $9.99, I’m expecting a smaller content update here; but it sounds as though this new content will touch upon multiple aspects of Phoenix Point. As well as the new abilities and research projects I’m sure the appearance of cybernetics will mean new equipment – perhaps an equivalent to the Disciples of Anu’s mutations? Something more permanent than regular armor and weaponry?

I’m also interested in whether “enemies will bring cybernetics to bear against your team” means just the other human factions (probably), or whether the Pandorans will start to use cybernetics too (intriguing). After all, we’ve got Tritons making use of human weaponry, so it’s more than feasible. But as for whether it’ll actually happen, we’ll have to wait and see. 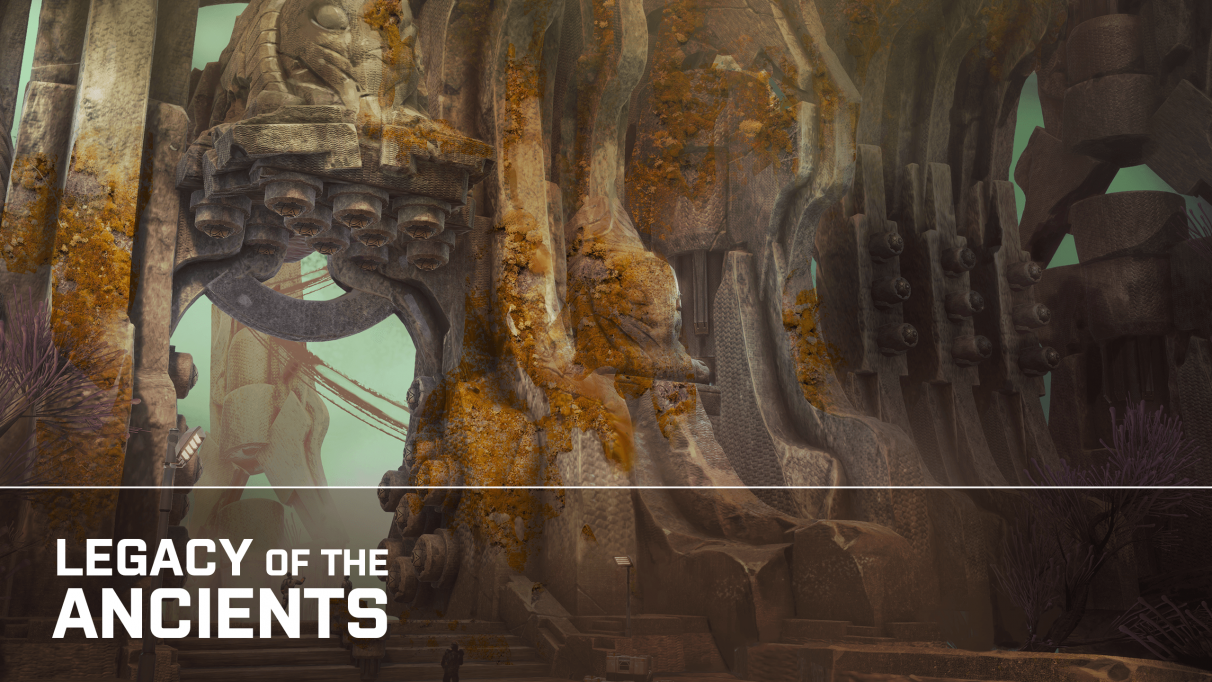 Legacy of the Ancients looks to be a larger content update for Phoenix Point, and will likely release a couple of months after Blood and Titanium, around April 2020. The release date on the Epic Store banner posited April 1st 2020, but like the other banners this has since been removed, so it should be used as more of a guideline than a set date.

The description for the Legacy of the Ancients DLC on the Epic Store is as follows:

Discover an ancient human civilization facing down its own mutant threat, and harness their knowledge and tools in service of the Phoenix Project. New units, new mission types, new research, new maps, new weapons and armor, and a brutal challenge.

So it looks like we’ll be learning a lot more about the antediluvian civilization that old Randy Symes has been nattering on about throughout the Phoenix Point campaign. The civilization which supposedly faced the Pandoravirus long before humans were around.

And as humans love to do, it sounds like we’ll be able to weaponize this newfound knowledge, with new weapons and equipment with which to fight the Pandorans. I’m personally more interested in the new mission types, because greater mission variance is something Phoenix Point sorely needs.

One of the stretch goals Snapshot Games didn’t quite reach when funding the game on Fig.co was the inclusion of “Underwater Missions” – and some are suggesting that Legacy of the Ancients may provide this. Perhaps much of the antediluvian civilization is now quite literally diluvian – no more than deep sea ruins where the Pandoravirus is at its strongest. And it’ll be your job to seek them out on the ocean floor and plumb the new depths of knowledge therein! Again, we’ll have to wait and see. 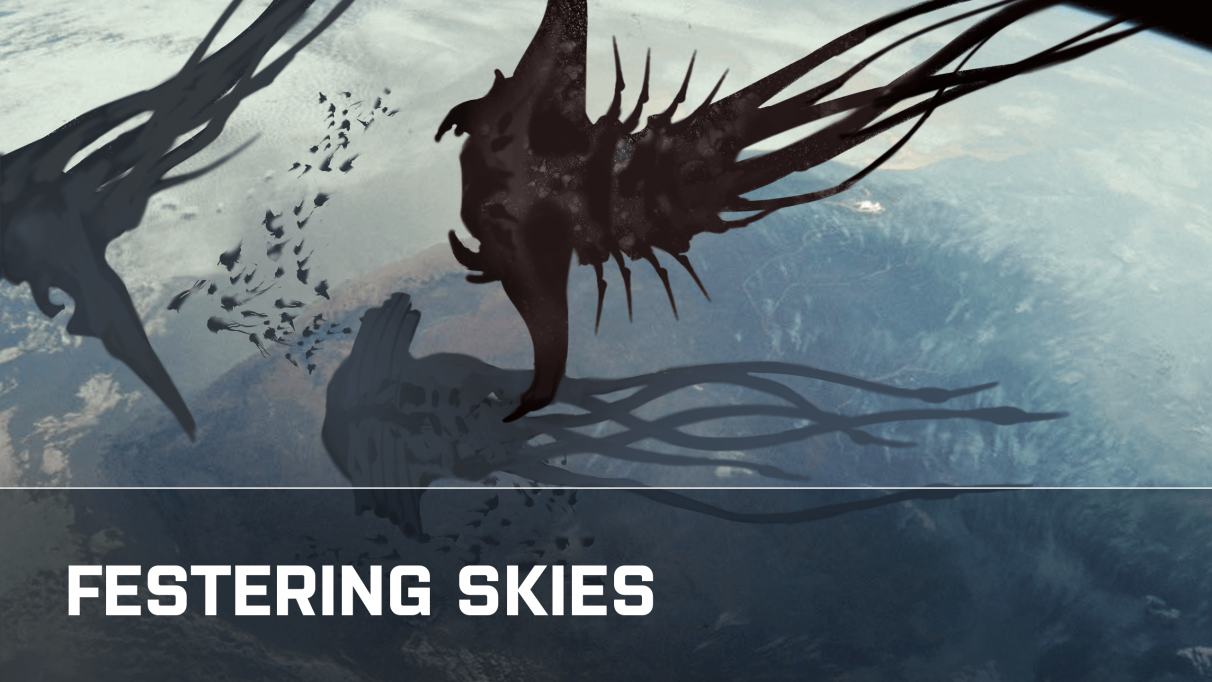 Festering Skies is the third planned DLC for Phoenix Point, and as Snapshot Games have said that the five DLCs will be released at regular intervals throughout 2020, we can likely expect Festering Skies to drop around July 2020. The DLC banner on the Epic Store had the release date pegged as July 1st 2020 before it was removed and replaced with the old familiar “TBD”, but we can reasonably expect a summer release for this DLC.

According to the Epic Store page, this is what Festering Skies will bring to Phoenix Point:

The skies darken with alien vessels, and Phoenix Point must rise to the challenge. An all-new interception mode, inspired by the original X-COM, lets players build and upgrade their own aircraft, fight aliens in the skies, and harvest tech from downed alien vessels. Festering Skies boasts an entirely new play style, new mission types, new vehicles, and much more.

Lots to unpack here! Festering Skies sounds like it’ll be the largest content update of the first three planned DLCs, with new systems revolving around the creation and customisation of aircraft and vehicles, and (most intriguingly) the possibility of aerial combat. I’m very interested in how Snapshot Games are going to bring these tense tactical battles into the open air, but it’ll certainly mean a lot of new content, from weapons and tech to new Pandoran enemies and probably much more besides.

Another of the unfulfilled stretch goals from the game’s initial crowdfunding campaign was the “Floating Phoenix Base“, and it sounds like this might fit in well with what Festering Skies will bring to the table:

A floating fortress which can travel by sea and conduct air operations inland from coastal cities. Such bases will be exposed to danger from seaborn mutants generating some tense defensive missions, but the additional strategy flexibility of such a base will greatly help in mid to late game. It will also allow the player to discover some of the most well hidden secrets of the alien agenda, deep inside the mist.

Will we see these floating fortresses act as enormous aircraft carriers in Festering Skies? I sure hope so. But all this sounds like a major expansion on the existing systems in place in Phoenix Point, so here’s to hoping the new content will be worth the wait! 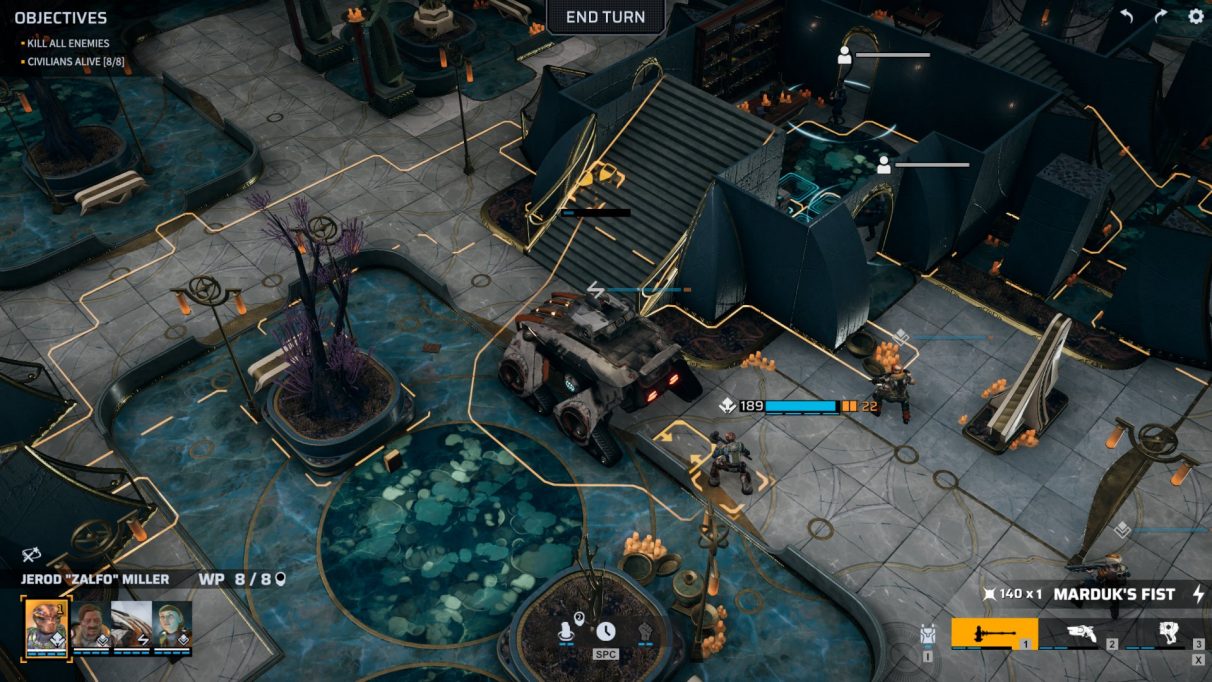 So that’s the first half of 2020 sorted for Phoenix Point DLCs, with Blood and Titanium, followed by Legacy of the Ancients, and finally Festering Skies. Beyond that, there are two more DLCs included in the Phoenix Point Season Pass – but other than their price, we’ve no idea what new content they each will bring.

All we can reasonably expect is that the fourth DLC will arrive a couple of months after Festering Skies, at around September/October 2020, while the fifth will likely reach us this time next year in December 2020. Hopefully Snapshot Games will reveal more details regarding these two DLCs later on down the line.

And after that – who knows? Snapshot Games have only mentioned the five DLCs so far, but there may well be plans for more in 2021. The developer post I linked at the start of this guide mentioned that the Season Pass will include “at least 5 DLCs”, so it sounds like the devs are happy to continue supporting this game for as long as they can. Hopefully all the new content released over the coming year will continue to inject more great ideas into the game while fixing and rebalancing many of the glaring issues present at launch.

So those are the major pieces of Phoenix Point DLC that we’re aware of, and now you can join us in hoping the content they add to the game makes it as enjoyable to play as it deserves to be. But that’s not all we’ve got on Phoenix Point! We’re hard at work creating an entire series of top-tier guides on every aspect of this new turn-based tactics game, so be sure to check out the links below for more tips and strategies to get you started!