I’m calling it now. Alienware’s Concept UFO PC is hands down the most exciting thing to come out of this year’s CES tech fest. It’s effectively a Nintendo Switch, but it plays PC games, which, let’s face it, is all any of us have ever wanted ever since the Switch first came into existence. Alienware and Dell Gaming’s vice president Vivien Lien even went full Fils-Aime when she introduced this wondrous little device during Dell’s CES conference last night.

“Imagine a world where you have access to AAA games wherever you are,” Lien said to the crowd of conference goers. “You could be gaming on your laptop at home, pause, pick up another device for your commute and pick up right where you left off.”

Concept UFO has been in development for a couple of years, according to Lien, and the goal was to create “a true PC handheld for gaming” that still offered “amazing speed, but just in your hands wherever you are,” she said. It’s quite a chunky old thing, completely lacking the smooth, rounded simplicity of its Nintendo rival, but then again, what would else would you expect from a company that’s obsessed with that brushed silver Area 51 look? 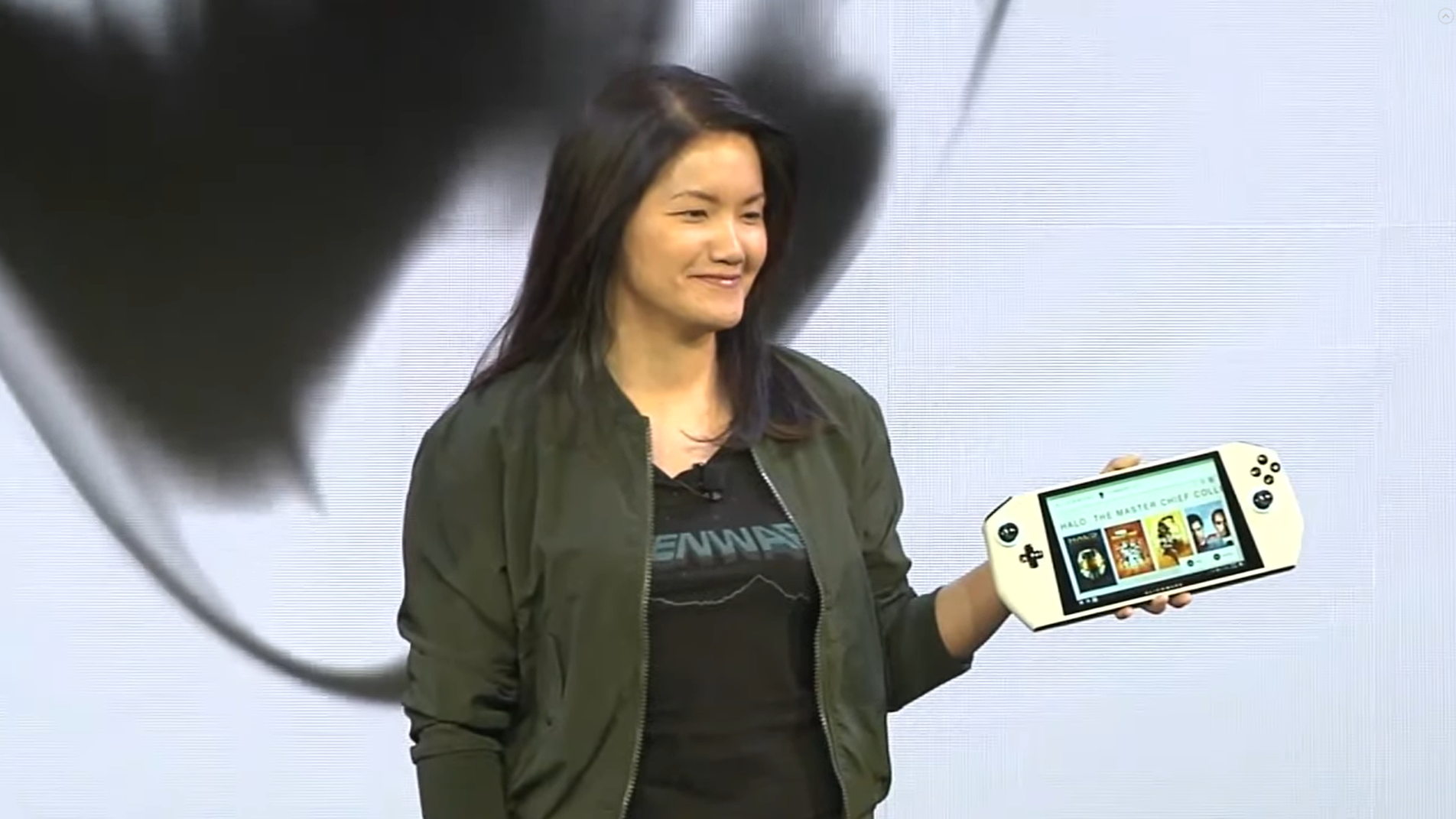 Hello? Is that Alienware? Yes, this is Nintendo’s legal team. Can we have a word?

I must admit, I almost spat out my tea at what Lien showed off what the Concept UFO could do next. Just like the Nintendo Switch, Concept UFO is actually a screen with two detachable controllers. I’m not even kidding. Heck, I’m surprised Nintendo’s lawyers weren’t on the phone trying to shut this thing down mid-conference. 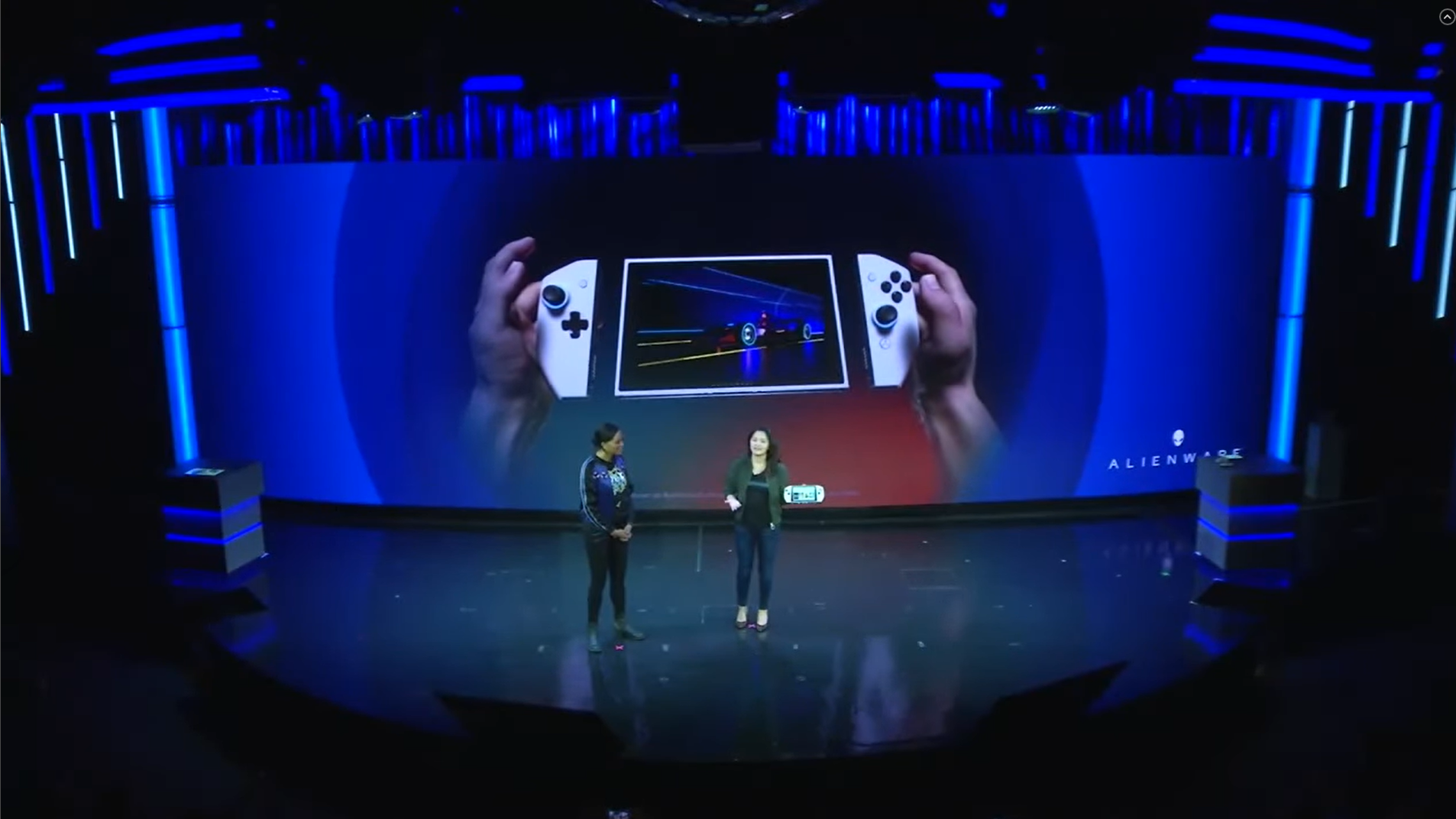 “This is literally every gamer’s dream,” host Aisha Tyler said in response (yes, that Aisha Tyler wot sometimes does Ubisoft’s E3 press conferences), clearly doing her best not to mention the big Nintendo-shaped elephant in the room. (Seriously watch the entire reveal below, it’s probably the best thing you’re going to see all day).

The Switch love-in didn’t stop there, either. As well as being able to play in tabletop mode thanks to the kickstand round the back of the device, you’ll also be able to hook the screen up to an external display and play games with the detached controllers (either in each hand or attached to an incredibly Switch-like controller grip) that way. I mean, it’s literally like Alienware have been copying Nintendo’s design homework and tried passing it off as their own work hoping the teachers won’t notice. Newsflash. We noticed and we’re issuing a detention slip right this second. 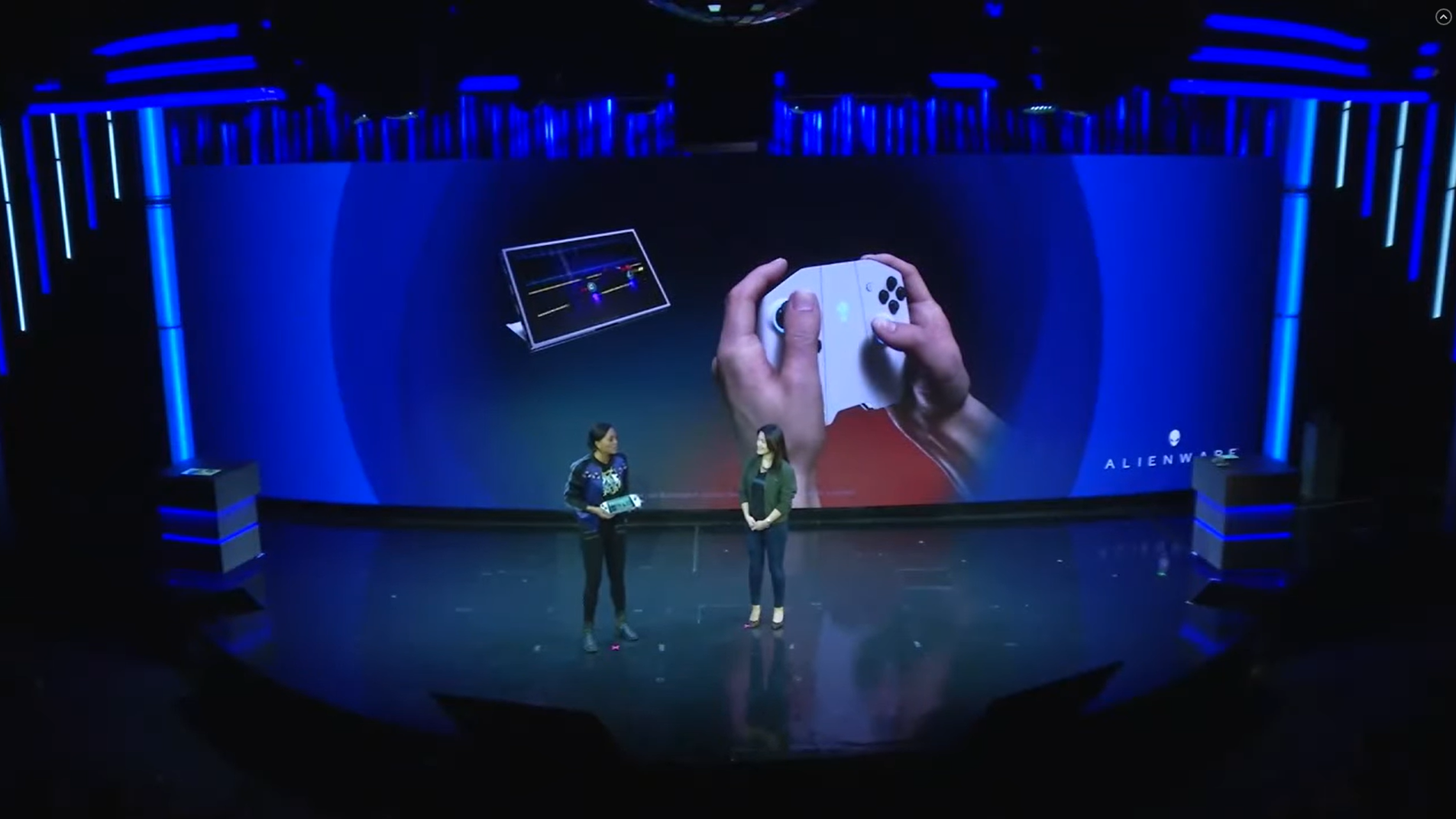 Concept UFO is, of course, just a concept and not a finished product, I should reiterate, but the hardware and software inside it definitely isn’t. Squint closely, for example, and you can see a very small Windows logo in the bottom left corner of the display, which suggests it’s running full Windows 10. Lien also confirmed it had one of Intel’s 10th Gen Core processors sitting at the heart of it, and that the screen measured 10in along the diagonal. Sadly, no mention of resolution was made during the press conference, or how much it currently weighs, but Tyler did say it felt “incredible” when she was oogling over it onstage.

Lien did mention, however, that they’ve been working on many iterations of Concept UFO, and that they also have “many more in the works”, too, so it’s possible Dell might be preparing a whole family of UFO-like devices, perhaps so they can cater for different price brackets and use cases. Maybe like a cheaper, completely handheld ‘lite’ version, perhaps, or a beefier, maybe 4K-capable ‘pro’ version. Who could possibly say…