Another Zotac card, this time the miniature version of the 6GB Nvidia GeForce GTX 1060 – our best graphics card runner-up for best value 1440p gaming. Naturally, this one’s a lot smaller than other GTX 1060s out there, and only has a single fan, so its performance may not be quite as nippy as slightly beefier versions of the same card.

Indeed, this GTX 1060 Mini has the same base and boost clock speed as Nvidia’s reference model, coming in at 1506 MHz and 1708 MHz respectively. As such, these results are probably on the more conservative side compared to other GTX 1060s out there, but it should still give us a pretty good idea of the bare minimum we can expect from this type of card. Indeed, Capcom recommends having at least a 3GB model of the GTX 1060 for Monster Hunter: World, but I was pleased to see the 6GB version performs well over and above the rather modest expectations I mentioned at the beginning of this article. 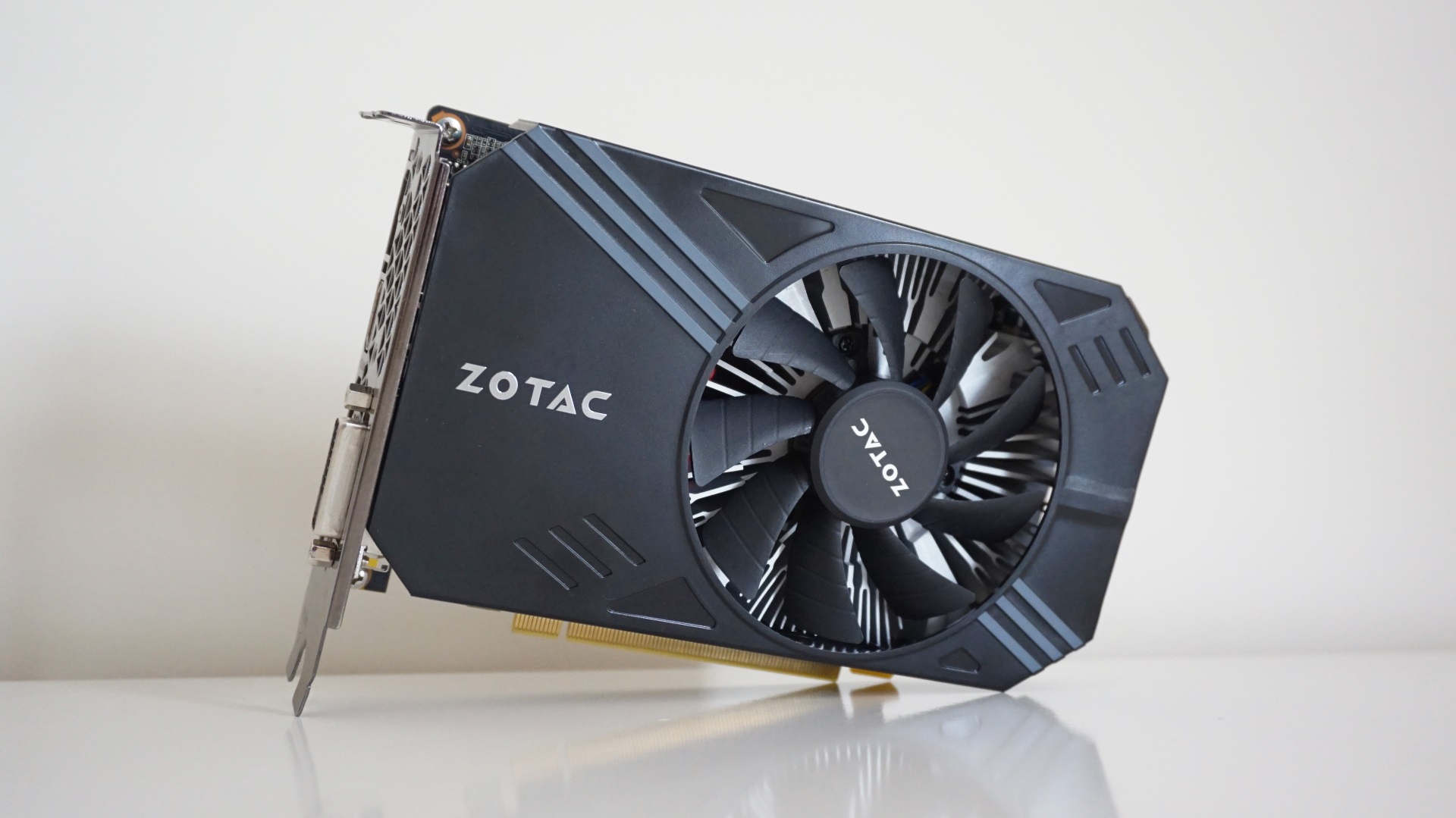 Absolutely. High is where the GTX 1060 is probably most comfortable, hitting a consistent 60fps in both the main hub environment of Astera and in the wider jungles that lie beyond it. Regardless of what resolution scaling option I had enabled, I saw highs of around 65-68fps on some cases, and it rarely dipped below that 60fps sweetspot.

It’s pretty amenable to playing on Highest, too, although here you’re looking at an absolutely maximum of around 50fps with resolution scaling set to High, if not something closer to 40fps-ish when you’re knee-deep in Pukei-Pukei dung. That’s still perfectly playable, to be honest, and it’s not like the frame rate suddenly tanks when you’re slicing and dicing bigger beasties either. Besides, you can always chop the volume rendering down to Low and get an extra five or so frames out of it to help keep things feeling nice and smooth.

You can indeed, but with a couple of compromises. Highest is too much for this particular GTX 1060. The frame rate struggled in the 25-28fps region with the resolution scaling set to High, and even when it rose to around 35-38fps when I switched the scaling over to prioritise the resolution, I saw a visible drop in sharpness that made everything look a bit fuzzy and nasty.

Instead, you’ll get a better-looking picture and smoother frame rates by dropping the graphics preset down to High. Here, I got a decent 40fps while I was out and about chopping up Anjanaths, regardless of resolution scaling setting, and fiddling with the volume rendering meant I could push it a fraction higher up to around 45fps.

Dropping everything down to Mid didn’t really improve much, either, as even here the frame rate tended to settle on a rough average of 40fps no matter whether I was out in the wilds or hanging out in Astera. As a result, you might as well stick with High and take advantage of all its lovely, juicy details rather than try and squeeze an extra couple of frames out of Mid.

If you’re really desperate to get 60fps, there’s always the option of settling for MHW’s Low setting, but as I described on the previous page, this is about as ugly as being vommed on by a Great Jagras. Yes, you get a steady frame rate in the 70-80fps area, but trust me, it’s just not worth it.

Just about, but you’ll get a much better experience sticking with lower resolutions. Mid will get you an average of 34fps, but really, you’re looking at Low for the smoothest experience, which seems silly considering what you can get at 1080p and 1440p.