Sassy robot sidekicks are awful. They’re almost always the worst part of any game they’re in. I would not oppose an outright, global ban on including them in anything. But open world space sim Wayward Terran Frontier: Zero Falls has one, and it’s great. 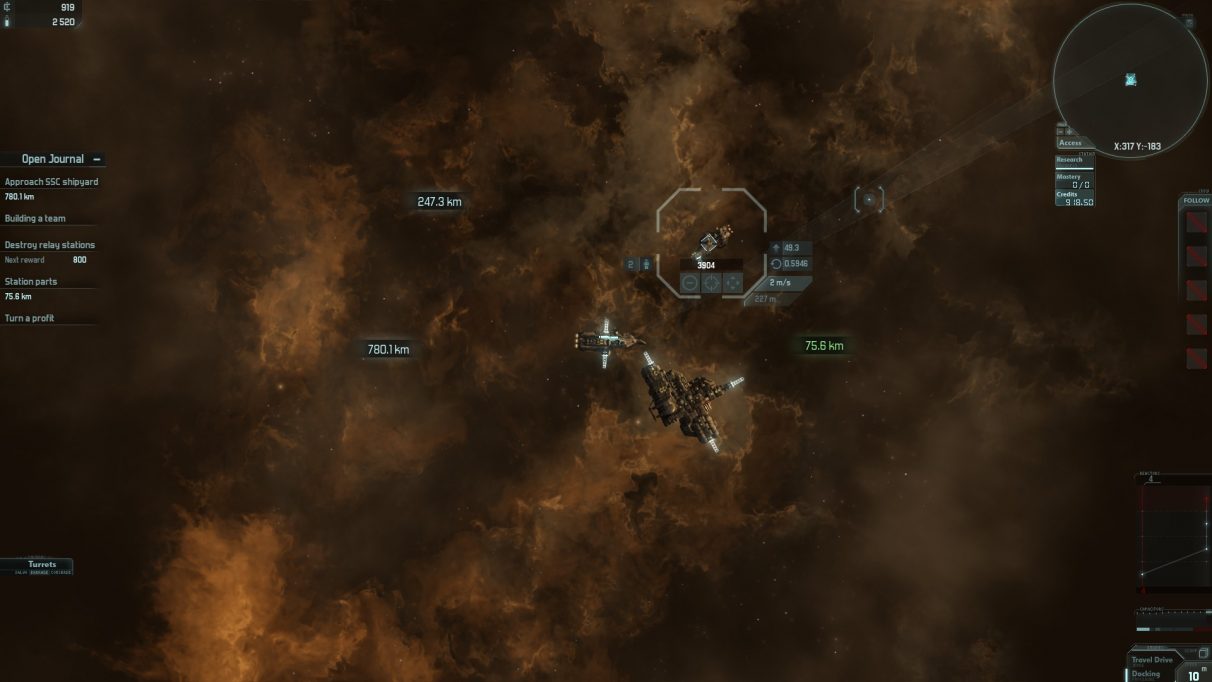 “One” is their name, and they lead the story mode, in which you’re a functionally immortal human carrying out One’s purposes. That’s more of a framing device than a straightjacket, since you’re free to do what you want. Die, and you’ll reappear at your homebase as a fresh clone with your memories intact. You can’t oppose One, but there’s no reason to anyway. Other than that you have a free hand, and working with them means getting more ships, equipment, and resources.

The setup is dark, and ripe for drama and misery, but the tone is too playful for that and the writing is too funny. You’re strangely allied, you and this sassy robot, and while it thankfully doesn’t mess with the fourth wall, your character can be pretty blasé about the whole situation, and even have fun trolling and exchanging jibes with One. For their part, One doesn’t hate you, and even seems to enjoy when you talk back a little. Most sassy robots are annoying because either your character has power over them but you can’t slap them until they shut up, or they have power over your character and they’re an insecure, preening dickhead about it. One is above all that.

When they suggest boarding and looting an abandoned station, I turned them down. “Right, well it’s not like the free stuff in those stations was for me,” One says, “I hope you enjoy being poor and naked.”

“I will,” I stubbornly replied. 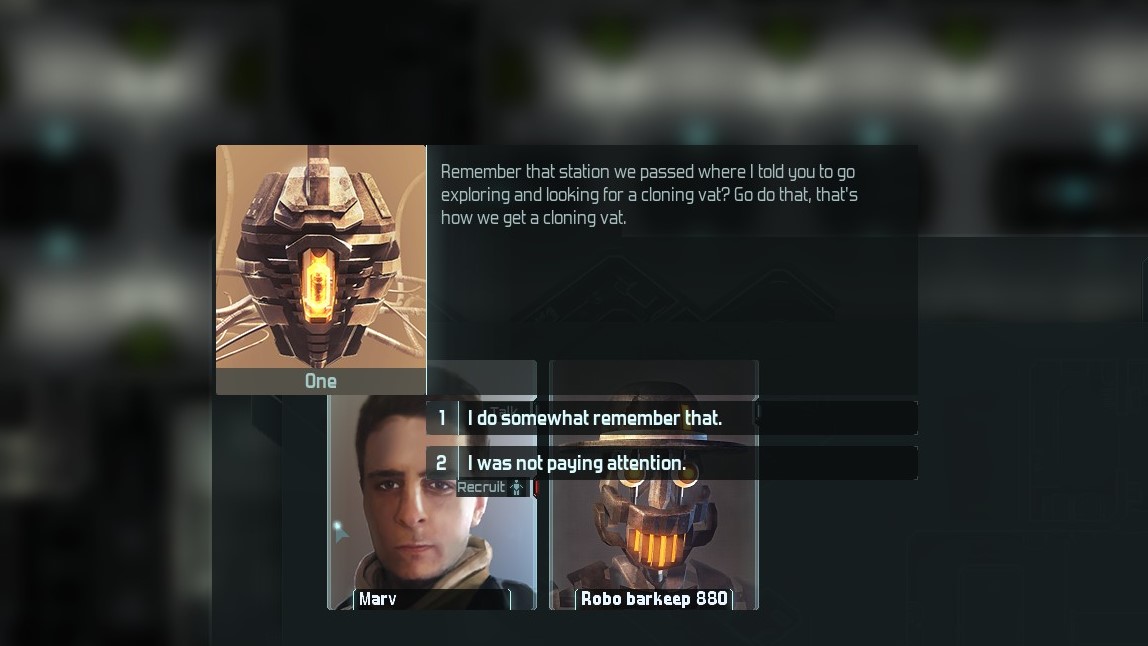 It’s kind of like if SHODAN pulled her head out of her arse.

“Is this going to be another test of your ‘making me die’ system?” you can ask early on. “I haven’t decided yet,” quips One. If you pull them up on something they say in passing, you get a delightfully understated “Now the human lectures the computer on how databases work.” You both give as good as you take, and that little bit of power turns One from an overbearing tutorial voice into a double act.

WTF is a bigger game than I’d guessed, and I’ve only dabbled in its earliest parts. Your home base can zap up ships easily, but you need to find blueprints and pay to research things in order to unlock more components and ship frames to put them in. It looks like taking me a while, though there are several ways to do it, and One isn’t particularly fussed which you choose. 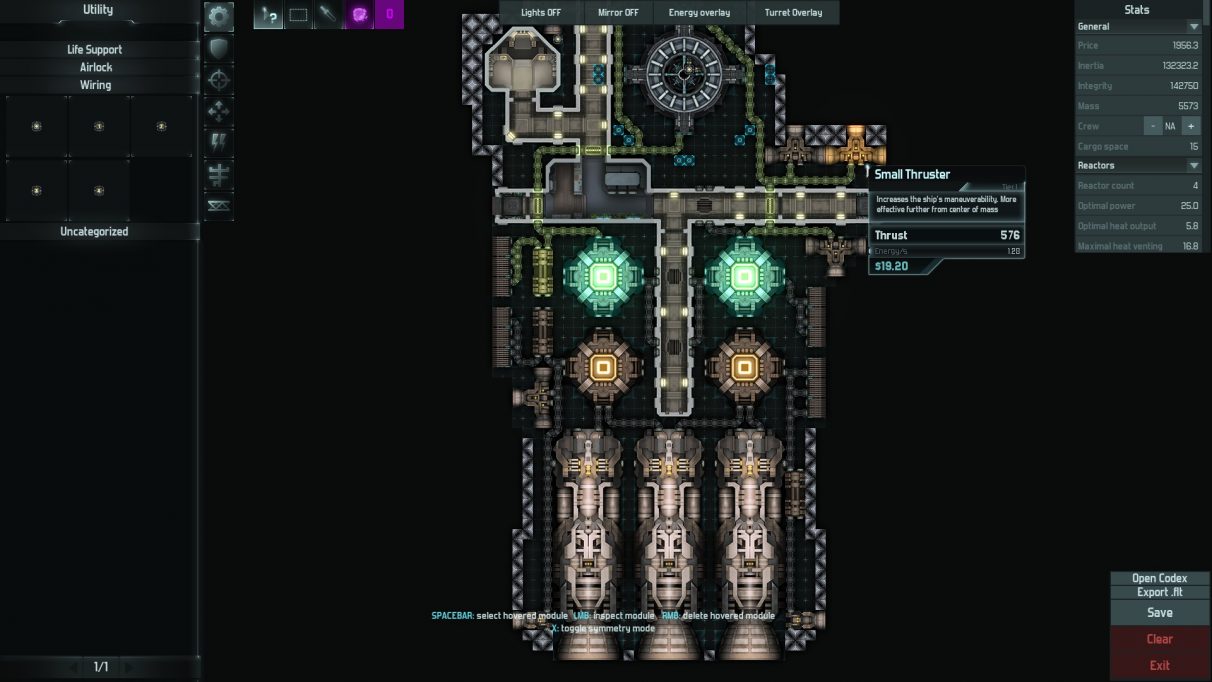 I’ve not fully explored ship design, but it hits a good balance between detail and ease of use.

Its main draw isn’t a story, but the promise of free-wheeling space adventures and fights with modular, fully simulated ship interiors (which are often pleasingly assymetrical, causing some ships to handle unevenly due to differing thruster layouts). It does that thing where you control each ship from its helm, but also have to physically walk around the ship’s interior, which you can redesign once you’ve researched enough blueprints. You can fly away from a fight then leave the cockpit to spray repair juice at the capacitor that last enemy shot up, then turn back in to finish the fight. You can open the wrong airlock and hurl yourself out. You can shoot a merchant to ribbons, then board them and loot through their cargo hold, or even capture the ship and take it home for your own use.

In my first exploration of WTF, I played a little bit of it and something trivial put me off. A bad mood made me more judgemental. It happens. But I remembered having fun with One, and I went back and found more to enjoy. That extra bit of personality in a tutorial makes a big difference sometimes, and I’m glad it lured me back.